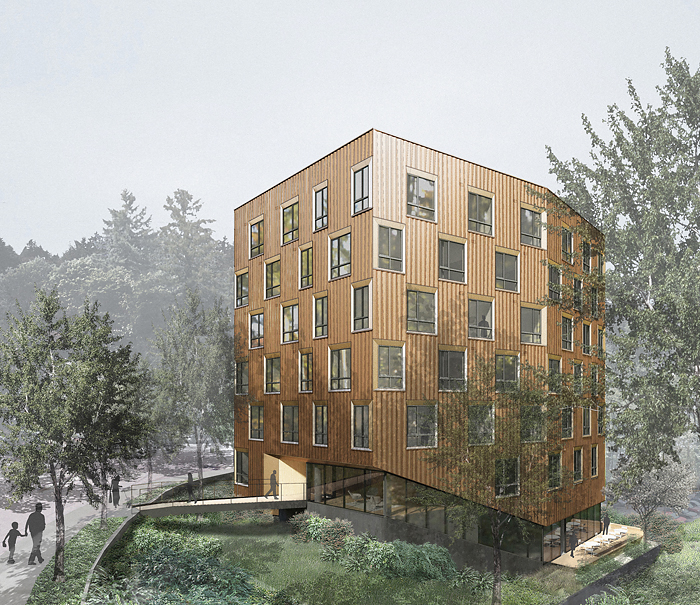 The project was designed by Lever Architecture with LRS Architects, for developer Project^. Lever and Project^ also formed the team behind the Arthouse Apartments and the Union Way shopping arcade. As at the Arthouse Apartments, the building’s primary exterior material is vertical metal panels in a chevron form. In the approval decision [PDF] by the Bureau of Development Services staff note that:

The project’s site was previously the location of Portland’s Ronald Macdonald House, shown here in April 2014. The Marquam Hill location was closed in July 2013, and is now located in Riverplace, near the base of the aerial tram. A demolition permit for the 1940s stucco building was issued in May. 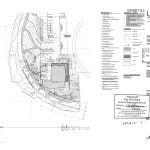