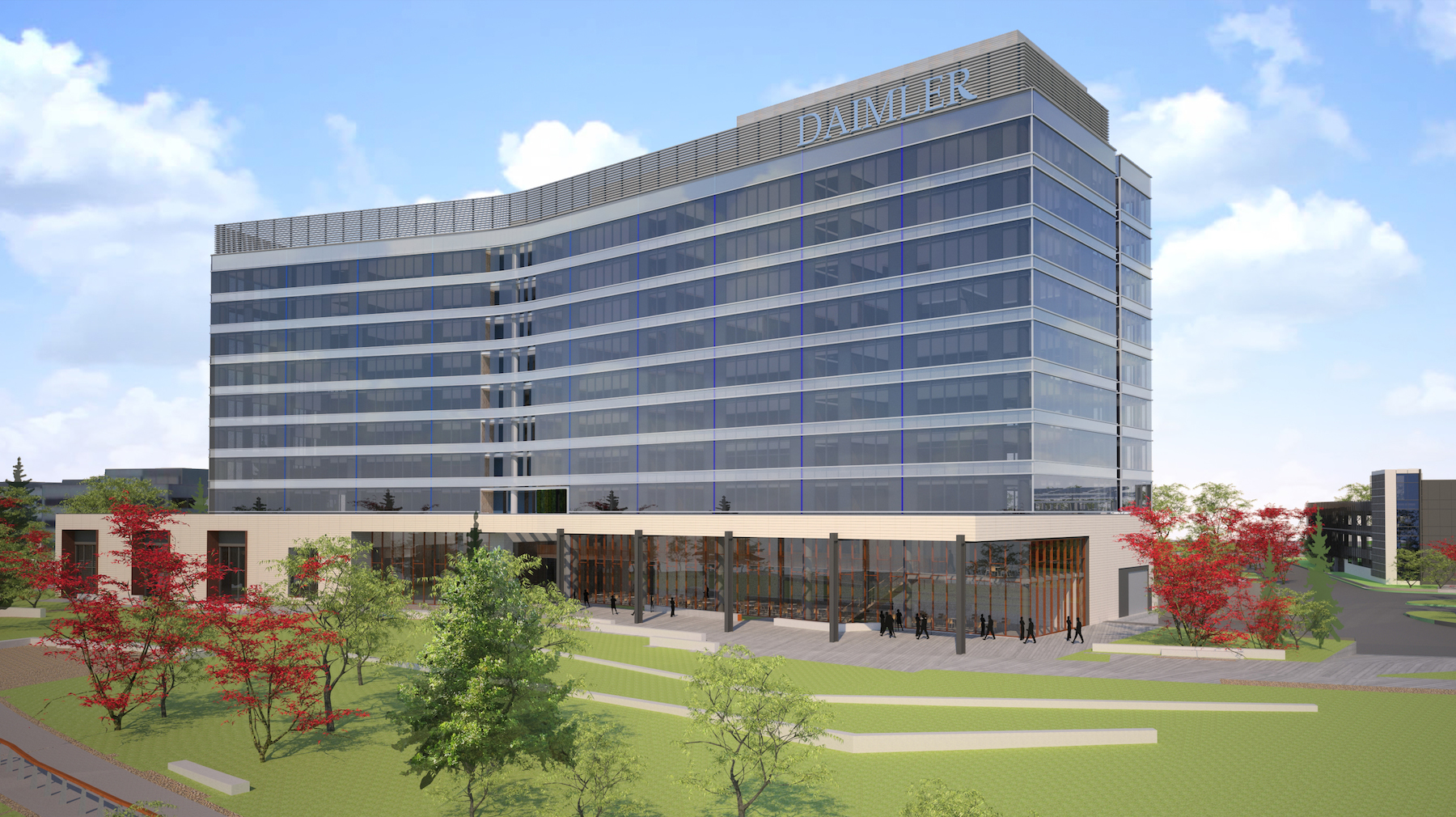 A ceremonial groundbreaking for the 265,000-square-foot expansion took place in July, with Governor Kitzhaber and Mayor Hales present. Completion is expected in 2016. 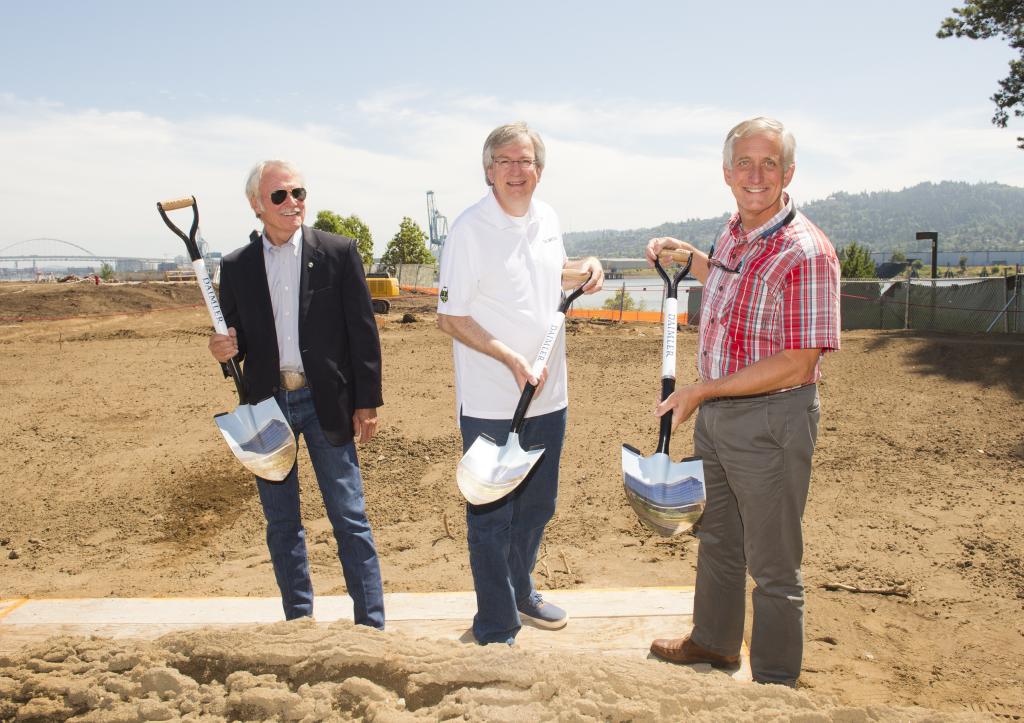 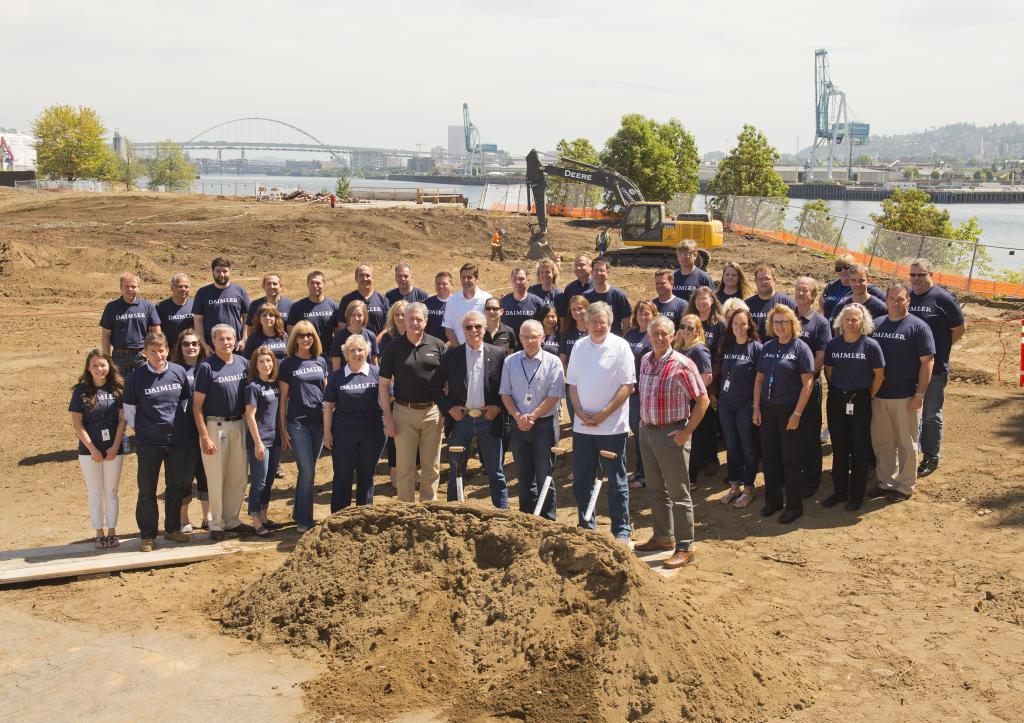 The building replaces the 1970s Ports O’Call building, seen below in 2009. The building was demolished earlier this year, and surpassed its goal to recycle at least 96 percent of all demolition material or donate it to The Rebuilding Center.

According to the Greenway Review Approval [PDF], the project will create a new 12-foot wide concrete trail along the Willamette. The publicly accessible trail will connect to existing trail segments at both ends. Portions of the Ports O’Call building foundations will be saved, to support two new viewpoints along the river. 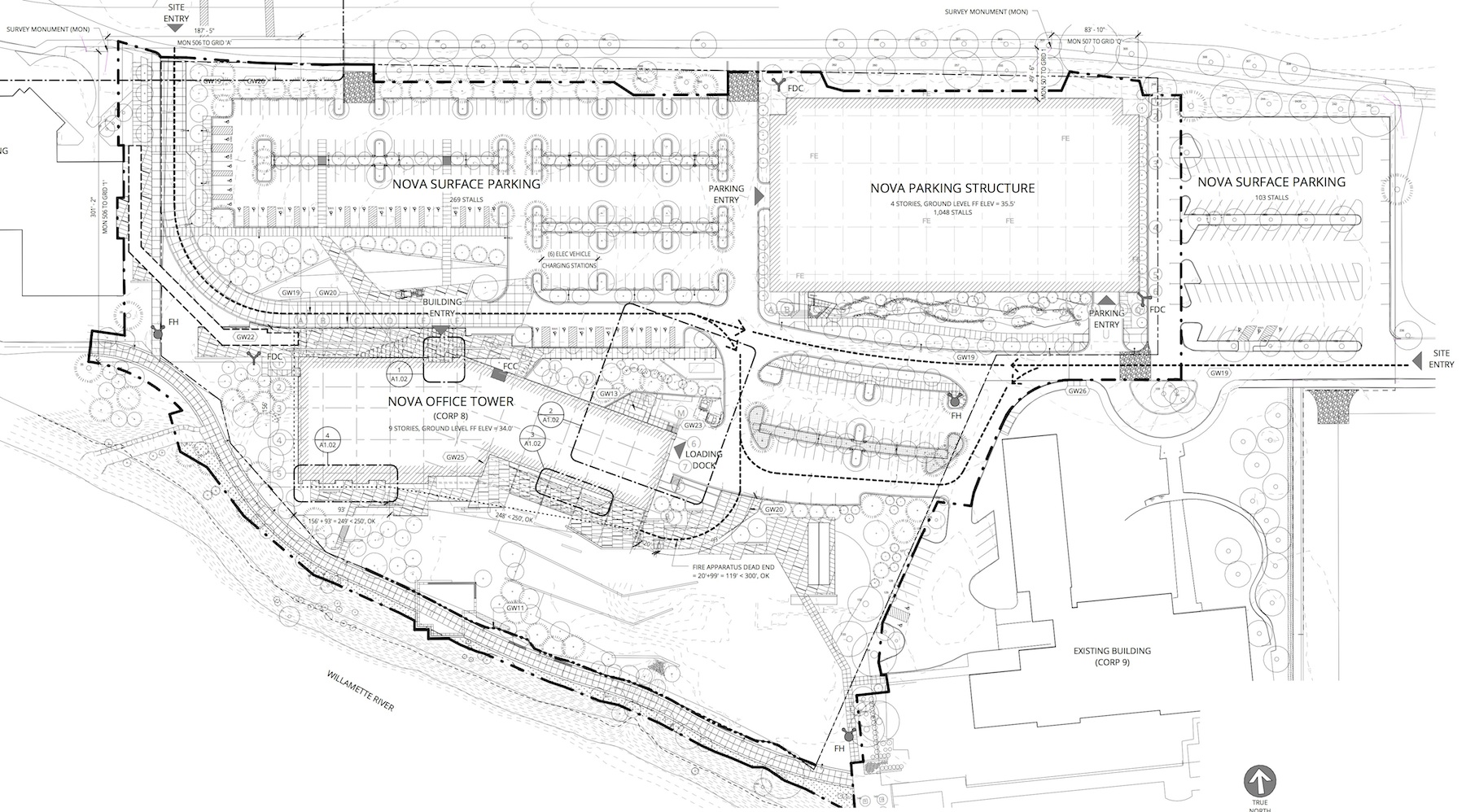 One thought on “Daimler Trucks North America HQ under construction”