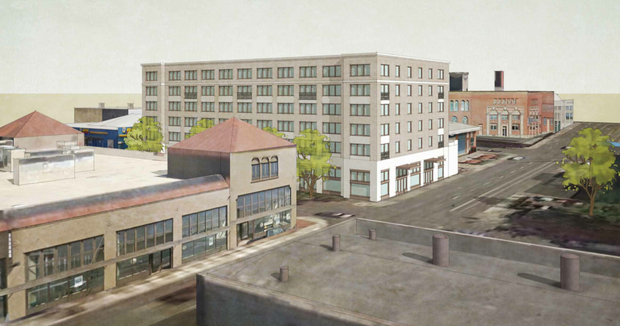 Developer UDG have requested an Early Assistance meeting for a project at 2100 SE Belmont St, a site which has previously been profiled by the Portland Chronicle:

Jones Architecture have requested an Early Assistance meeting for a project at 8247 N Lombard St in St Johns:

Ankrom Moisan have applied for a Type III Design Review for a project at 915 SE Belmont St. The Oregonian reported on the project, as proposed in 2013:

A demolition permit was issued for a 1953 church at 5000 SE Lincoln, which will be replaced by 18 townhouses:

A building permit application was received for the Treece & Lambert apartments at 2238 NE Glisan St, whose architects is Barry R Smith:

A foundation permit was issued for the Hyatt House at 2080 SW River Drive, one of the last remaining parcels in Riverplace: