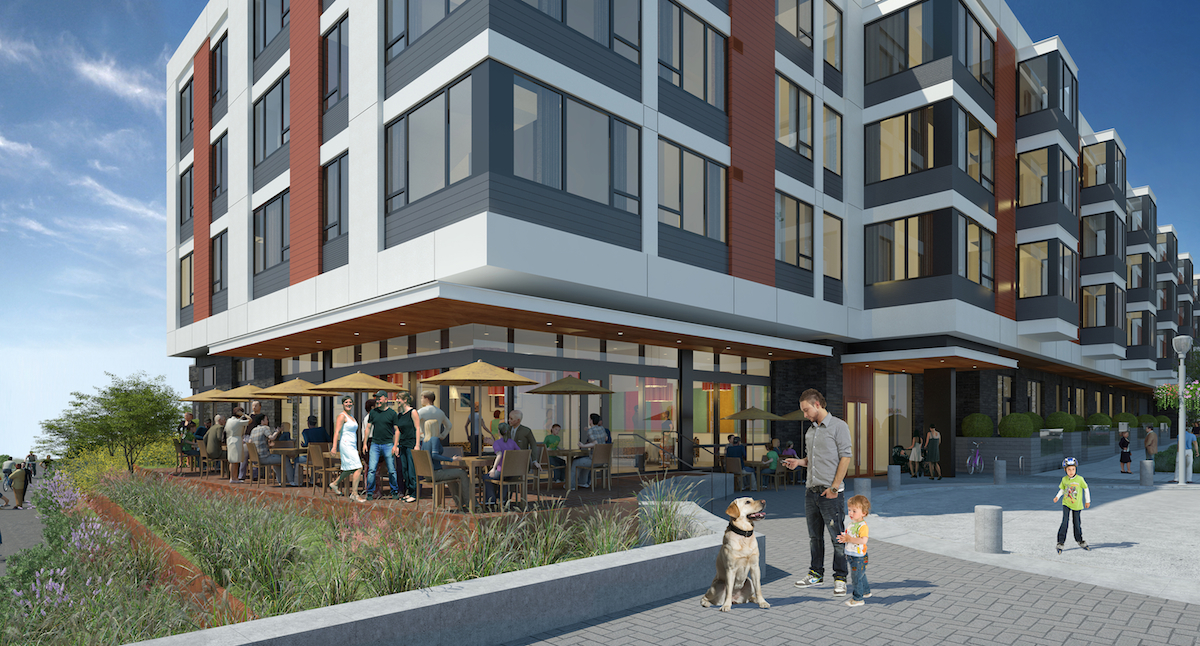 Exterior materials at the ground level include black aluminum storefront windows, board formed concrete, dark gray brick and metal panel. At the upper levels materials include white stucco, dark gray brick, metal panels in three colors and black vinyl windows. The roof of Block 37 includes rocks in a colored pattern, designed to represent the north-south flow of the river. 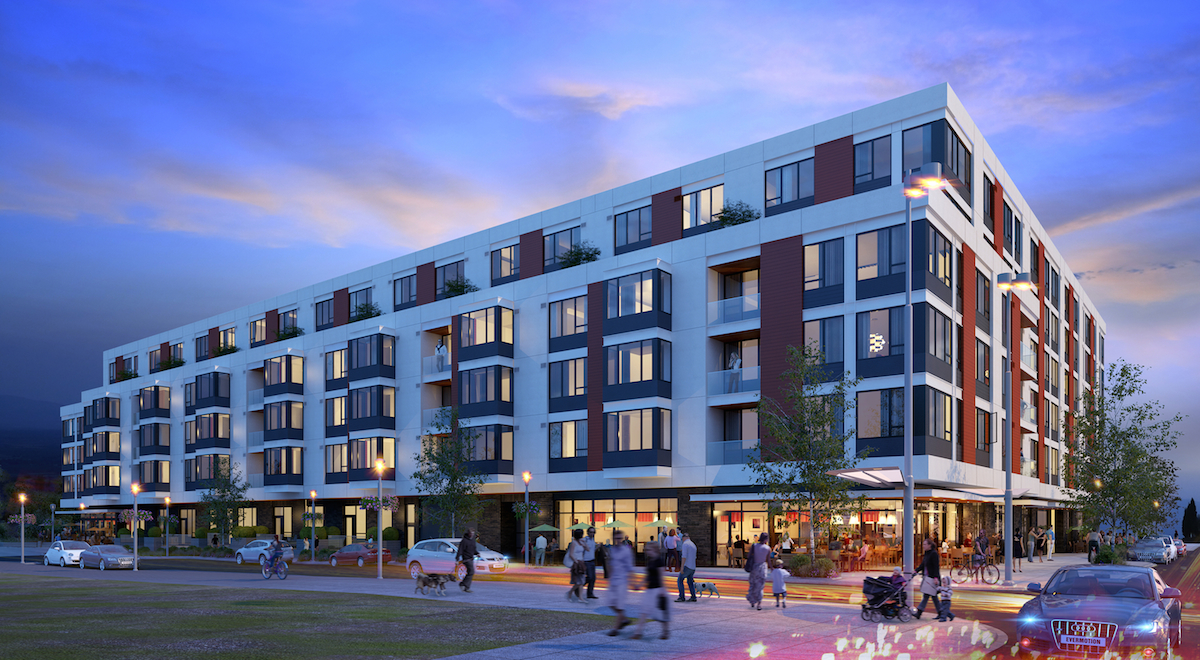 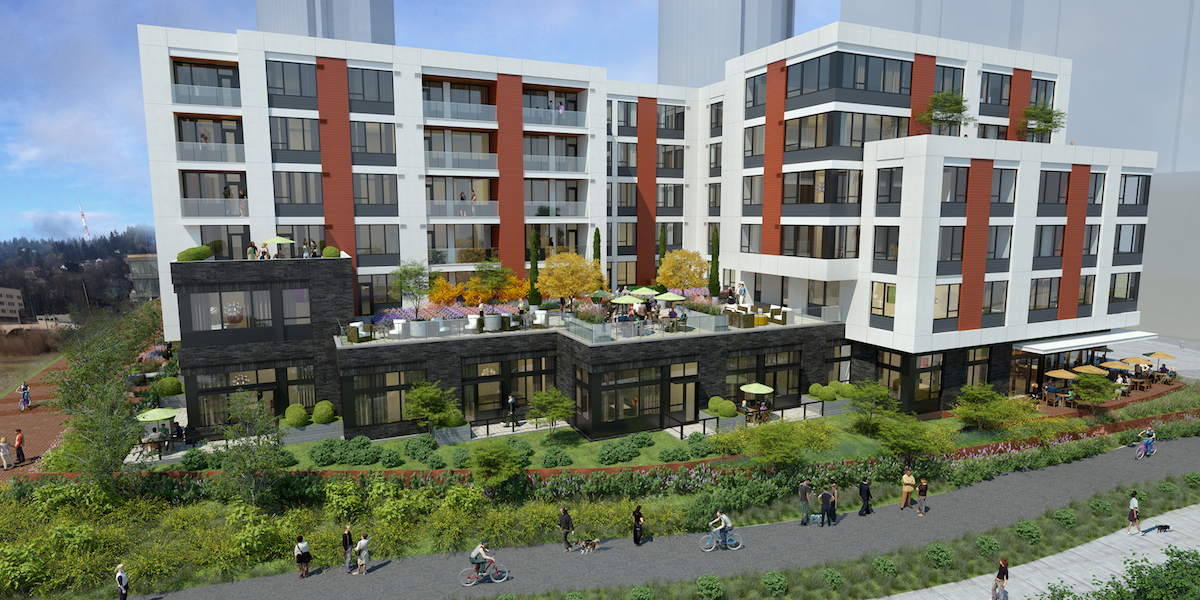 Block 37 will face directly onto the Willamette. The South Waterfront Greenway will extend past the building, with parallel paths for pedestrians and cyclists from SW Gibbs to SW Lane. The park is scheduled to open in 2015, however landscaping in front of Block 37 has been postponed due the scheduled construction. The landscaping for the building will be integrated with the landscaping by Portland Parks & Recreation to ensure a seamless transition. A 1,500 sq ft retail space will be located at the corner of the Willamette Greenway and SW Gaines Street; this will be the first retail space in South Waterfront directly on the river. 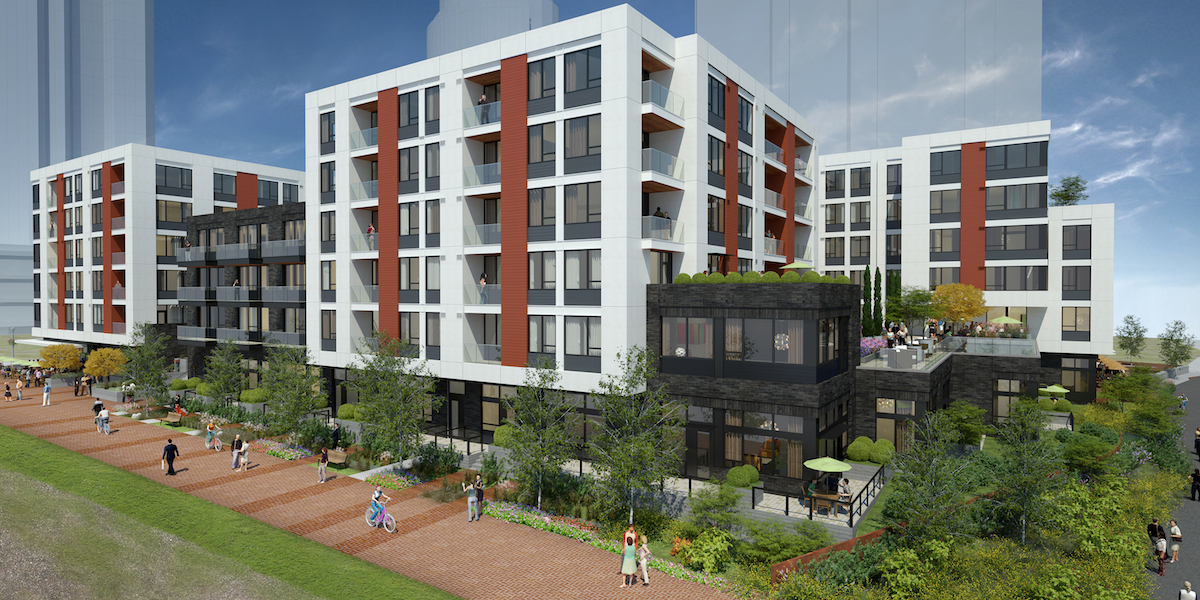 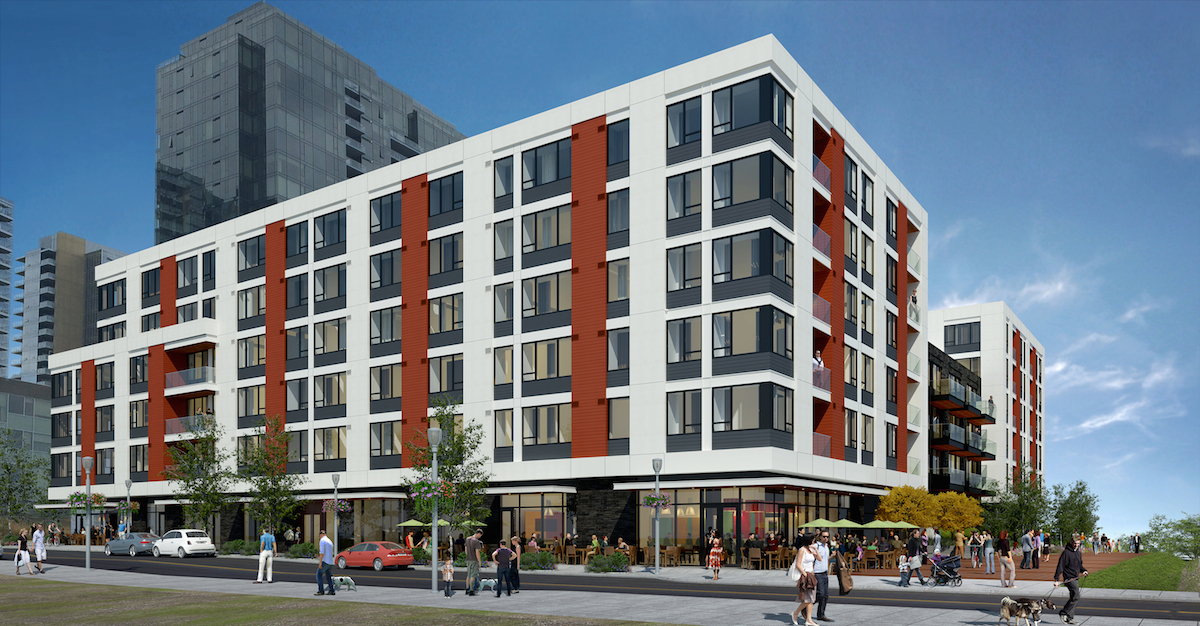 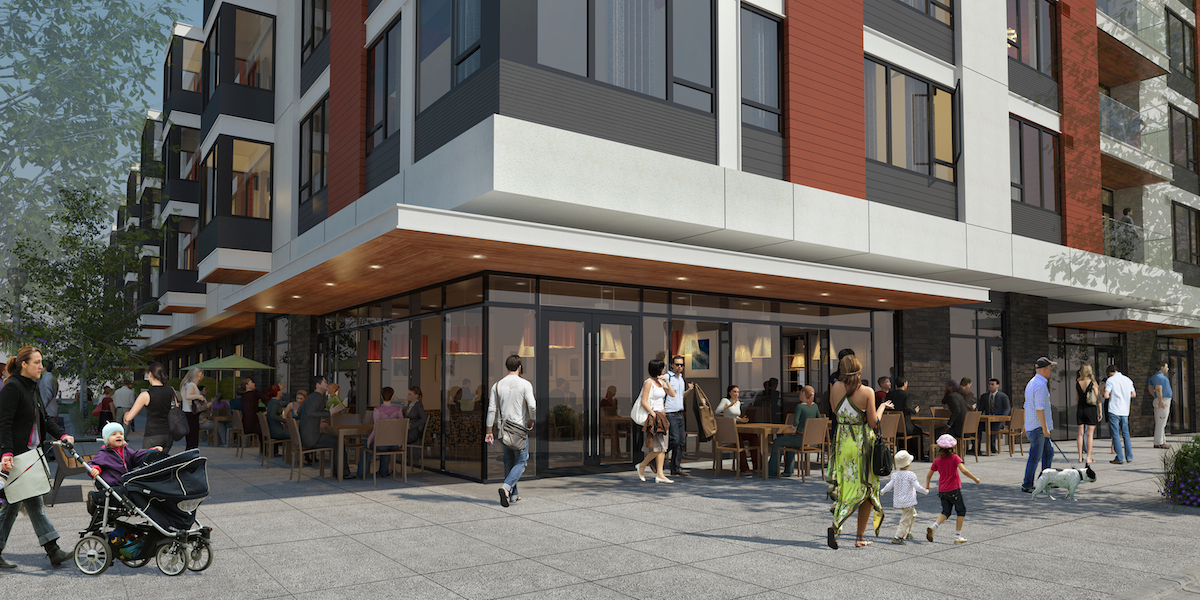 The site was previously vacant land, owned by Williams & Dame, South Waterfront’s original developer. Between 2009 and 2013 the land was used as a community garden. The land was sold to Mack Urban in 2013.

As revised, the current proposal will be a great addition to South Waterfront District by adding activity and pedestrian scale to the abutting streets, accessway and future greenway trail. Significant revisions have been made since the last hearing on July 10th that improve the relationship and transition to the greenway, break down the mass on the north and south facades and increase the coherency of the overall design and building elements. Staff is recommending three Conditions of Approval for an additional column of balconies on the west elevation, vault lid cover that matches or is painted to match the color of the pavers, and an alternate design of the non-removable bollards in Lane which will further articulate and unify the façades and improve the pedestrian experience in the accessway, respectively. These revisions address the most recent concerns of the Design Commission and therefore warrant approval.

This approval was subsequently appealed to the City Council, based on opposition to a Modification that was granted, which will allow the building to project into the SW Lane accessway setback. The Design Commission’s decision was upheld by the City Council. Construction began in December 2014. 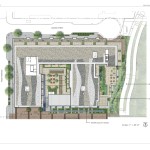 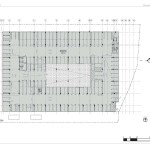 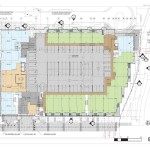 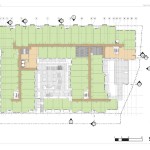 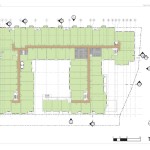 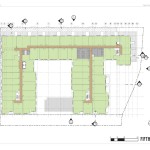 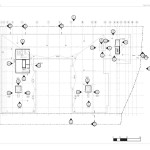 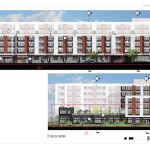 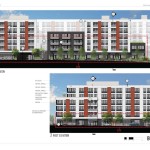 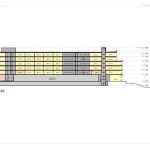 5 thoughts on “Under Construction in South Waterfront: Block 37 (images)”