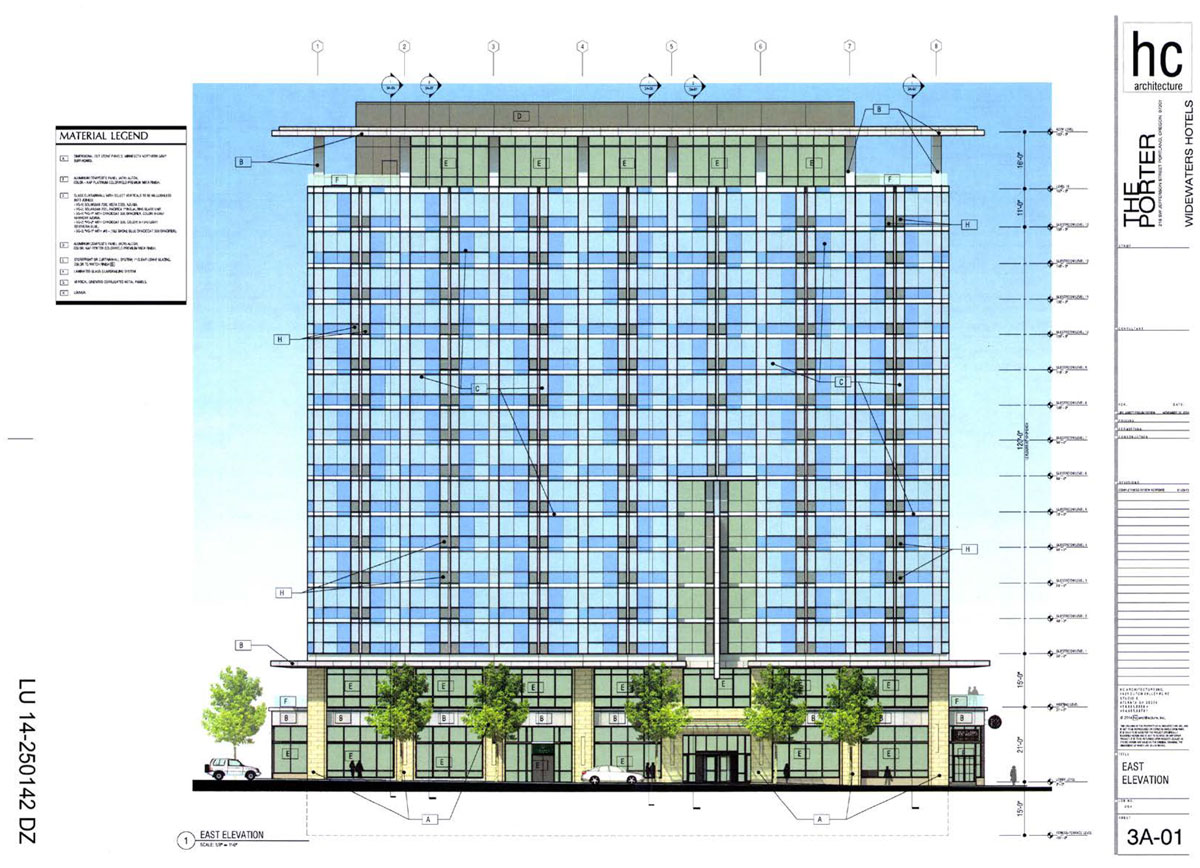 The Porter will be 16 stories and 190’ tall. There will be one basement level with a pool, sauna, spa and fitness center. A restaurant, bar, lobby, a market and take out window will be located on the ground floor. A rooftop restaurant is proposed for the top floor.

Since the initial designs presented to the Design Commission the base of the building has been simplified, and a large rooftop sign has been removed. Trespa rain screen panel has been removed from the primary elevation, resulting in a fully glazed facade. 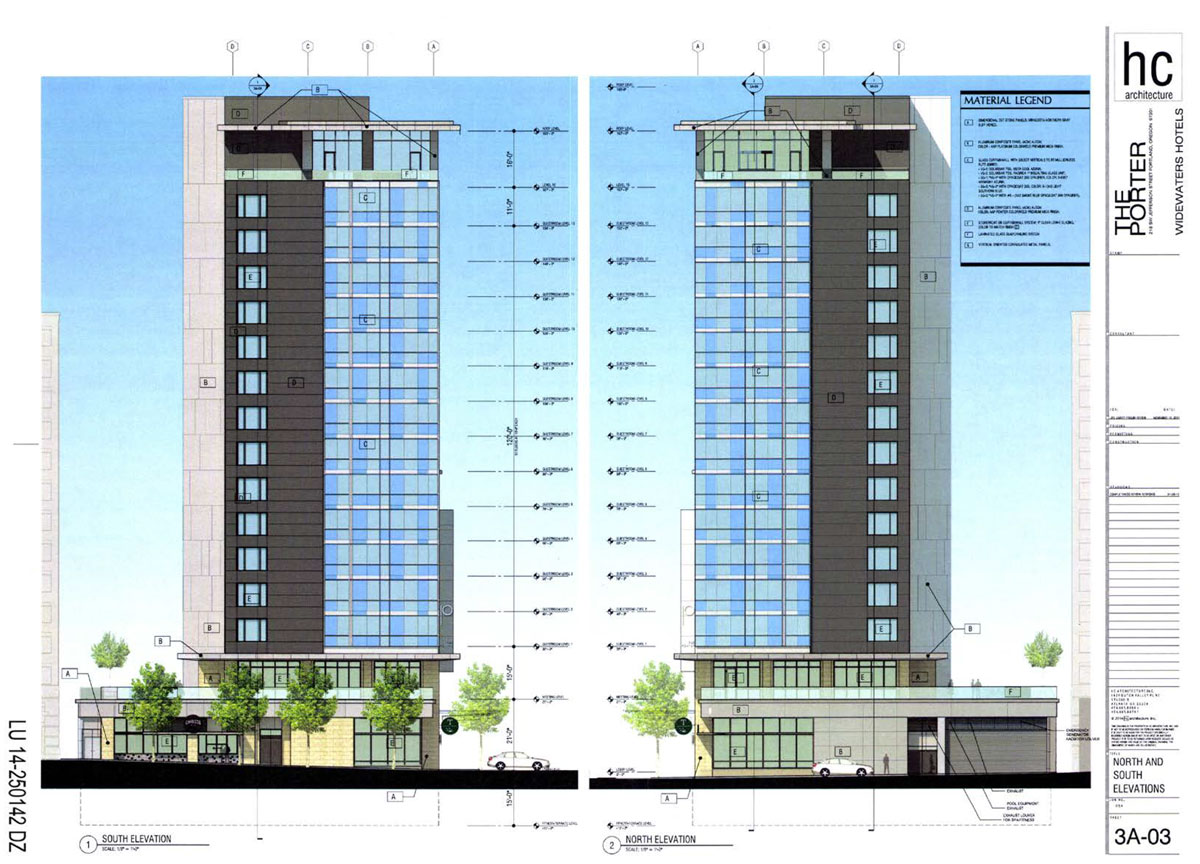 The project site is a vacant 20,400 sq ft lot at SW Second and Jefferson. It is located on the same block as Essex House, a 13 story apartment building built in 1991. A vacant building on the site, last used as offices for Pendleton Woolen Mills, was demolished in July of 2013. 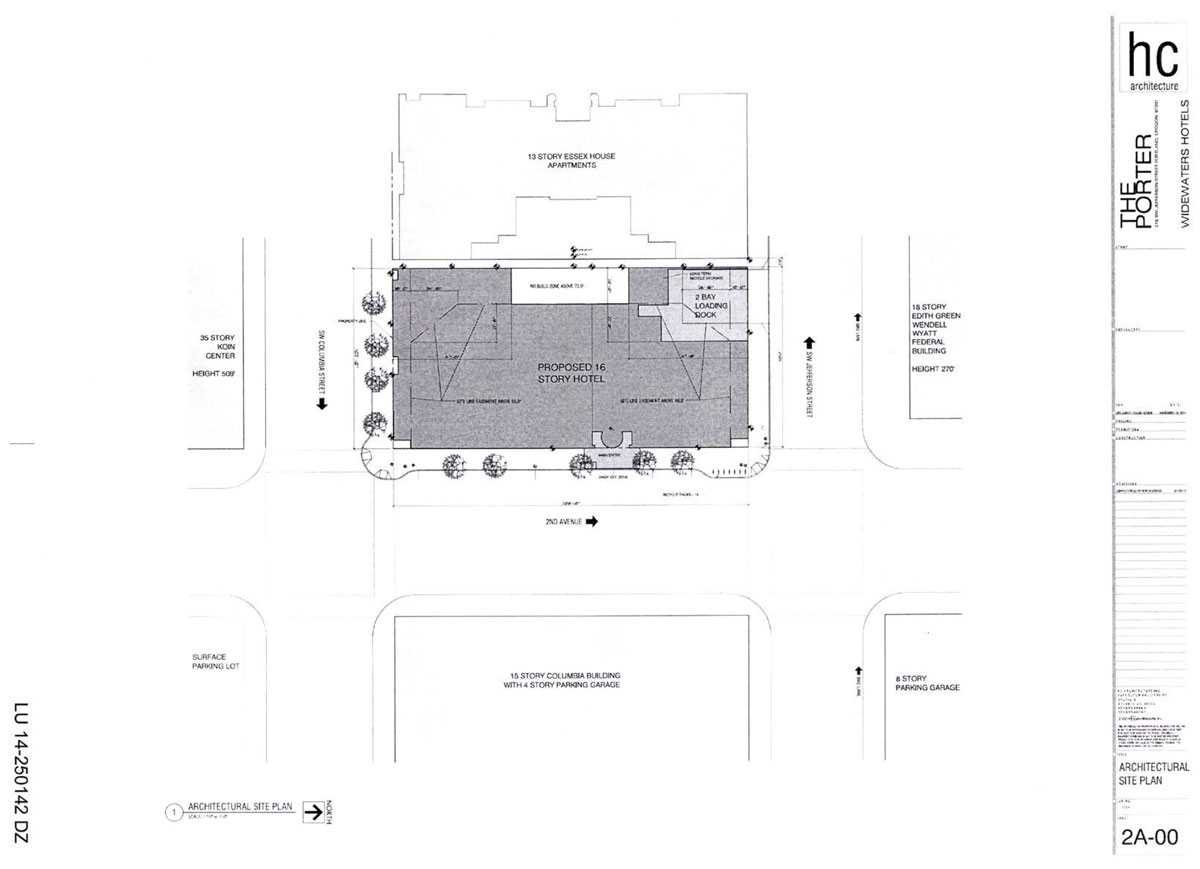 A Type III Design Review was applied for in December 2014, and was determined to be complete on February 2, 2015. A hearing before the Design Commission is currently scheduled for April 2nd.