Design Advice has been offered to GBD Architects for South Waterfront Block 41. The proposed 6 story building will include 200 apartment units, with 187 vehicular parking stalls and 342 long term bicycle parking spaces provided for the residents. 3,500 sq ft of retail is proposed along SW River Parkway. 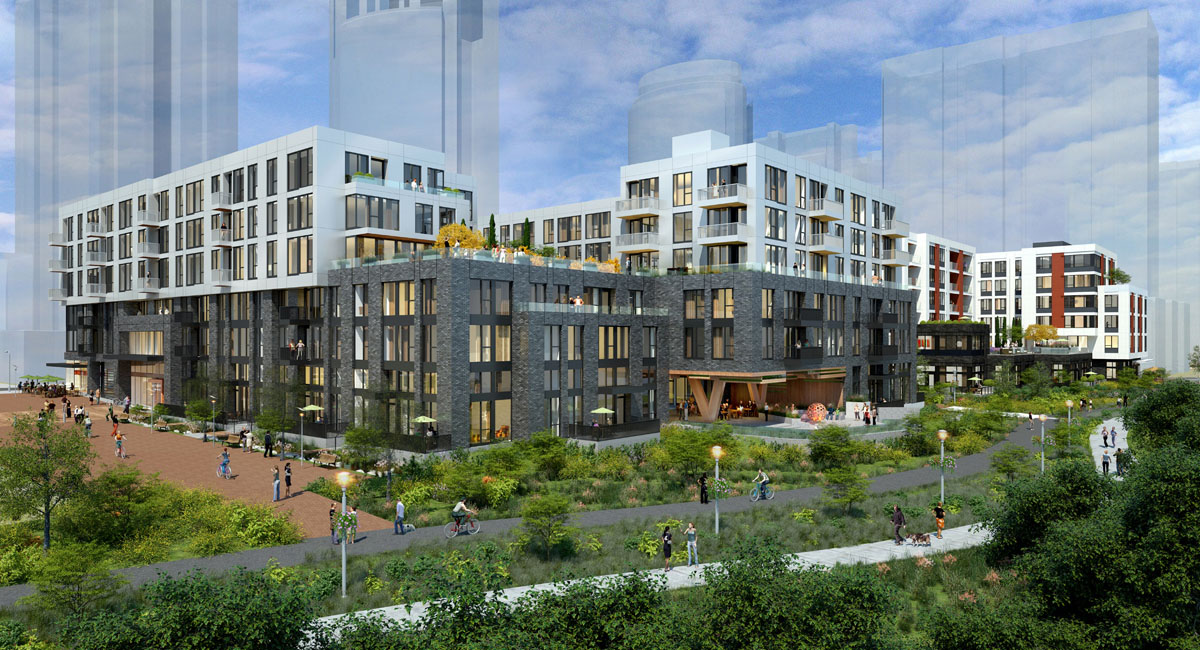 The project will be located on vacant land on the Willamette owned by the Prometheus Real Estate Group of San Mateo, CA. A Land Division Partition, which will divide their land into 6 parcels, is currently under review. The street grid will be extended through the property, and the future Block 41 will sit between SW Lane and SW Abernethy. The Block 37 project, also by GBD Architects, is currently under construction immediately to the north. 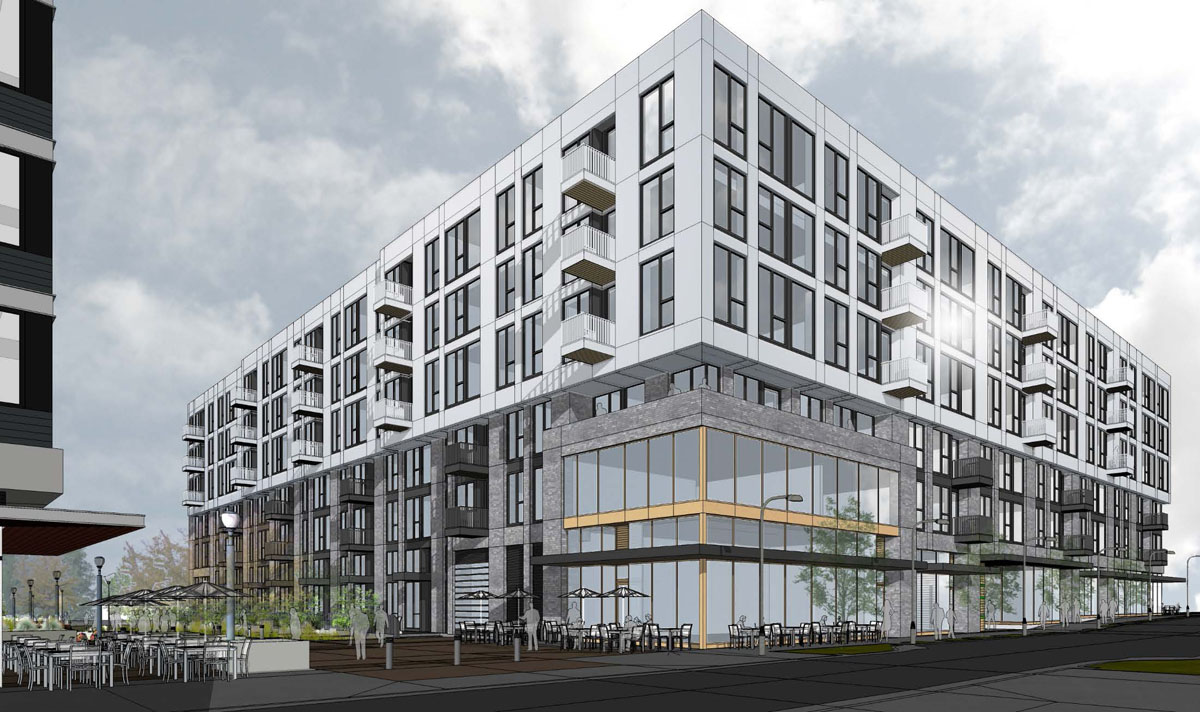 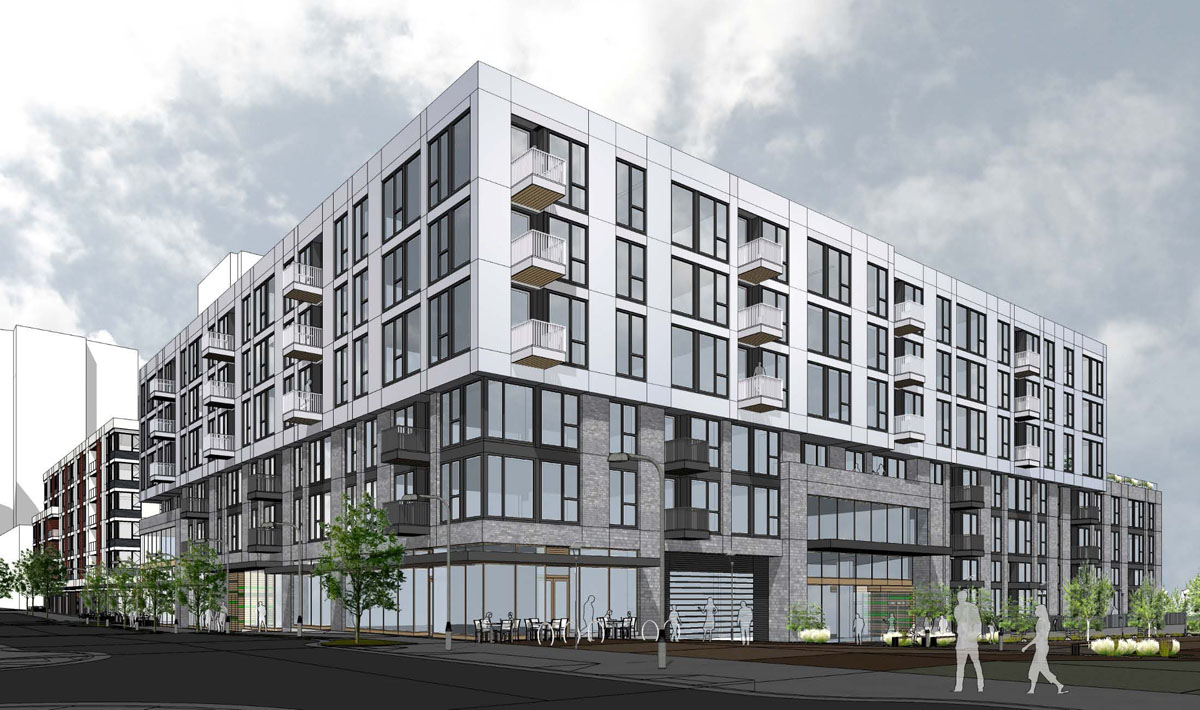 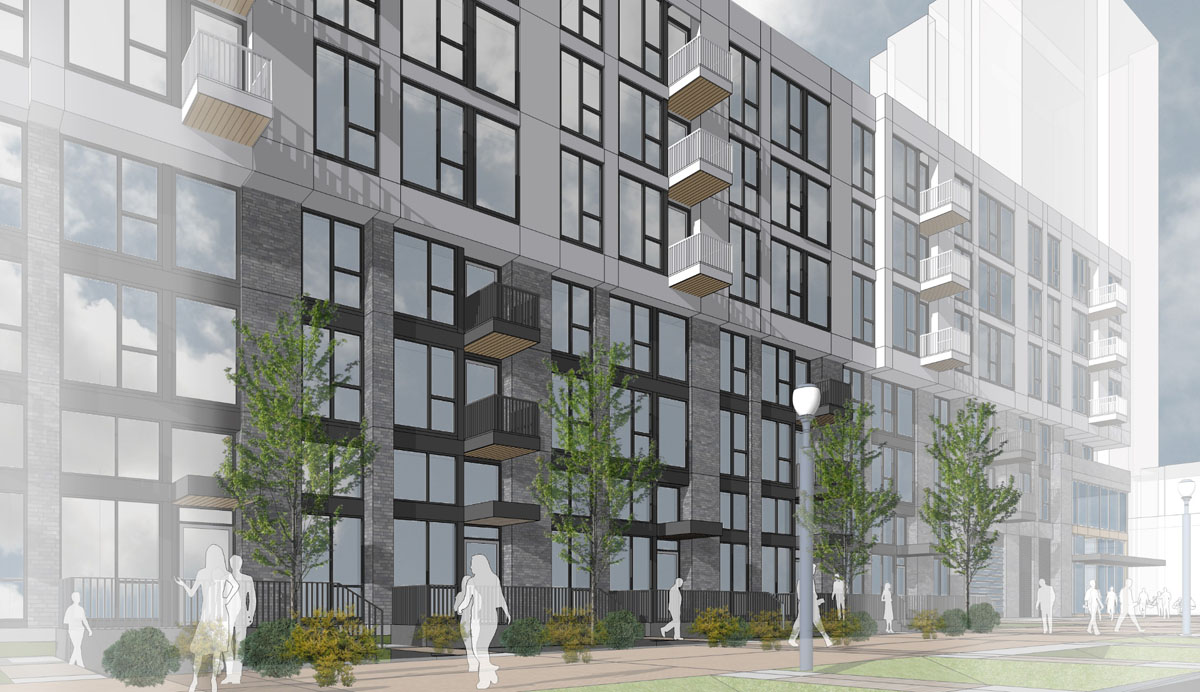 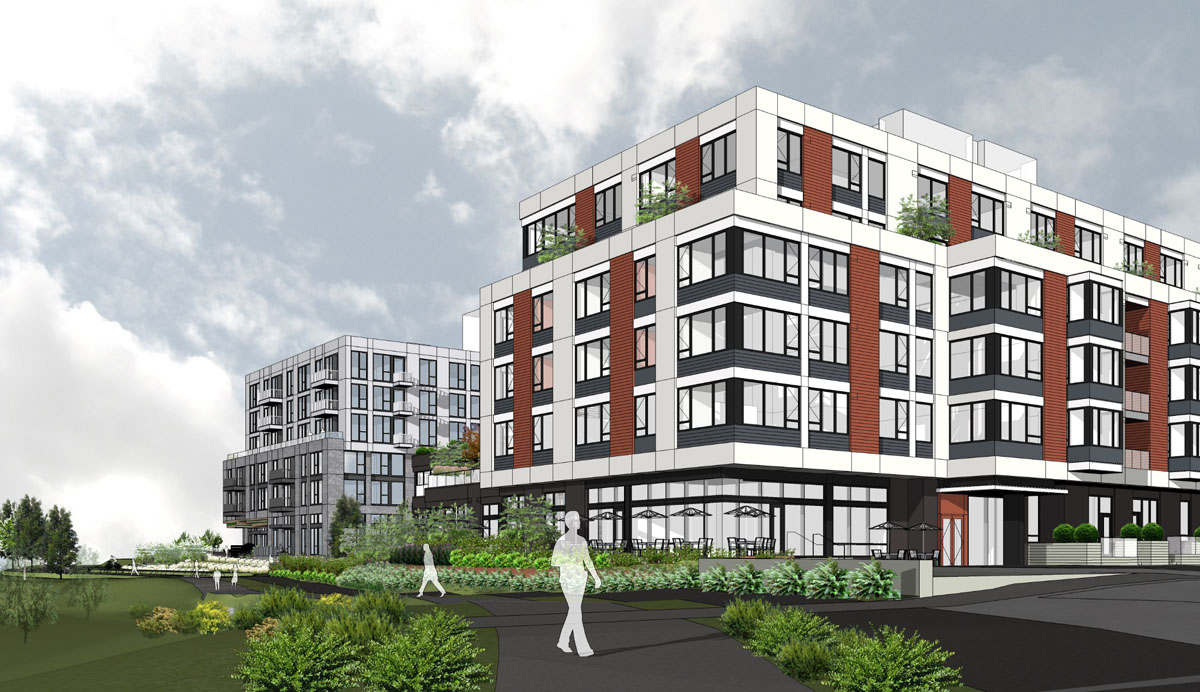 The landscape architects for the project are Place Studio. As part of the project the newly built South Waterfront Greenway landscaping will extended past Block 41. Unlike the properties to the north, the private ownership of the Prometheus property extends nearly to the water’s edge. The drawings show the buildings set back 100′ from the river edge property line, with the required twin greenway trails located in the greenway setback. The applicants are in the early stages of disucssions with Portland Parks and Recreation, who may be involved with the project. The Zoning Code requires that the greenway improvements be in place within 4 years of the project receiving a certificate of occupancy. 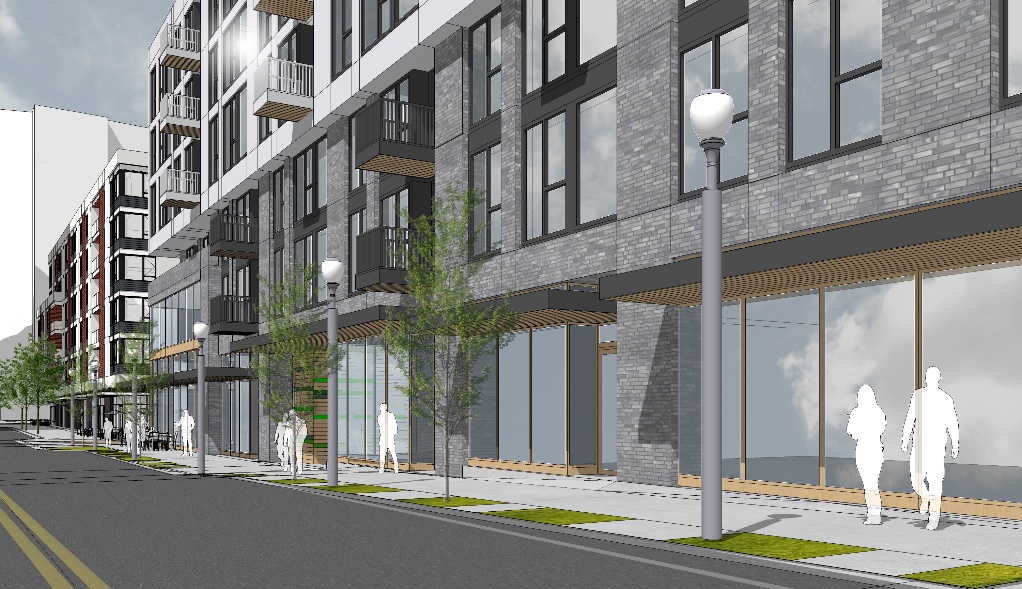 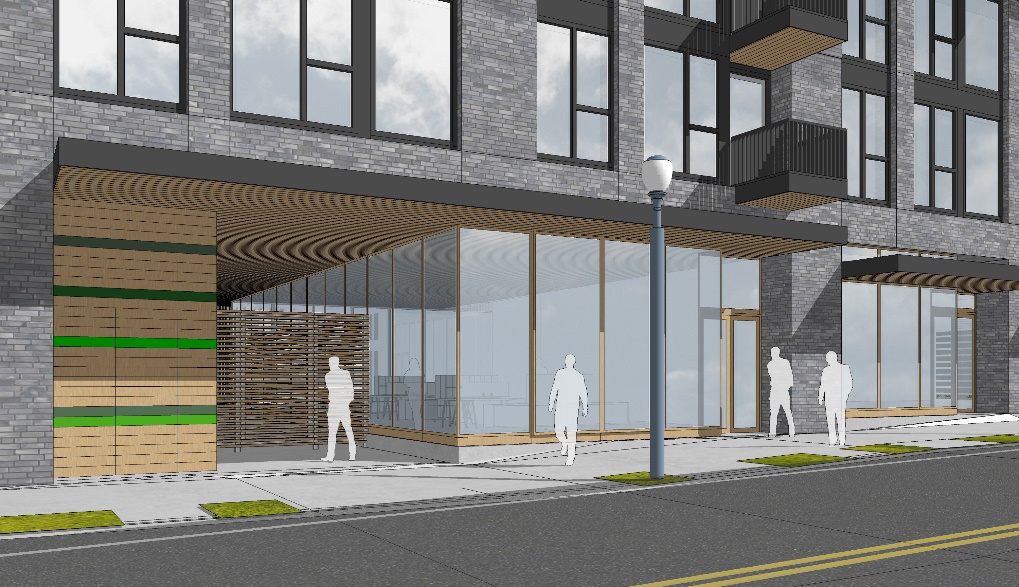 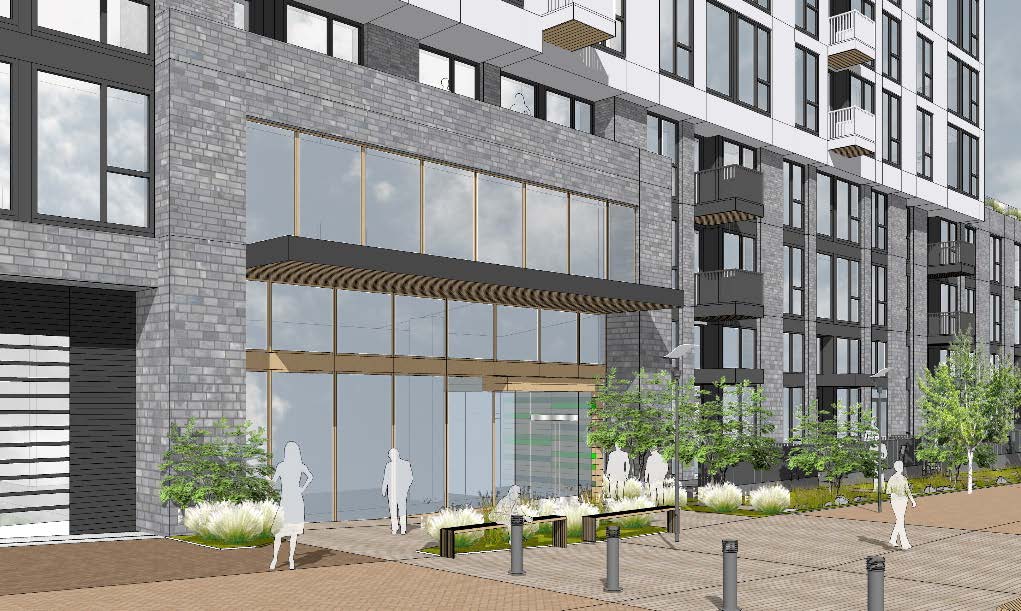 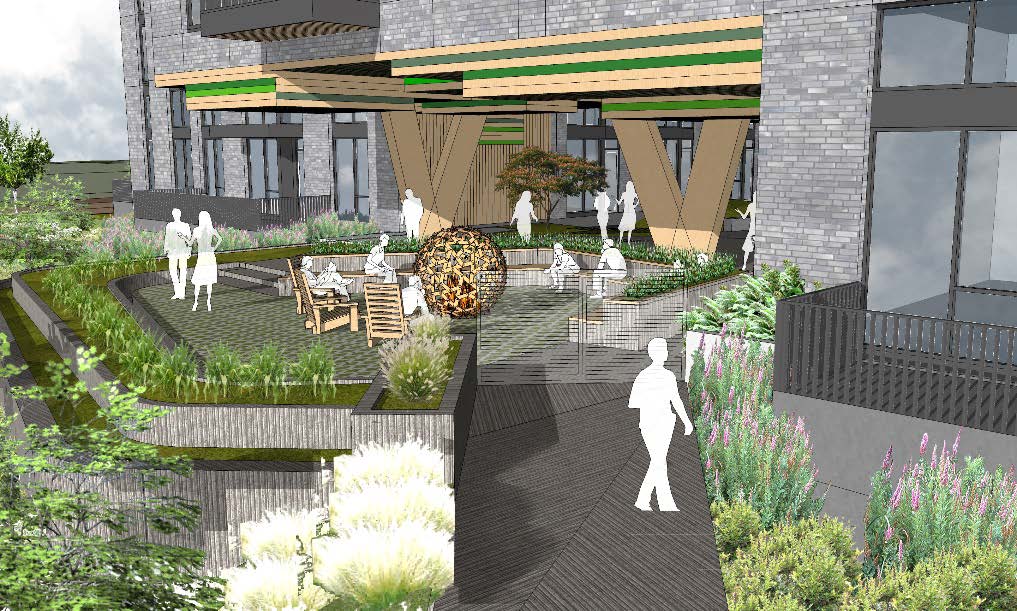 A memo [PDF] to the Design Commission was published prior to the hearing, outlining potential areas for the discussion. While generally supportive of the scheme, some members of the Commission expressed concerns about the hierarchical relationship of the three levels of brick facade to the three levels of metal panel above. Other issues raised included the proportions of the balconies, and the massing on the elevations facing the waterfront.

The project will be required to through a Type III Design Review, with public hearings in front of the Design Commission. The applicants expect to return with a full Design Review packet later in the year. 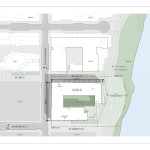 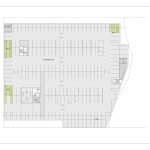 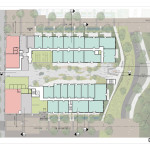 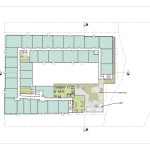 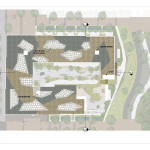 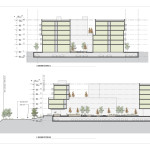 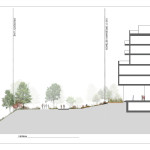 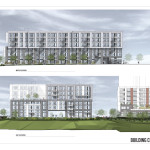 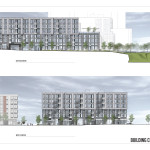 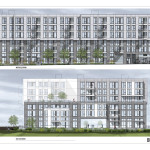 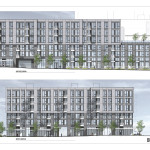