Works Partnership have received Design Advice for a proposed mixed use building at 1732 NE 2nd Ave. The architects intend to use nail-laminated timber for the 9 story building, which would add the building to the small but growing number of high rise wood buildings proposed in the US. At a height of 99’-10”, the project would be just shy of the 100′ height limit for the site. 141 residential units are proposed, above 9,867 sq ft of ground floor retail. Parking for 104 cars would be provided in a below grade garage. 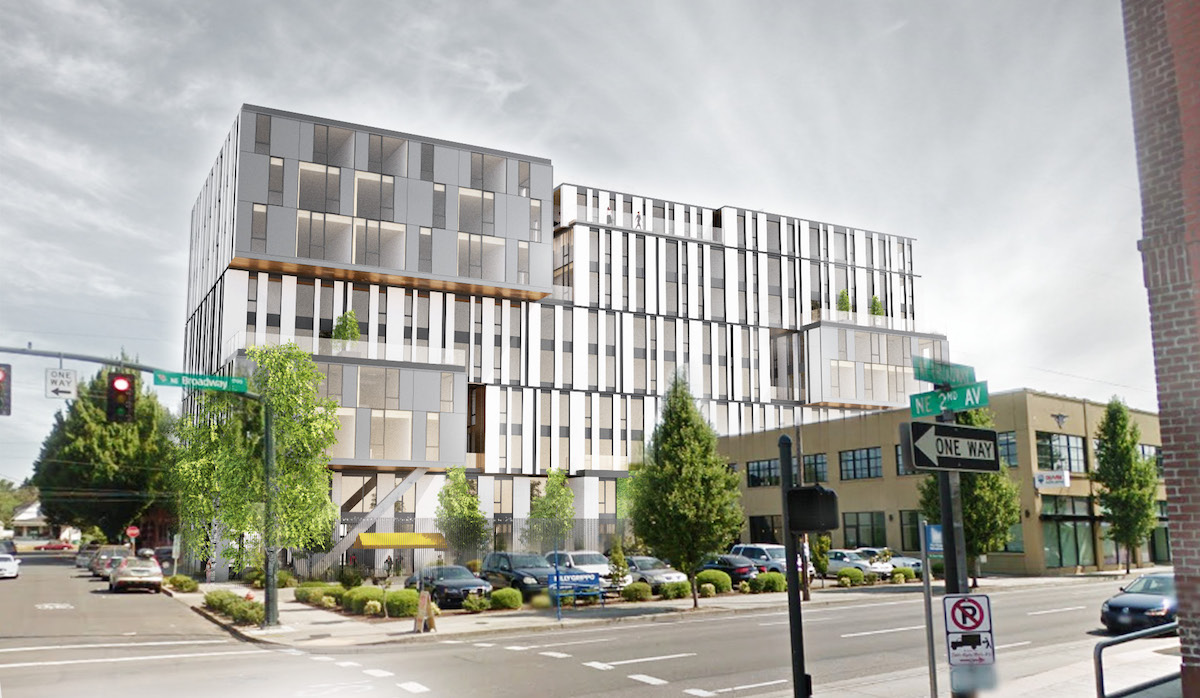 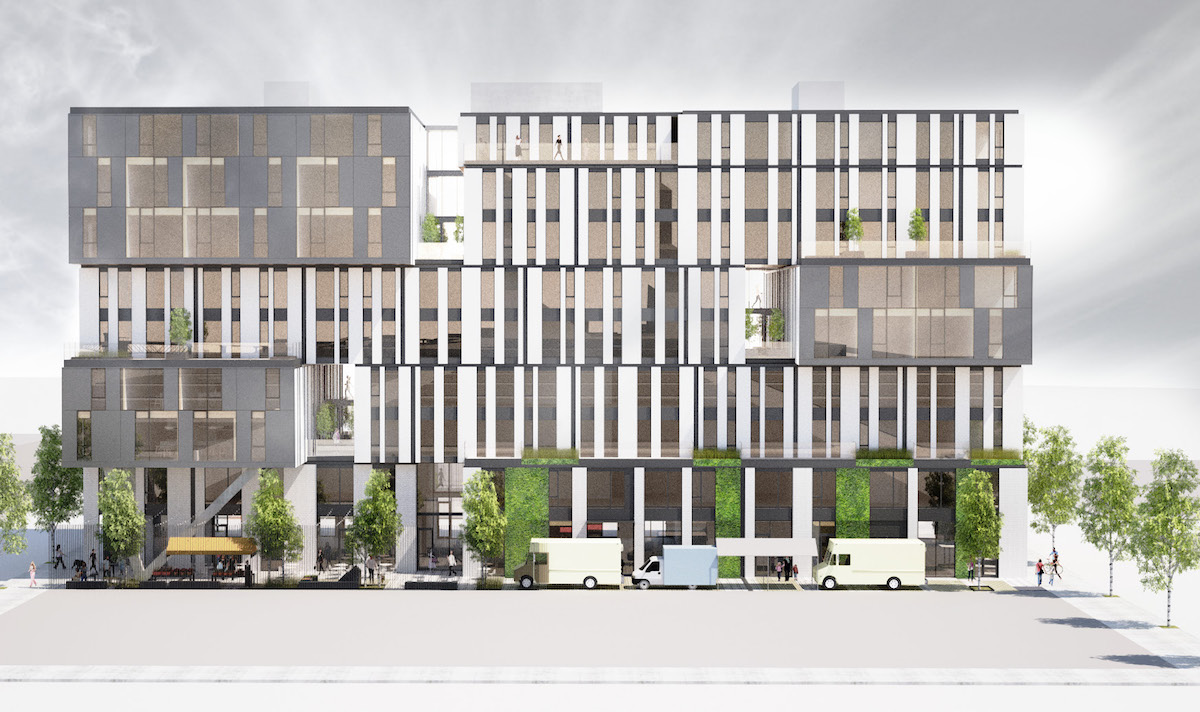 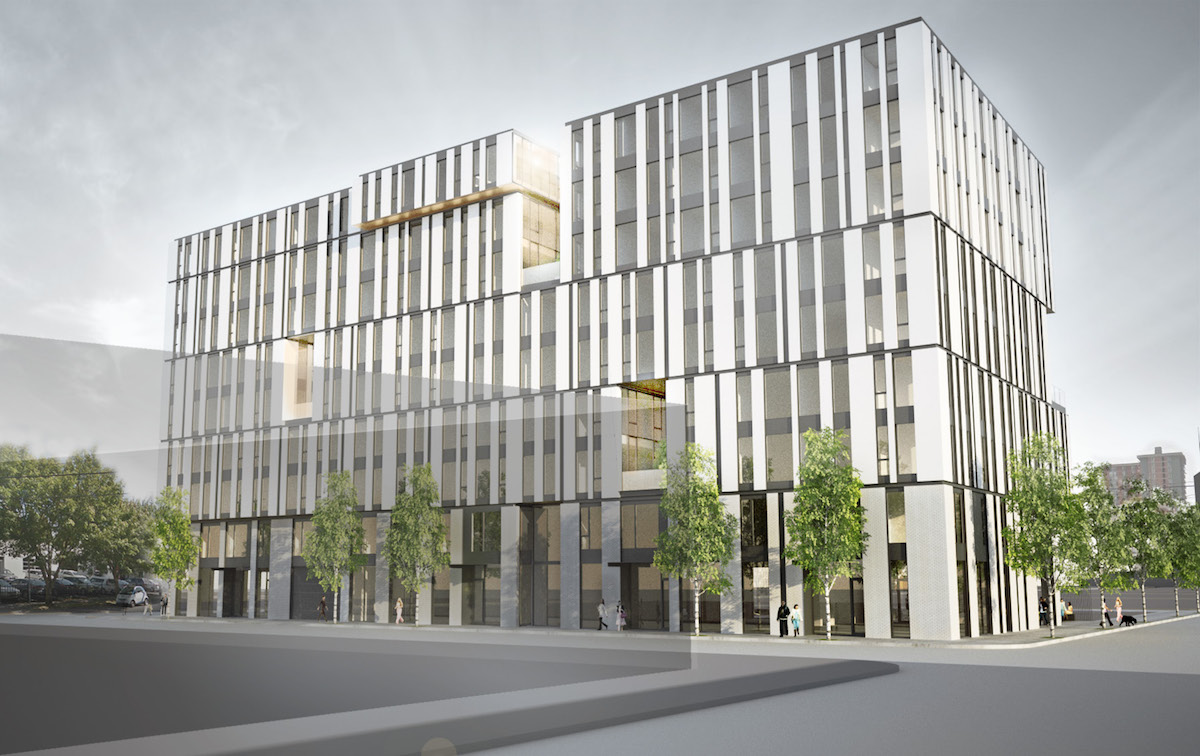 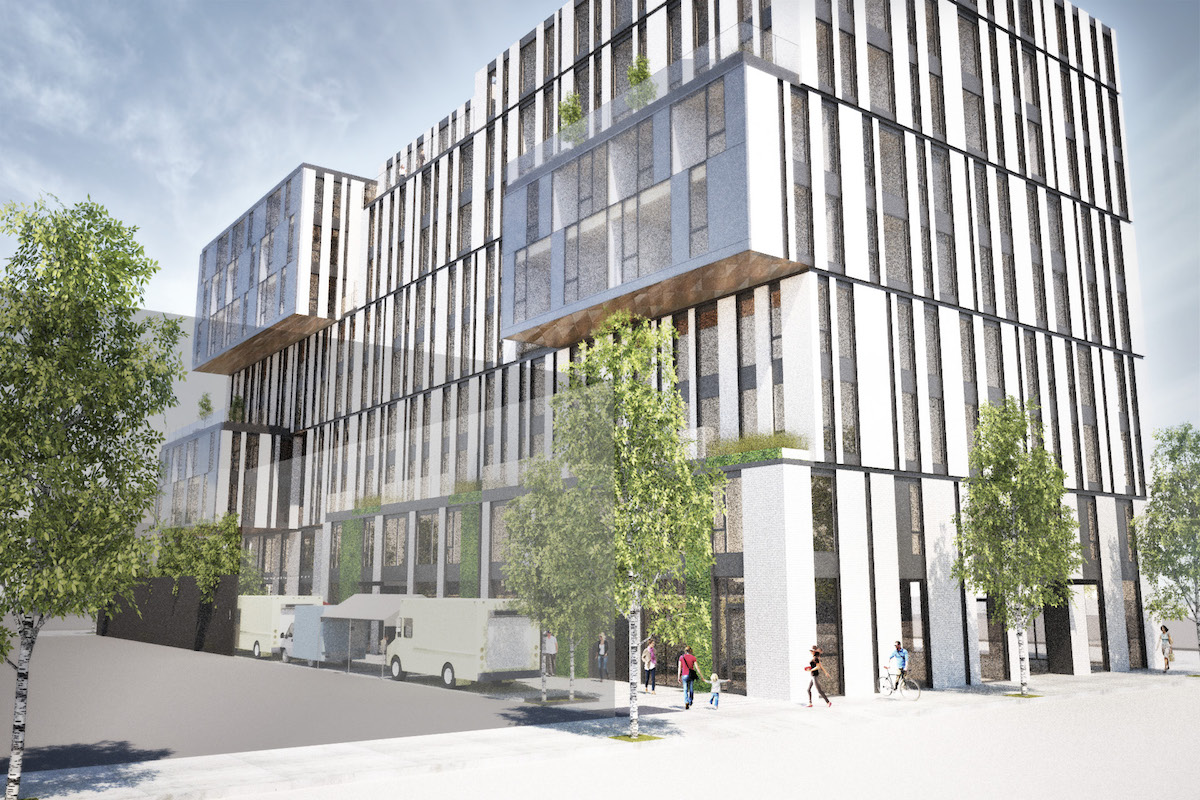 Materials proposed include light colored brick at the lower two floors and metal panels at the upper floors. Double height voids cut into the building’s massing, similar to those at the 33rd & Division building by the same architecture firm, would create exterior landscaped spaces for the use of building residents. 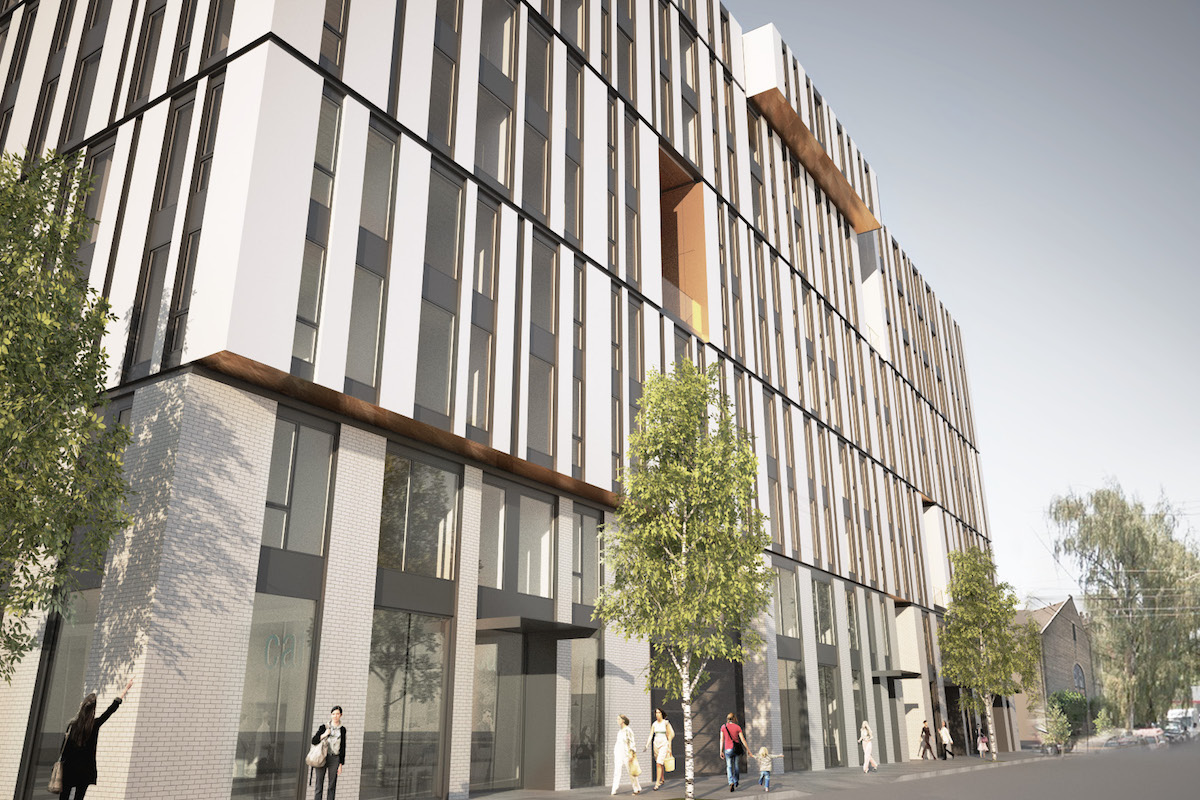 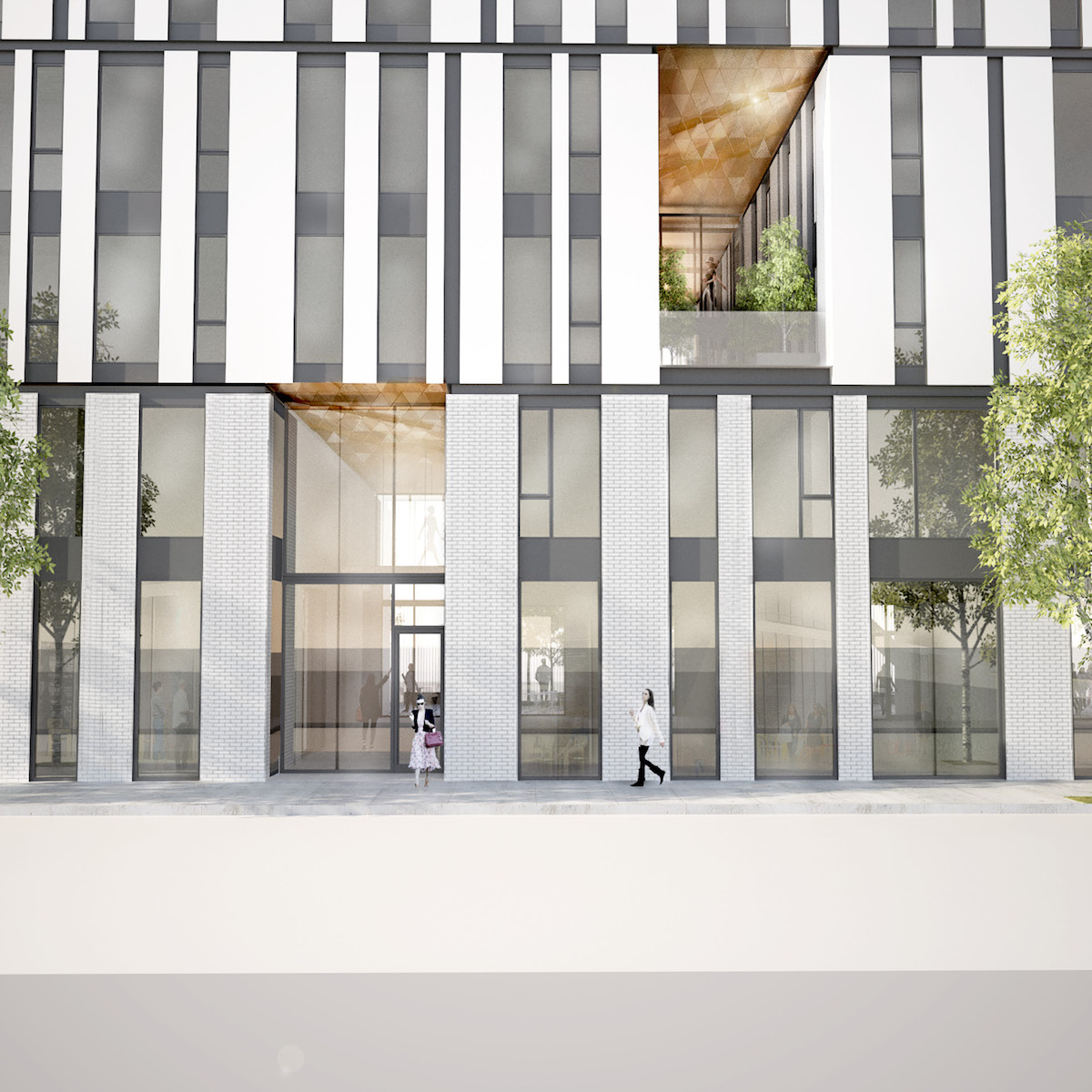 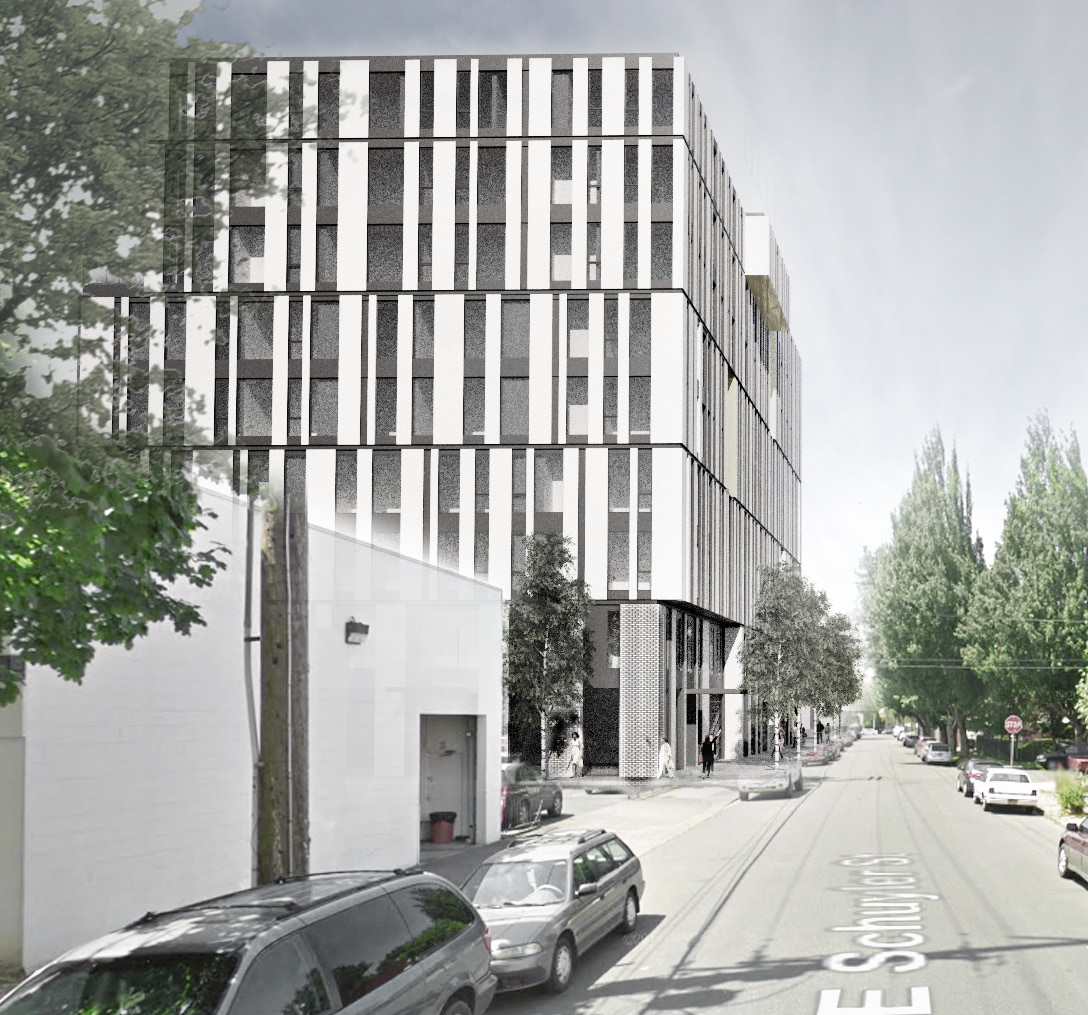 A landscaped alley/courtyard is proposed at the rear of the project, in between the building and the adjacent parcels on the south half of the block. Images from the Design Advice packet show this activated by food carts and movable seating. 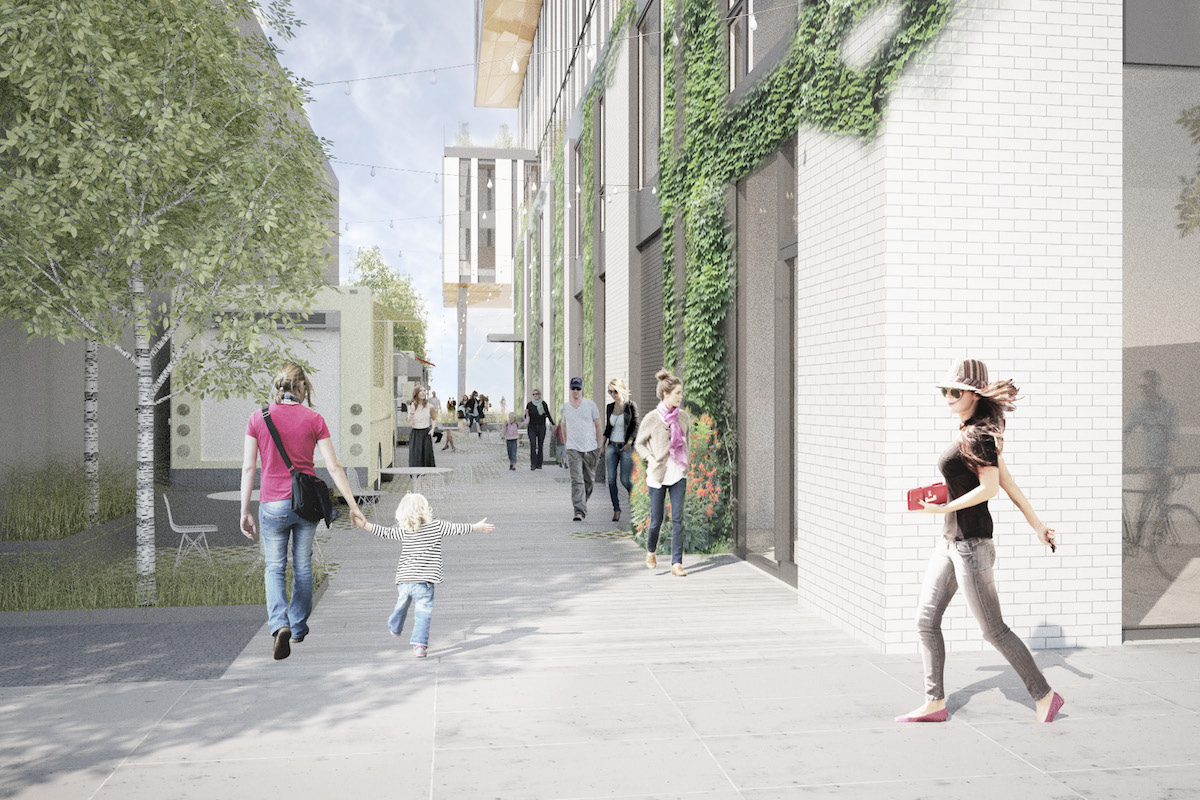 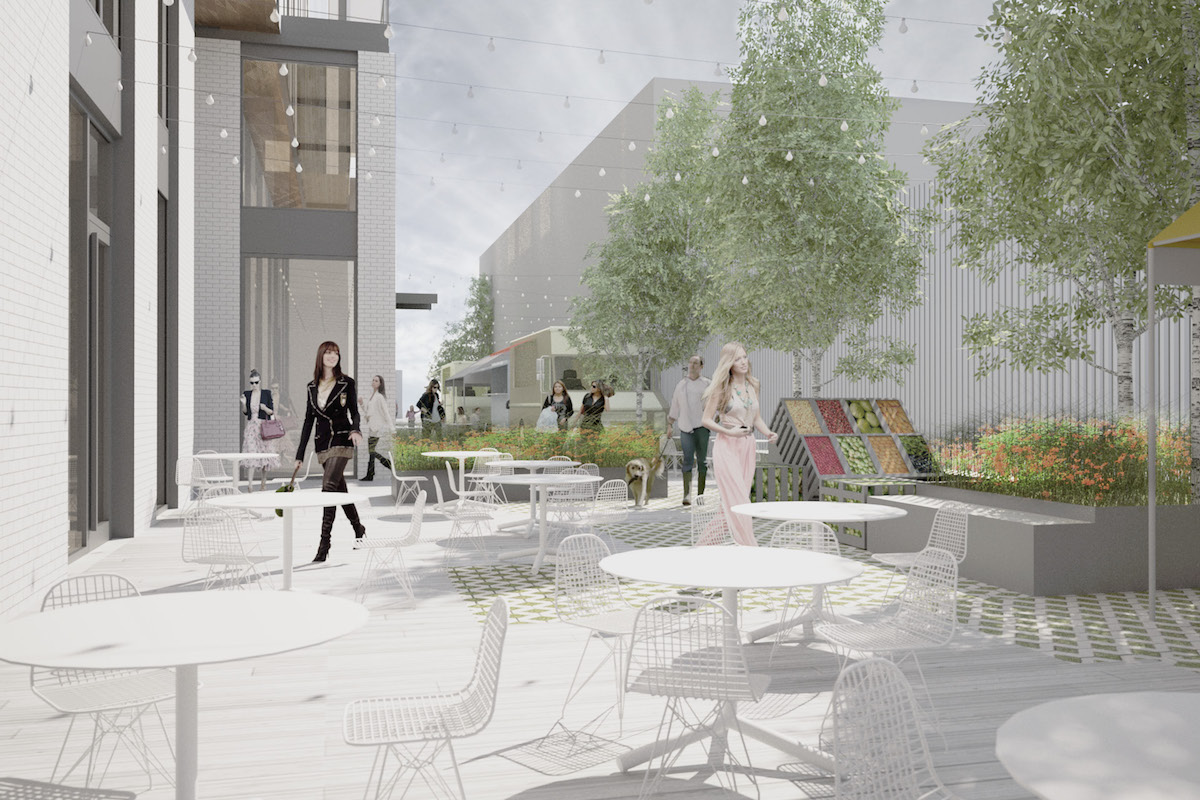 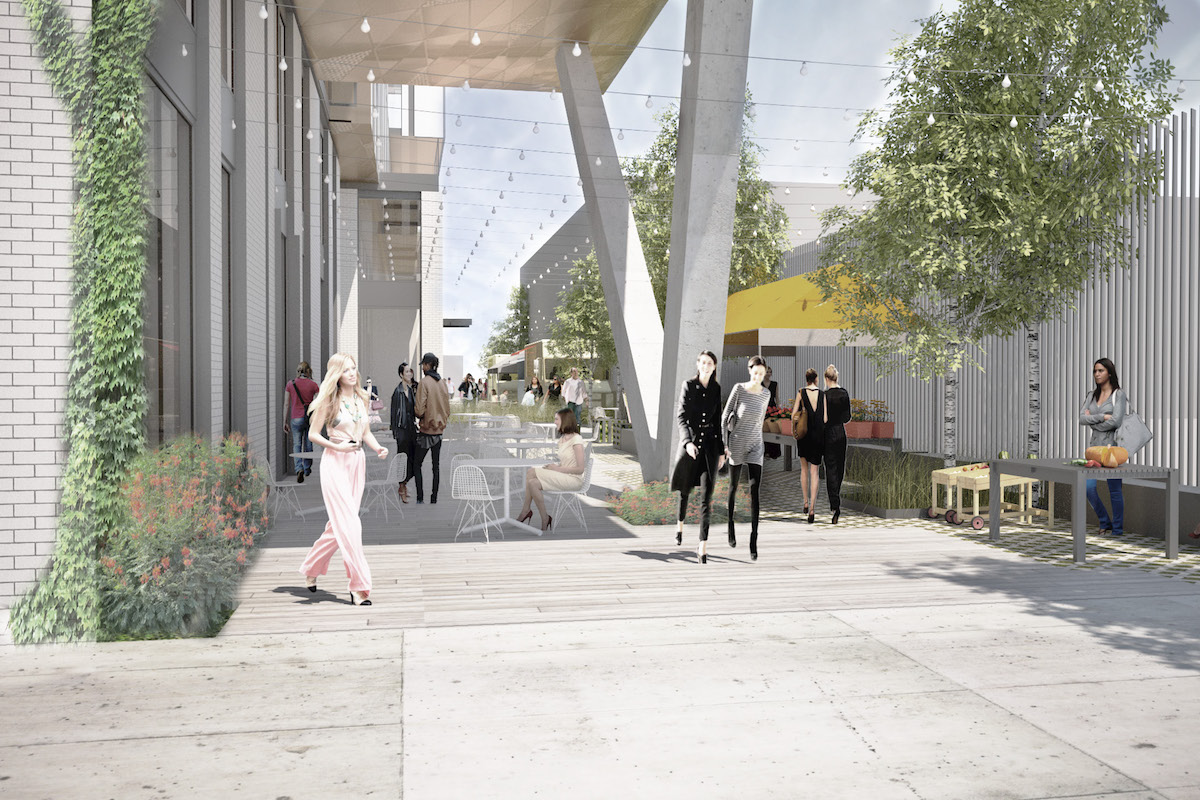 A memo [PDF] to the Design Commission was published before the January 28th advisory hearing, outlining potential areas for discussion. These included the height and massing at a transitional location between the Lloyd District and single family residential neighborhoods to the north; the degree to which the building reflects a residential character; pedestrian weather protection; the location of the parking entrance; location of retail entrances; and the exterior materials proposed.

The project drew strong praise from all present at the Design Advice hearing, with Commissioner Vallaster describing the project as the strongest he’s seen during his four months sitting on the Design Commission:

Well, overall I think it’s probably the strongest design I’ve come across since I’ve been on the Commission—albeit it’s a fairly short period of time. So congratulations, I think it’s a great design. I like the play of the south side / north side. One is very simple and a little bit severe, and the other one is very rich. I think that works pretty well. There’s some concern about the north side, but the south side is also the one that’s going to be most visible. If it’s going to act as a catalyst I understand that’s the one that people are going to really gravitate to, to relate to, to say ‘hey, this area has potential’. Up until now everybody has totally ignored this part of town.

1732 NE 2nd will be required to go through a Type III Design Review, with public hearings before the Design Commission. The applications have the option of returning for a second Design Advice Request, but are not required to do so. 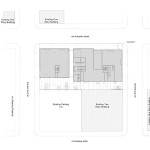 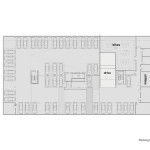 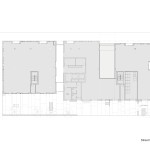 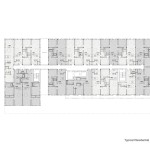 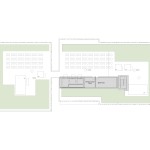