The Design Commission has approved the Hoyt20 apartments, by C2K Architecture for Green Light Development. The six story mixed use building will include 59 apartment units, as well as a 750 sq ft retail space. Parking for 17 vehicles and 65 bicycles will be provided. 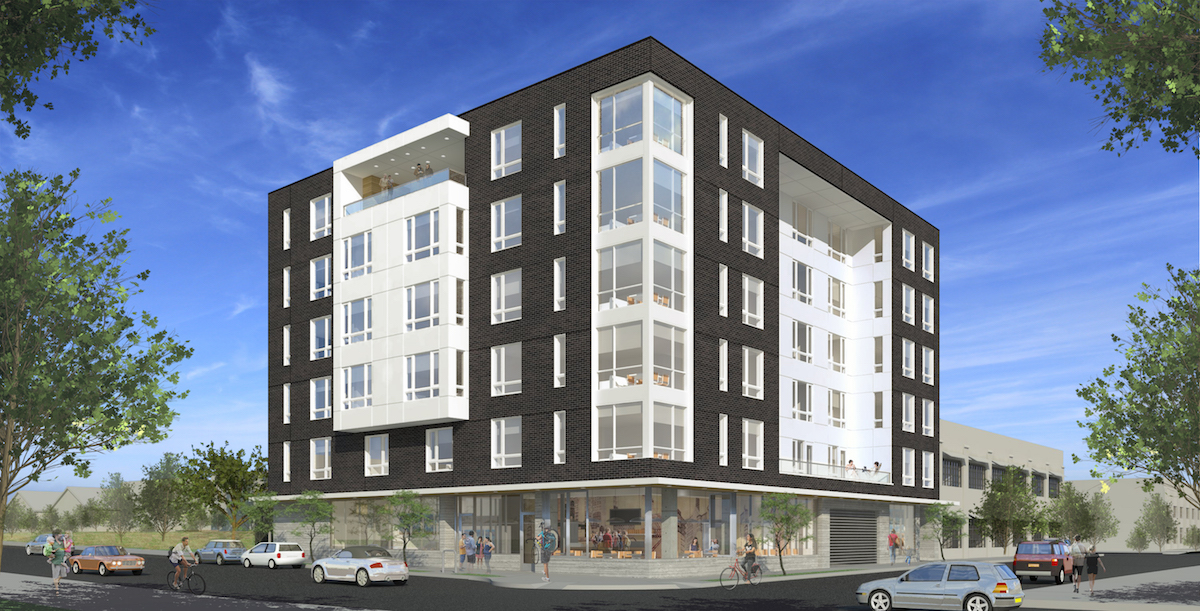 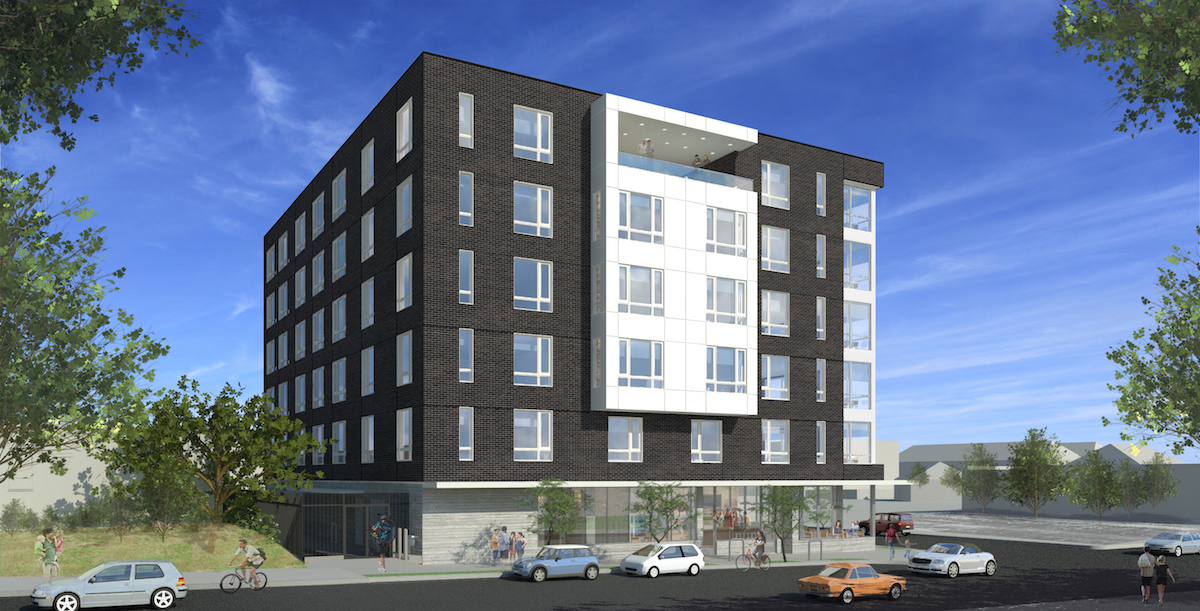 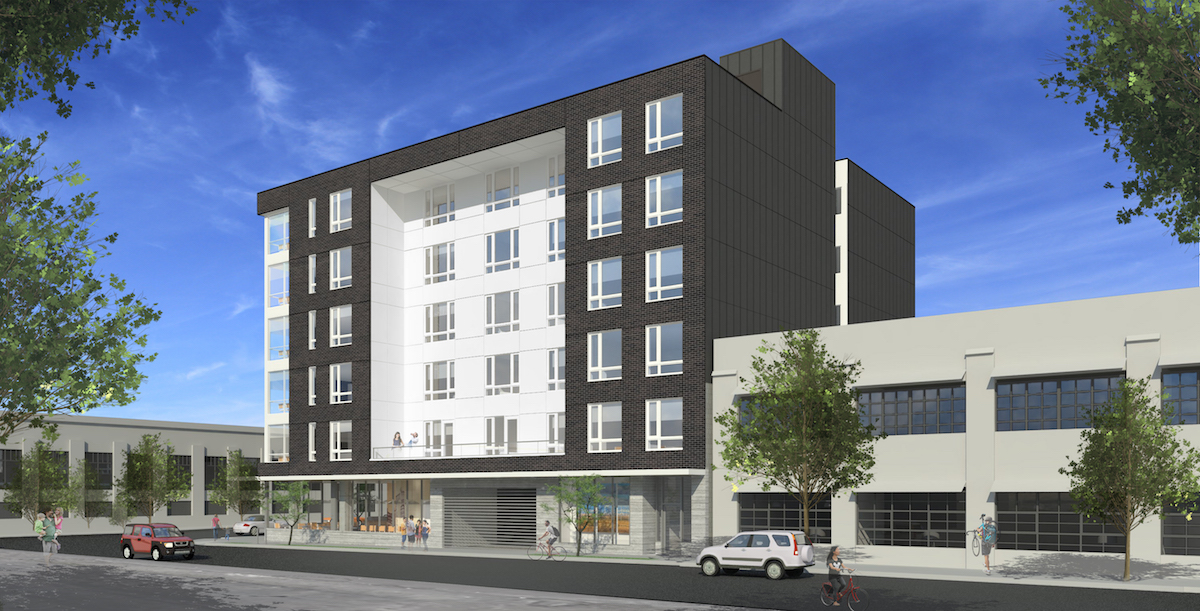 Primary materials proposed for the building include a dark brick veneer, white composite metal panel and board formed concrete. Storefront glazing will be used at the ground level and vinyl windows at the apartment units. 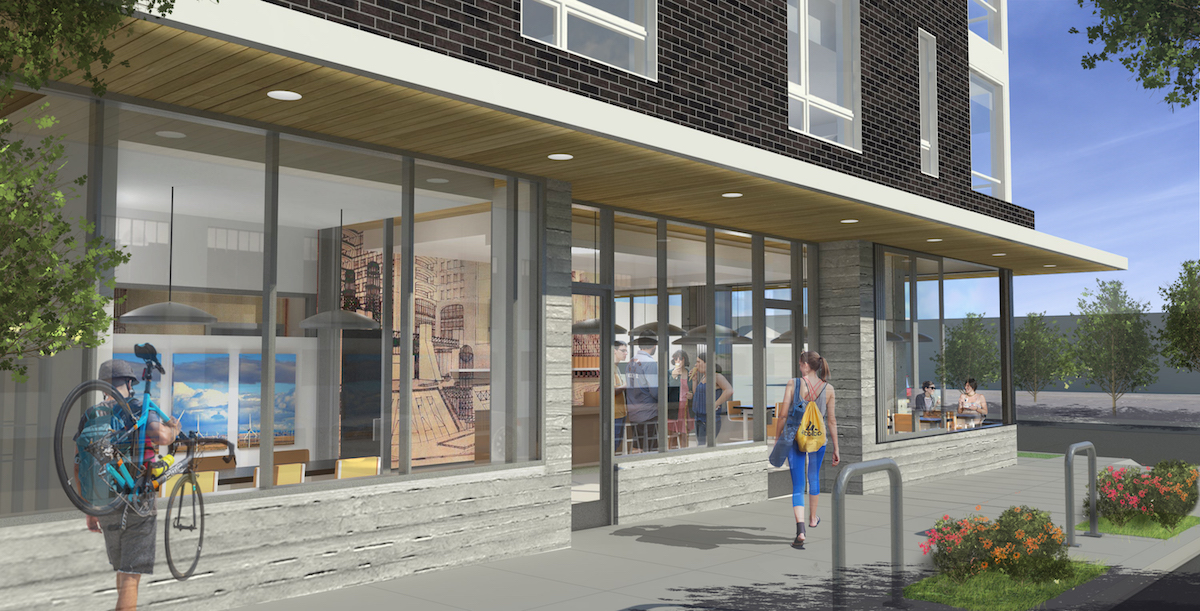 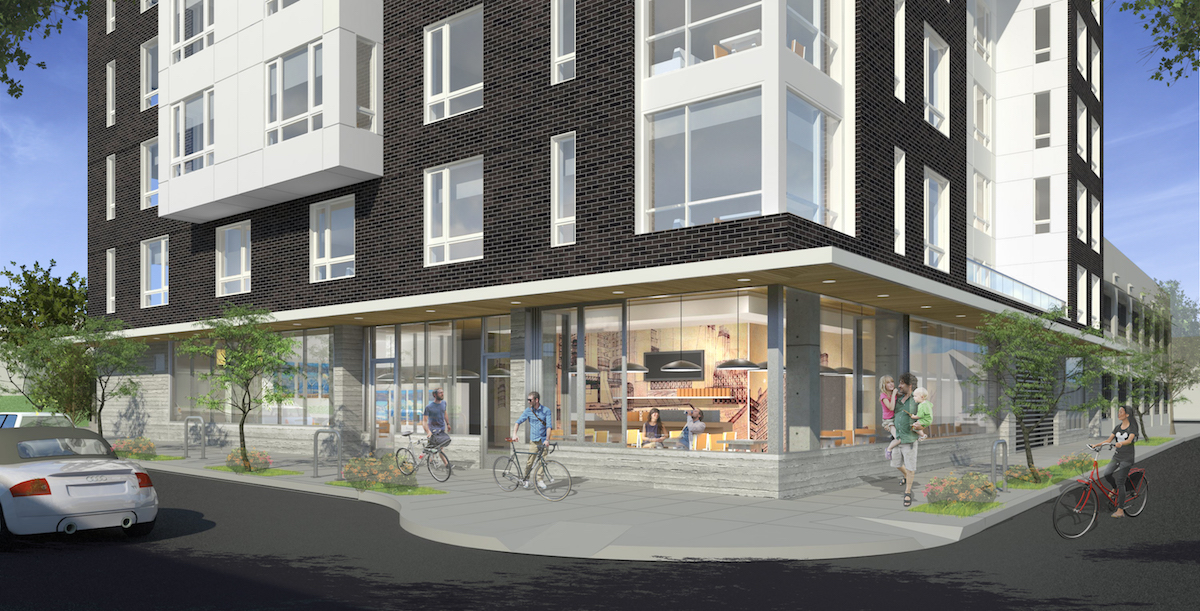 The project previously went in front of the Design Commission on March 3rd, at which time there were a number of issues that needed to be resolved. Changes made since the first iteration of the building was presented include: the replacement of fiber-cement cladding with brick veneer; the refinement of the the overall coherency of the building, by expressing it as “a simple cube on a glass base”; the expansion of the depth of retail and ground floor glazing abutting NE Hoyt St; and the addition of storefront system cladding at the parking deck wall at the east end of the NE Hoyt St frontage. Given that the changes suggested at the first Design Review hearing were made, a Staff Report and Recommendation to the Design Commission [PDF] recommend approval and concluded that the building will be a “welcome addition” to the neighborhood:

The inner SE Sandy Blvd neighborhood has seen little development pressure for many years. The additional density provided by this project will meet many state- and city-wide livability goals for increased density and transit-oriented development. The project’s contextual responses – elemental massing, simple materials and sidewalk activation are critical to the full and complete realization of genuinely humane neighborhood and will ensure a context-sensitive development that will be a welcome addition to the neighborhood.

At their April 21st meeting the Design Commission unanimously voted to approve the project. Building permits for the Hoyt20 Apartments are currently under review. 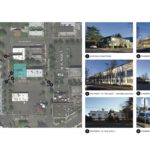 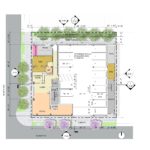 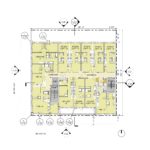 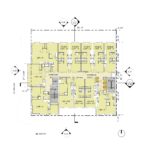 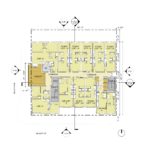 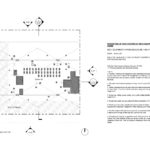 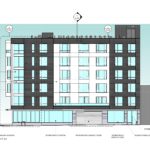 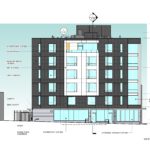 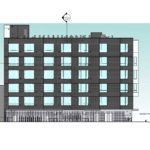 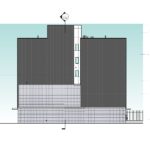 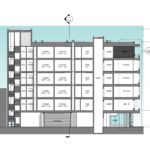 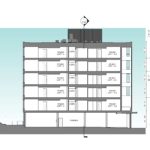