5 MLK, the 17 story Burnside Bridgehead tower, has returned in front of the Design Commission for its first full Design Review hearing, following three Design Advice Request hearings last year. The design of the project is by Chicago based GREC Architects, for Portland based developer Gerding Edlen. The 200′ tall building will include approximately 112,000 sq ft of office space, 220 residential apartments and 14,000 sq ft of retail space. Parking for 158 vehicles and 344 bicycles will be provided. 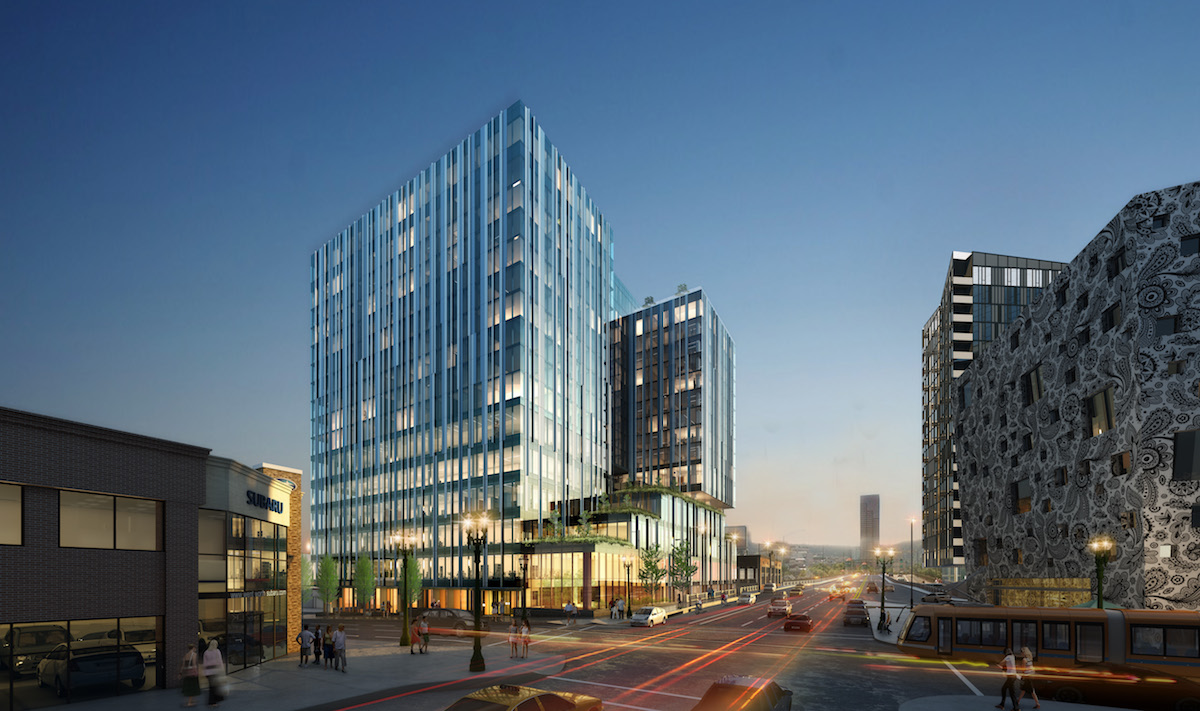 The surrounding area at the east end of the Burnside Bridge is growing rapidly. 5 MLK will be just to south of the recently completed Yard and Slate buildings, and the under construction Fair Haired Dumbbell and Aura Burnside. Other buildings planned or under construction in the lower E Burnside area include the Towne Storage Building, the Jupiter Hotel Expansion, the Ankeny Apartments and the Burnside Delta.

The massing and facade articulation of the project is based on the “Layers A” scheme presented at the third Design Advice Request hearing, held in October 2016. The building will be comprised of a five story retail and office podium, with a pinwheel form residential tower located on floors 7 through 17 above. 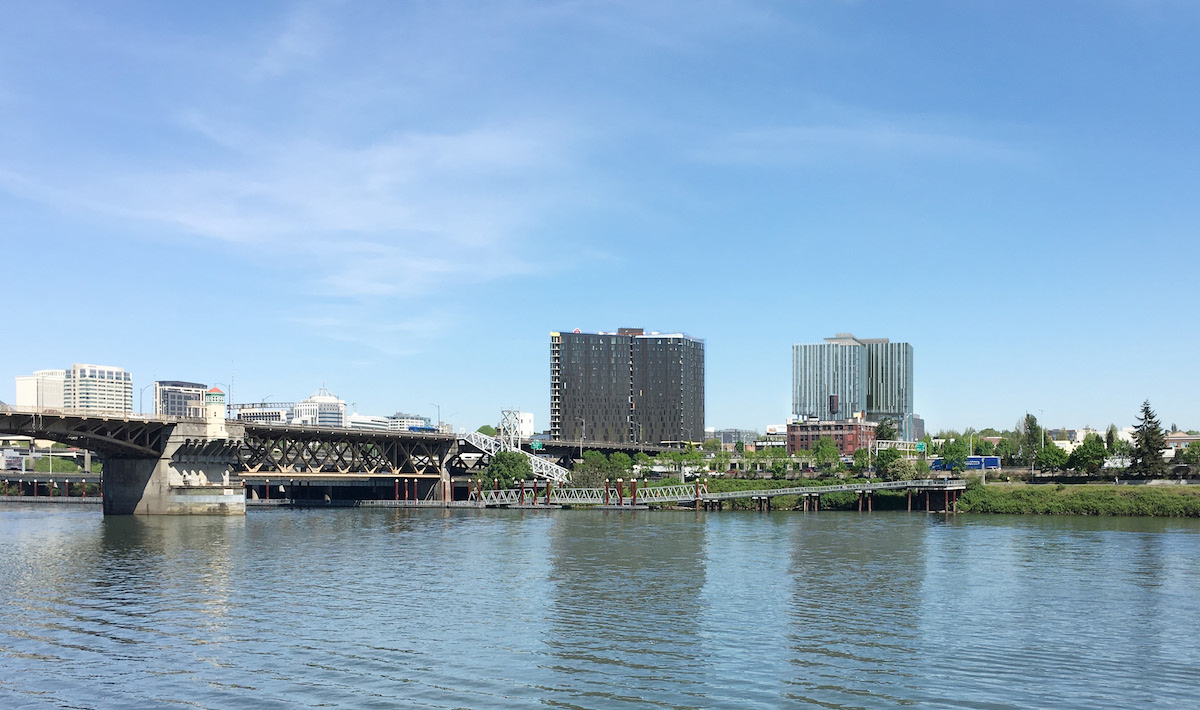 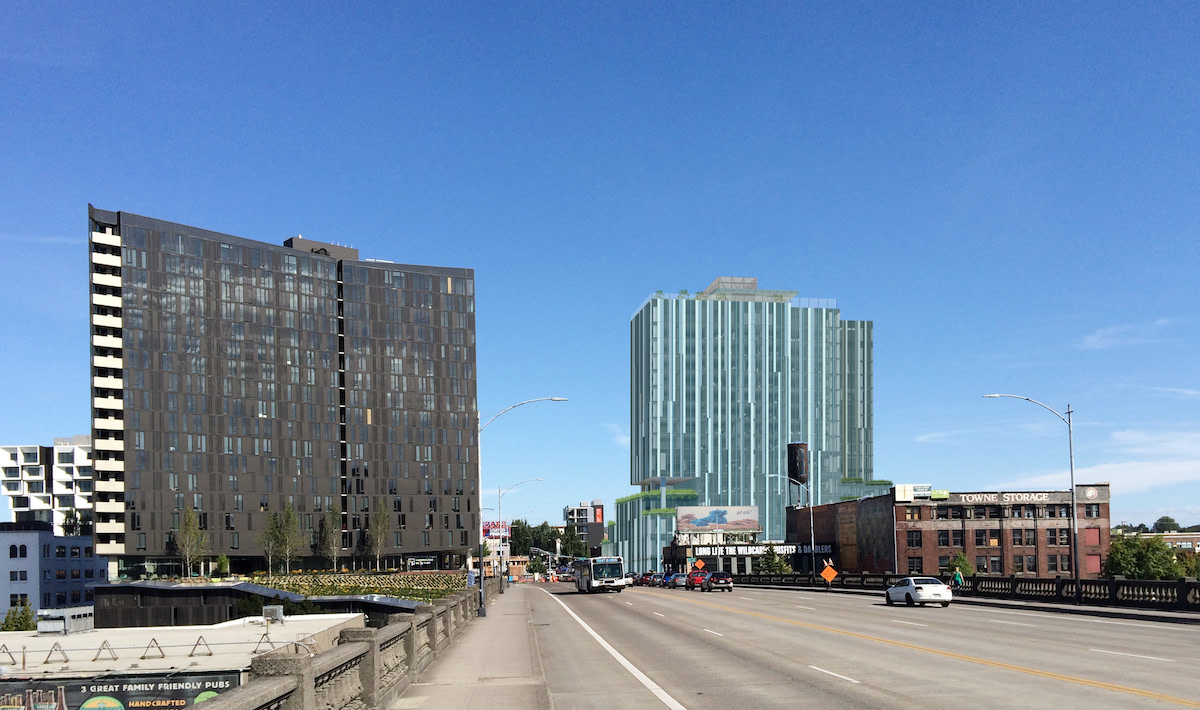 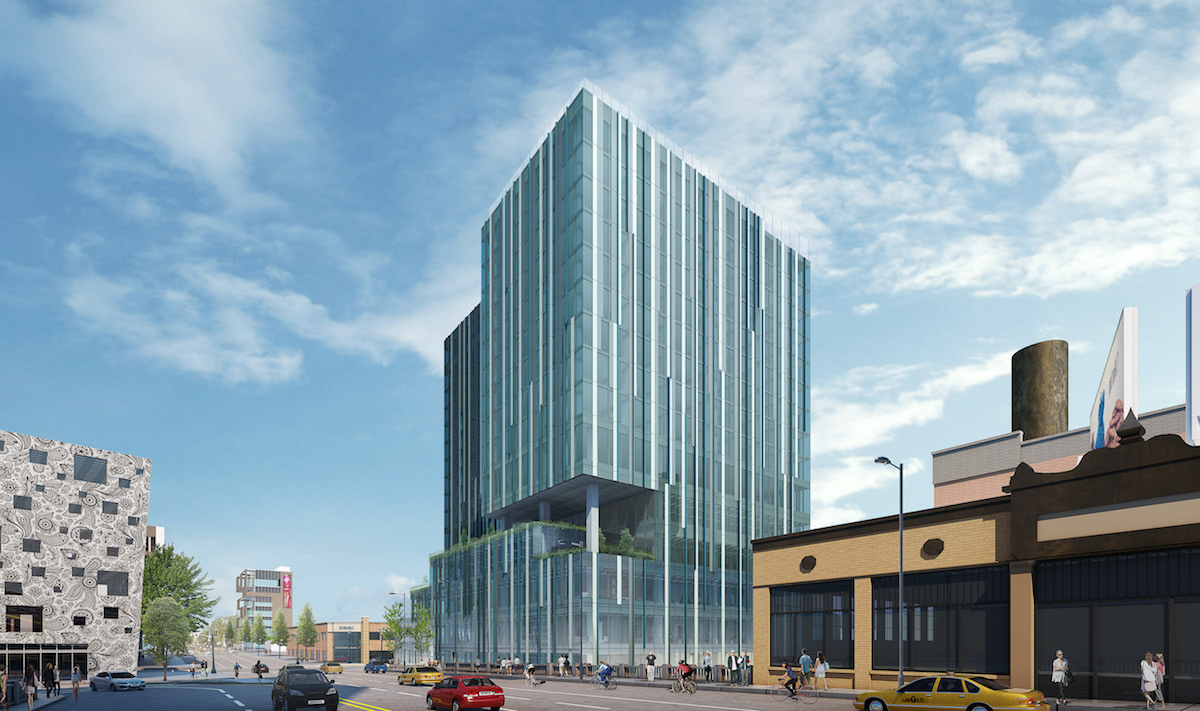 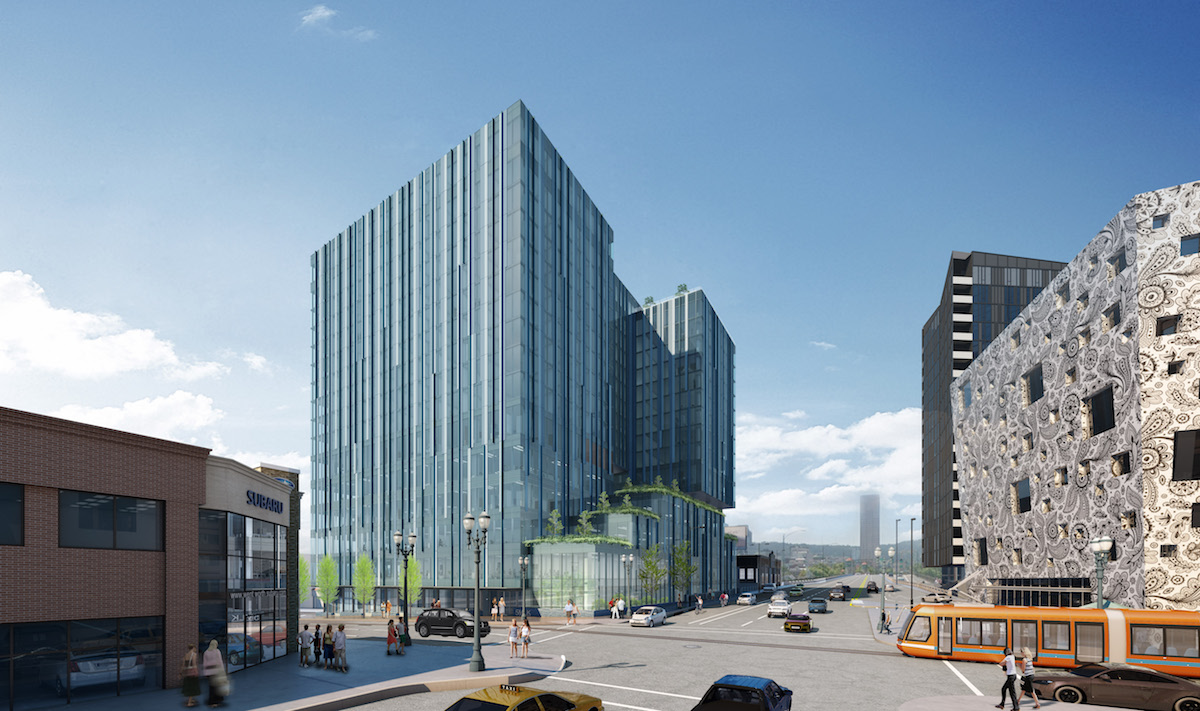 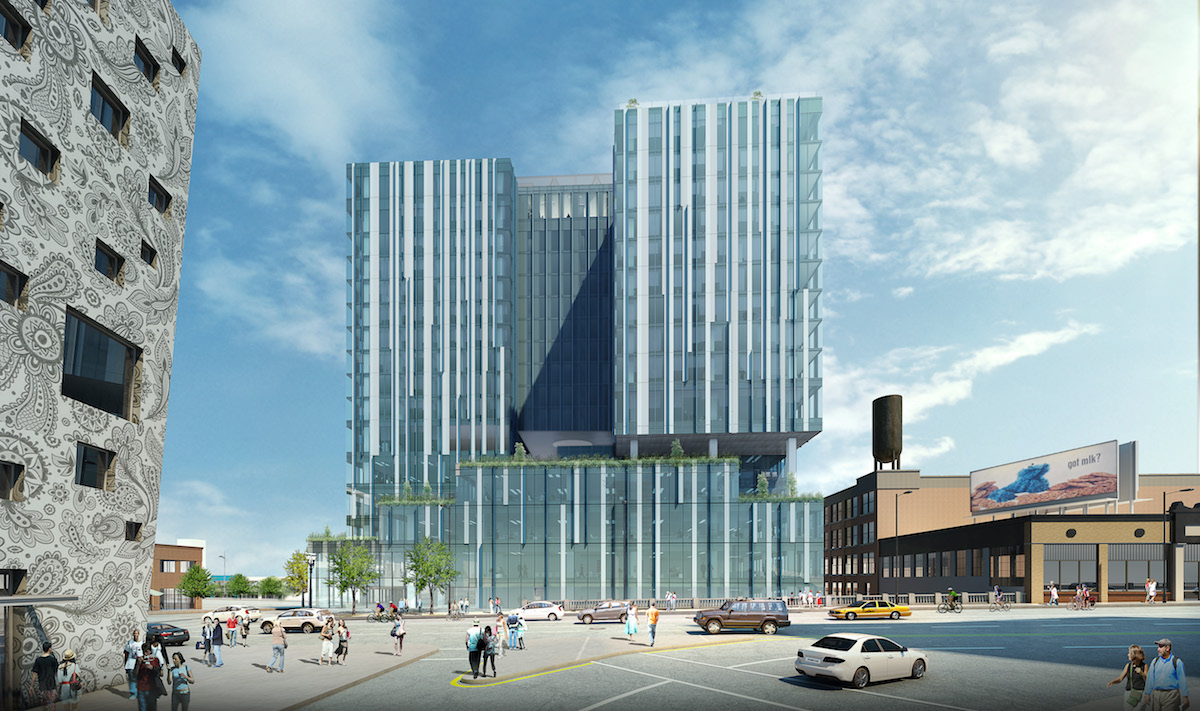 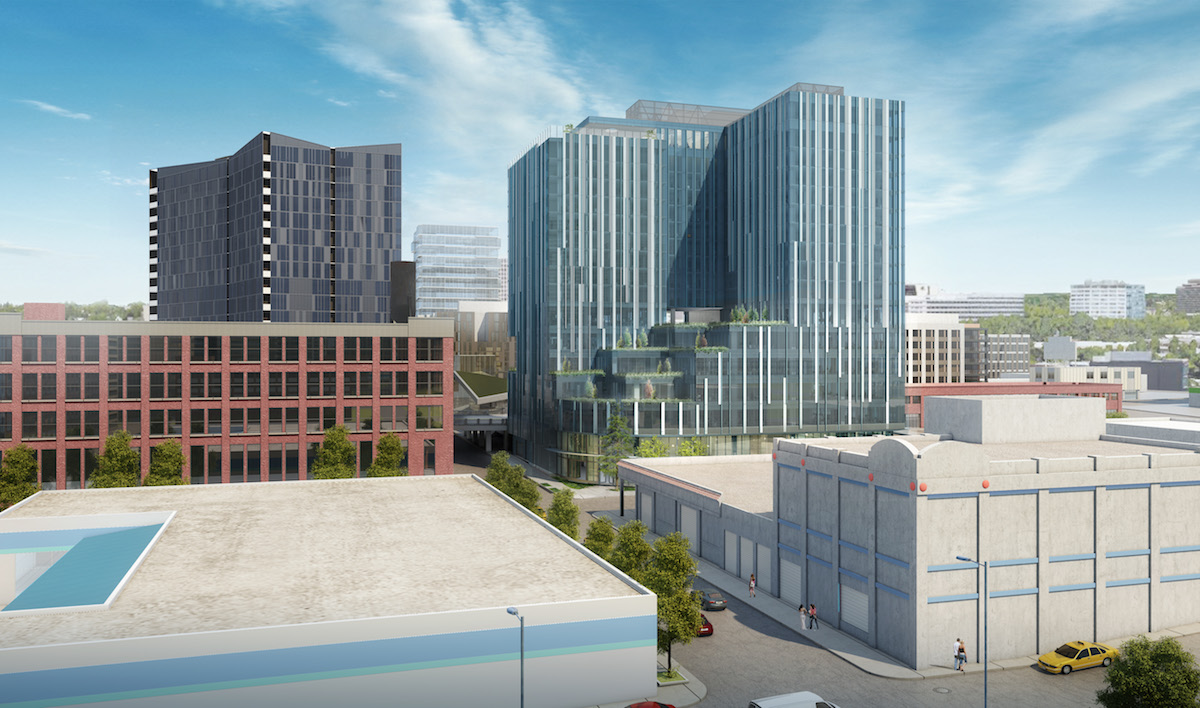 The main entrance to the building, shared by the office and residential uses, will be at the corner of E Burnside and SE MLK. A series of large rooftop terraces, with with landscape designed by PLACE, are proposed at levels 3 through 6. Amenity features including a fitness center, yoga studio and lounge will open onto the level 6 terrace. A roof deck with a pool is proposed at level 17. 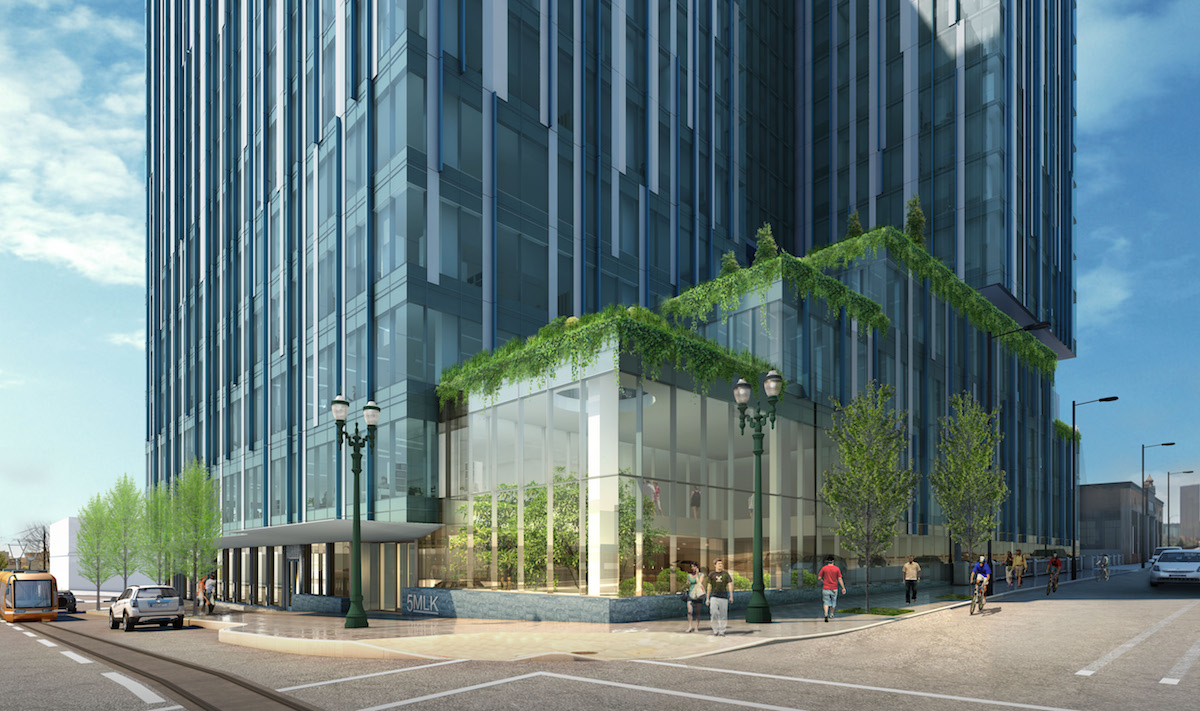 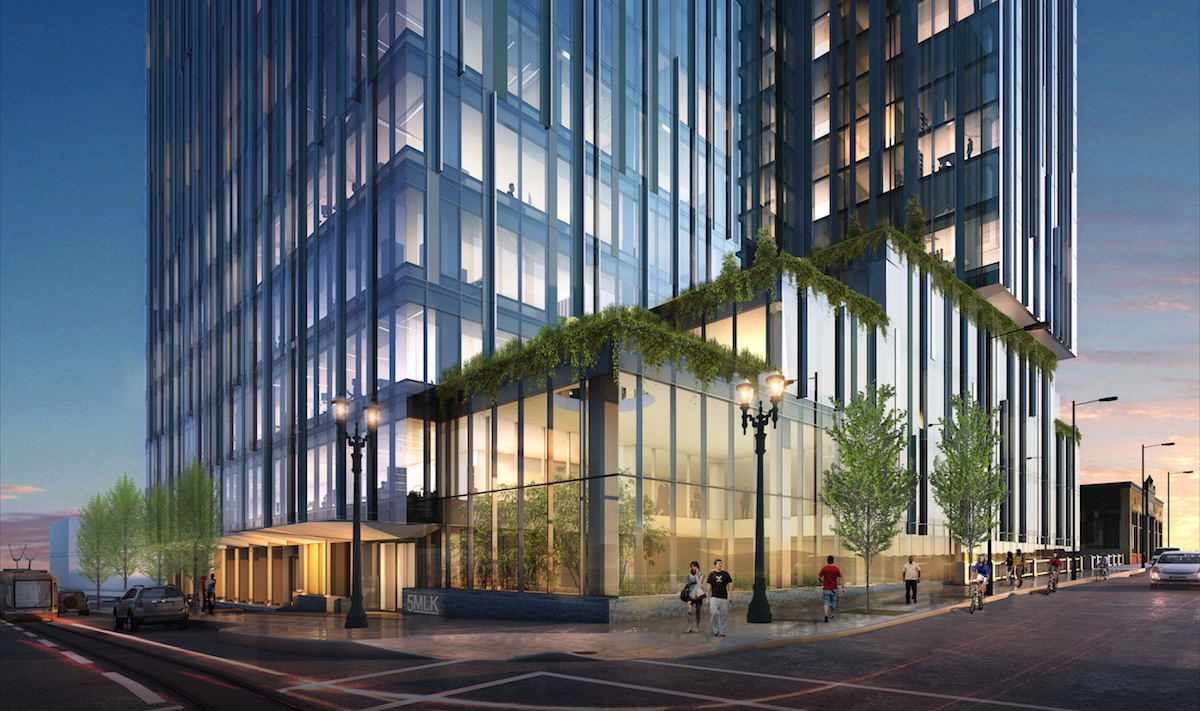 The skin for the tower will be a window wall system, with a pattern of vision glass, spandrel glass, porcelain panels in two colors, and projecting mullions. Other materials proposed include metal soffits and stone masonry at the ground level planters. 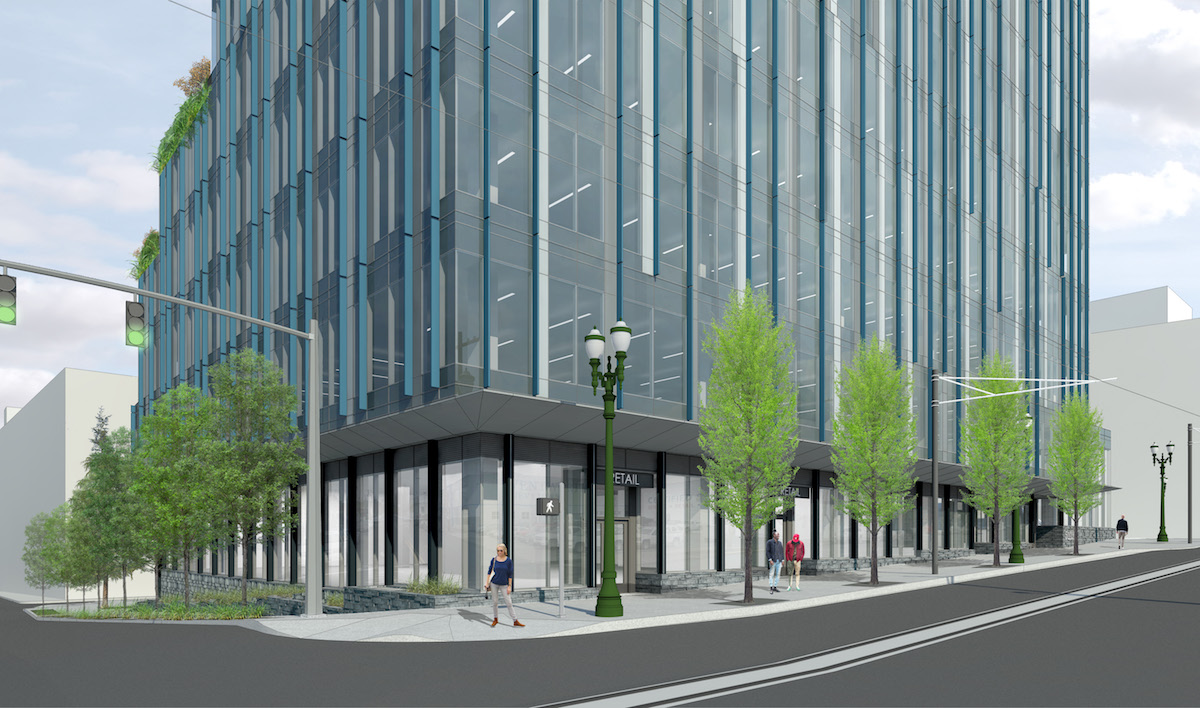 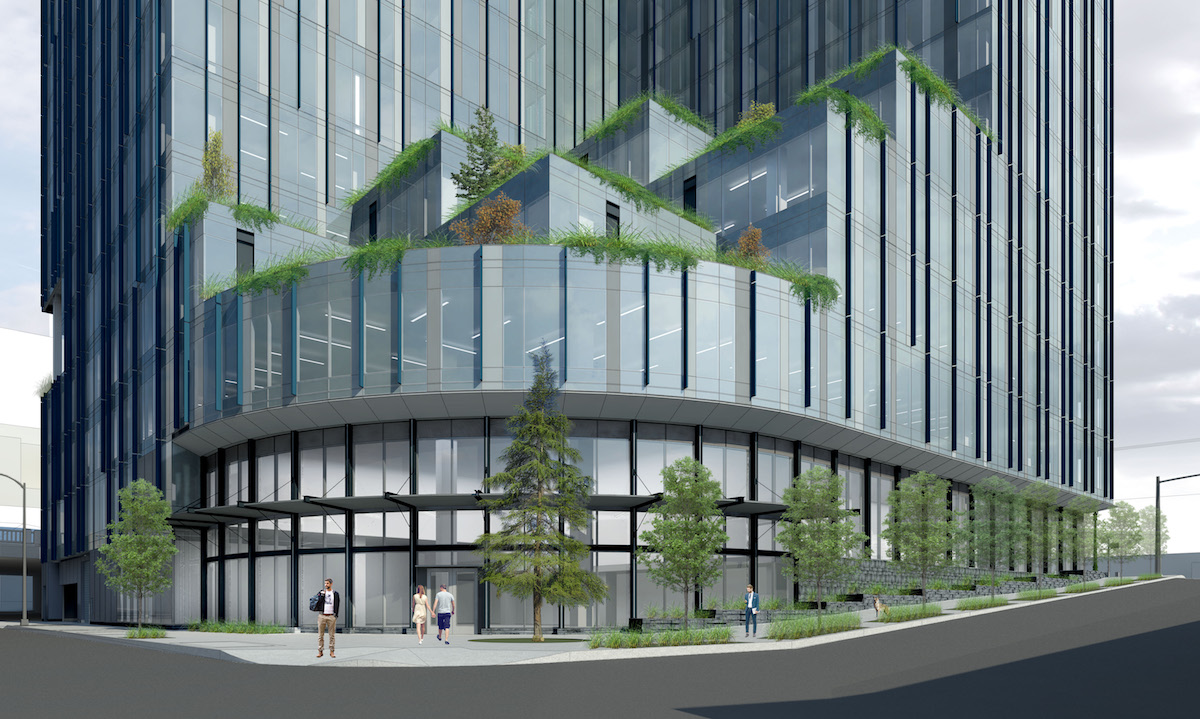 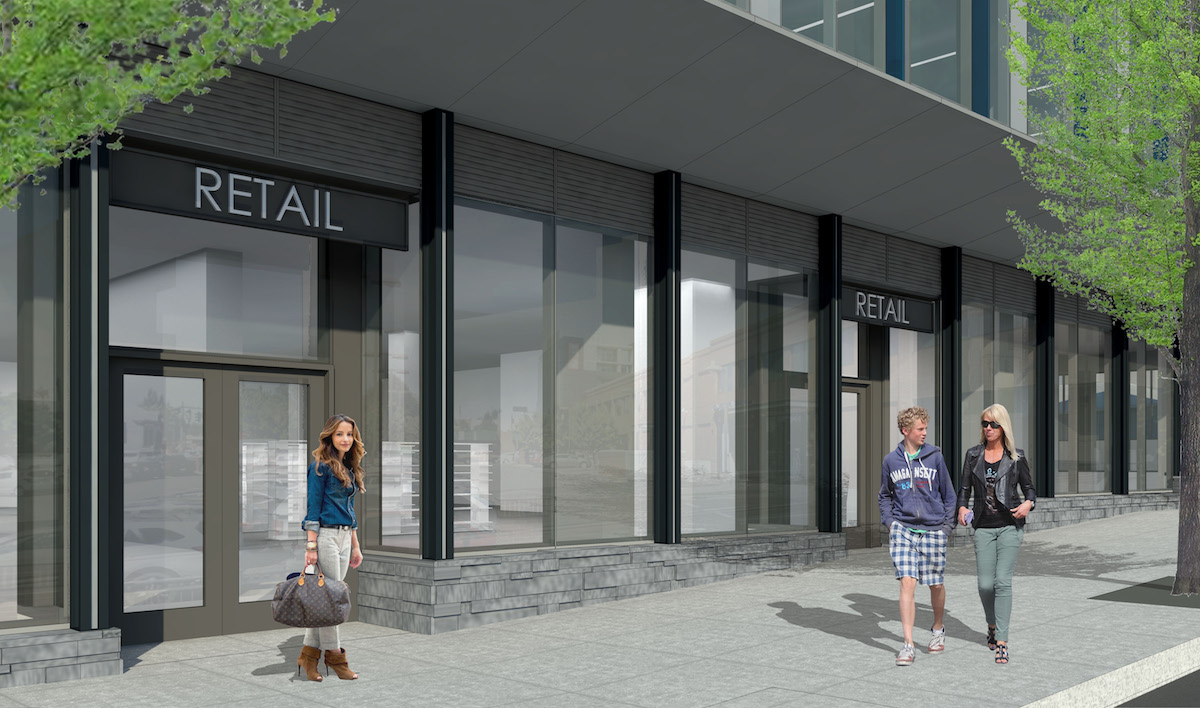 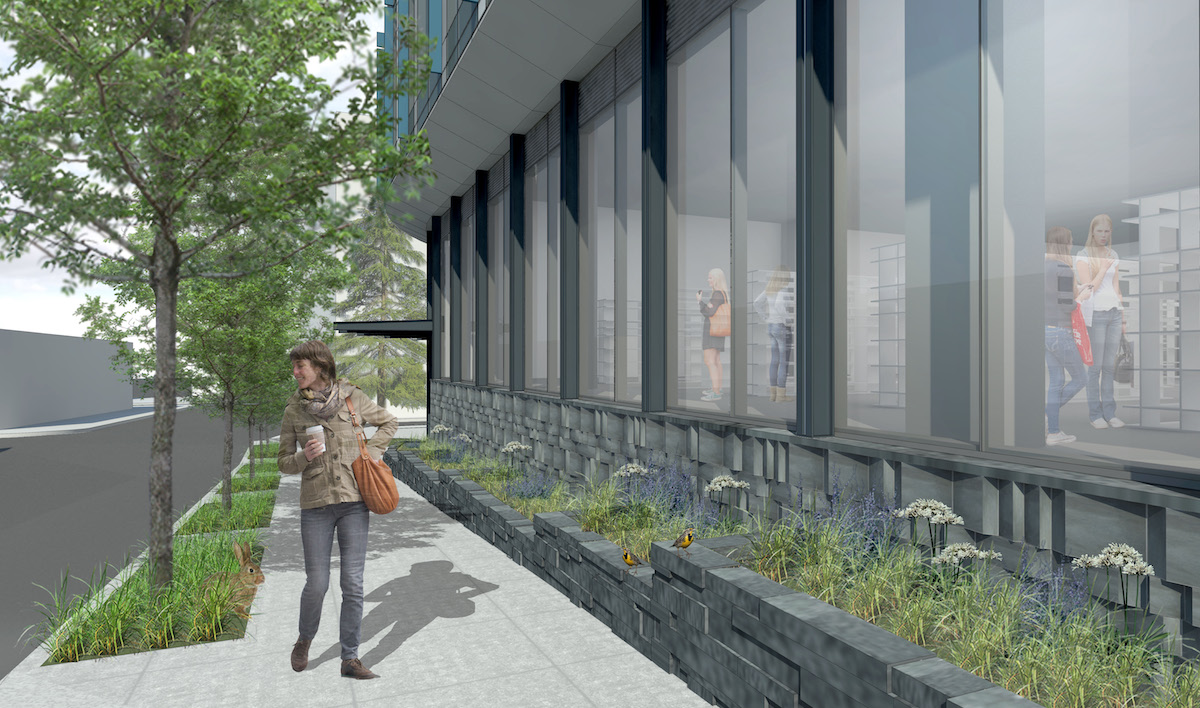 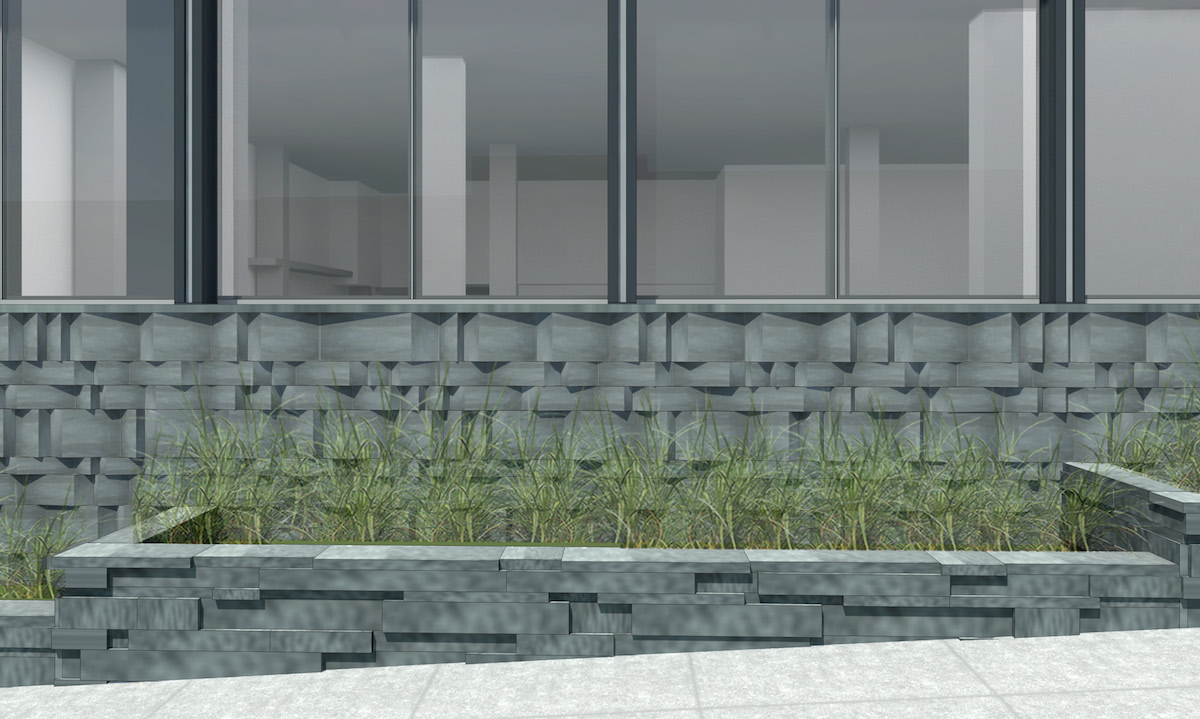 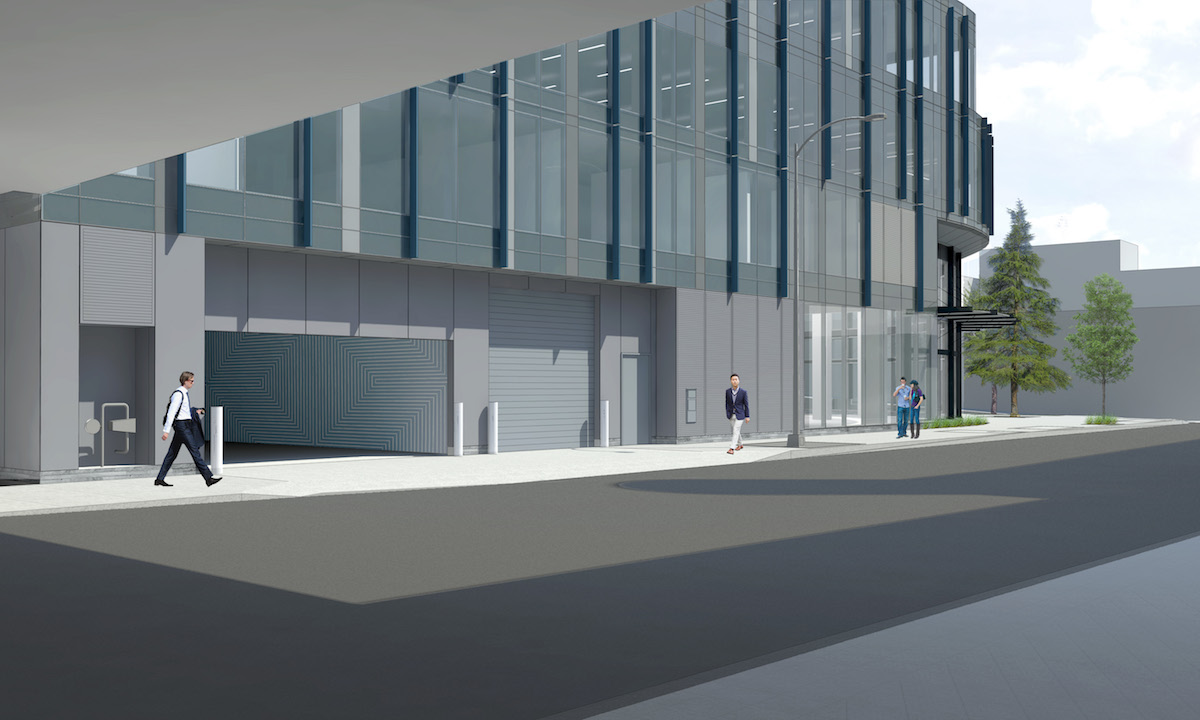 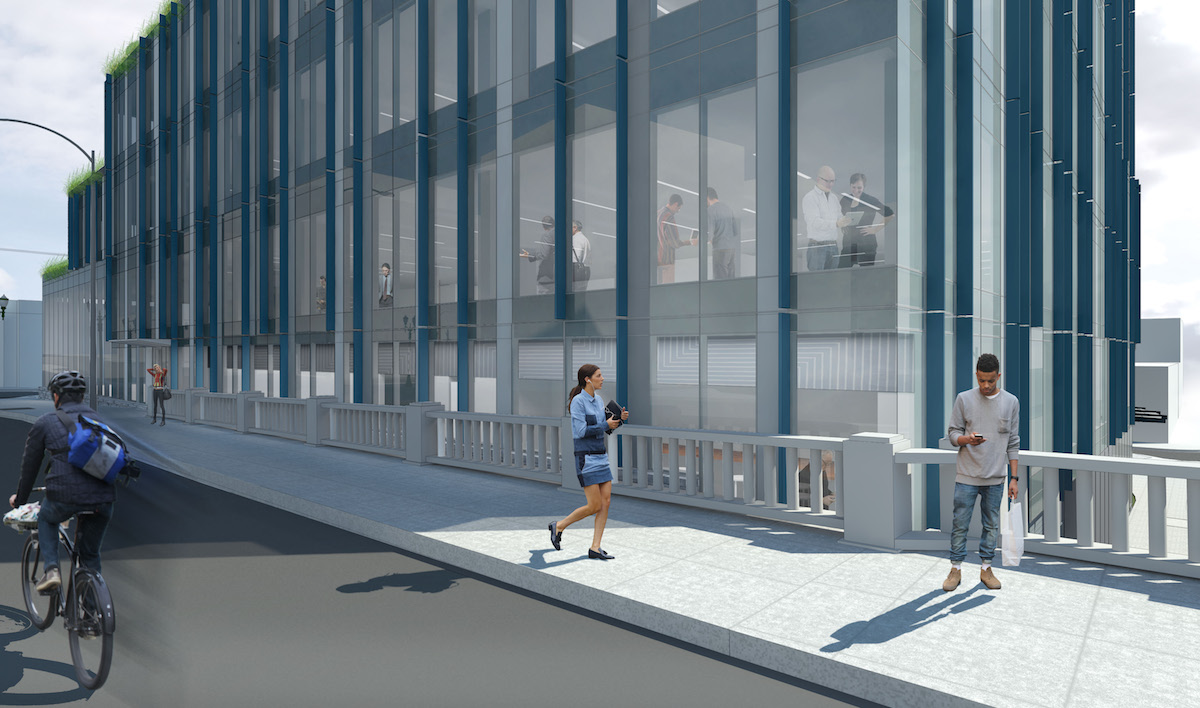 A Staff Report and Recommendation to the Design Commission, published before the March 16th hearing, did not yet recommend approval for the project. Issues cited as remaining to be resolved included: Bureau of Transportation review of the loading facilities and sidewalk design; Bureau of Environmental Services review of the stormwater facilities; the design of the soffits at the bridge elements; the proposed details and materials at roof deck at the 17th floor; and the details for the mechanical penthouse and screen cladding.

5 MLK has significantly evolved over the course of the three Design Advice Requests, held in July, September, and October 2016. At the hearing the project was generally praised for responding to feedback given by the Commission. During the hearing Commissioner Molinar offered a summary of her thoughts:

So the positives: there’s a lot for me that works really well about this building, and certainly meets the guidelines. The materials are high quality, which I really appreciate, in particular the transparency of the glass (which I very much appreciate, especially on such a tall building). Overall the building is really cohesive. There are a few spots where it feels as if there isn’t quite enough of the facade treatment going on, but that’s a detail matter. The scale at the street is great: the relationship of this building to the other buildings at the bridgehead, particularly with the breaking apart of the massing on Burnside. The setback at MLK, providing more space for pedestrians and potential restaurants or other retail uses is really appreciated. And then the creative use of landscape and rooftops is fantastic. We don’t get this level of design often for rooftops. Sometimes we get one rooftop with green space, but this is the first time I’ve seen this many rooftops.

The areas of concern are: the integration of the art piece, I’m not really convinced that won’t appear to be sort of an afterthought; the NE corner with that landscaping in the lobby seems to me that it’s really going to take away from a view down to the activity in that space, and one of the major guidelines that we really pay attention to is activating intersections, and this will really turn it into a very passive intersection; and then the integration of the curve, I think that would be stronger if it was either proportional with the mass and continued, or a rectilinear mass with the curve cut out underneath, or one of the other options you showed, but what exists now is one of the few places where I think the cohesiveness does fall apart.

The project is currently scheduled to return in front of the Design Commission for a second hearing on May 18th. 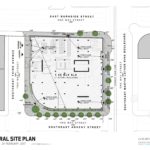 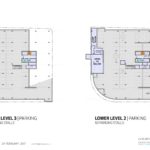 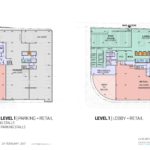 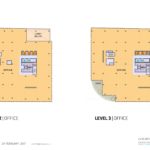 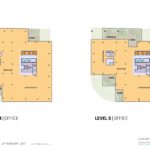 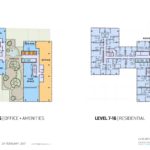 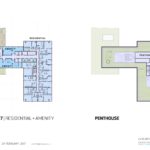 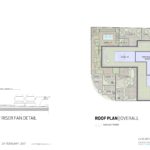 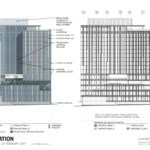 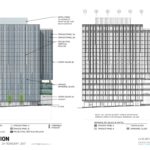 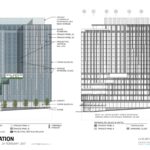 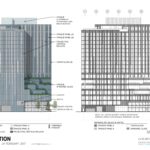 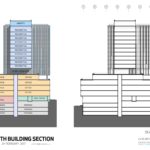 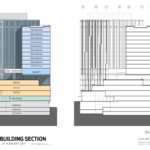