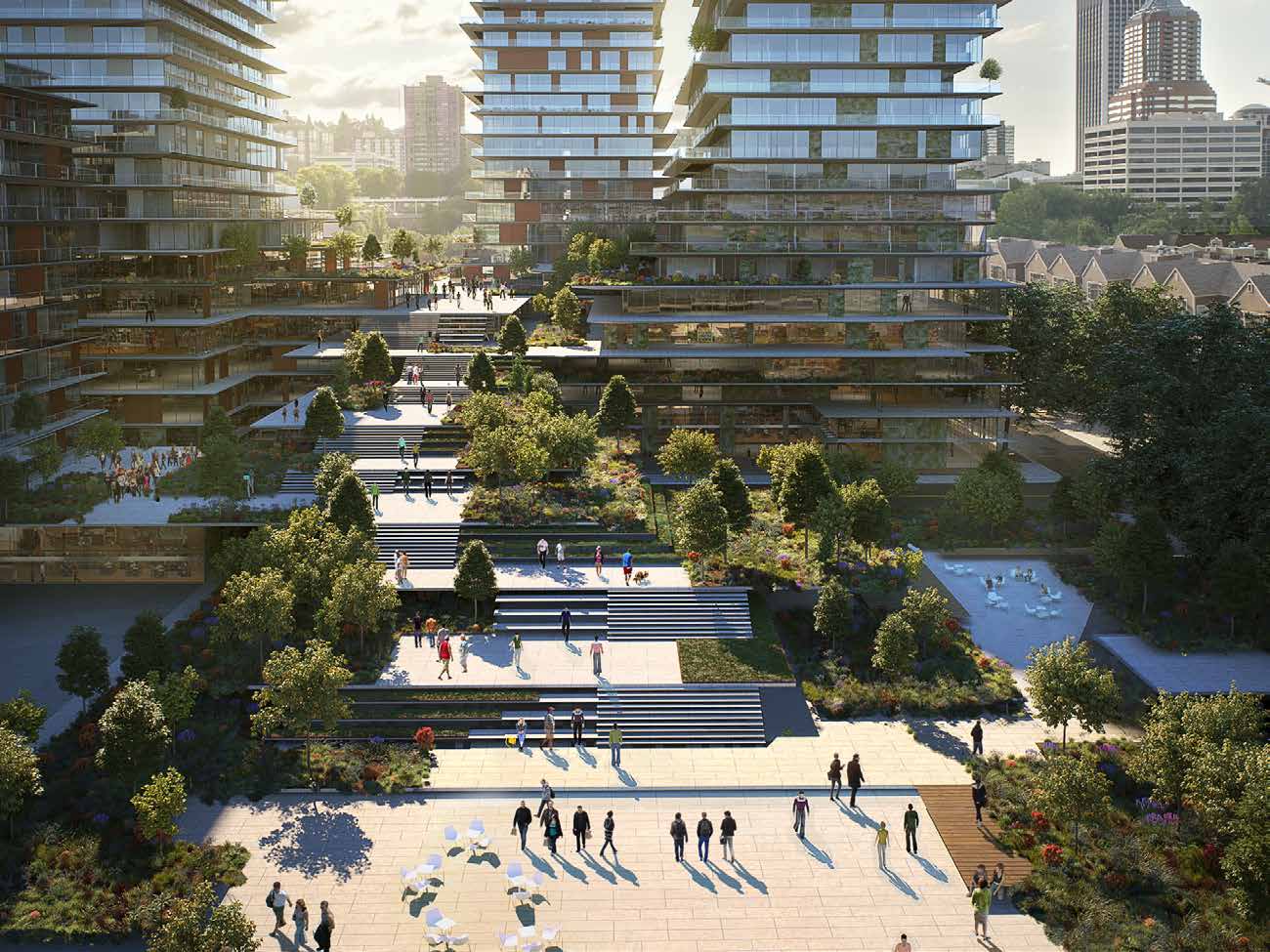 The Riverplace Redevelopment would include towers of up to 400′ tall.

The Willamette Week broke the news of the potential Riverplace Redevelopment, which could include 2,500 units, with 500 of them priced to be affordable for people making 80% of area median income. The project is being designed by Japanese architecture firm Kengo Kuma & Associates and Portland-based GBD Architects. To move forward the project will require the support of the Portland City Council for an increase in the allowable heights on the site. Mayor Wheeler has confirmed he supports the development.

The Business Tribune reported on the ground breaking for the Cook Security Group HQ at 9225 NE Cascades Parkway.

The NW Examiner wrote about the Fremont Place apartment development, and how it will affect views of the Fremont Bridge from the Fields Park.

The 7 Dees garden center at 6025 SE Powell is set to be redeveloped as a 3-story self-storage building, reports the Portland Tribune.

In the past 10 years, the City of Portland has collected $390 million in Systems Development Charges paid by developers, writes the Business Tribune.