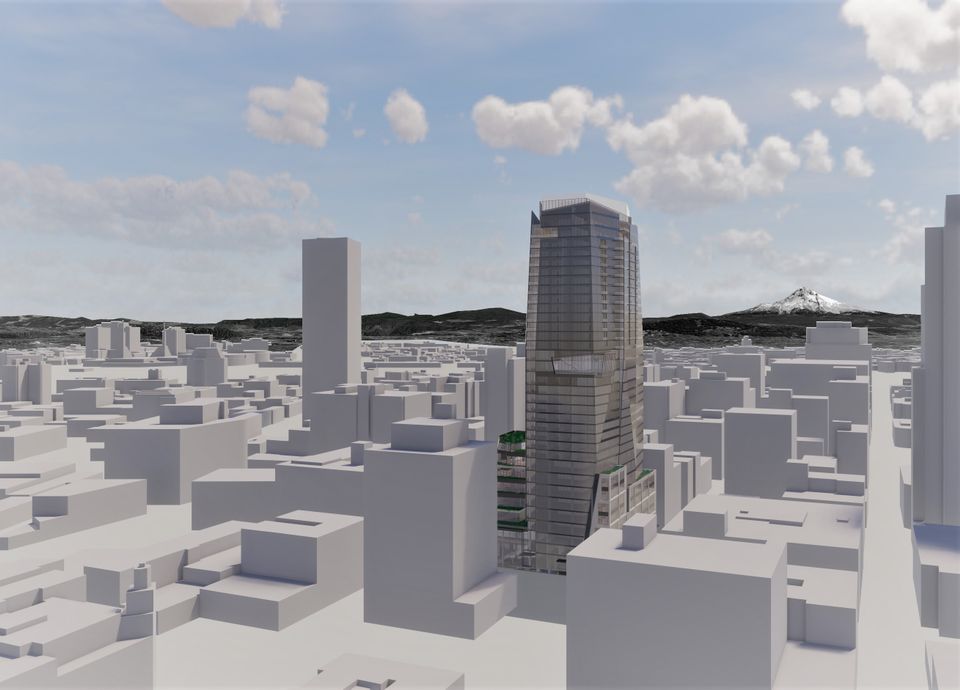 Block 216 will be 33-story hotel, office and condominium tower.

The Oregonian reported that “Portland’s first ‘5-star’ hotel [is] planned” at Block 216, currently known for the large food cart pod on the site.

The Daily Journal of Commerce published photos of the demolition of the Portland Music building in the Central Eastside. The 86-year-old commercial building will be replaced by a new office building at 525 SE MLK.

The NW Examiner reported that the peace deal over the now approved Fremont Place Apartments could be “as contentious as the fight“.

The Portland Diamond Project, which hopes to bring major league baseball to Portland, is now looking at the Port of Portland’s Terminal 2, according to the Willamette Week. The Oregonian reported that Seattle Seahawks quarterback Russell Wilson and singer Ciara have joined the effort as minority investors.

Metro is poised to refer a $652.8 million housing bond to voters, writes the Oregonian.