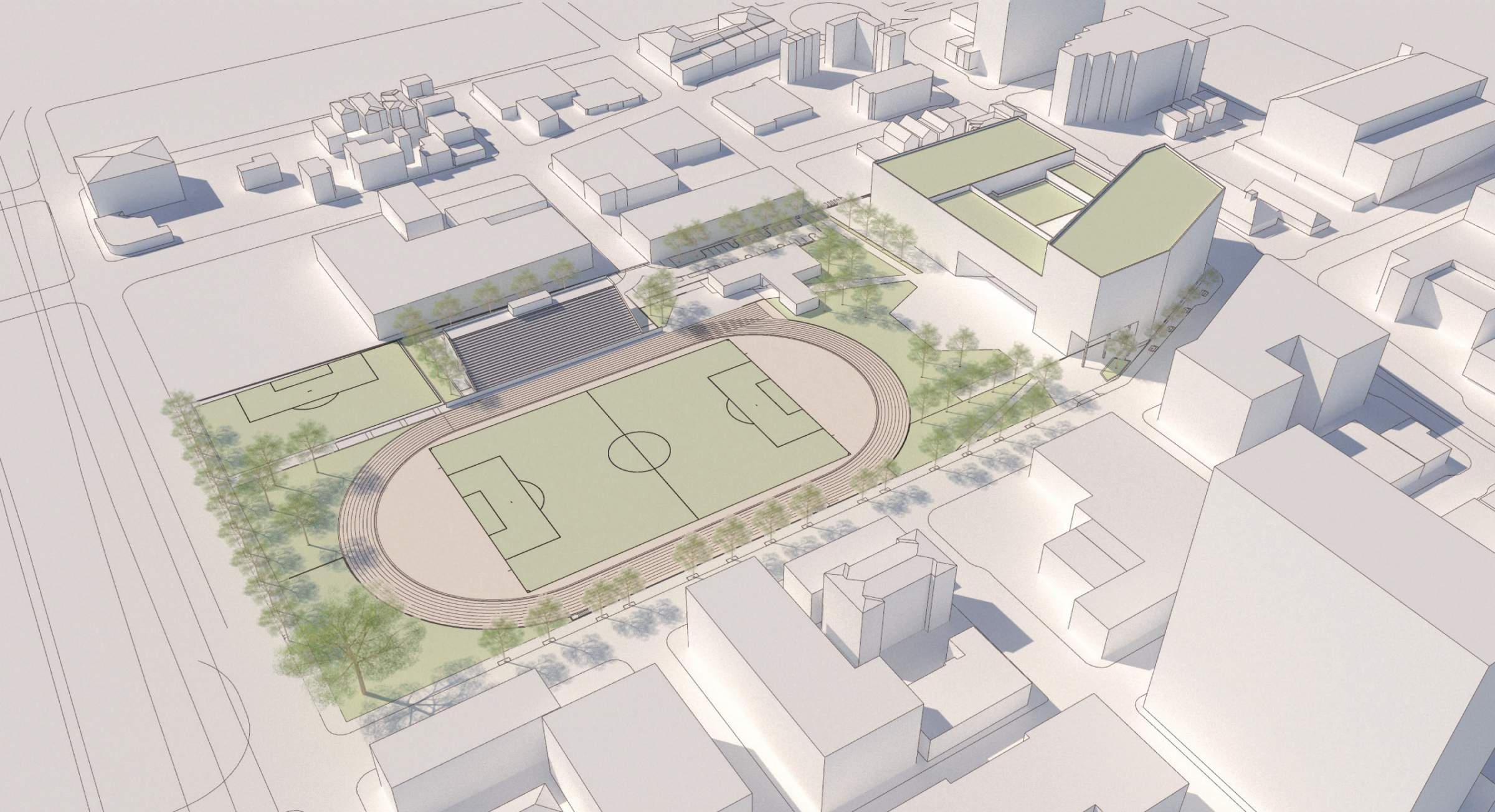 The new Lincoln High School will be built at the west side of the campus, allowing the existing school to remain open during construction. The new school is being designed by Bora Architects.

The Lincoln High School Rebuild went in front of the Design Commission for the first time. The Daily Journal of Commerce wrote about the reception it received.*

The Oregon Harbor of Hope homeless shelter and navigation center is half a million dollars over budget, reports the Oregonian.

The Portland Housing Bureau is teaming with three other public agencies to provide more than $12 million for projects that combine housing and mental health services, writes the Portland Business Journal.

A group called the Healthy Communities Coalition is pushing for a massive number of affordable units at the Broadway Corridor, according to the Willamette Week.

Cafe Hey Love Superette has opened in the lobby of Jupiter NEXT Hotel, with coffee, pastries and CBD lattes, writes Eater Portland.