An early Design Advice Request hearing has been held for Platform, a proposed 8-story office building on SE Martin Luther King Jr Blvd in the Central Eastside. The project is being designed by Allied Works Architecture for developer Project^. The building would rise to a height of 110′ to top of parapet, and include 140,000 sq ft of commercial office space, with retail uses on the ground floor. Two levels of underground parking would be provided, accessed from SE Salmon St. 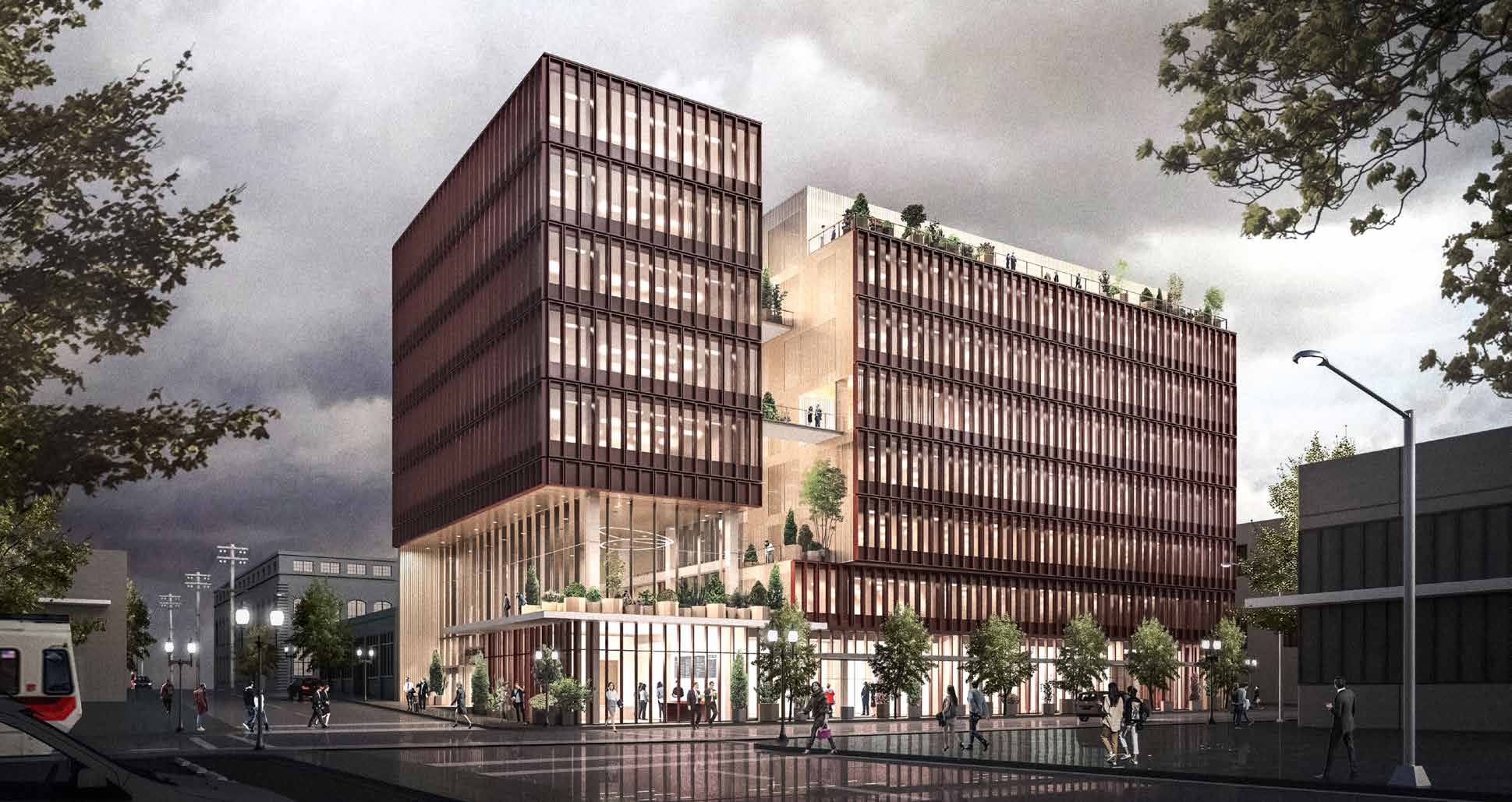 The half block project site at 1130 SE MLK is currently occupied by a single story auto shop, built in 1928. The half block to the north, across SE Taylor St, is in the same ownership and could form a future second phase of the development. The project site abuts the proposed Hammer & Hand Office and Workshop, which was approved by the Historic Landmarks Commission in April 2017, but has yet to move forward.

The building mass facing SE MLK is broken up by what the architects call a “vertical street”, which rises the full height of the building and is activated by a level two garden terrace, and a series of porches and bridges at the upper levels. At the eighth floor the massing facing the street steps back to create a large roof deck, which would have views to the west.

The material palette proposed for the buildings include glazing with deep window mullions and a metallic patina finish on the primary facades; corrugated / perforated metal panel at the areas of opaque wall; and highly glazed facades at the street level and “vertical street”. 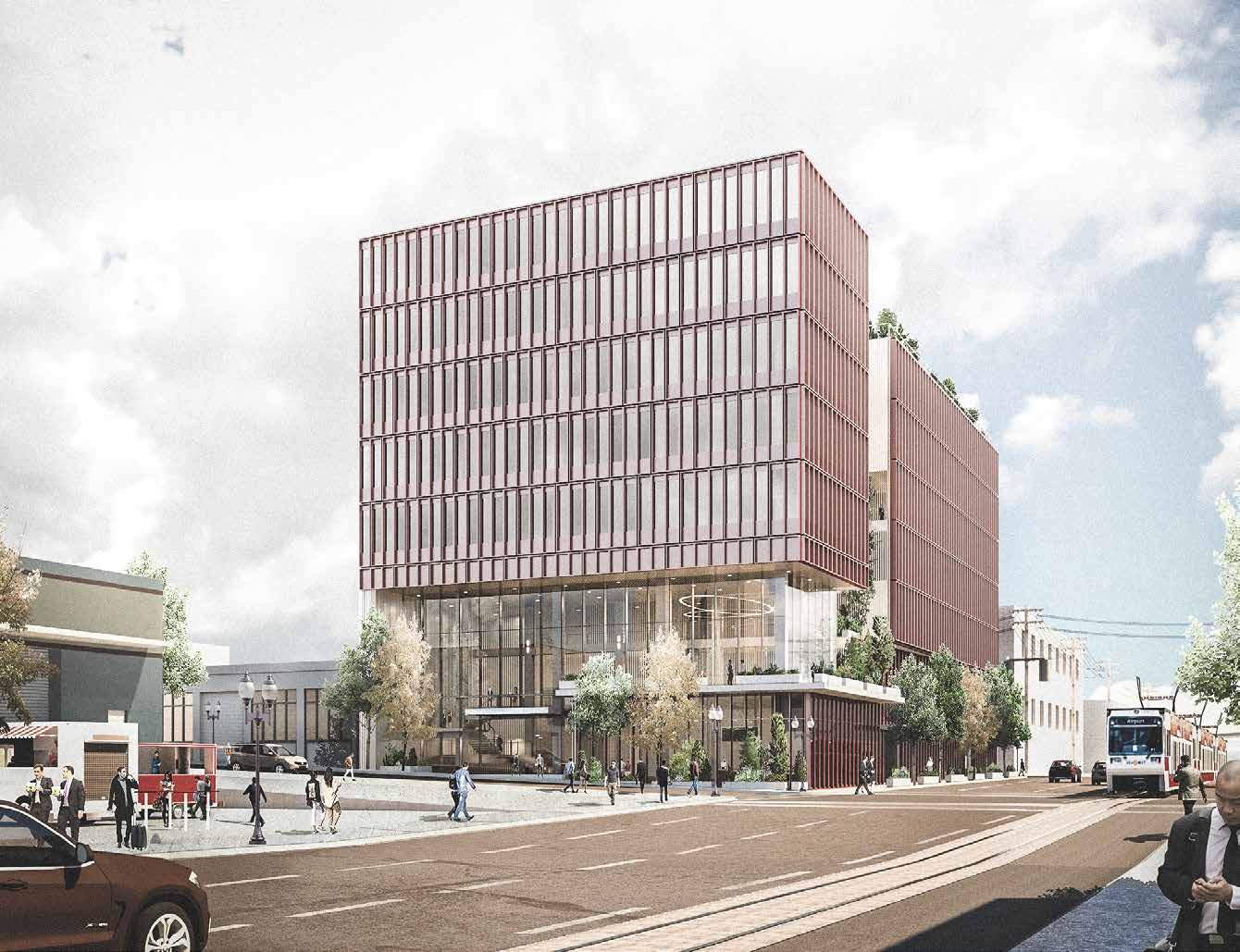 Where the building abuts the property line, two design options were presented: an articulated metal panel, which continues the rhythm of the windows on the street facing facades; and an exposed concrete frame with metal panel infill. Support for the first option was expressed by the Design Commission. 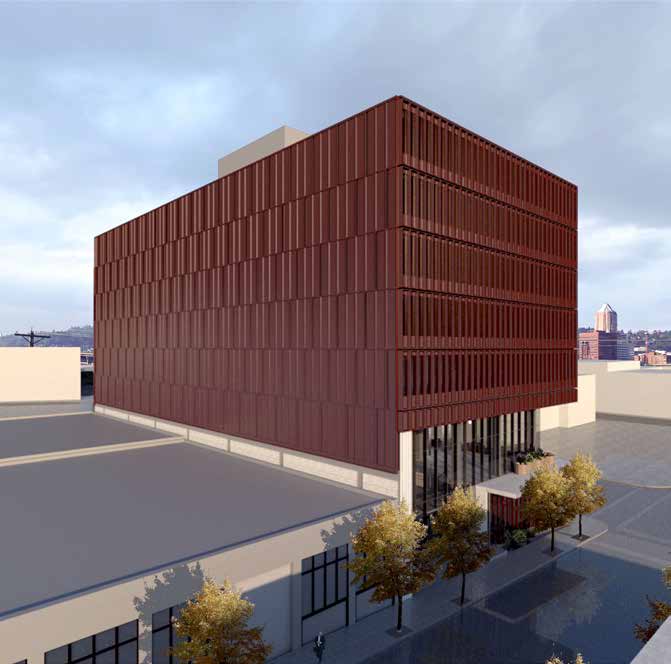 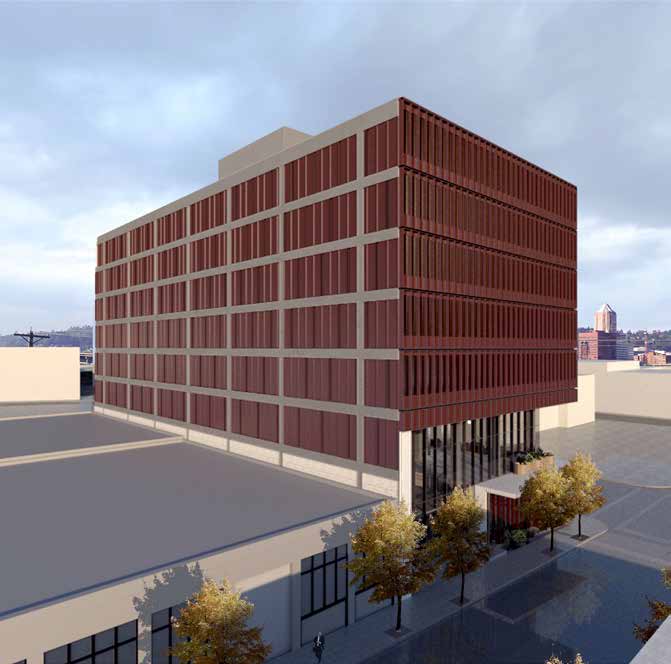 Platform received Design Advice on April 19th, 2018. The project was generally very well received by the Commission, as noted in a summary memo:

Commissioners expressed unanimous support for the massing concept; the project does a great job of responding to massing, scale, design character. The applicable guidelines speak to desired character and encourage innovative designs. The building is compatible with the industrial context while appearing sophisticated and polished.

The project would be required to go through a Type III Design Review, with public hearings in front of the Design Commission. 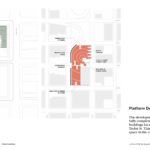 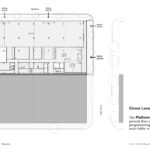 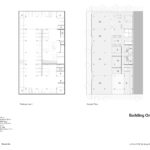 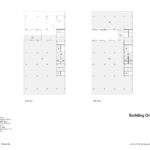 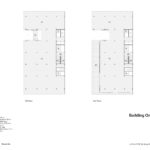 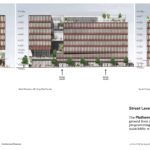