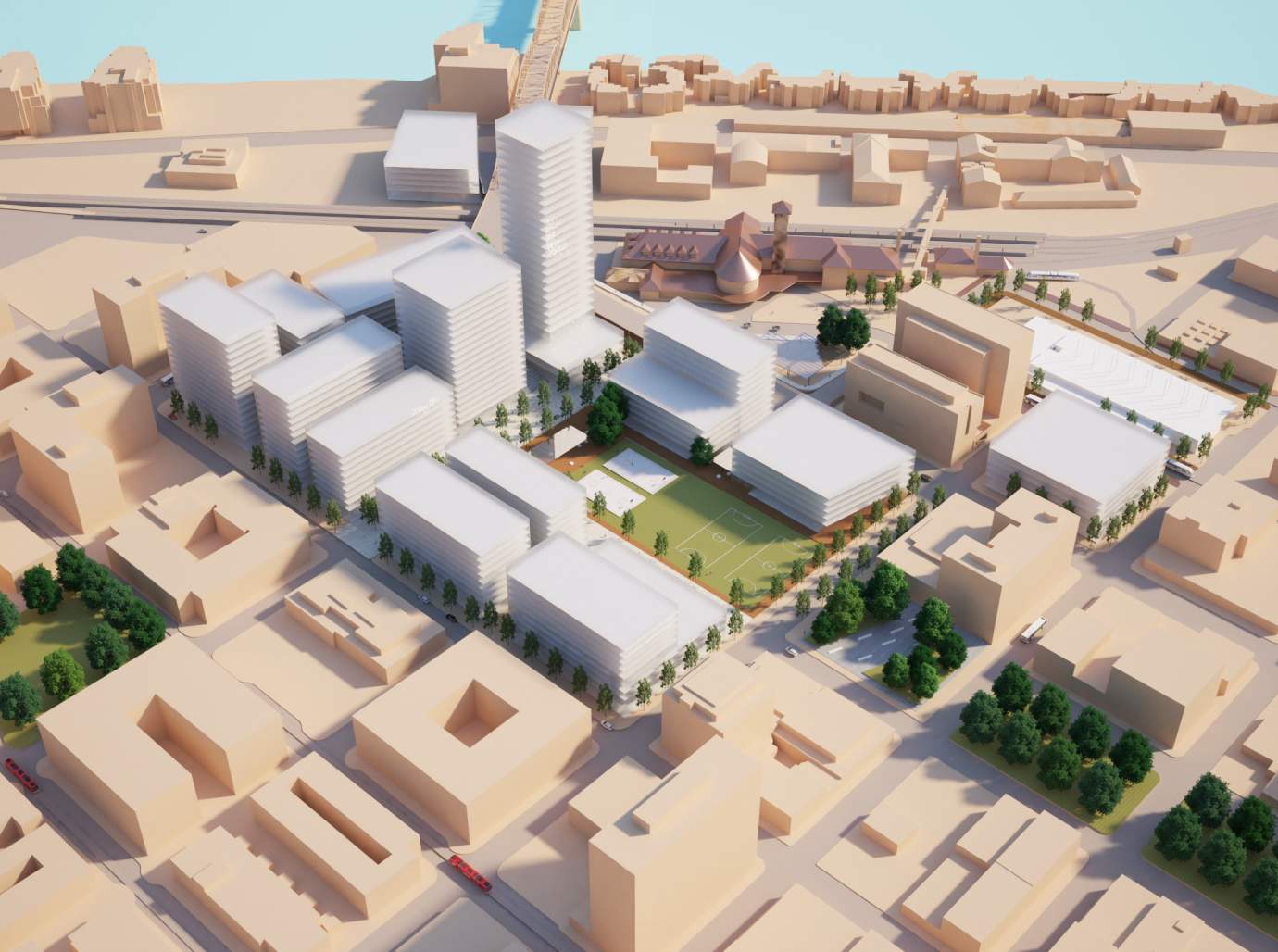 “Play” is one of three concepts being explored for the Broadway Corridor. In this concept the North Park Blocks are extended to Johnson, with a flexible open space that can be used for sports and community gatherings.

The Daily Journal of Commerce reported that Portland officials are in the early stages of trying to recruit an anchor tenant* for the Broadway Corridor redevelopment.

The Business Tribune wrote about the Beatrice Morrow, an 80 unit affordable housing development by Portland Community Reinvestment Initiatives (PCRI). Over time the goal is for “75 percent of the families that rent units in the building to move on to home ownership with the help of PCRI”.

Japanese retailer Muji has now opened in the Meier & Frank Building. The Business Tribune wrote about the Japanese retailer is “adding a next chapter to the story of retail in Portland“. Eater Portland reported that “beloved” Ladd’s Addition coffee shop Upper Left Roasters will also open in the building.

The Northwest District Association has appealed the approval of the affordable housing at NW 18th and Hoyt because they think it’s “ugly”, reports the Portland Mercury. The City Council will consider the appeal on Thursday.