The Historic Landmarks Commission has approved a renovation of the Meier & Frank Building, formerly home to the downtown branch of Macy’s. The renovation is being designed by Bora Architects, for project owners Sterling Bay and KBS Realty Advisors.  The project will create up to five new ground floor retail spaces, and convert levels 2 to 5 of the building to creative office space. Portions of the existing basement will be re-purposed as bike parking and lockers, a gym, a conference room and a multi-use area. The top floors of the building, home to the Nines Hotel, are in separate ownership and are not part of the project. 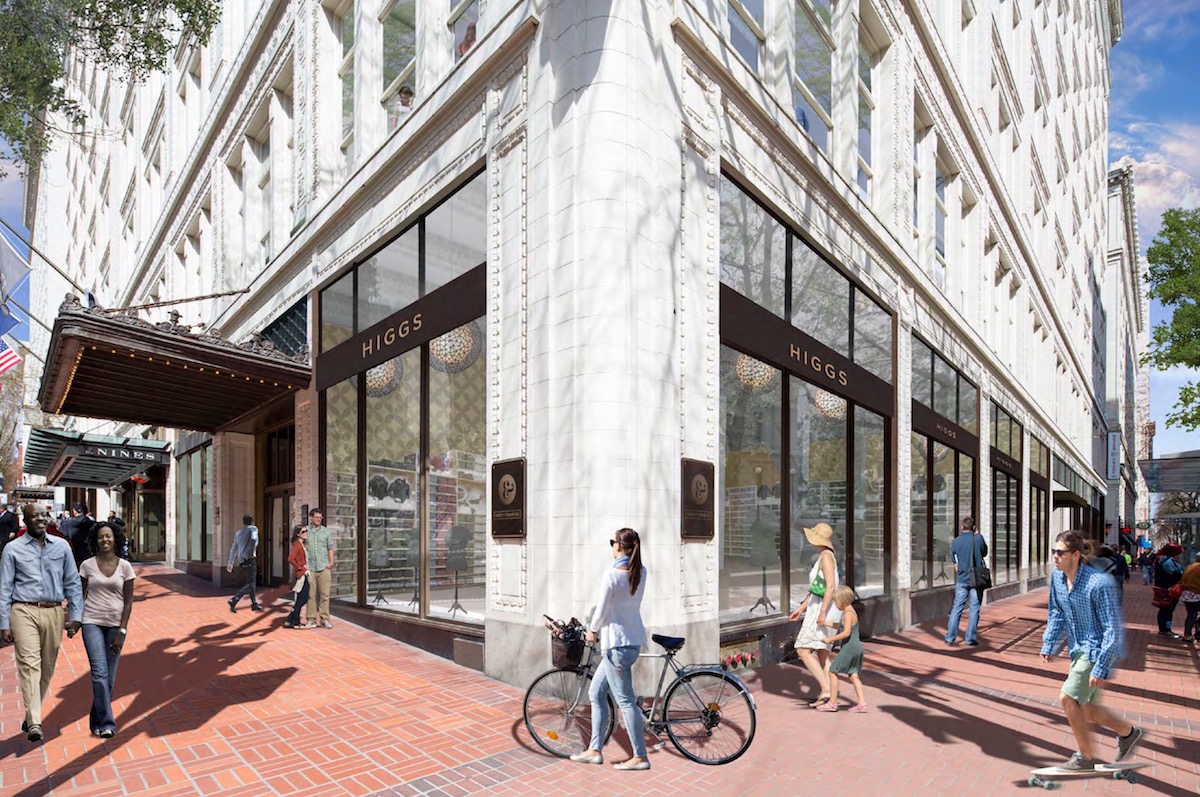 The  building occupies a full downtown block, bound by SW Morrison, 6th, Alder, and 5th. The building was built in three phases, for Portland based department store Meier & Frank. The first phases, which faces SW Alder, was designed by AE Doyle and completed in 1909. The second phase, which faces SW 5th Ave, was completed in 1915 and replaced the original 1898 Meier & Frank building. The final phase on the corner facing SW 6th & Morrison was completed in 1932, to designs by New Yorks’ DeYoung, Moscowitz & Rosenberg and Portland’s Herman Brookman. The building was listed on the National Register in 1982.

In 2005 Meier & Frank’s parent company was acquired by Macy’s. The following year a major renovation of the building was approved, allowing Macy’s to occupy the basement to fifth floor. The floors above, some of which were by that time only being used for storage or corporate offices, were sold and converted to hotel use. Macy’s opened in the Meier & Frank building in 2007, with the Nines hotel following in 2008. In November 2016 it was reported that Macy’s would be closing their downtown store and selling their share of the building.

Exterior work to the building will include removing canopies added as part of the Macy’s remodel. Original canopies on SW Morrison will be retained, marking the entrance to the office lobby and one of the ground floor retail spaces. New canopies will also be added at the historic retail entries on SW 5th & 6th Aves, which were closed during the period Macy’s occupied the building. An existing canopy on SW Alder, which has been repeatedly hit by vehicles, will be reduced in depth from 12′ to 8′. Other exterior work will include reinstalling double hung wood windows at the second floor, to replace louvers added to the facade as part of the Macy’s remodel. 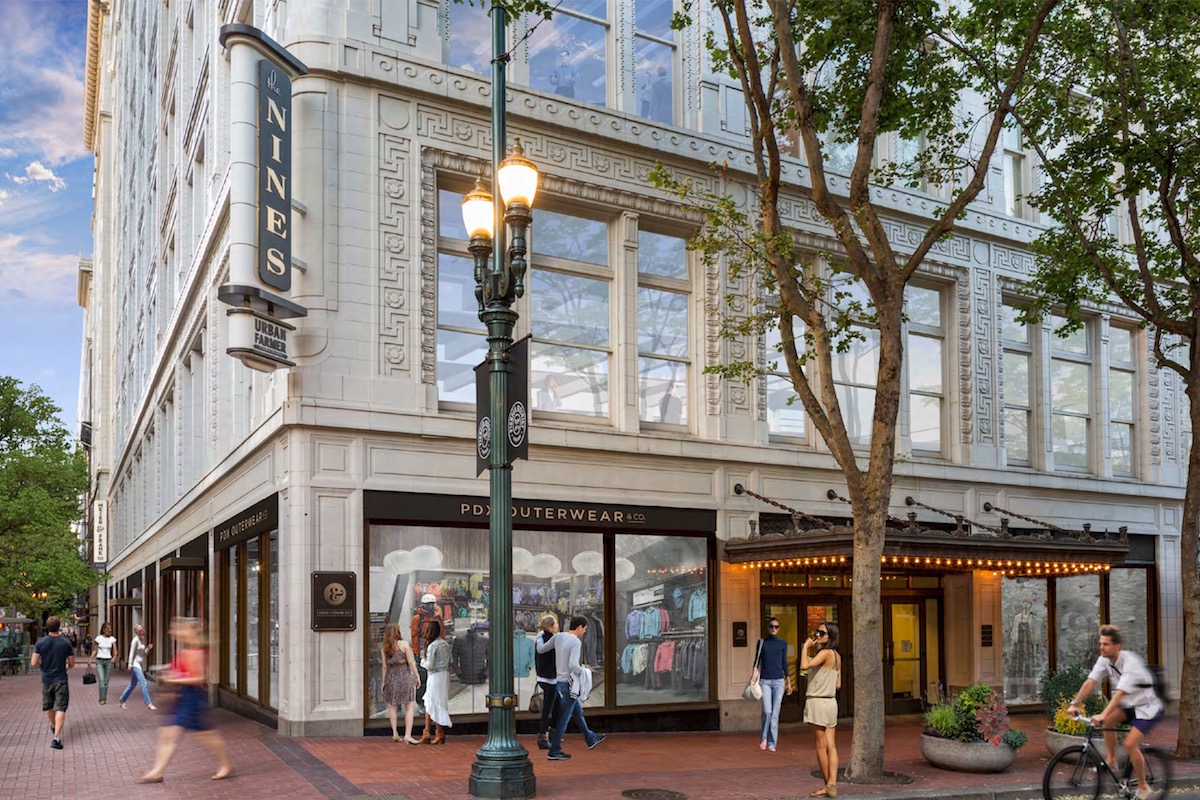 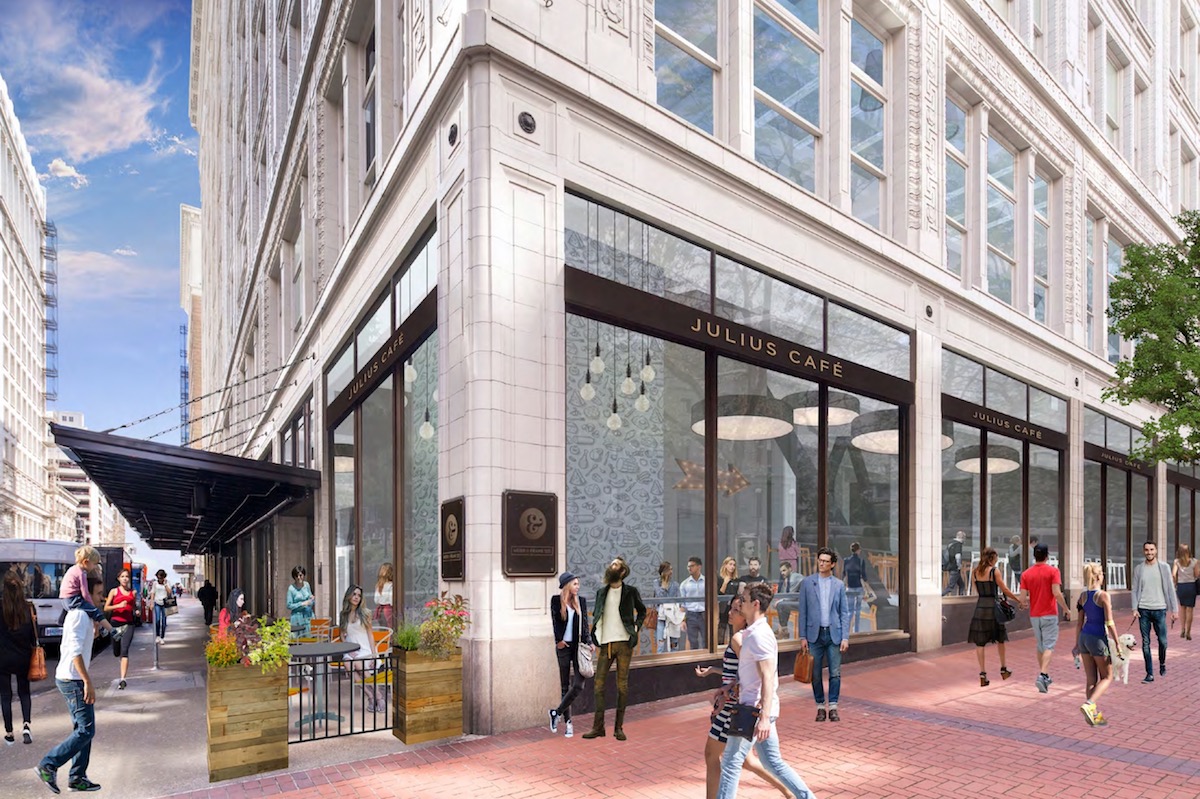 The renovation of the building was approved by a unanimous vote of the Historic Landmarks Commission on July 10th. As noted in the conclusion to the Staff Report, the Meier & Frank Building met many of today’s Design Guidelines long before they were written:

The Meier and Frank building has historic significance as one of Portland’s most iconic and recognizable commercial buildings. For more than 100 years it has been the locus of an active and vibrant street life in downtown Portland. With its coherent design, ornate entrance canopies and large display windows it met the spirit of the Central City Fundamental Design Guidelines far before these rules were ever conceived for the city. The proposed project would support and enhance this design in a manner that does not compete with the historic design or materials of the building. For these reasons the proposal meets the applicable Historic Resource Review criteria and, therefore, warrants approval

A leasing website for the project is live at www.meierandfrankpdx.com. Interior demolition work has already begun. A building permit for the conversion of the space from retail to office is currently under review. 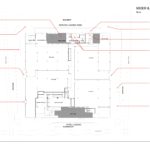 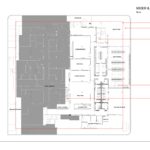 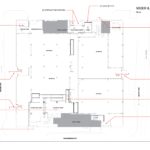 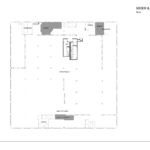 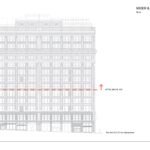 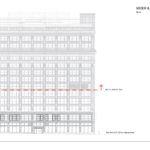 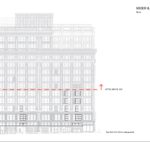 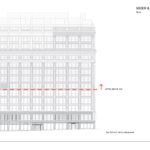