The Landing Drive Apartments are under construction in John’s Landing, on the site of the former Willamette Athletic Club at 4949 SW Landing Drive. The project by GBD Architects for developer Guardian Real Estate will be 5-7 stories tall. It will have 166 apartments, broken down into a mix of 38% one bedroom, 32% one bedroom plus den, and 29% two bedroom. The primary exterior materials are brick and stucco. 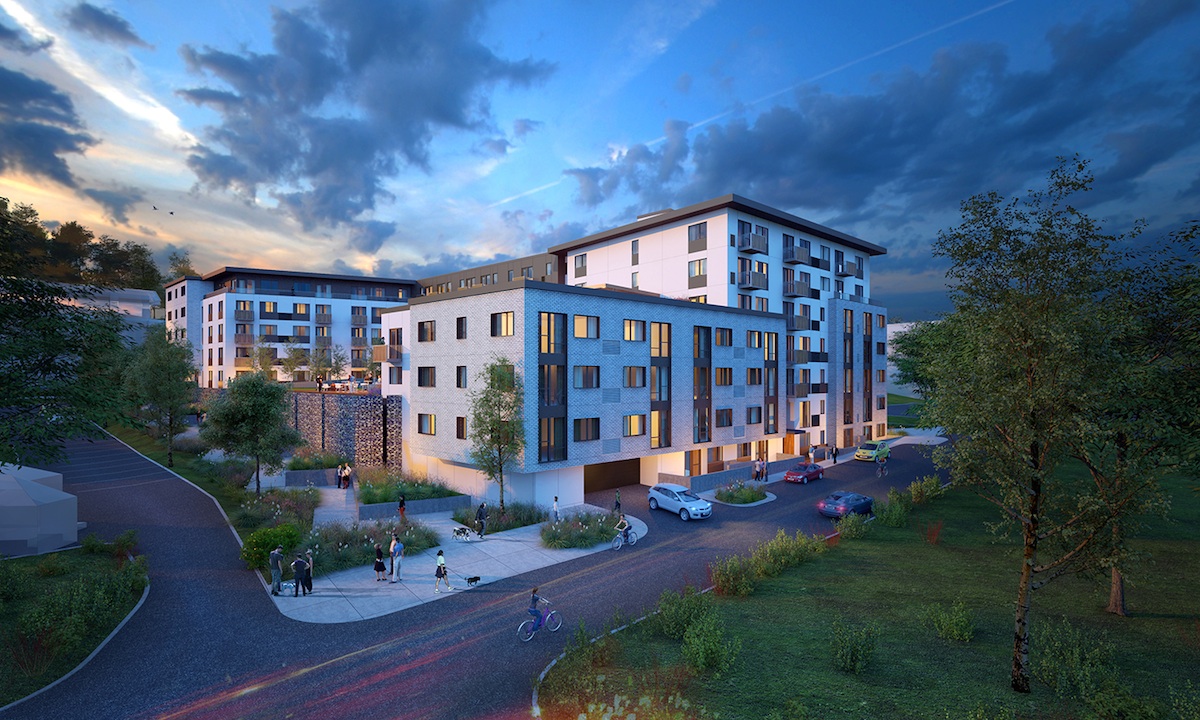 The building is arranged in a U-shaped plan, with a south facing courtyard for the use of residents. A new publicly accessible 8′ wide walkway will be created between SW Macadam Ave and SW Landing Drive. 142 vehicular parking spaces are provided in a parking garage partially below grade. The above grade portions of the garage are screened with a gabion rock wall. 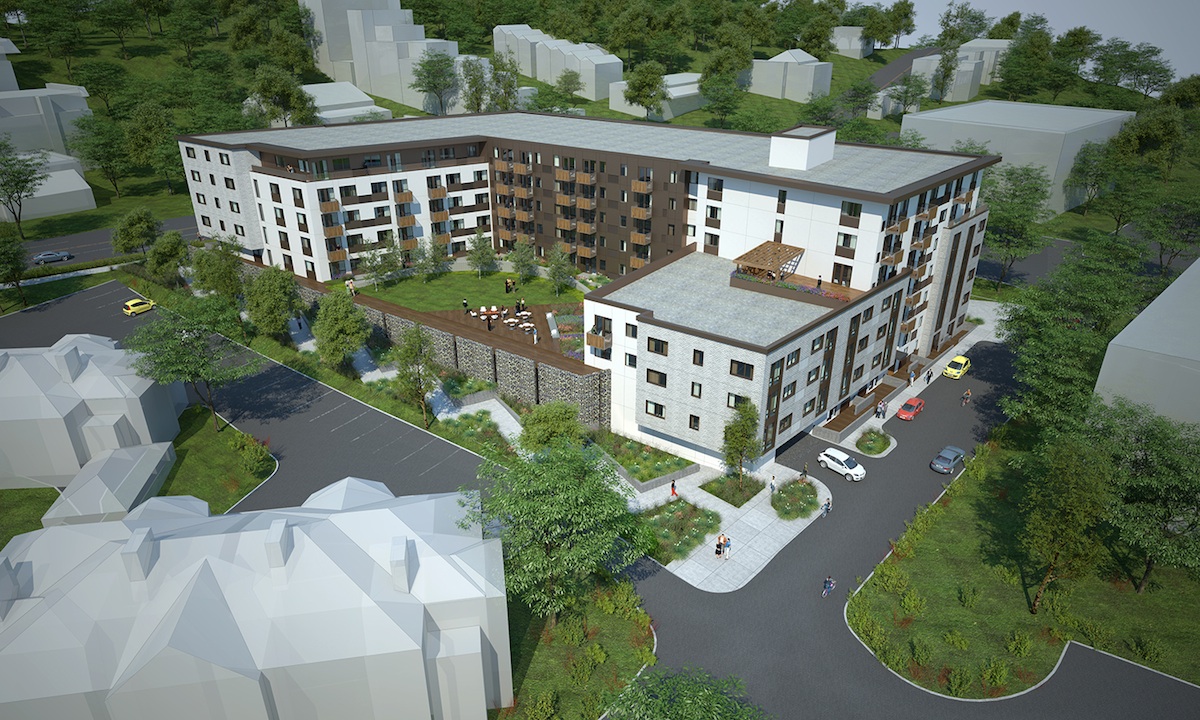 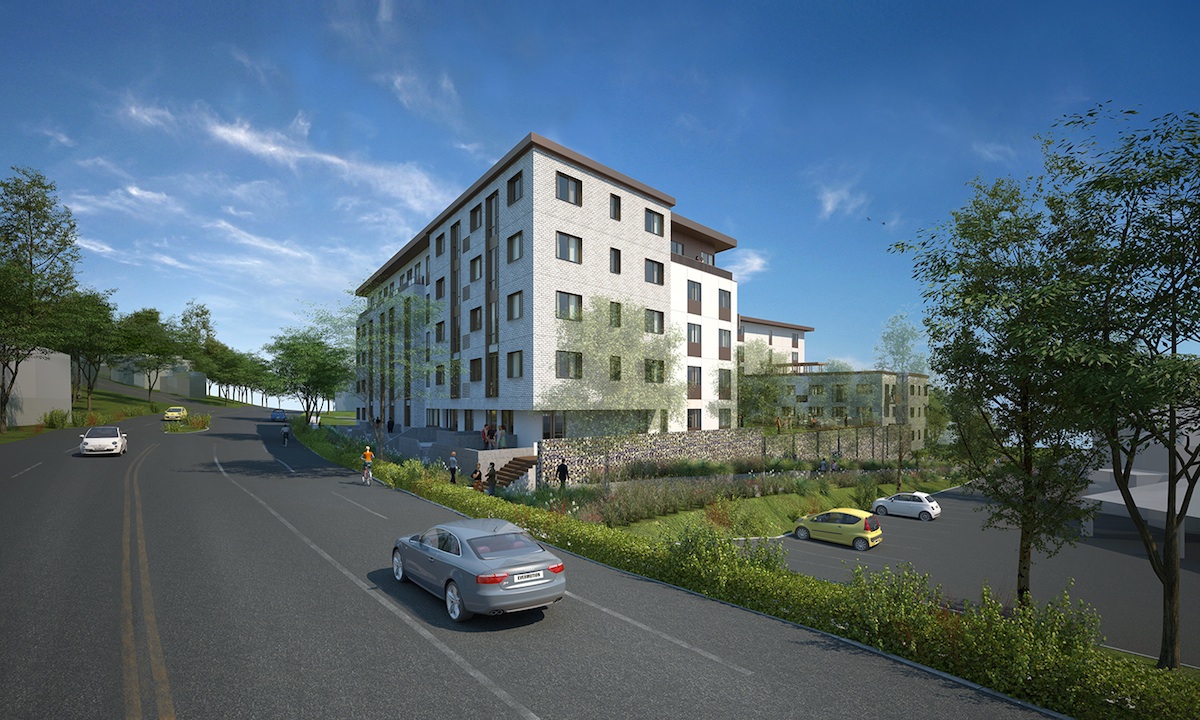 In a decision to approve an Adjustment Review [PDF] for the project, the Bureau of Development Services found that the “proposed apartment building creates an urban, pedestrian-friendly environment along Macadam Avenue” and that it “approximates the 200-foot block structure in the north-south direction, and mitigates for lengths over 200-feet in the east-west direction through the use of a south-facing courtyard, massing and planar shifts in the design, and a lowered building mass at the southeast corner.”

The project is scheduled for competition in December 2015. 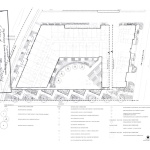 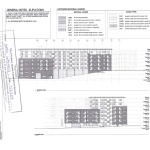 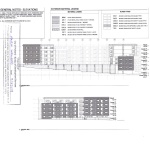