Multnomah County is in the process of choosing a site for the new Central Courthouse. The new $250-260 million courthouse will replace the existing courthouse, which was built in two phases between 1909 and 1914 to designs by the architects Whidden & Lewis. As well as being too small for current needs, the existing courthouse has serious seismic deficiencies and does not adequately separate the public, courthouse staff and defendants. 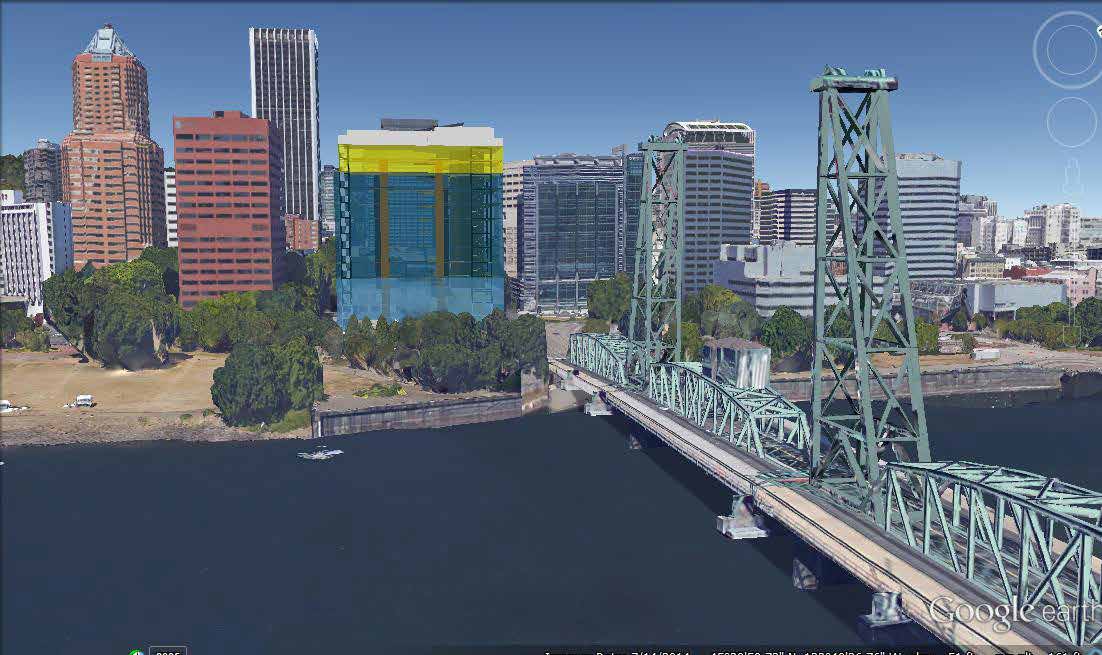 The Multnomah County Commissioners voted in December to move ahead with analysis for two sites for the replacement courthouse: a preferred site at the west end of the Hawthorne Bridge; and an alternate site a few blocks away, adjacent to the KOIN Tower. An open house was held on January 29th at the Multnomah Building on SE Hawthorne Blvd. A second open house is scheduled for February 5th, from 5:30 to 7:30 pm, at the Central Courthouse.

To assist in deciding between the two sites, the County has employed HDR, Inc to produce conceptual plans and massing studies to show how the required program can fit on each of the two sites. These are not designs for the courthouse, and Multnomah County does not expect to appoint an architect until later this year.

The preferred site is on County owned land at the west end of the Hawthorne Bridge. The land includes a ramp which was formerly used for vehicular access onto the bridge; it is now closed for to cars, but can be used by pedestrians and cyclists. One quarter of the block—not included in the project site—is occupied by the Jefferson Substation, a building which is listed [PDF] on the National Register of Historic Places. The building is home to the restaurant Veritable Quandary, whose owner (along with many of its patrons) is worried about the impact the construction of the new building will have on the iconic establishment.

The conceptual images show that the program can be accommodated in an L-shaped building, of approximately 15 floors. A typical floor shows 6 courtrooms and 6 jury deliberation rooms. As is standard practice in modern courthouses, public circulation, staff circulation and secure in-custody circulation is all kept separate, to ensure proper separation of people. 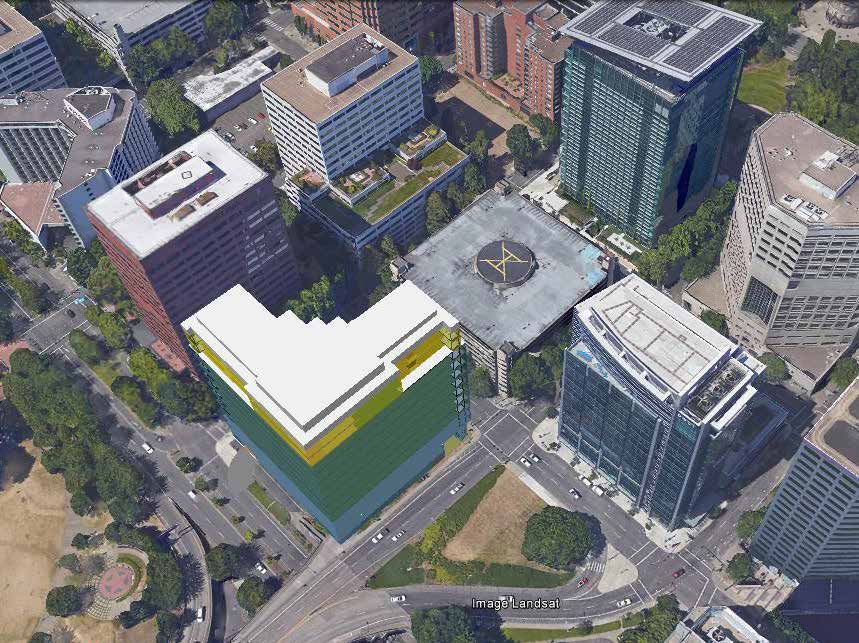 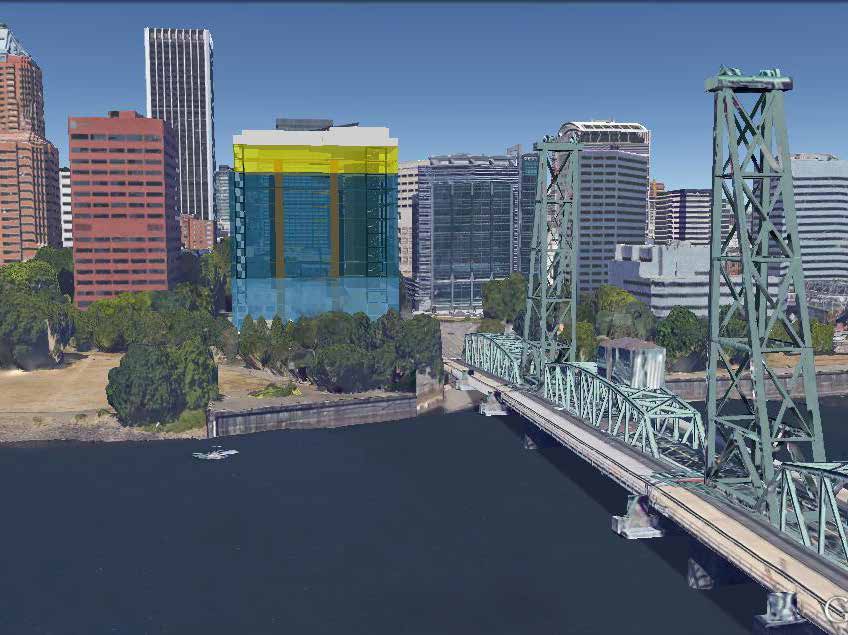 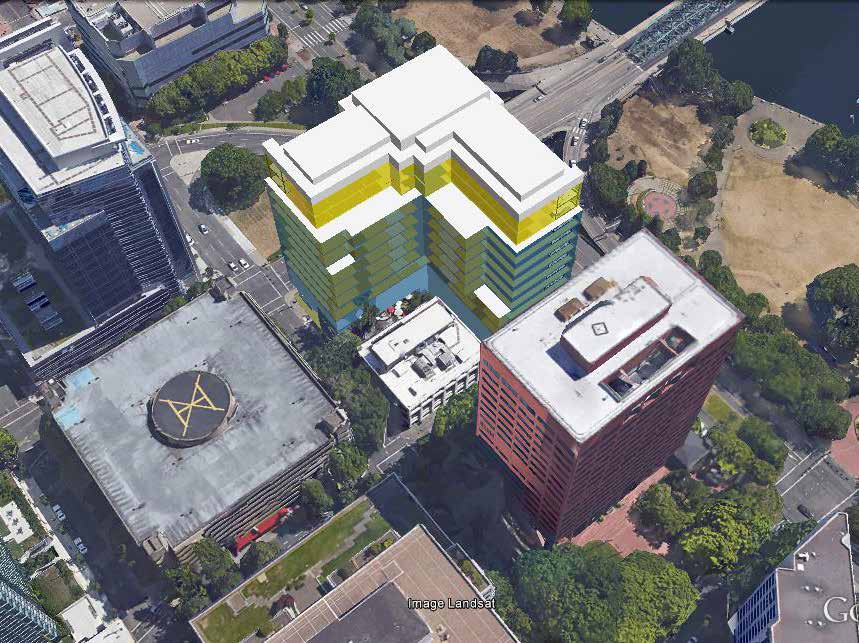 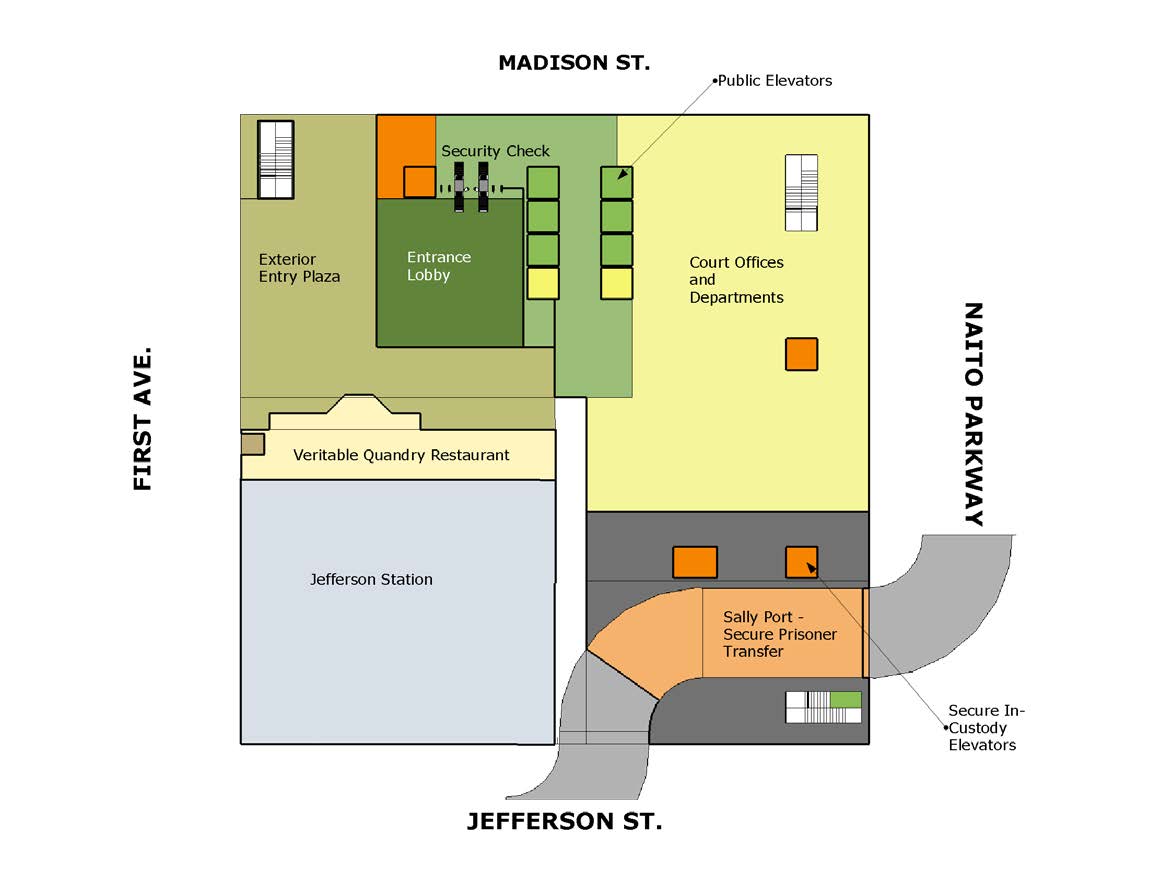 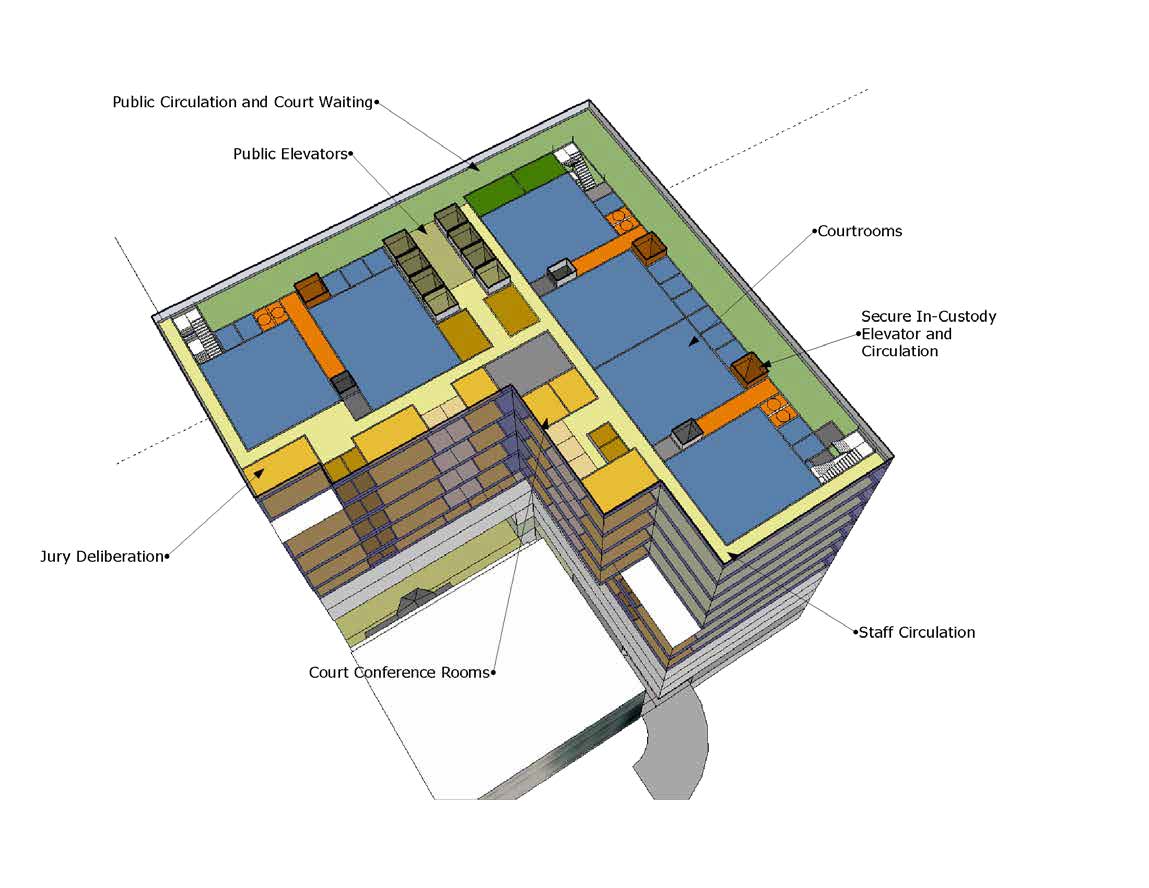 The conceptual images show that an exterior entry plaza could be created along SW 1st Avenue, adjacent to the Veritable Quandary restaurant.

The alternate site is located immediately to the east of the KOIN tower, and is currently in private ownership. One third of the block is taken up by a ramp which forms the entrance to the underground parking of the adjacent tower. Should this site be chosen, public access to the garage will need to be maintained both during and after construction of the new courthouse.

The conceptual massing for the alternate site shows a very similar potential configuration, of a roughly 15 story L-shaped building. Plan layouts for the typical floors are also very similar. 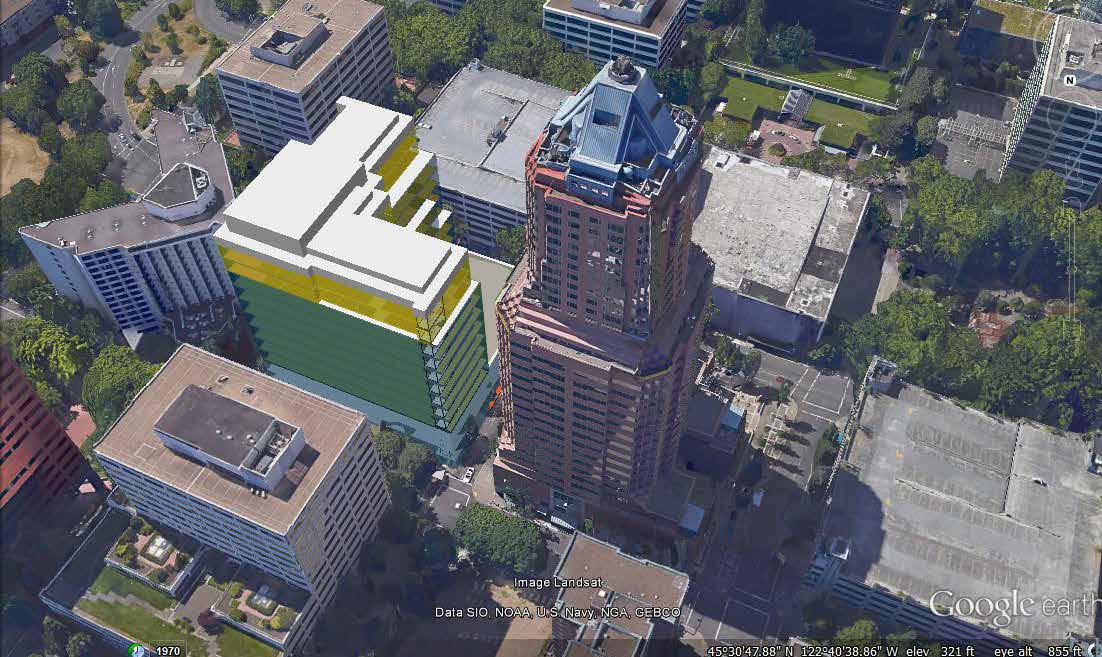 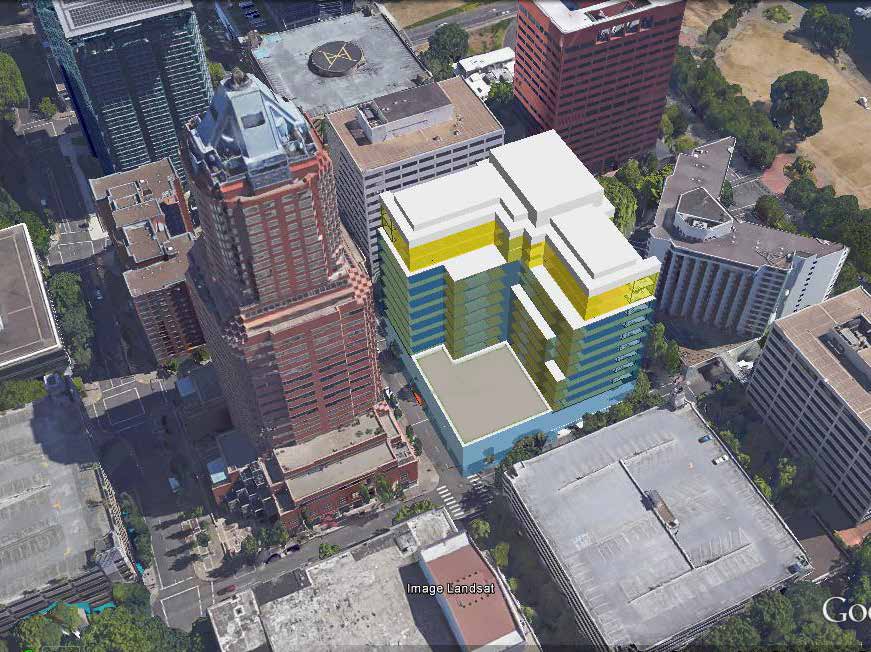 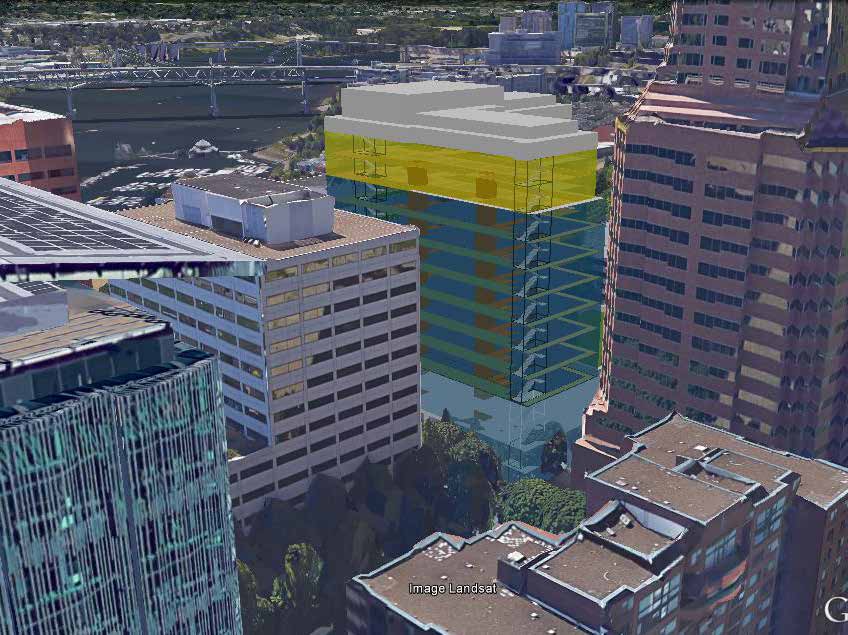 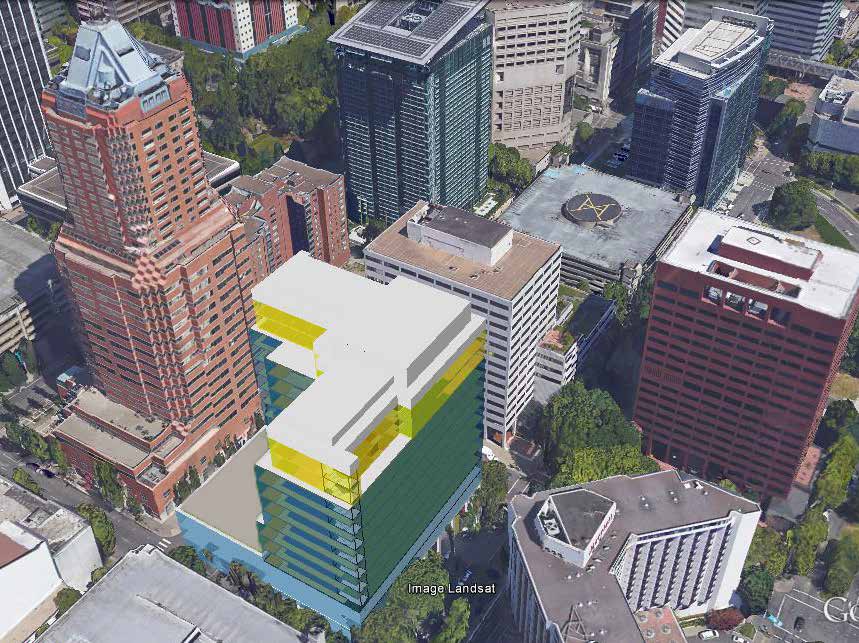 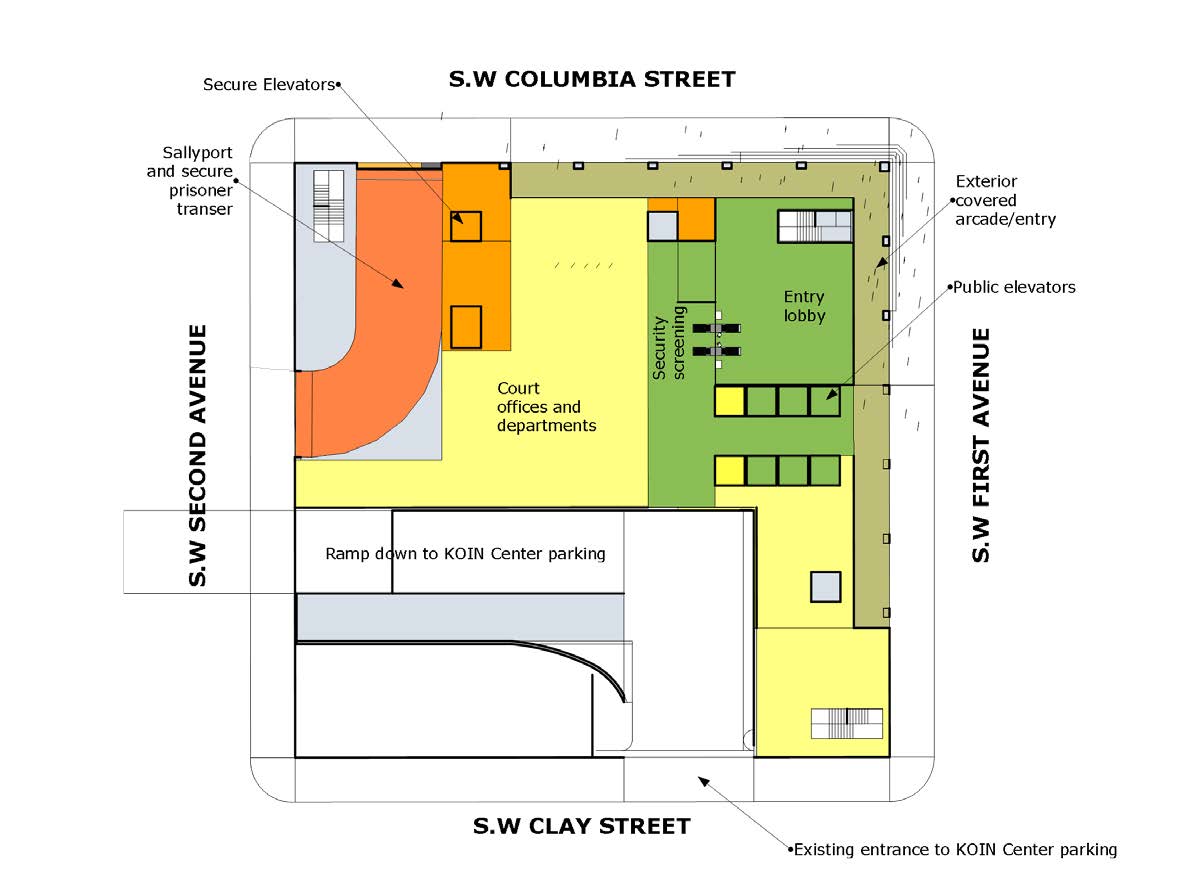 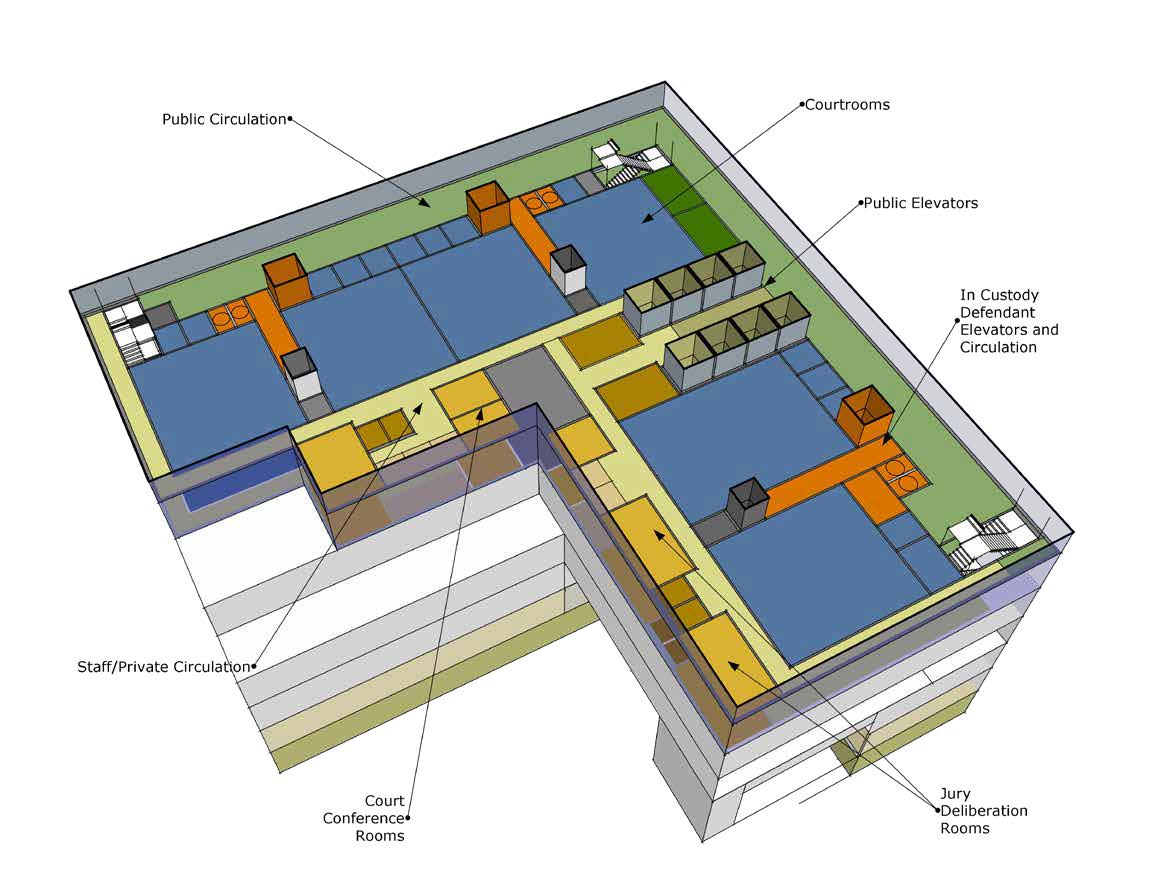 At the ground level, the massing models show that a double height arcaded entry could be developed facing the corner of SW 1st Ave and SW Columbia.

Multnomah County intends to appoint an architect in July 2015, with design work beginning in August. Construction is currently scheduled to begin in 2017. Ooccupancy of the new building is planned for 2020.