The Design Commission has reviewed drawings for The Dianne, a proposed 15 story building in the Pearl District. The 153′ tall building will include 14 floors of habitable space, plus a mechanical penthouse at the top floor. The project will provide 102 apartments and approximately 1,500 sq ft of ground floor retail space, fronting onto NW 11th Ave. Parking for 52 vehicles will be provided, most of it in a mechanized parking system. 155 bike parking spaces will be located in the basement. The architects for the project are Ankrom Moisan. The developer is John Carroll of Carroll Investments, whose previous projects in the neighborhood include The Gregory Condos, The Edge Lofts, The Chown Pella Lofts, The Elizabeth Lofts and the McKenzie Lofts. 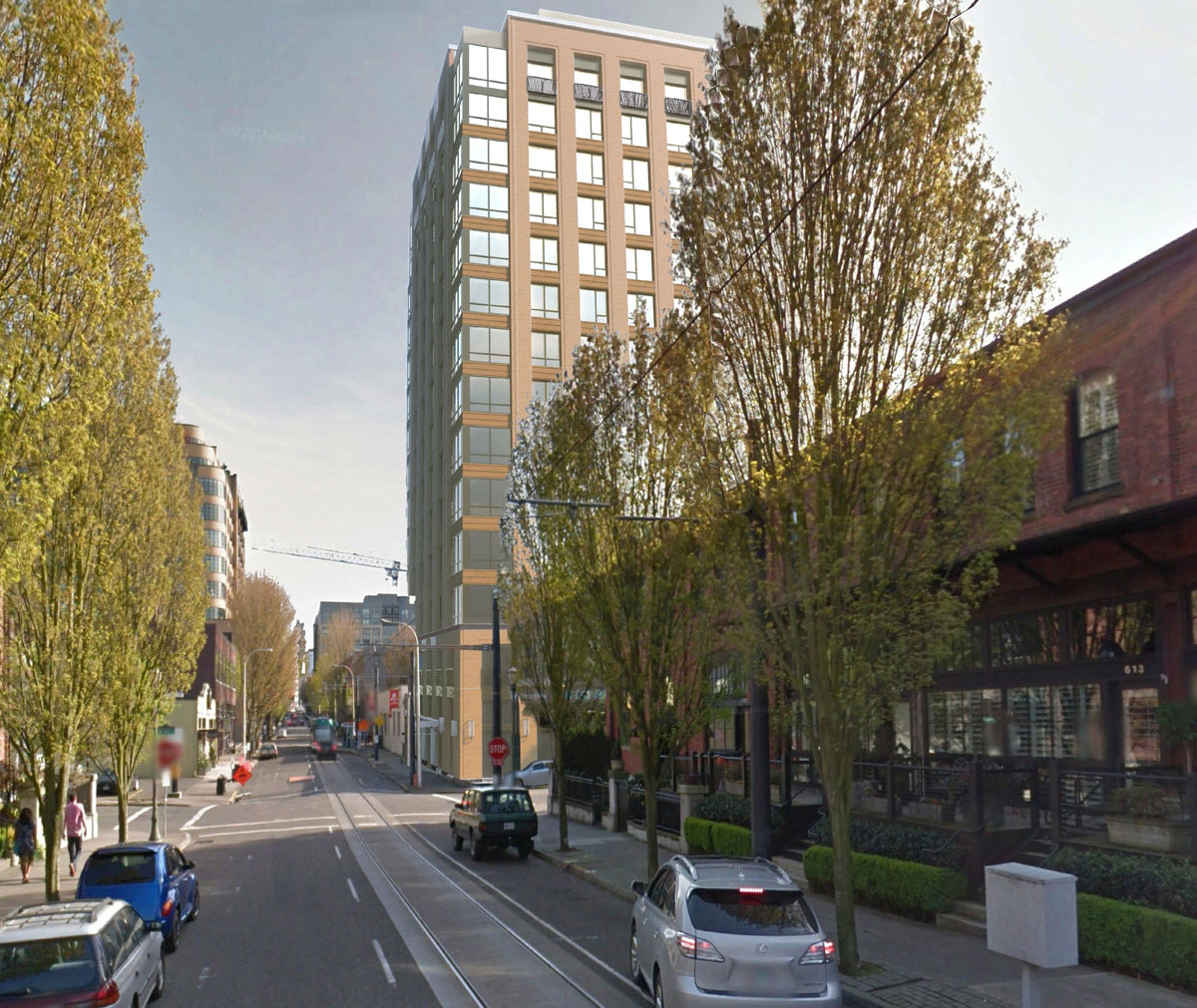 The project will be located on a quarter block site at NW 11th & Hoyt, which is currently occupied by Jim Stevens Auto Body. The project will utilize a Central City Masterplan to transfer some of the allowed Floor Area Ratio (FAR) from the Speedometer building at 530 NW Hoyt, which is occupied by the French Quarter Linens store. The transfer will allow the Dianne to go taller, while greatly reducing the chances that the Speedometer building will be redeveloped in the future. 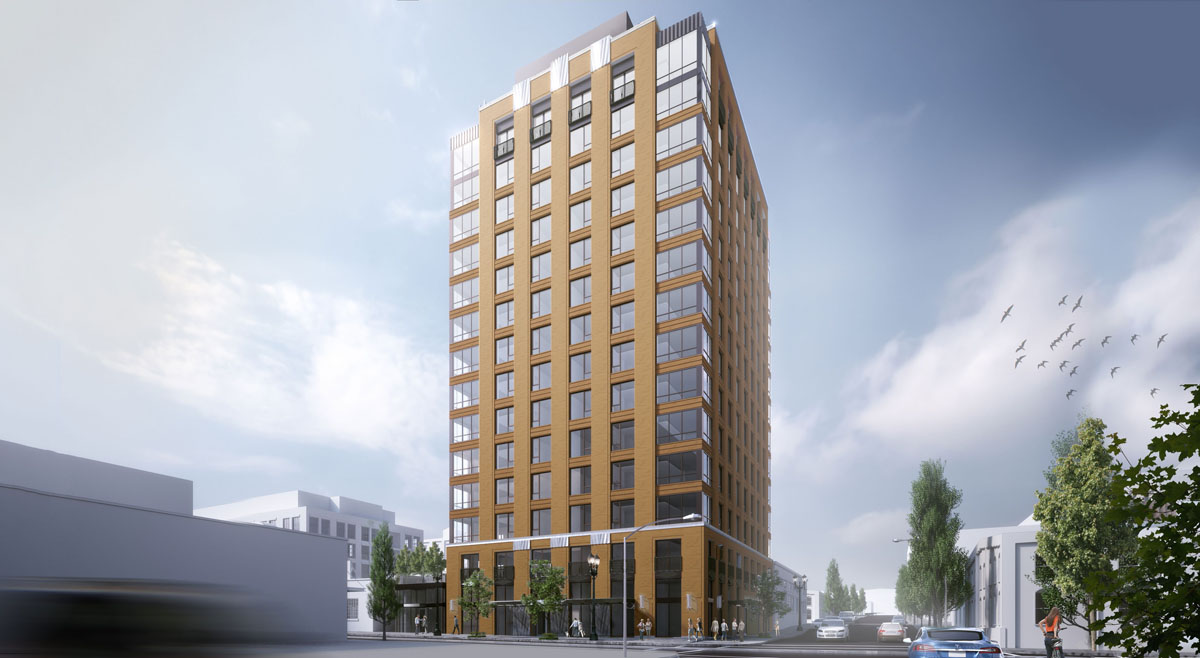 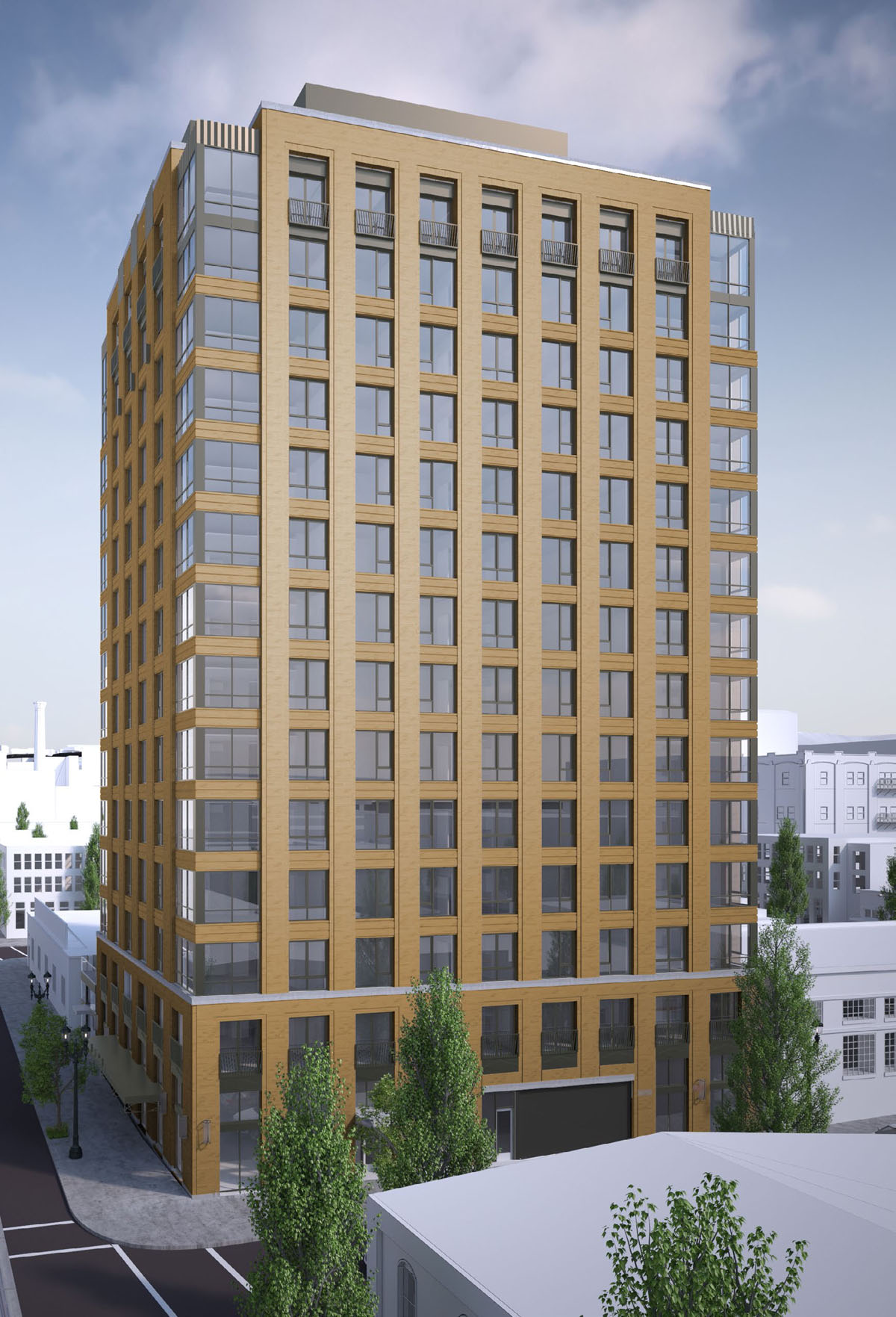 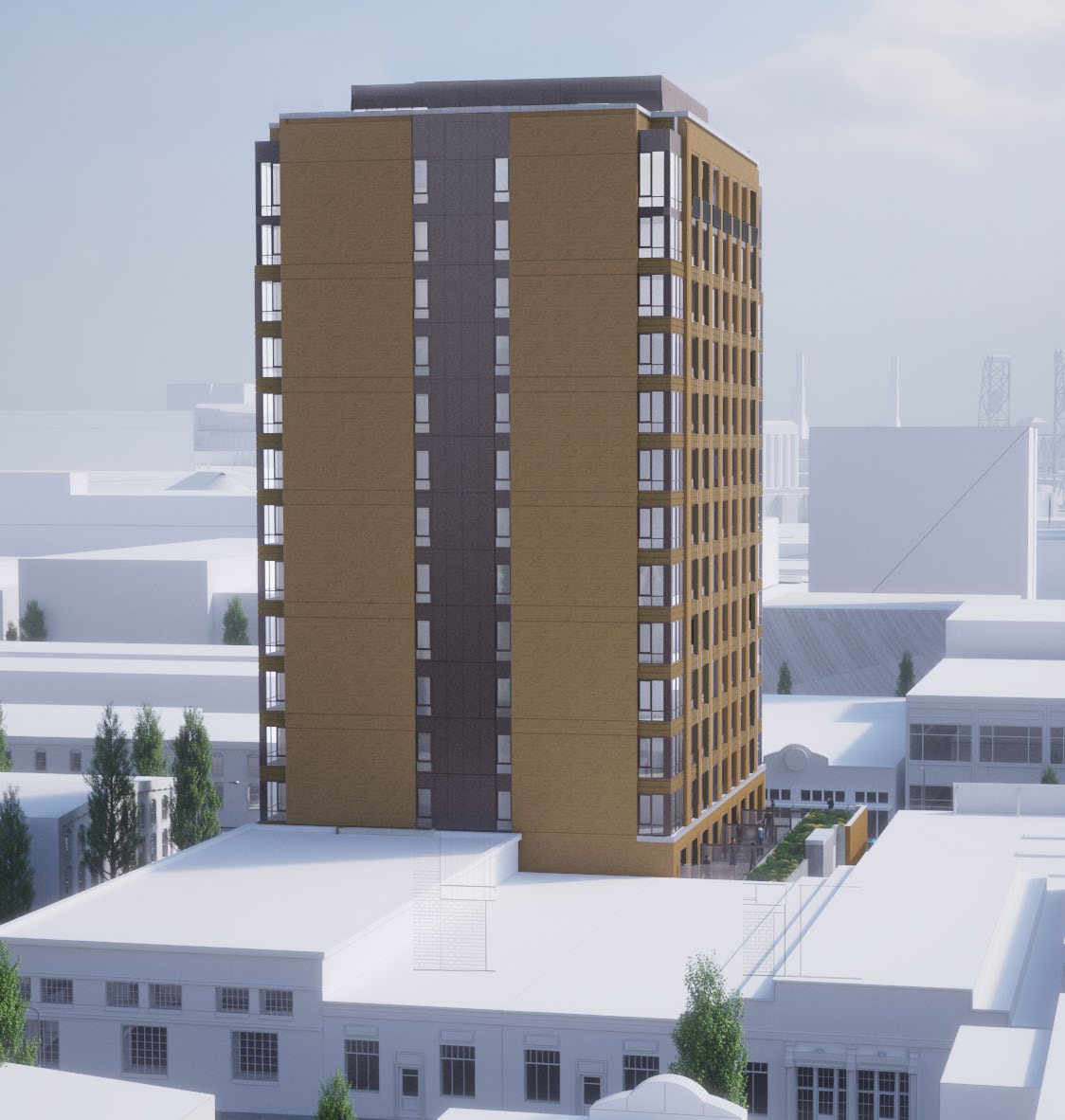 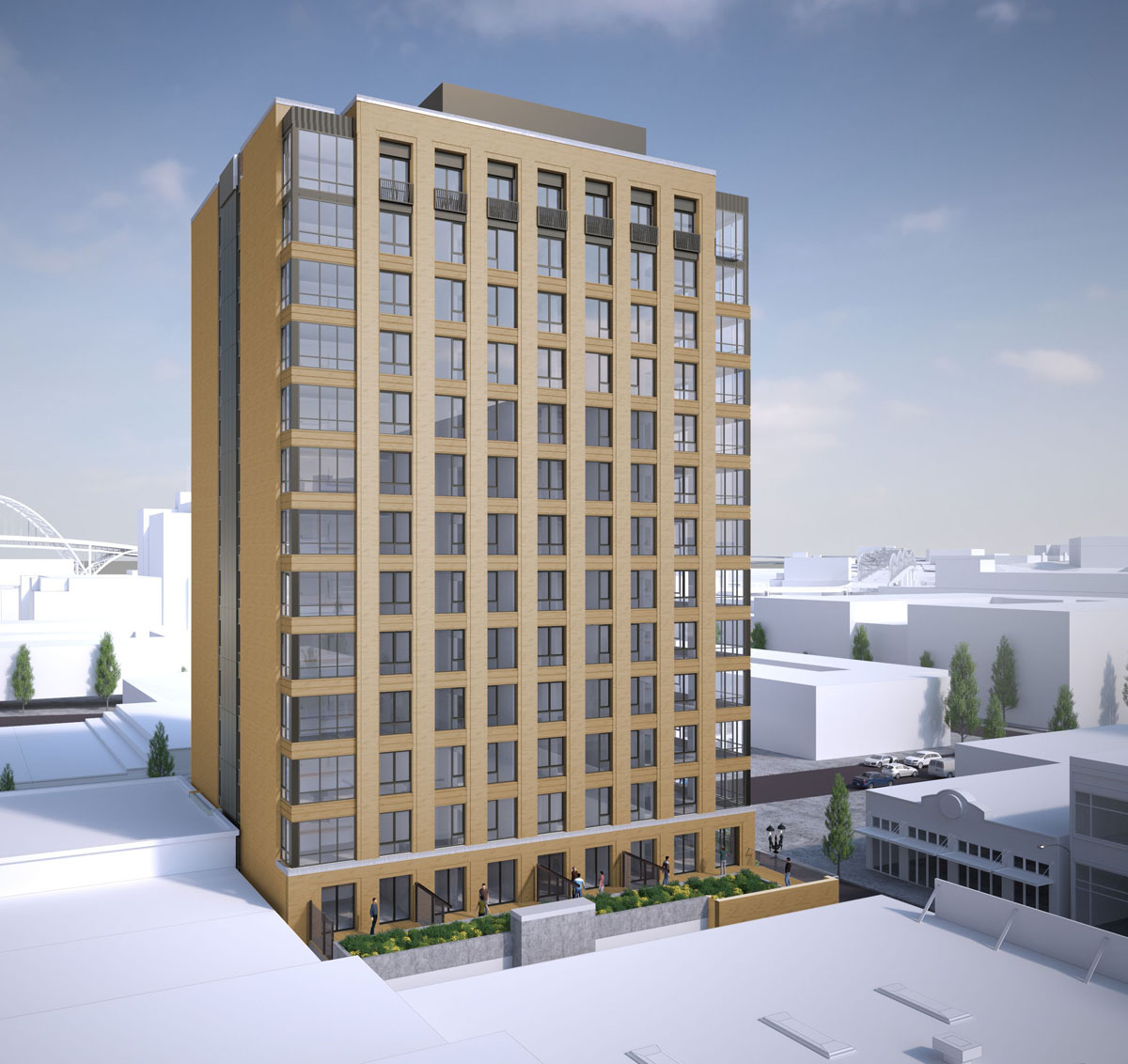 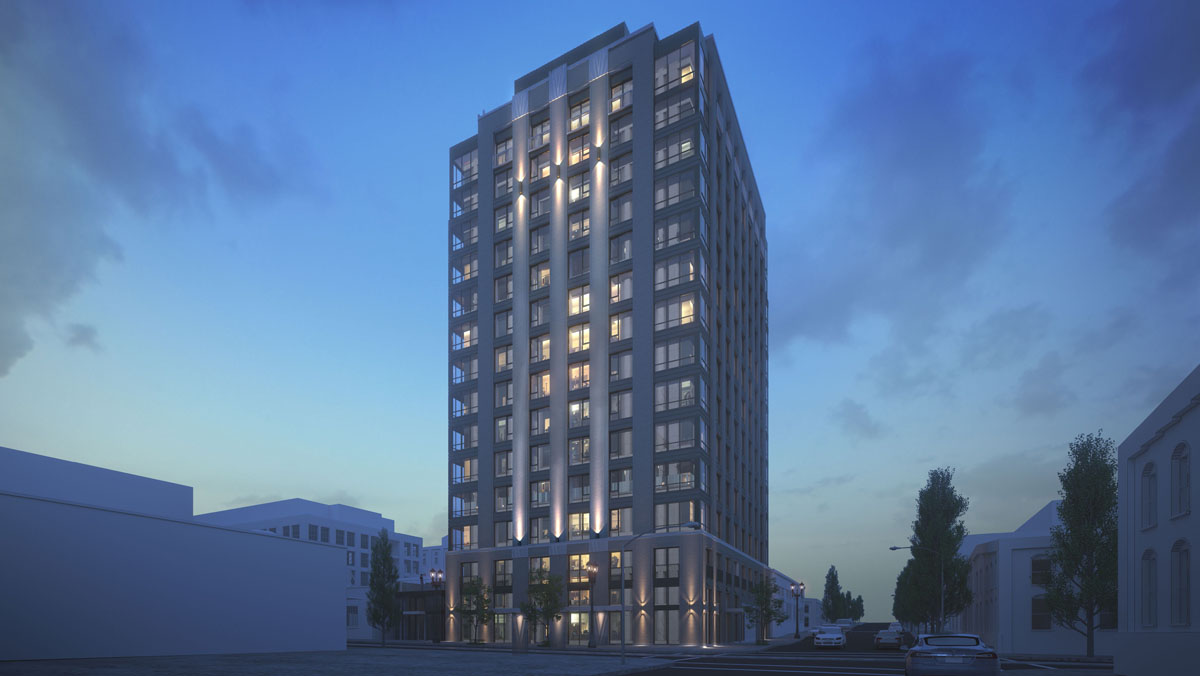 The proposed building is arranged with a two story base that the rest of the tower sits on. At the south side the tower is pulled away from the property line, to allow for a facade with no Building Code imposed limits on the number of windows. A one story retail sidecar fills the gap at ground level between the proposed tower, and the adjacent building occupied by Blick Art Materials. At the west facade the number of windows allowed is restricted due to the proximity to the property line. 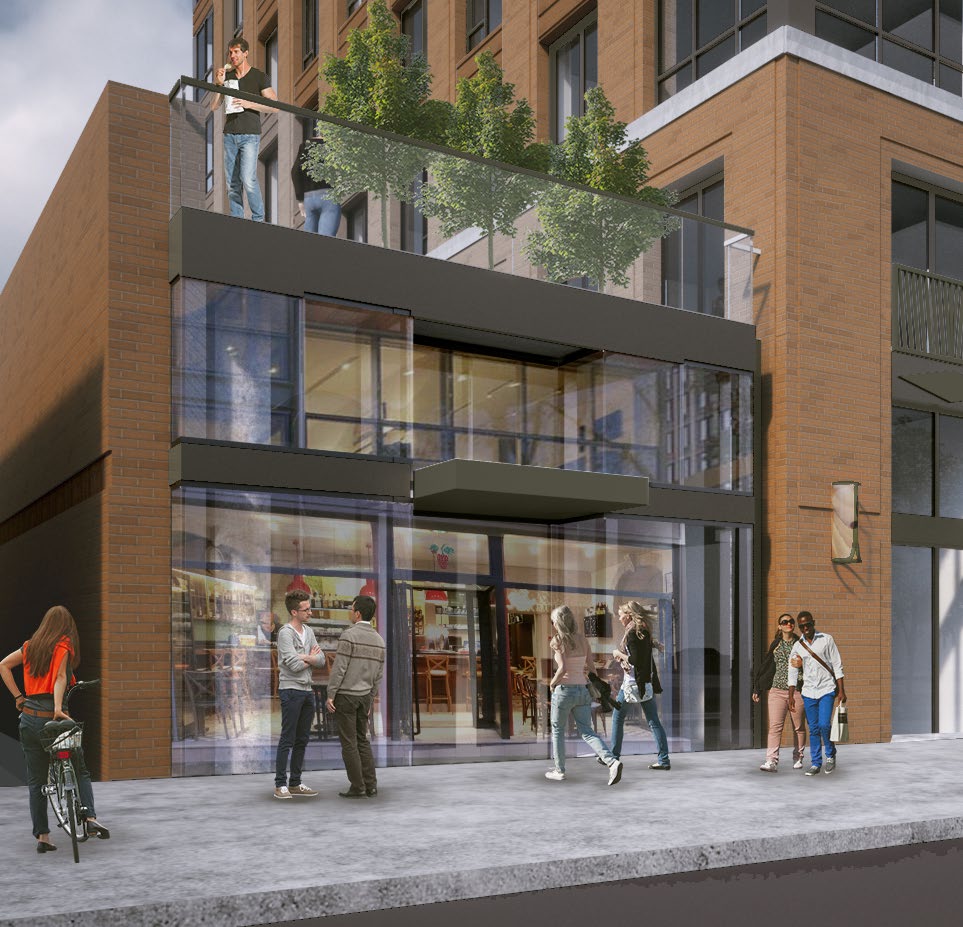 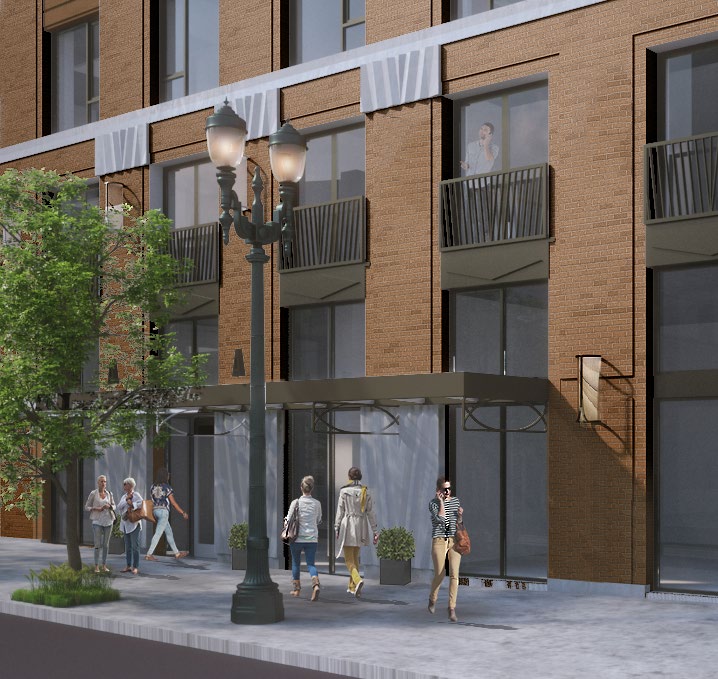 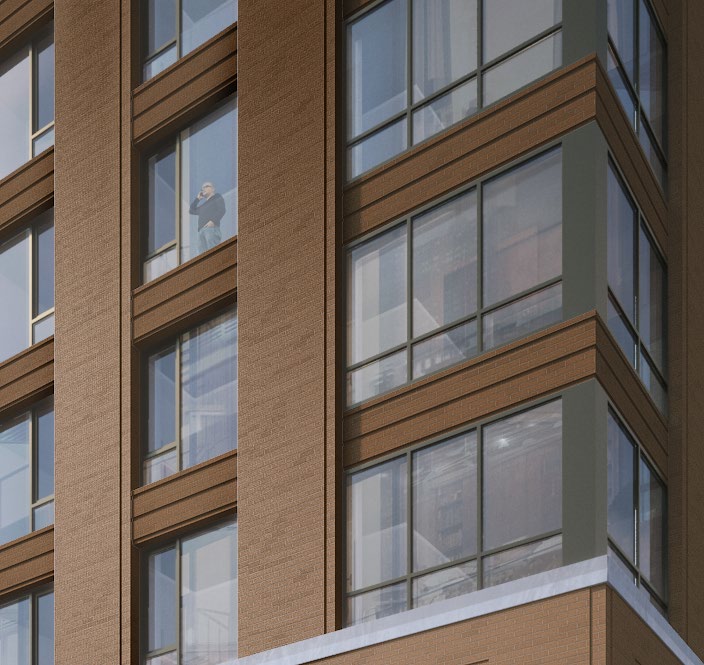 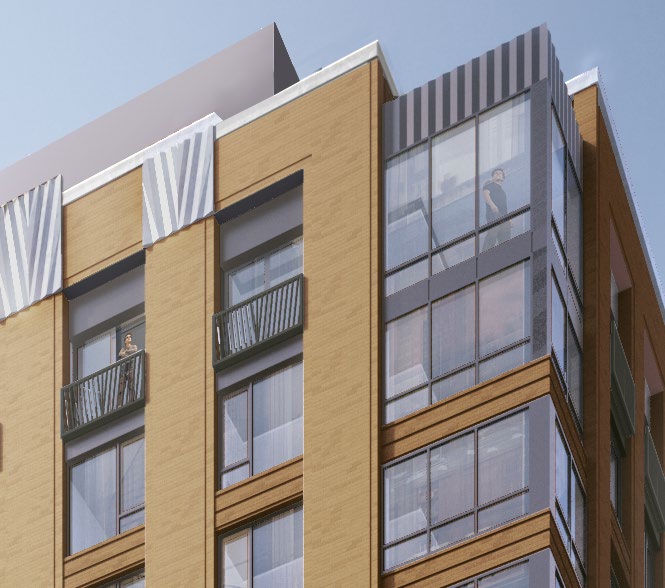 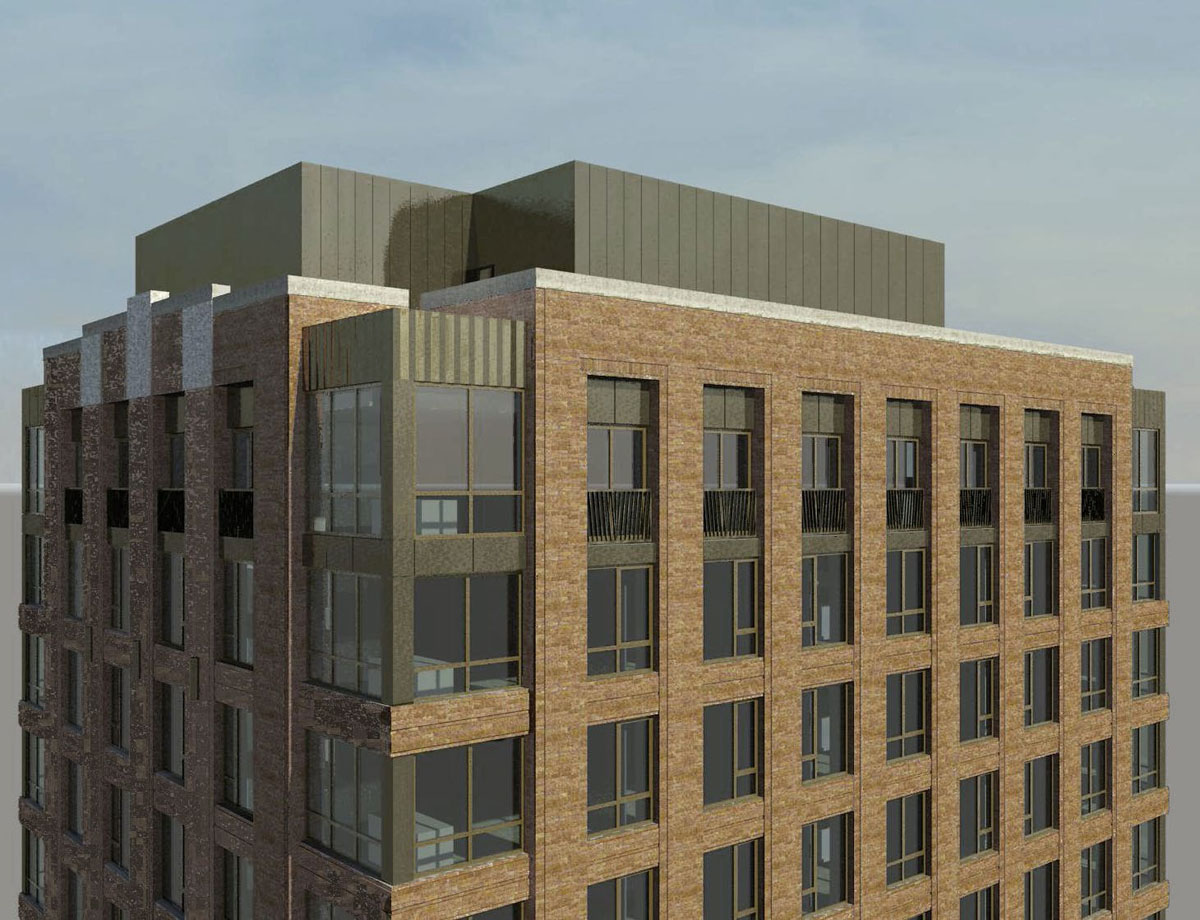 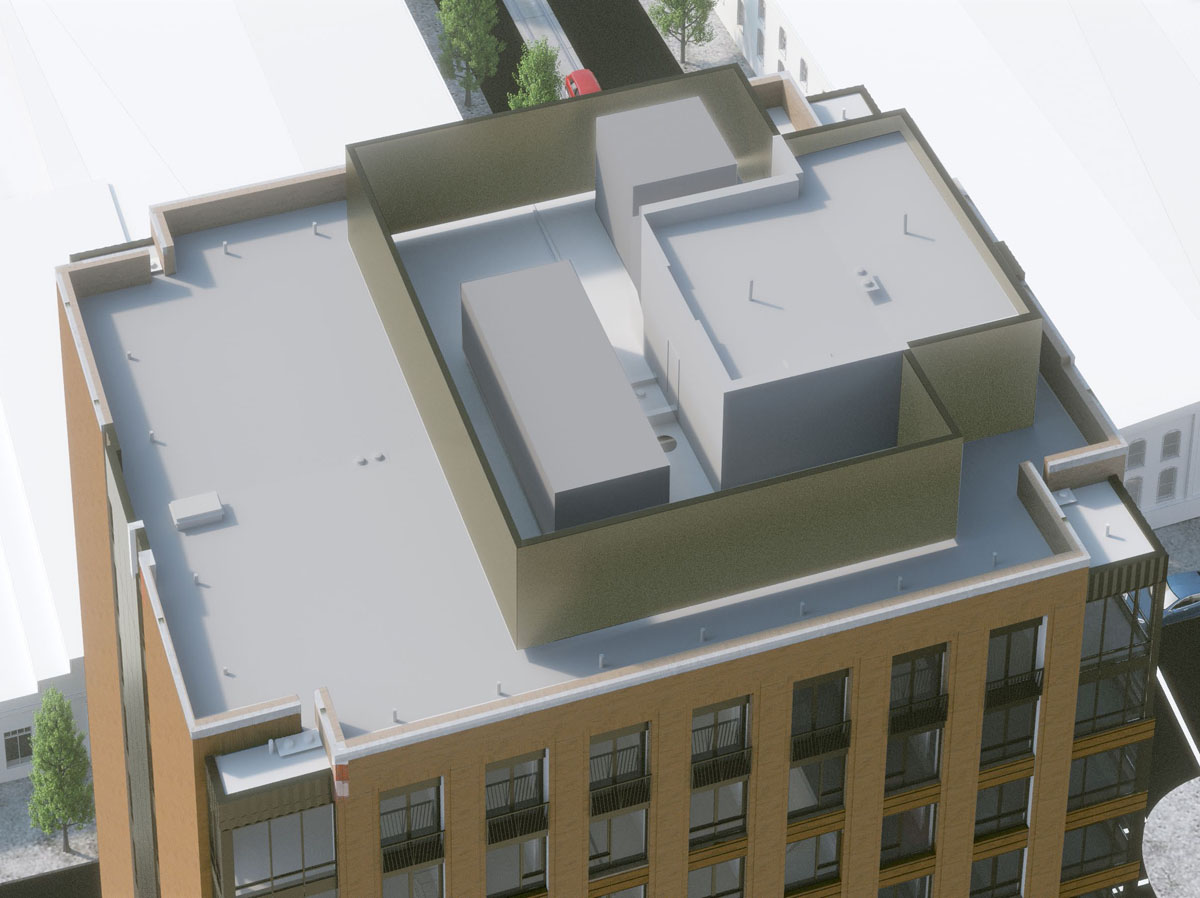 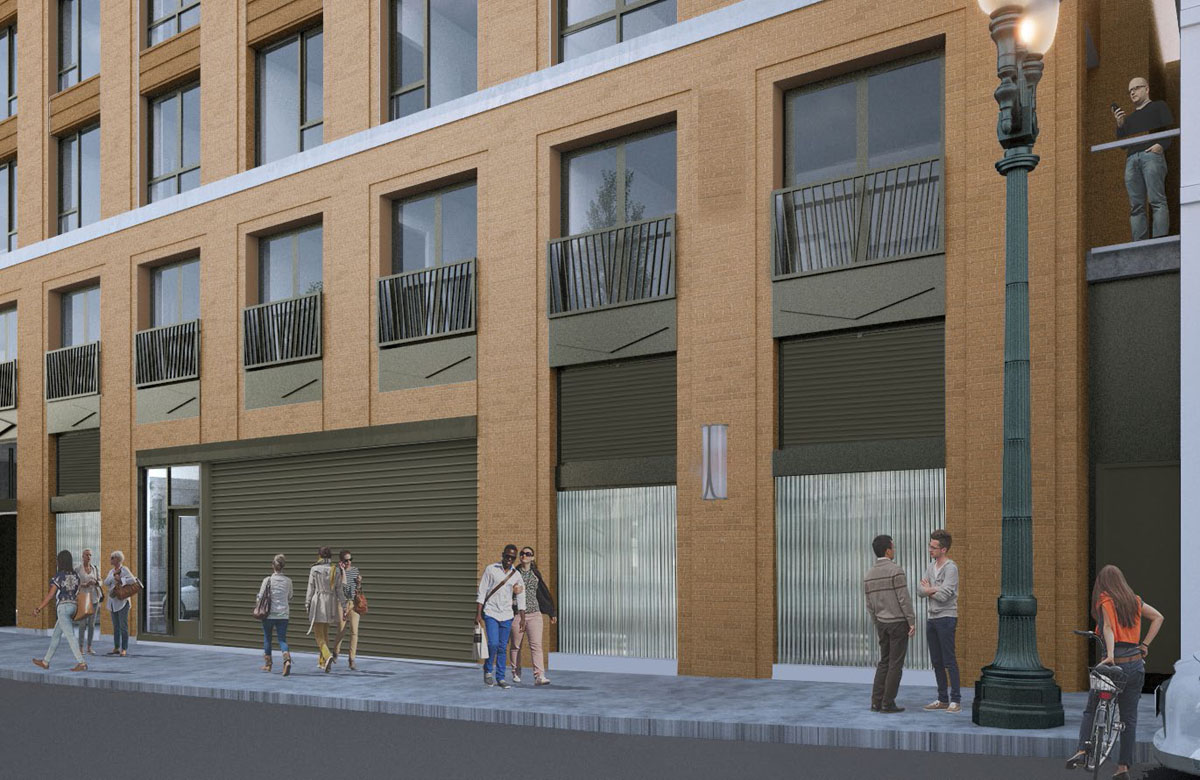 A Staff Report and Recommendation to the Design Commission [PDF], published before the September 10th hearing, did not yet recommend approval for the project. Concerns were raised by Bureau of Development Services staff about whether the facades were sufficiently activated; whether the rooftops were well integrated into the design; about the quality of the ground level experience along NW Hoyt; and whether there was enough public benefit for the Floor Area Ratio transfer. These concerns were broadly shared by the Design Commission. Although noting that the building was “handsome”, one Commissioner noted that more work needed to be done on the west elevation.

Three members of the public spoke during the hearing, two in broad support of the building and one in opposition. The Chair of the Pearl District Neighborhood Association was amongst those speaking in favor, stating the neighborhood strongly supports the use of FAR transfers as a way of protecting the neighborhood’s low rise character buildings.

The applicants are currently scheduled to return in front of the Design Commission on October 22nd. 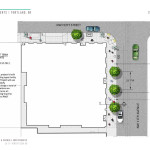 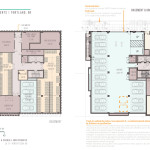 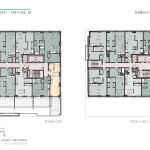 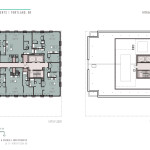 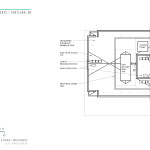 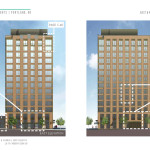 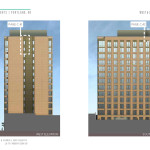 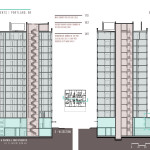