Waterleaf Architecture have gone before the Historic Landmarks Commission with initial designs for the Seven Corners Community Collaborative, a four story office building with ground floor retail. The building will serve as the new headquarters for Community Vision, Inc., a non profit that helps people with disabilities to live independently in their homes. According to an article in The Oregonian earlier this year the building will be a showcase for accessible construction, including ensuring that “rooms and corridors… be oriented and painted so people with impaired sight will be able to navigate more easily.”

Materials proposed for the building include brick and stucco in ivory and ebony colors; black painted metal canopies, trims and railings; and aluminum storefront windows.

A memo [PDF] to the Historic Landmarks Commission, published before the November 16th advisory Design Advice Request hearing, outlined areas for discussion. These included the height and massing of the building, how to activate the corner and enhance the pedestrian network, how to deal with the transition between the commercial zoning and the residential zoning, and the material palette of the building. The Commission generally welcomed the building, though were split on whether the building would be too tall for the neighborhood and if the building should have the set back penthouse volume at the fourth floor. Commissioner Engeman encouraged the applicants to make the building more ‘of its place’ in the Ladds Addition Historic District:

I know that there’s always a push-pull between a building being ‘of its time’, and it being ‘of its place’ and compatible with the historic context. So I just want to say that I don’t think we’re in danger of this building feeling too faux-historic, and I would like to see it move towards a little bit more of a context based [response]. I think that there are still plenty of elements that will make it feel ‘of its time’. But right now it doesn’t feel place based in the Ladds context. And I think that celebrating that corner is one of those pieces that can help move towards that end.

The Seven Corners Community Collaborative will need to go through a Type III Historic Resource Review, with public hearings before the Historic Landmarks Commission. A capital campaign for the building is currently underway. More information can be found at www.sevencornerscollaborative.org. 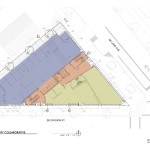 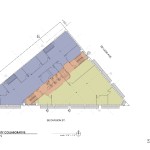 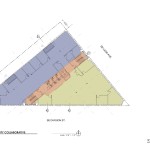 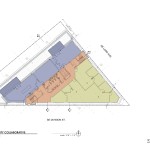 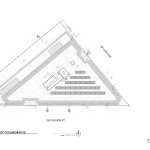 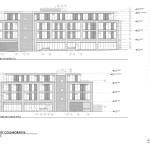 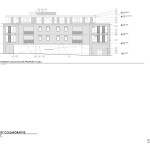 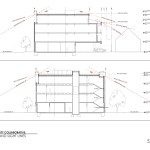