The Design Commission has approved the masterplan for the Pepsi Blocks, a 4.97 acre site on NE Sandy Blvd. The masterplan is being designed by Mithun for Security Properties, both based in Seattle. The plan was approved through a Planned Development Bonus Review, a new provision in the zoning code which is available on large sites with mixed use zoning. In return for providing publicly accessible open space, affordable housing, and energy efficient buildings the developers are allowed to construct buildings of up to 120′ in height.

Five new buildings of up to 120′ are proposed, providing residential units, retail space, offices, live-work space and below grade parking. Depending on the ultimate split between office and residential, and the size of the residential units built, the site could provide between 485 and 1,297 housing units. 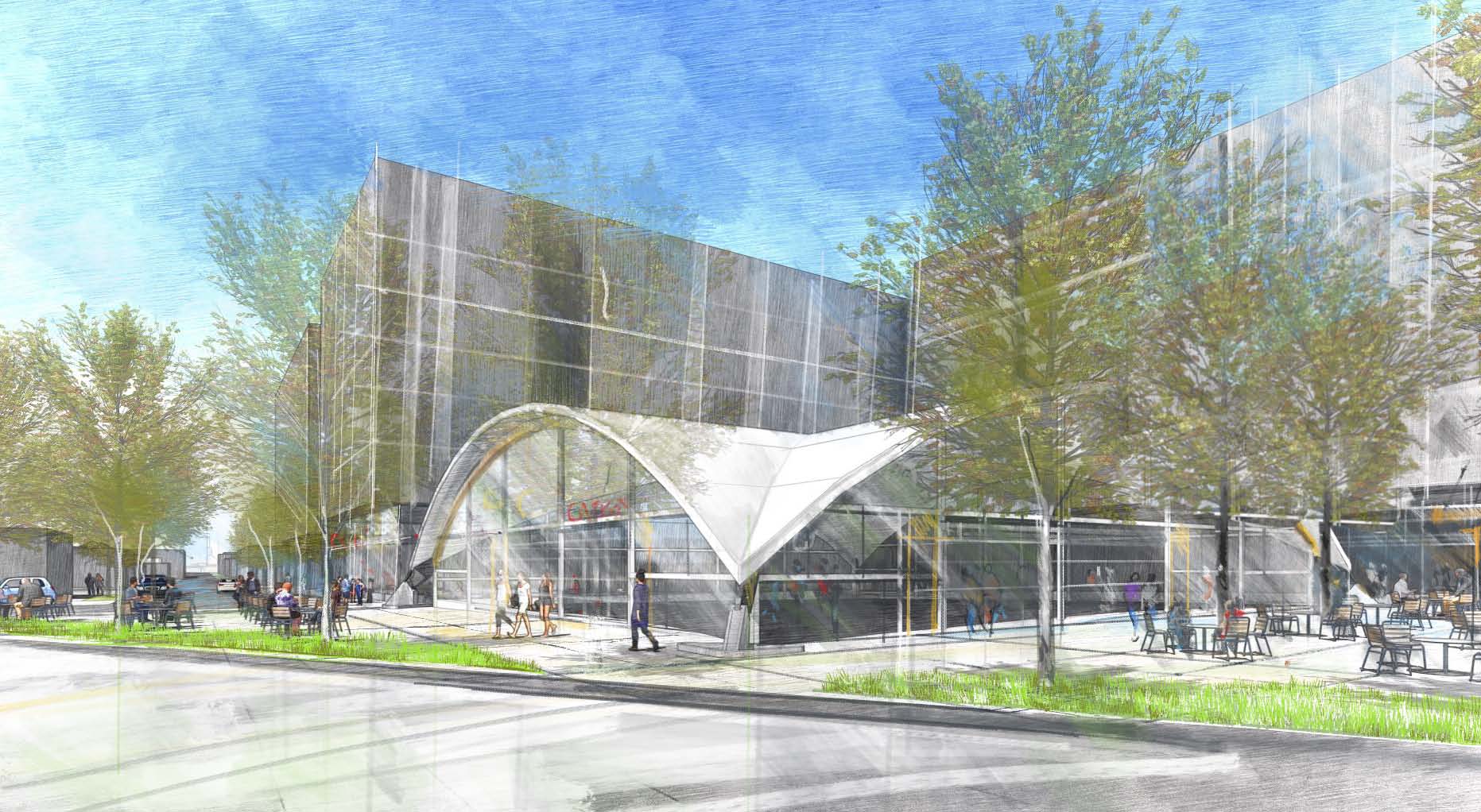 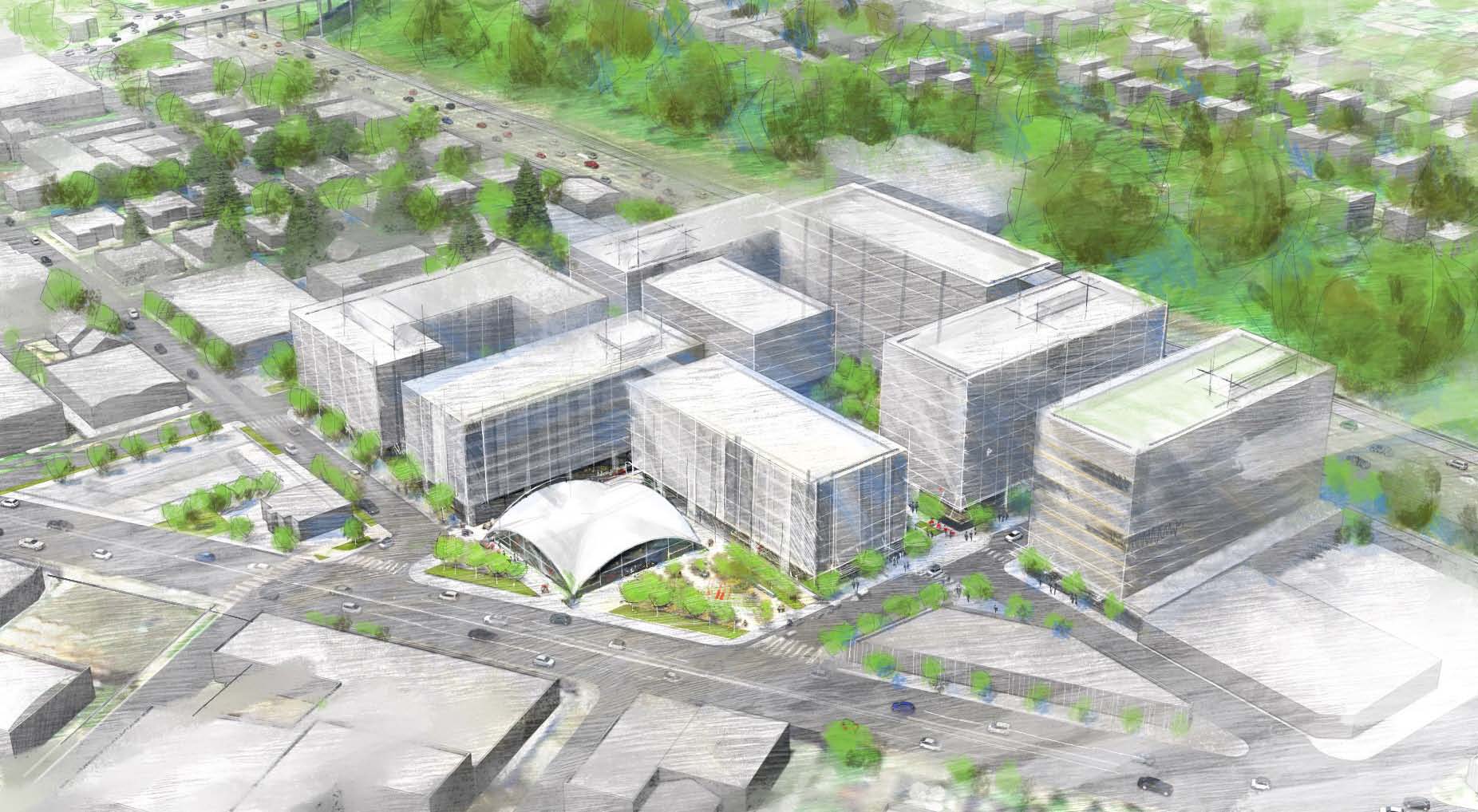 The superblock will be broken down in the east-west direction by the extension of NE Pacific through the site as a 50′ wide woonerf, which will be re-dedicated to the city as a public street. In the north-south directions new pedestrian-only connections through the site will be created. 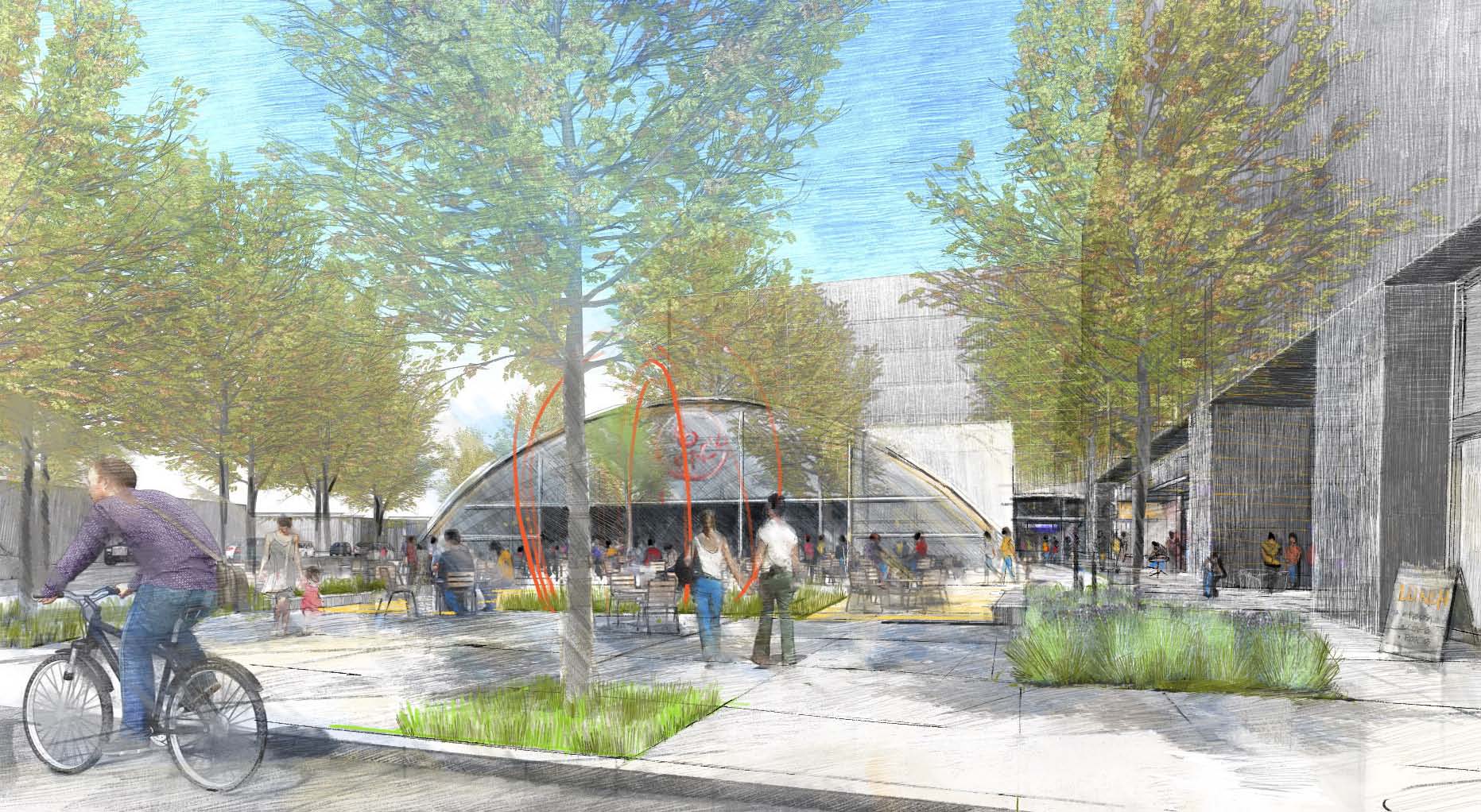 The first phase of development will include Building A, at the southeast corner of the site. The masterplan allows this building to be up to 87′ in height, which is within the limits of light wood frame construction.

Building A will wrap around the retained 1962 pavilion building, with new pedestrians connections created between the pavilion and the new construction. A pass-through at level 1 of Building A would create a pedestrian connection from NE Sandy Blvd to NE Pacific St, with ground floor retail facing NE Oregon St and NE 27th Ave.

The main body of the pavilion will be converted to retail uses, with its sidecar element removed to create a new public plaza. The intersection of NE Oregon St and NE Sandy will be realigned so that the two meet at a 90 degree angle, shortening crossing distances for pedestrians. 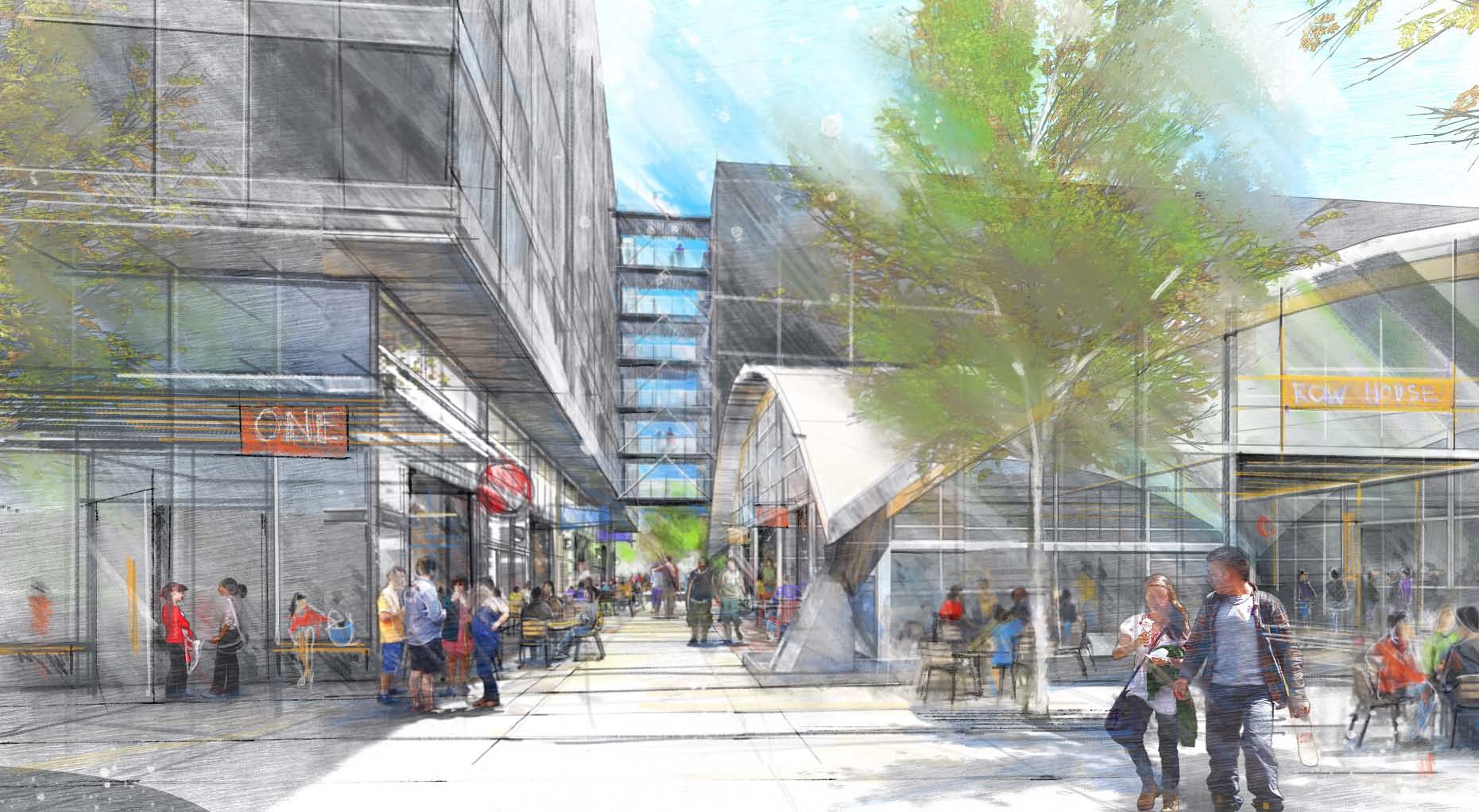 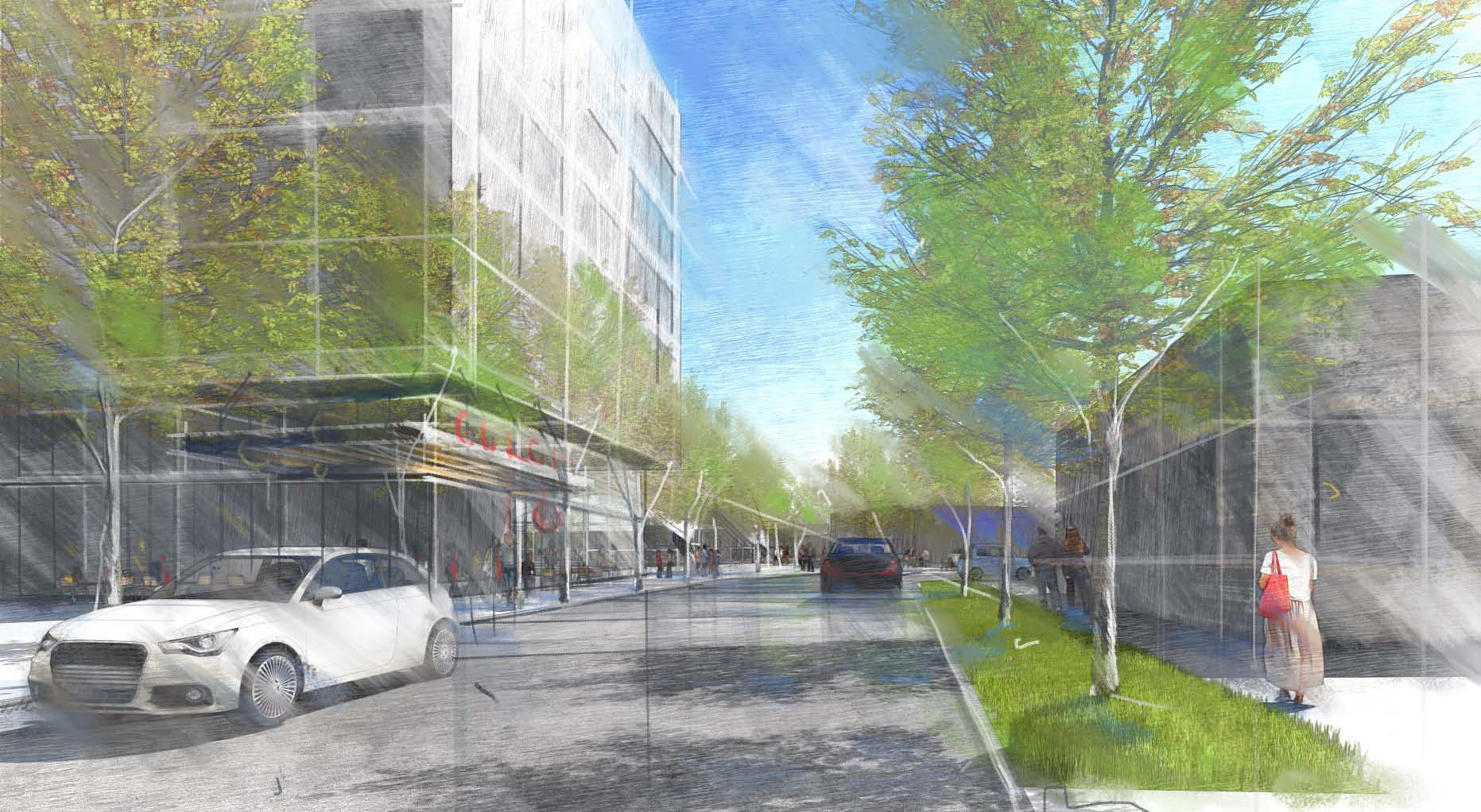 At the center of the site will be the new NE Pacific St woonerf, which will provide one-way southbound vehicular access, but is intended to be more pedestrian oriented than typical Portland streets. The south half of the street will be built in conjunction with buildings A and B, and the north half built alongside buildings C and D.

The L-shaped Building C will be located at the northwest corner of the site, and is also subject to an 87′ height limit. Building C will include a mix of active uses and residential units at the ground floor.

Buildings D and E will be located at the northeast corner of the site, and will be allowed to go up to a height of 120′. The major park on the site, 13,673 sq ft in area, would be built with Building D. The L-shaped building which will wrap around the park, with ground floor residential units lining the north side of the park and other active uses lining the east side. The park will remain in private ownership, but is required to be publicly accessible.

The bar-shaped Building E will be final building to be developed. It will include retail space facing NE Pacific St, behind the Zipper food court. 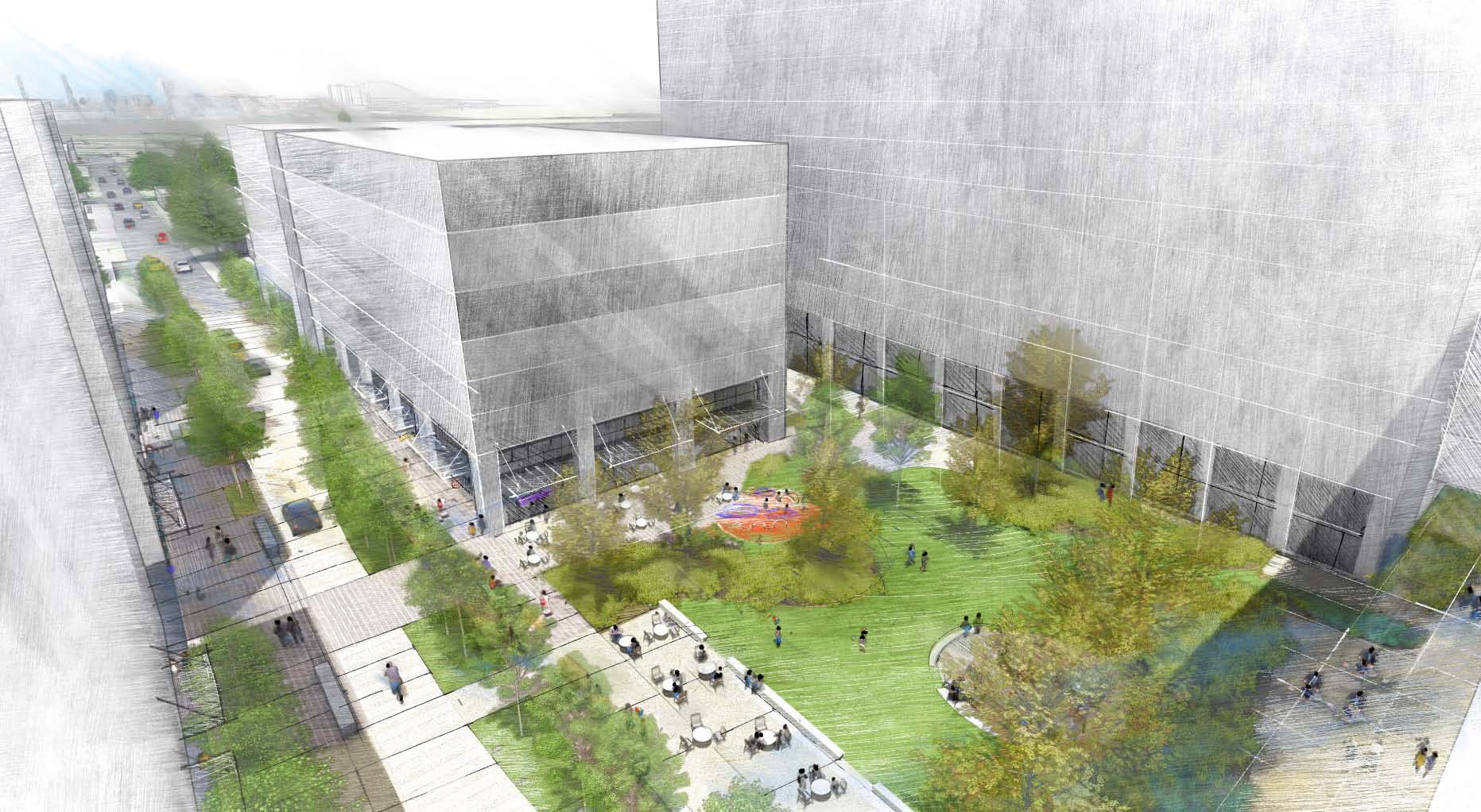 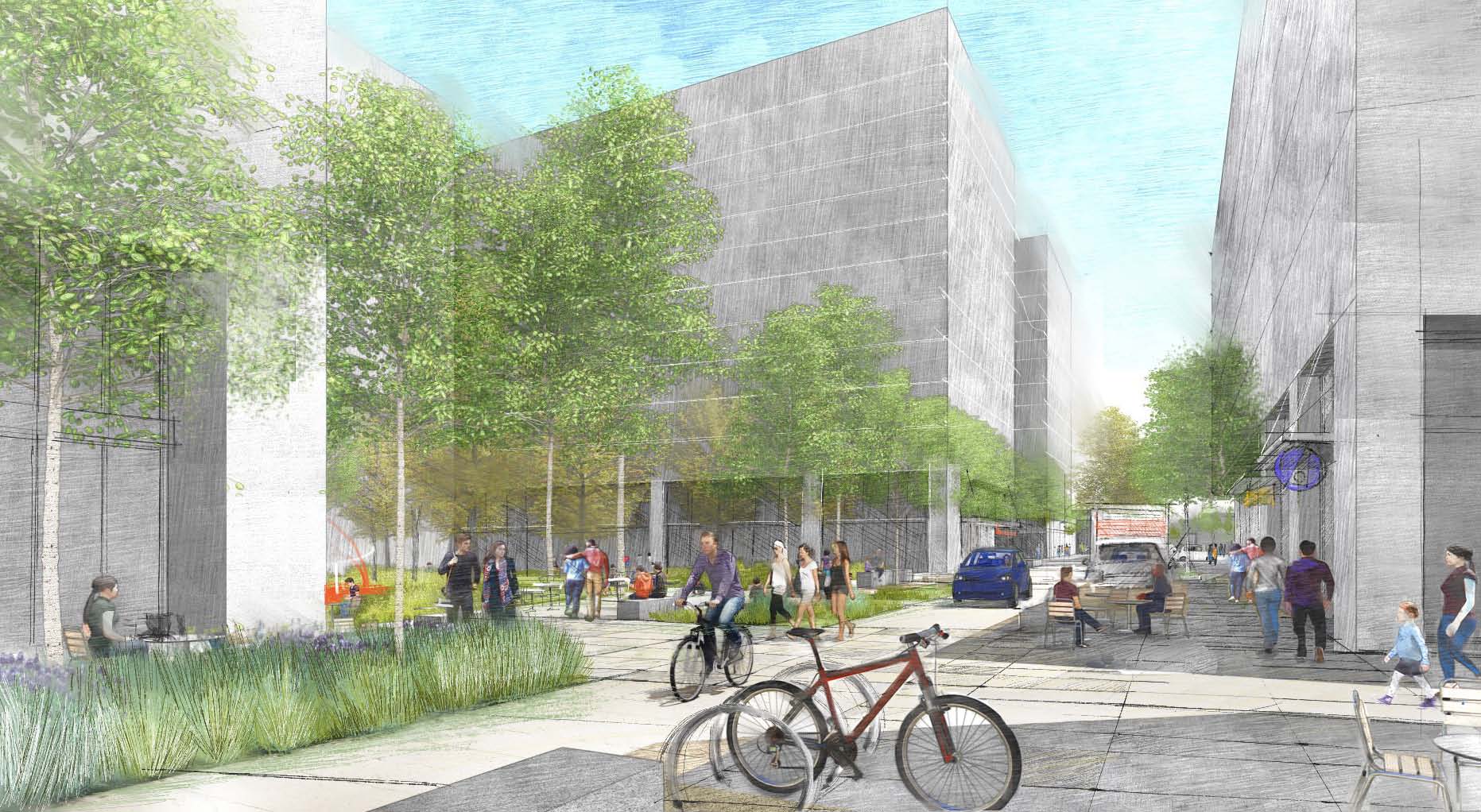 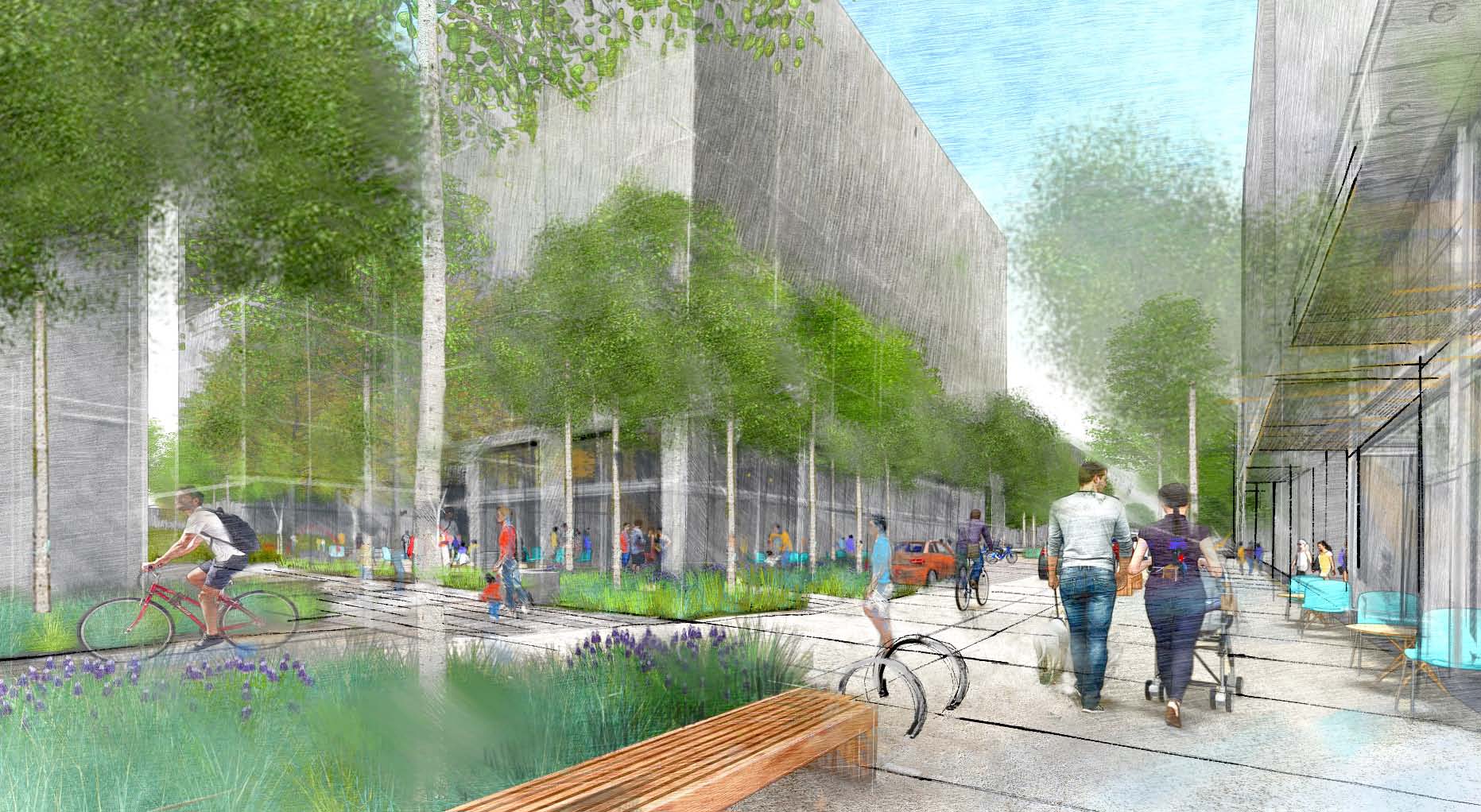 The Pepsi Blocks were approved by a unanimous vote of the Design Commission, at the project’s first land use hearing, held on December 6, 2018. The development had previously gone in front of the Commission for Design Advice in July and September 2018.

The individual buildings at the Pepsi Blocks and associated public space will be subject to separate design review approvals, once the designs have been developed.

Full disclosure: the author of Next Portland submitted testimony in advance of the first Design Advice Hearing, on behalf of Docomomo Oregon. 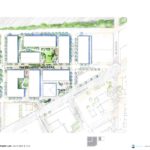 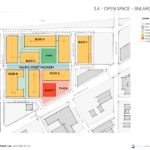 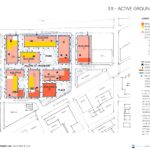 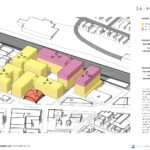 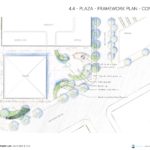 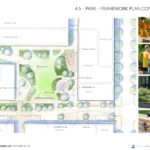 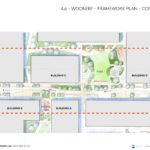 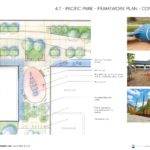 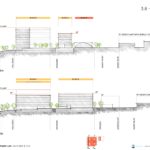 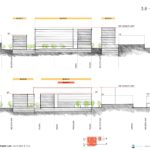 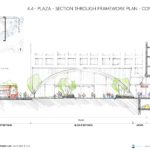 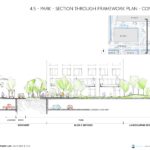 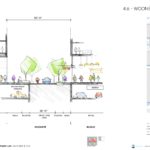 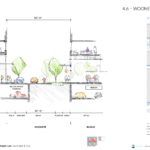 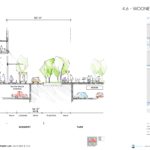 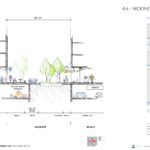 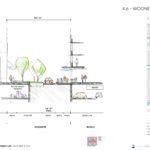 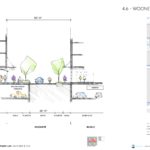 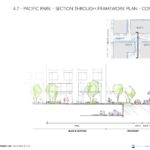