Construction is underway for an apartment building at NE 39th and Tillamook in the Hollywood District. The 5 story building, designed by Myhre Group, will have 75 apartments. A rooftop patio for tenants will be provided. The developer is UDG. A building permit for the project was issued in April 2014, and it is scheduled for completion in 2015. 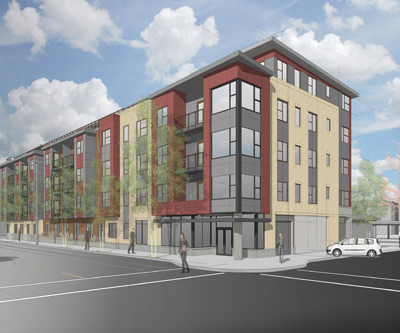