The Historic Landmarks Commission has approved designs for the Marcus Apartments, an infill project in Irvington. The 3 story project by bkl/a architecture will replace a parking lot situated in front of an existing apartment, and create a new courtyard in between the new and existing buildings. The new building will include 12 residential units, some of which will have entrances directly to the street. 26 bicycle parking spaces, serving both buildings, will be located in the existing building. No parking is proposed. 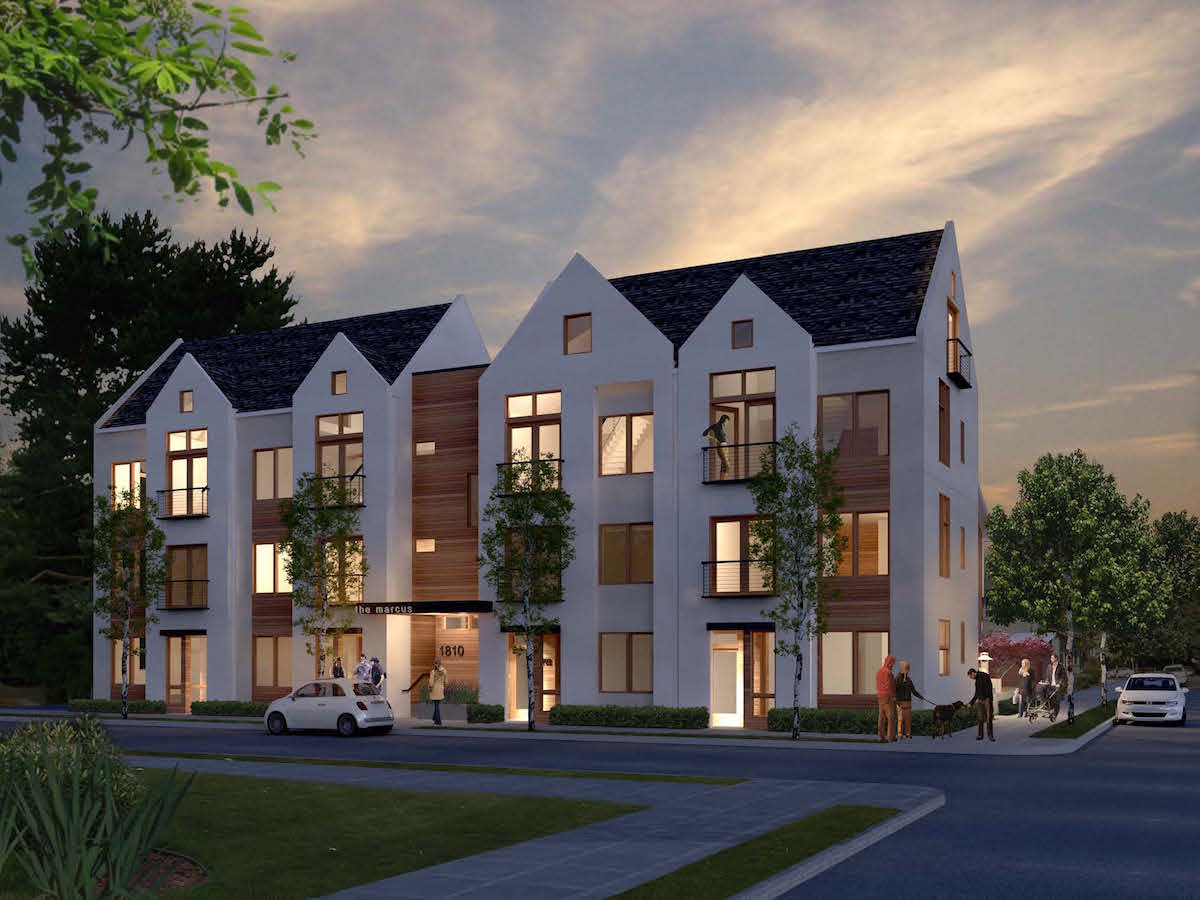 The existing apartment building, which will remain, was built in 1966. The 10 unit apartment is a non-contributing structure in the Irvington Historic District, which was added to the National Register of Historic Places in 2010. 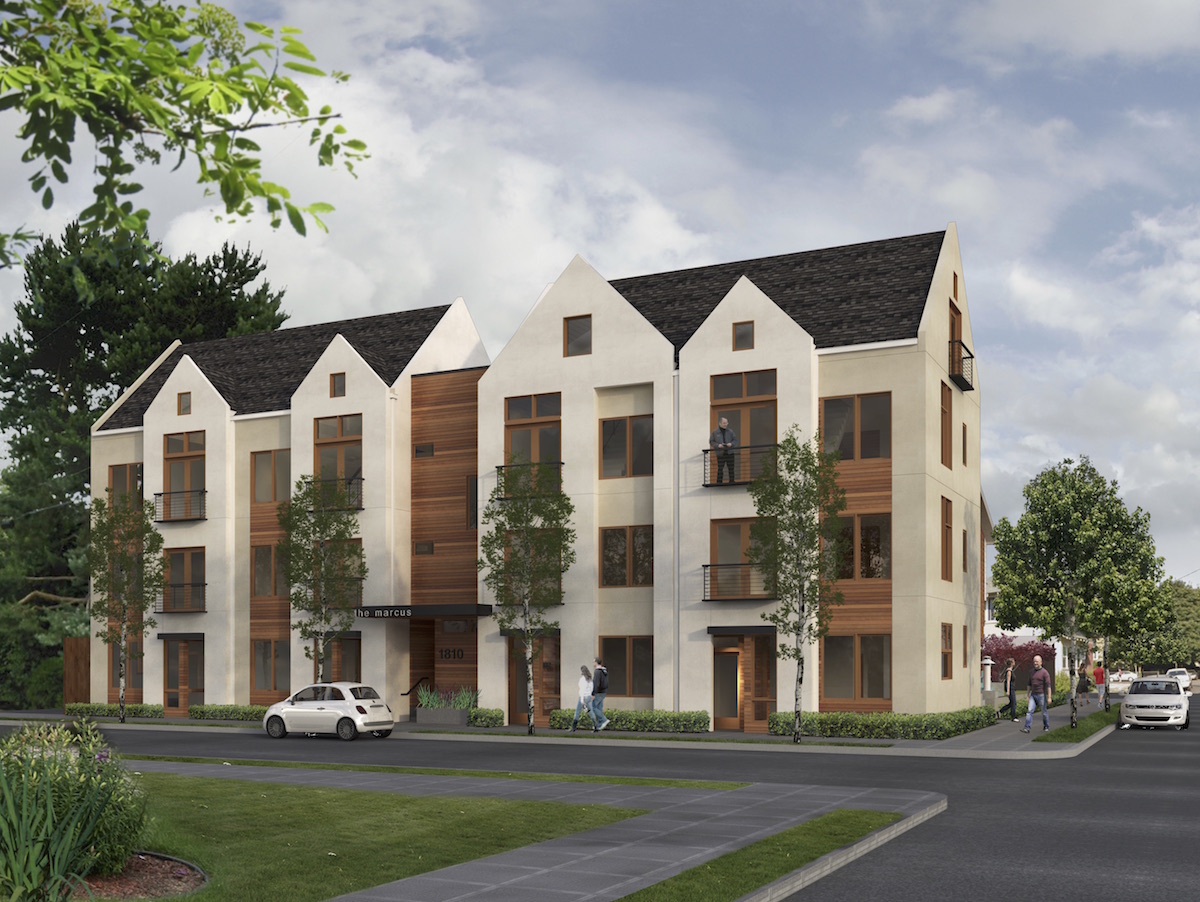 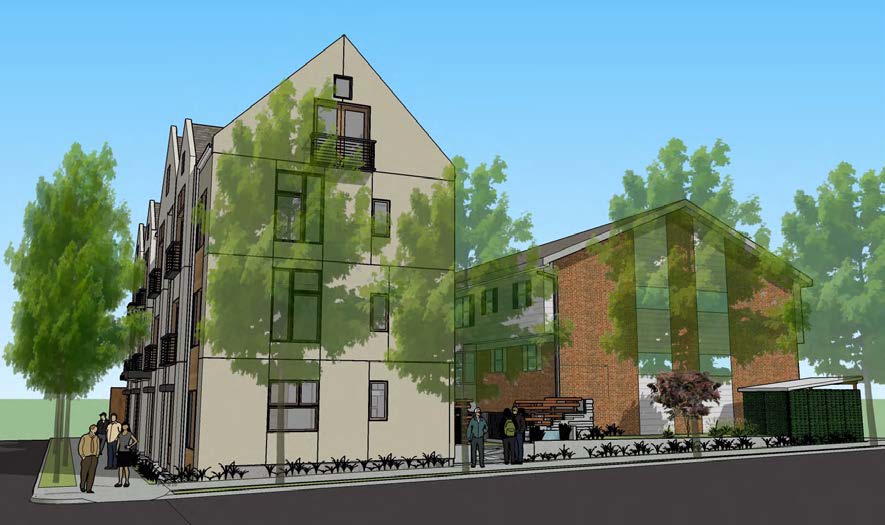 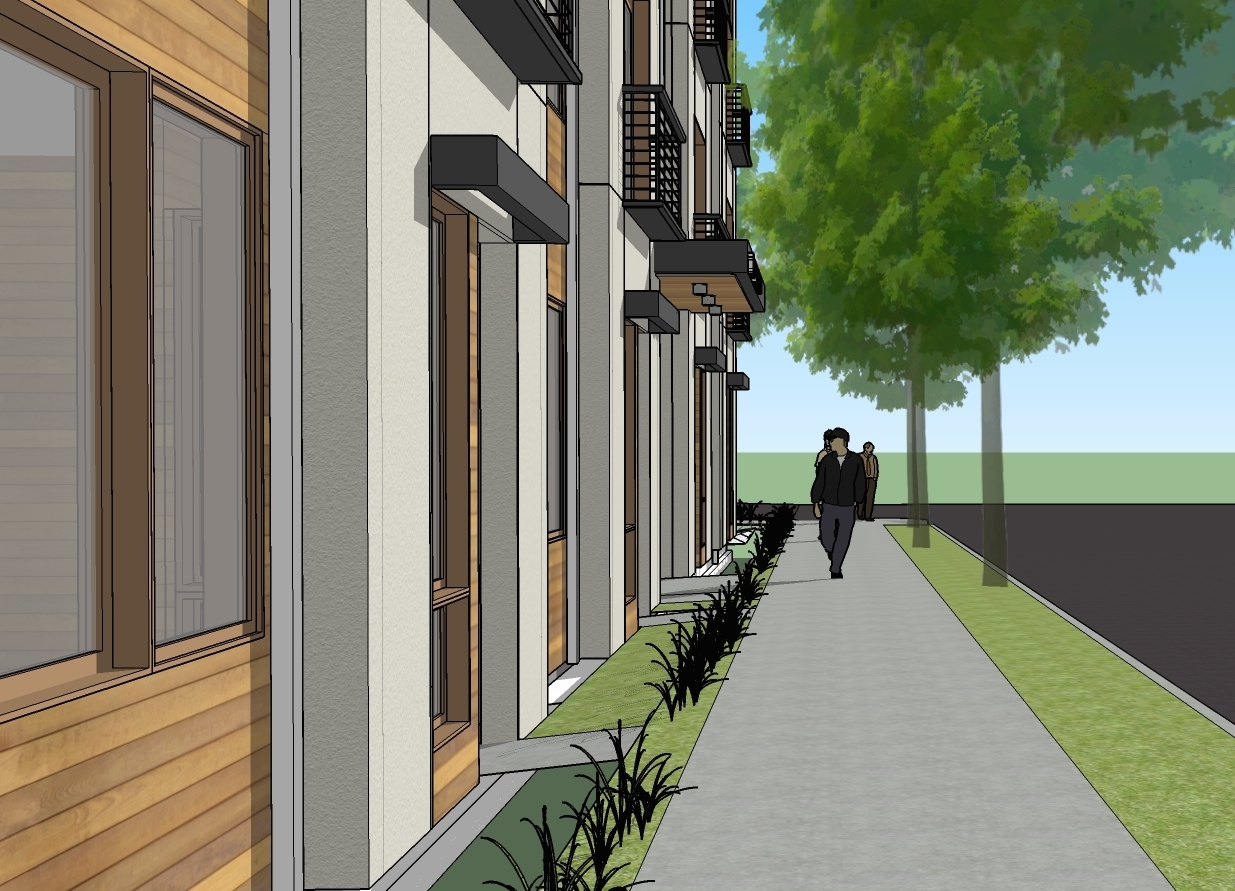 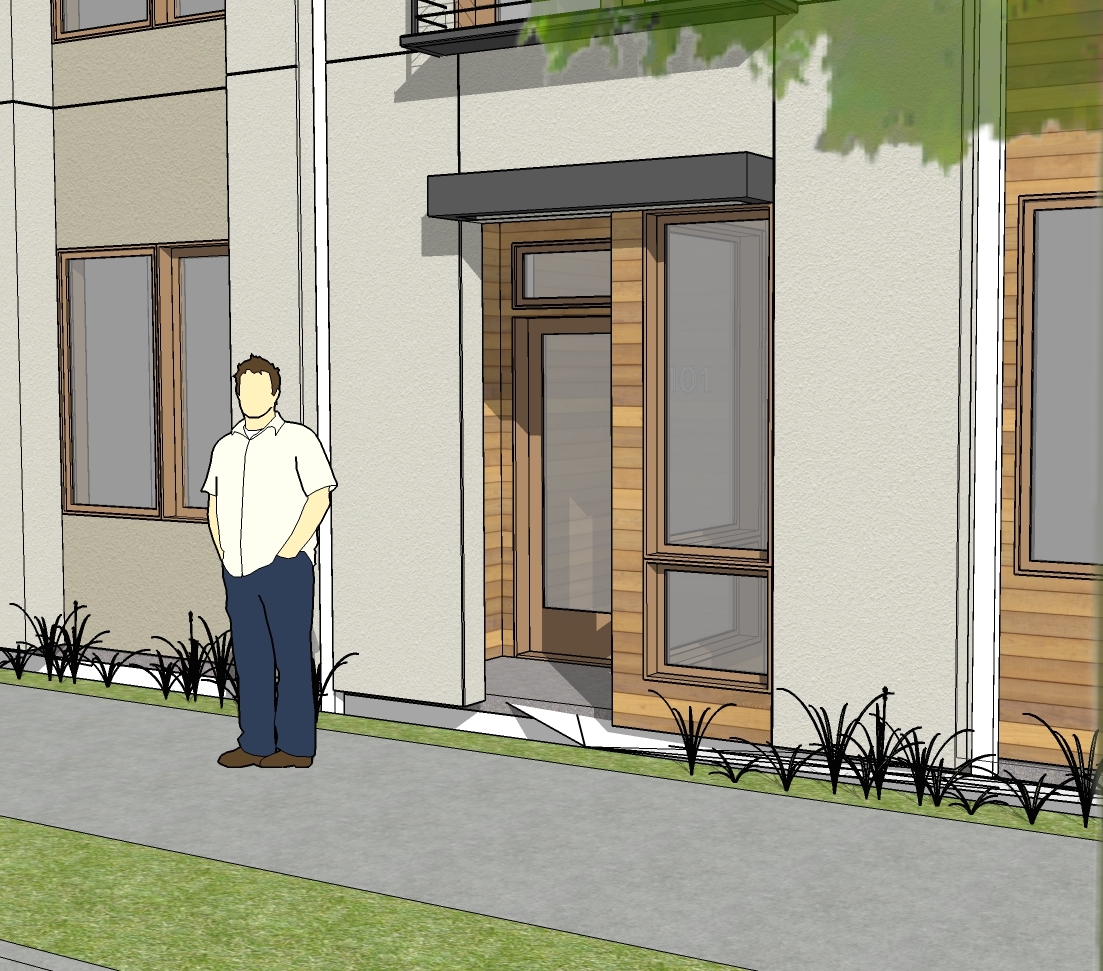 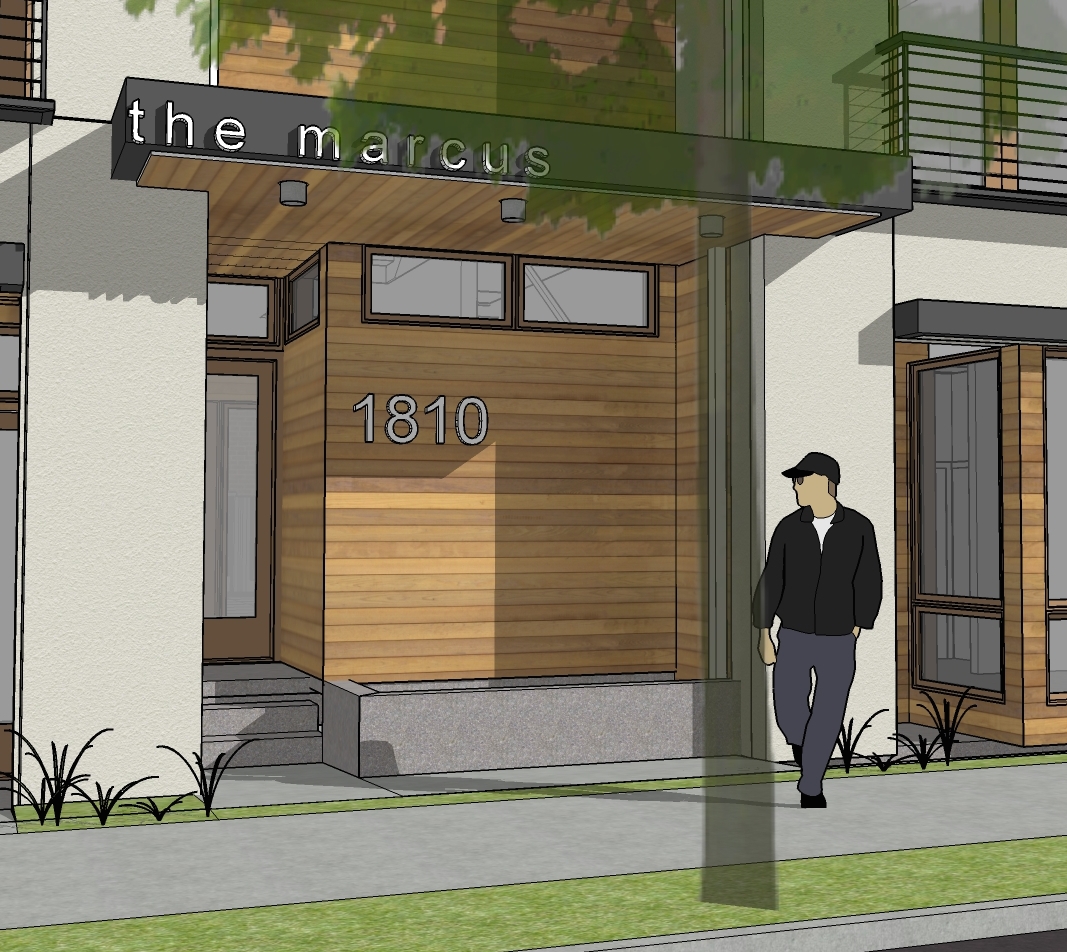 The project first went before the Historic Landmarks Commission on May 4th. A second hearing was held on June 29th. At both the first and second hearing the Commission expressed concerns about the project’s compatibility with the district, including: the vertical nature of the design, with continuous uninterrupted planes; the use of natural wood; and the building typology as a whole. The project returned on November 9th with revised designs, however the revisions made were found to be sufficiently minor that a Staff Report [PDF] to the Landmarks Commission recommended denial. During the 78 minute hearing Commissioner Engeman explained why she couldn’t support the building:

My primary concern—and I realize that I kind of threw a monkey wrench into things, not being here for the first hearing— was that this introduces a development pattern that we don’t see in the district: basically one building that’s built in front of the other. While I agree that this seventies building is not very compatible, I think if we’re building a building in front of another building there needs to be a relationship if we’re creating a courtyard. And there needs to be more of a relationship than there is with the current design. I think in the last hearing I hope I was clear that if we’re just looking at this as a standalone building, I was very supportive of the design. I actually didn’t have the problem that some people had with the verticality, with the townhouses, with the setbacks, openings. I felt that there should be a little bit of a dialing down of the ‘making it of its time’; I felt that it had plenty of design details that made it of its time, and it needed a little bit more to make it ‘of its place’….. If we were just looking at this as a vacant piece of land, I would say “go back to the previous design [ed: which is the one that was ultimately approved] with a few tweaks” and I would be ok with it. But based on the fact that we are trying to create some kind of relationship with an existing resource—which I can appreciate the fact that the owner does not want to tear that down, and we want to divert the materials from the landfill, and all of that—I think the design needs to have more of a response to the existing resource. And it doesn’t necessarily have to emulate the 1970s, but the proportion and character of this building just isn’t creating a relationship that makes that look like an intentional development, and not two buildings that are, you know, one facing the rear end of the other.

Making the opposite case was Commissioner Emerick:

In my mind this is actually an unlikely precedent, because in my experience with development almost no developer would have saved the existing building. They would have just knocked it down—there’s not that much value to it—and went for the maximum FAR and buildable area on the site. The fact that they’re saving the existing building in some ways makes the project possibly more compatible with the district, because the scale is smaller. The fact that they’re dealing with, in my opinion, with a little bit of a toad with the existing building.. it’s kind of like if you’re going down that route… architecturally, I get what you’re saying Jessica, but another avenue could be “let’s just make this building nice on the corner and we’re going to relate them in terms of how they operate with the connectivity and the courtyard space, in terms of how it becomes a room with two walls, but not go too far in terms of emulating the look or the feel of the other building, because we feel like it’s maybe not appropriate to the district in the first place”. So that’s kind of where I get on board with OK, that’s an achievable path in my mind. I kind of appreciate that they’re not tearing the other one down, although it might be easier to unify the plan and make it more holistic if they did.

With a Staff Report recommending denial, the only option for approval was to approve a previous Staff Report and associated drawings (the images shown in this post). A motion was made to adopt the June 29th Staff Report [PDF], with a condition that the clear cedar siding be replaced with a painted wood lap siding. The motion passed 3-1, with Commissioners Dao, Solimano and Emerick voting in favor and Commissioner Engeman voting against.

Building permits are currently under review for the Marcus apartments. 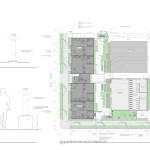 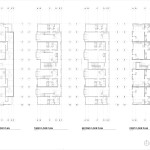 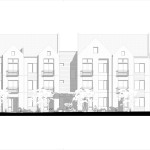 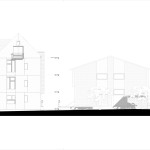 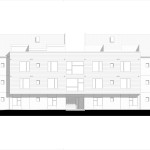 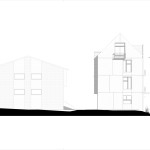 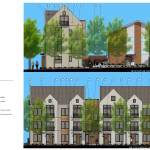 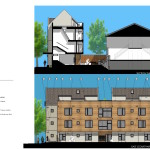