One North, a collection of 3 office buildings around a shared courtyard, is currently under construction on N Fremont between N Williams and N Vancouver. The project is a collaboration between different architects, developers and contractors. Located one block north of New Seasons, the buildings will reuse waste heat from the store. 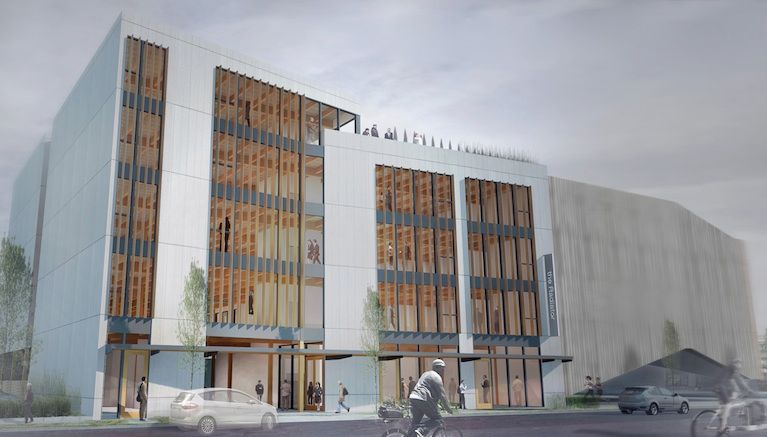 The first building to break ground at One North was The Radiator, a 36,000 square foot, 5-story office building with ground floor retail. The building is being developed by Kaiser Group, and designed by sister company PATH Architecture. Kaiser Group are also acting as the general contractor.

The Radiator is arranged in an L-shaped plan around the shared courtyard. A roof deck is provided at the fifth floor. Framed out of Douglas Fir beams and columns, the building will reportedly be the first timber framed office building constructed in Portland in a century. The primary exterior materials are vertically oriented metal panel cladding, with flat metal panels at the spandrels. Solar shading at the windows will be provided by vertical louvers.

As reported in the Portland Business Journal, the Kartini Clinic, which treats eating disorders in young adults, has leased the fourth and fifth floors of the The Radiator. The Whole Bowl will occupy one of the ground floor retail spaces. Completion of the Radiator is scheduled for Spring of 2015. 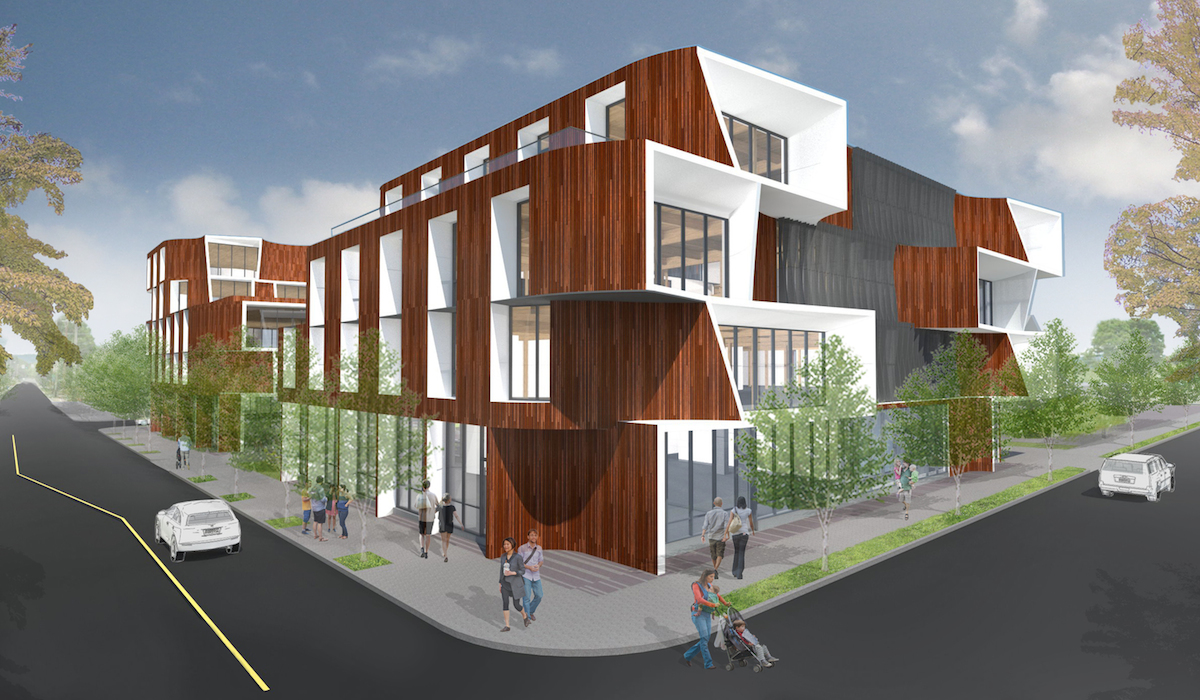 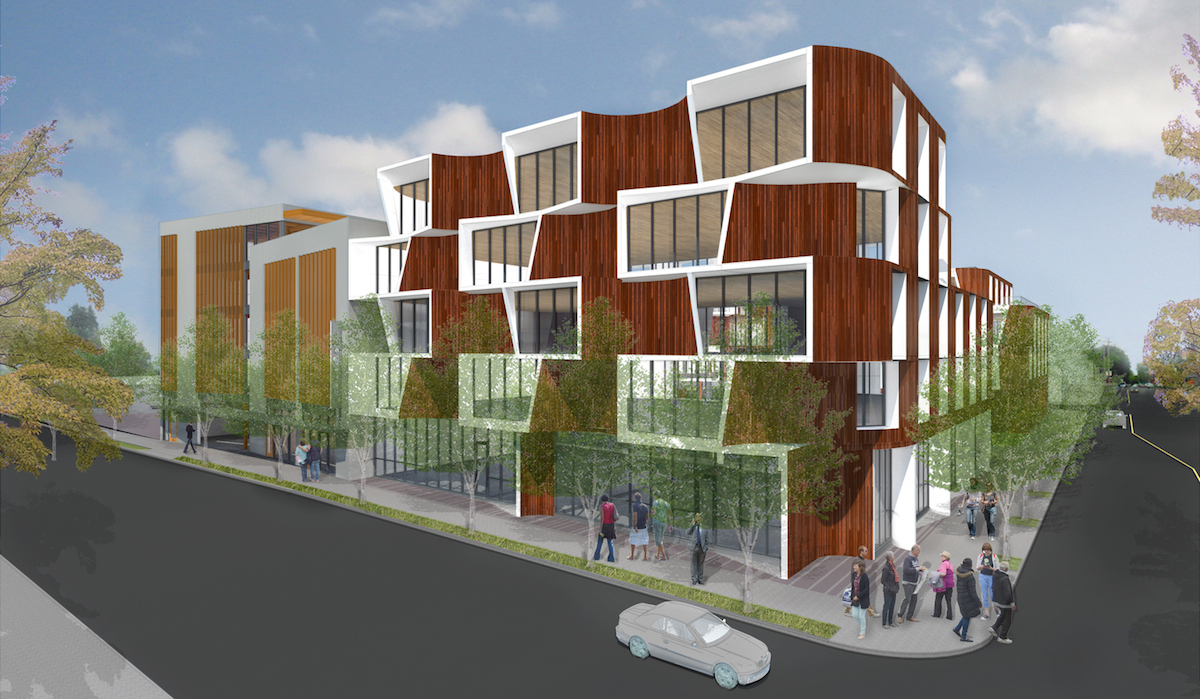 The East and West Buildings are being designed by Holst Architecture for Karuna Properties II, LLC, Nels Gabbert, LLC and Owen Gabbert, LLC. Both buildings have ground floor retail, with office space above. The two buildings share a common architectural language, with curving organic forms clad in cedar, and projecting window apertures. Exterior decks are provided on the upper levels of both buildings.

The 4-story, 43,418 sq ft East Building broke ground in June 2014. Its office space is already fully leased to tech firm Instrument. Completion is scheduled for Summer 2015. The West Building will be 5 stories tall, and contain 35,671 sq ft of area. Construction began in November 2014. 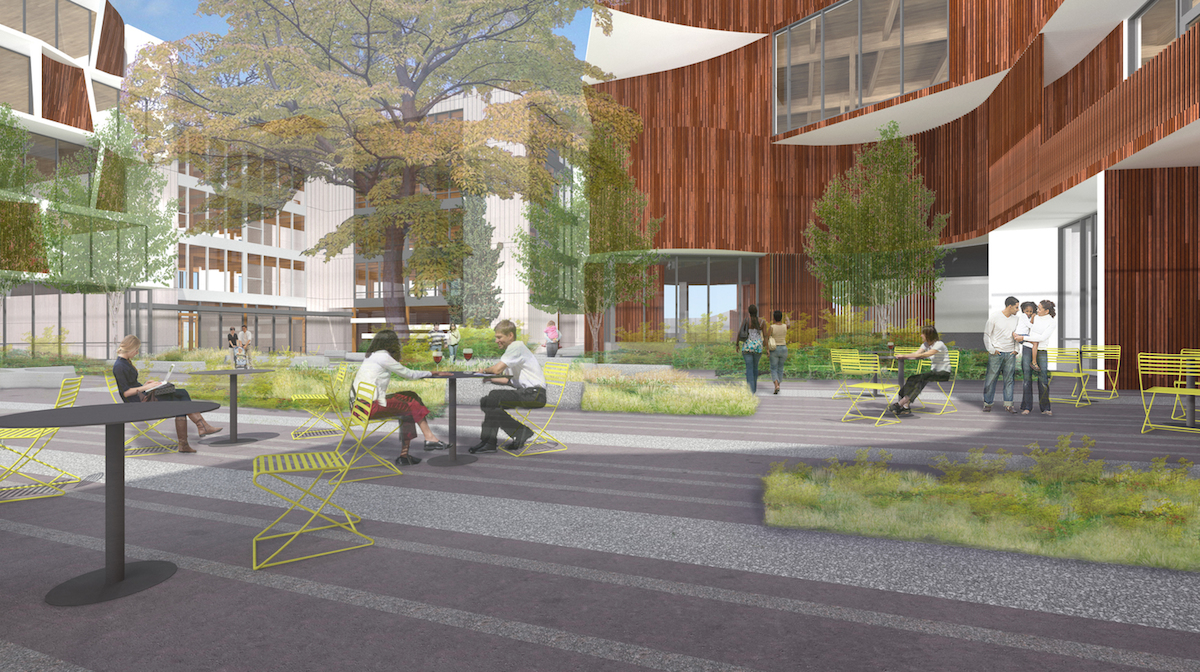 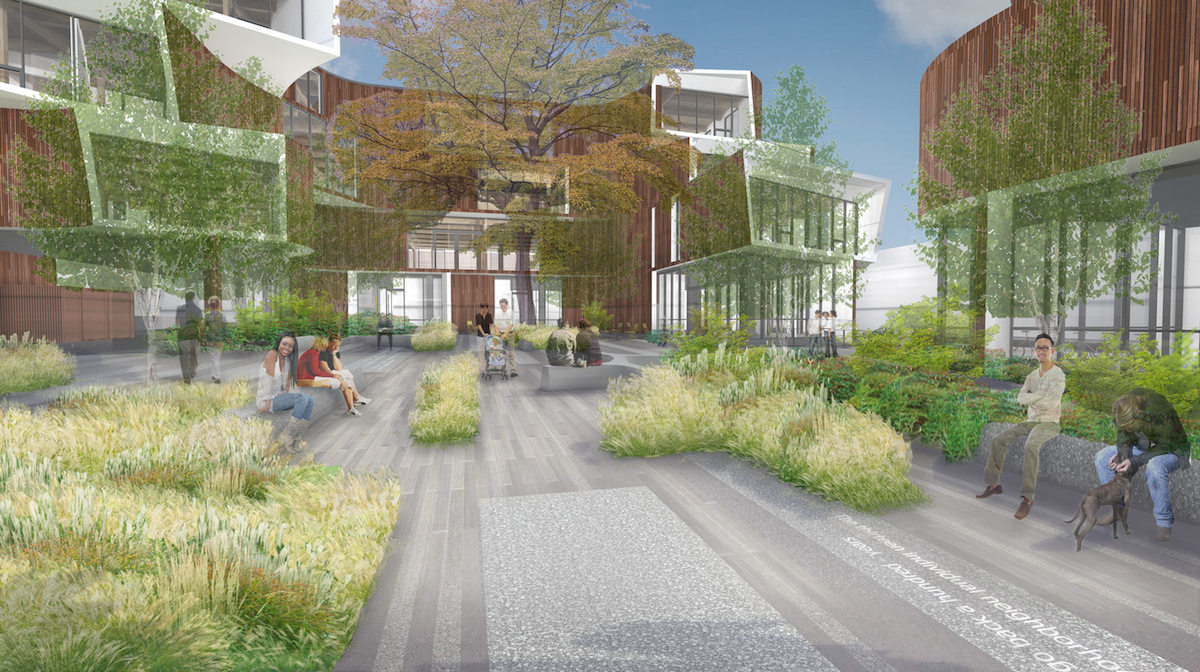 Together, the three buildings at One North wrap around the 14,200 sq ft courtyard, required in part to maintain the existing alley which traverses the site. The courtyard will be publicly accessible, with the aim that it be a “community space from the start.”  Landscape design for the courtyard is by Lango Hansen, and urban planning by David Berniker. The landscaping is composed of hardscape punctuated by trees and planting beds with meadow plants. The paving will have laser-cut steel quotes cut into it, to represent the neighborhood’s history.

The site, seen here in 2011, was mostly vacant land. The northwest corner of the site, on which The Radiator is being built, was formerly home to the bar LV’s Twelve 22, which closed in 2012. 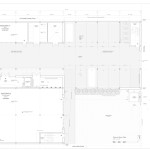 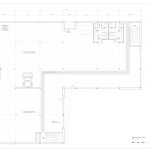 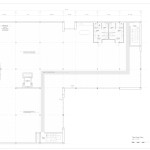 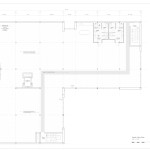 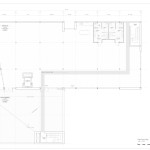 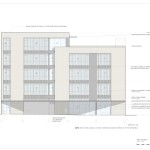 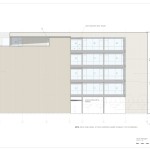 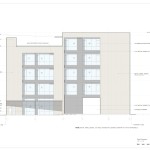 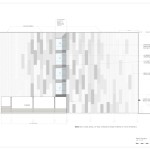