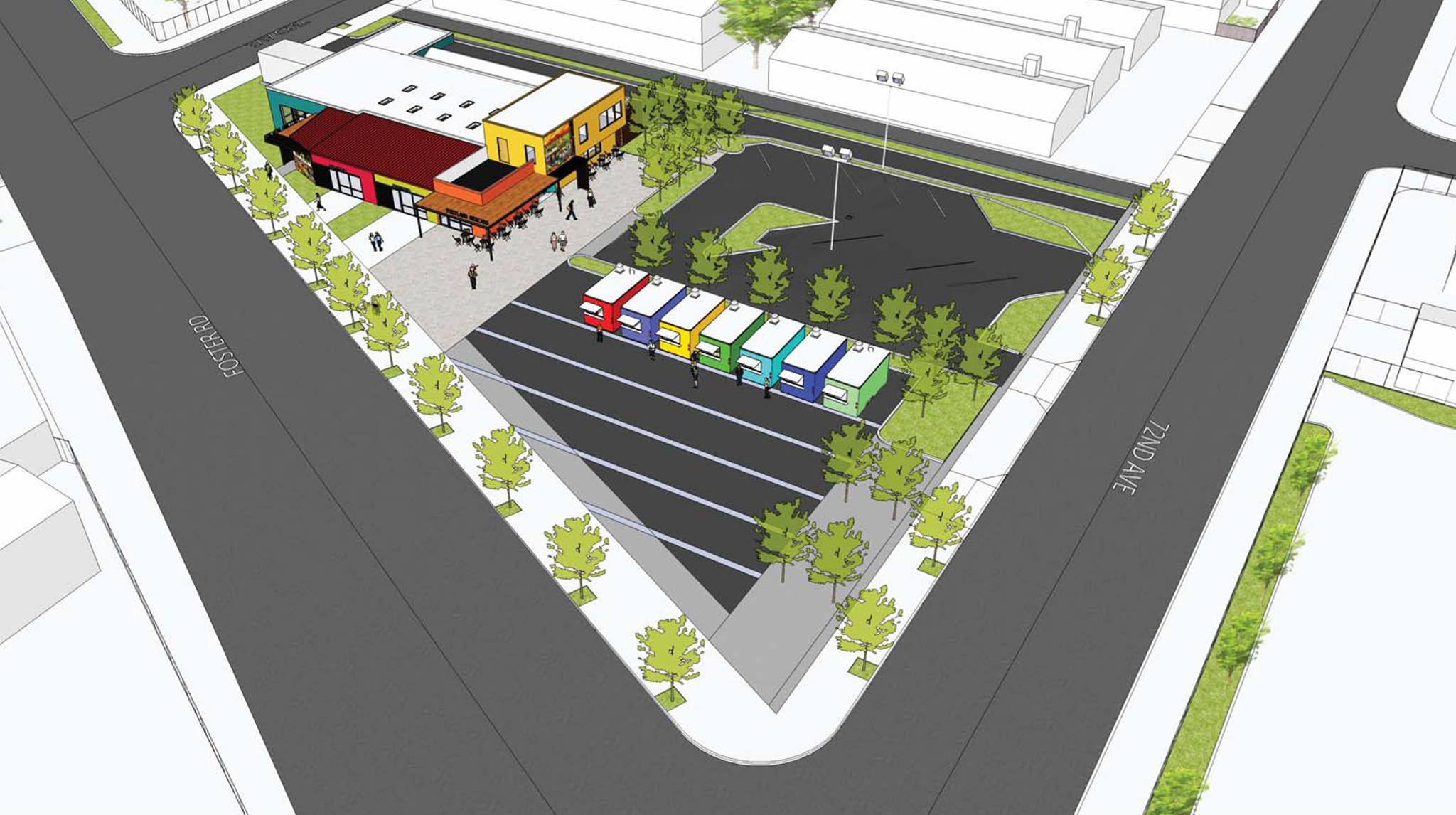 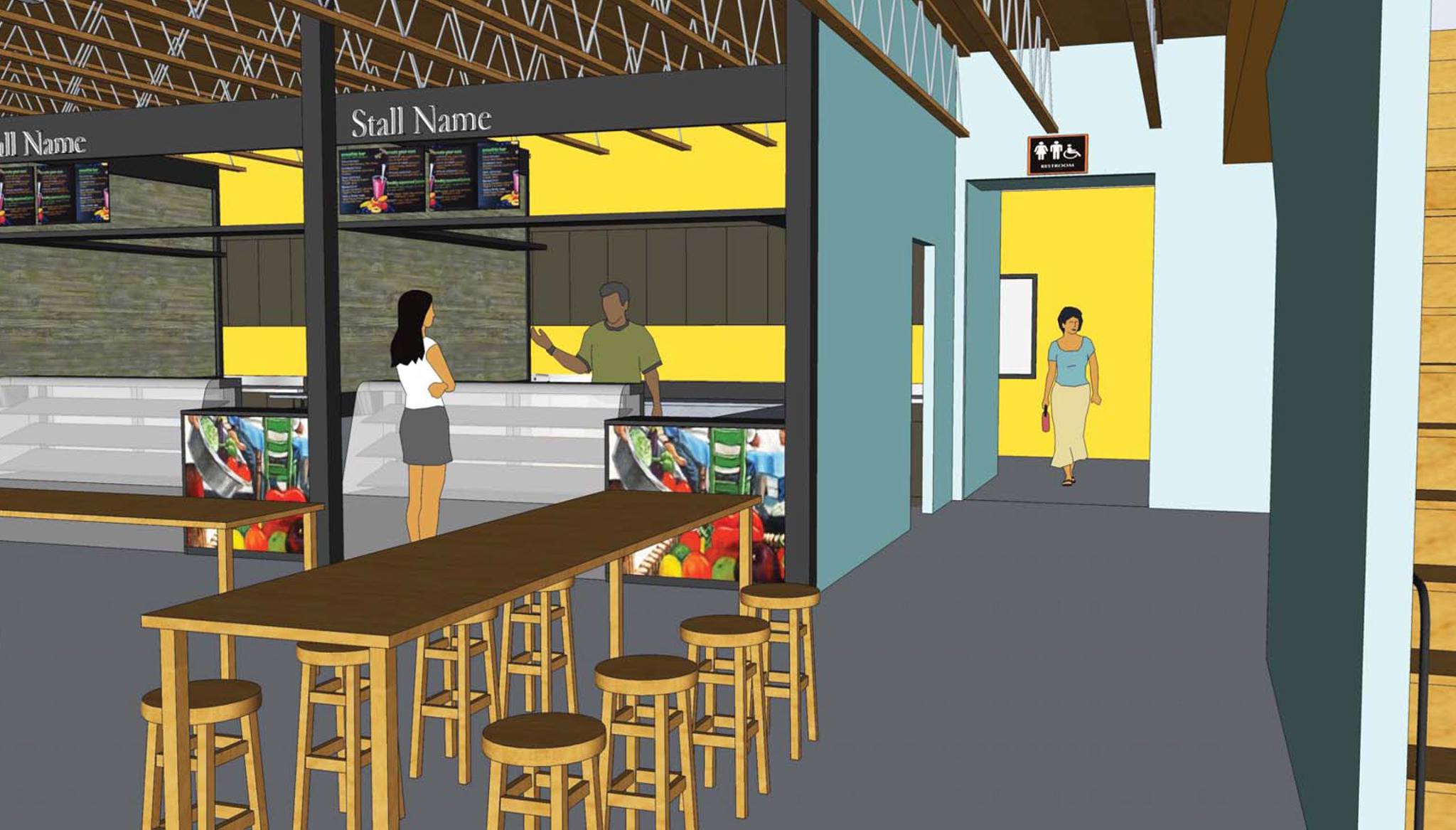 The design of the Portland Mercado is by Scott Edwards Architecture. A building permit for the project was issued in August 2014. It is scheduled to open in Spring 2015.

The site, seen here in 2011, has long been an eyesore. The existing building was built as a bank, and was most recently a used car dealership. 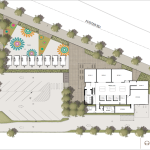 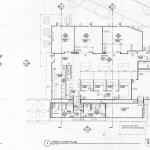