A nearly full block development is under construction in the Boise neighborhood on a site bound by N Williams, N Skidmore, N Vancouver and N Mason. The Peloton will include 268 apartment units and over 26,000 sq ft of retail space.  237 vehicle parking stalls will be located in the basement, split between 52 spaces for the commercial uses and 185 for the residential uses. The design of the project is by Myhre Group Architects for Security Properties. 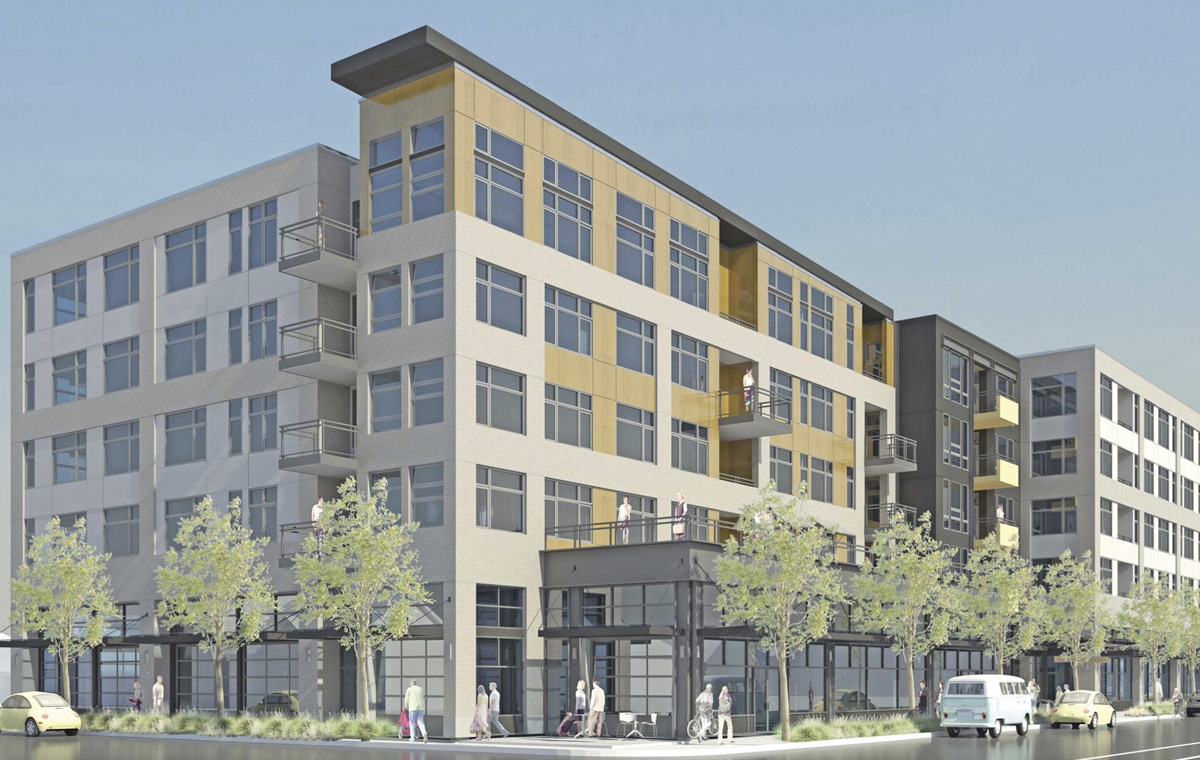 The site at 4141 N Williams Ave, seen below in 2014, was previously home to the Oregon Association of Minority Entrepreneurs. OAME sold their property to Security Properties for $4.2 million in 2013, and has since relocated to an office near Delta Park.

The project has two primary masses. A five to six story L-shaped building with residential above commercial space will front onto N Williams and N Skidmore, while a three story residential only townhome building will front onto N Vancouver Ave. Dividing the two masses is a as a shared pedestrian and vehicle space in alignment with the N Vancouver Ave-Williams Ave Alley. As reported last year at BikePortland this will be developed as a woonerf, “a narrow Dutch-style street that allows cars to pass through but treats them as “guests”.” 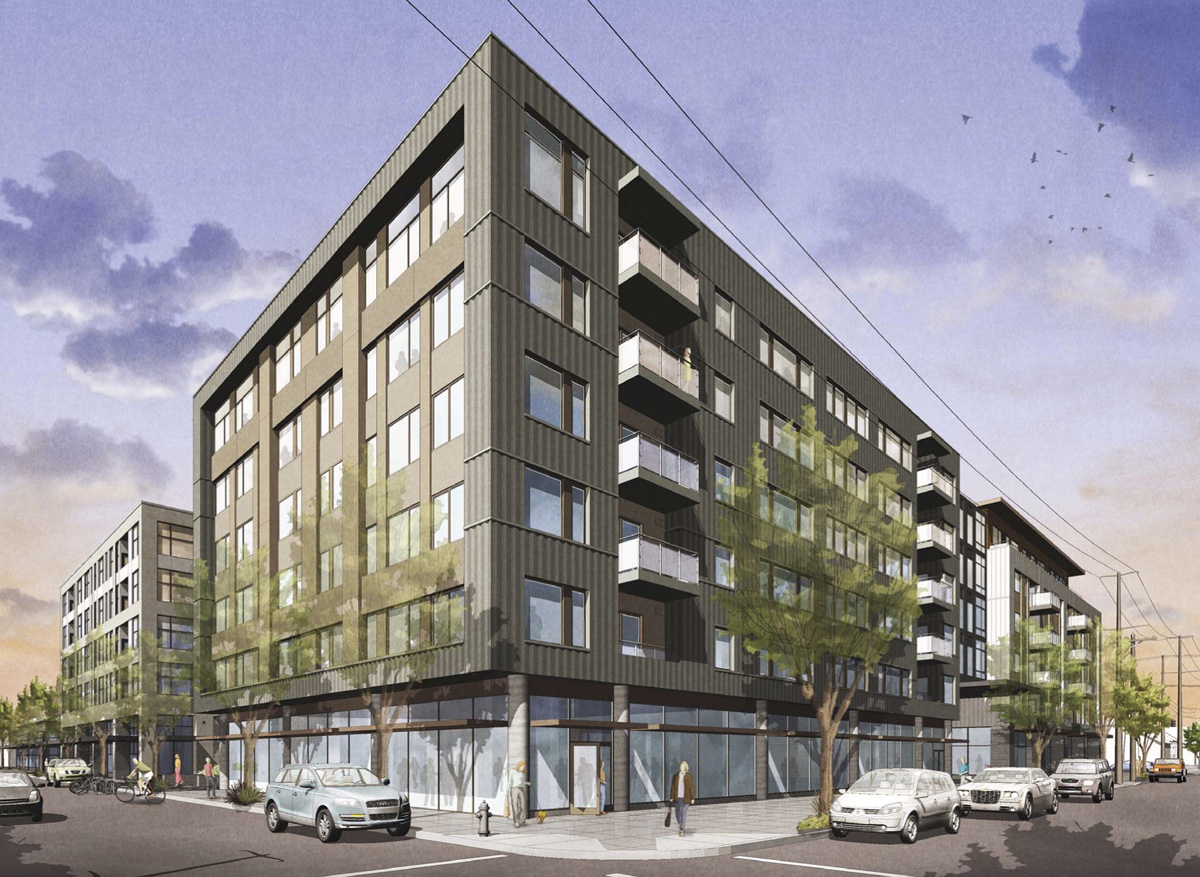 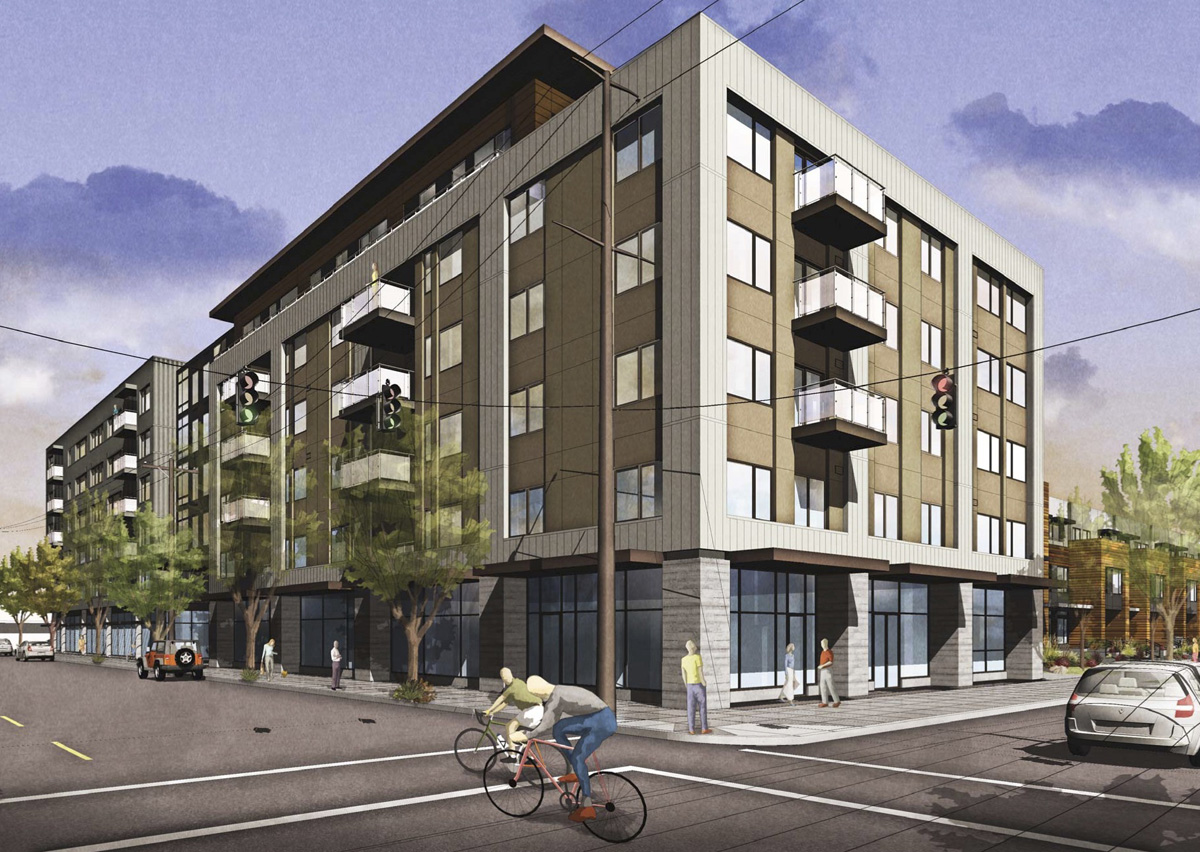 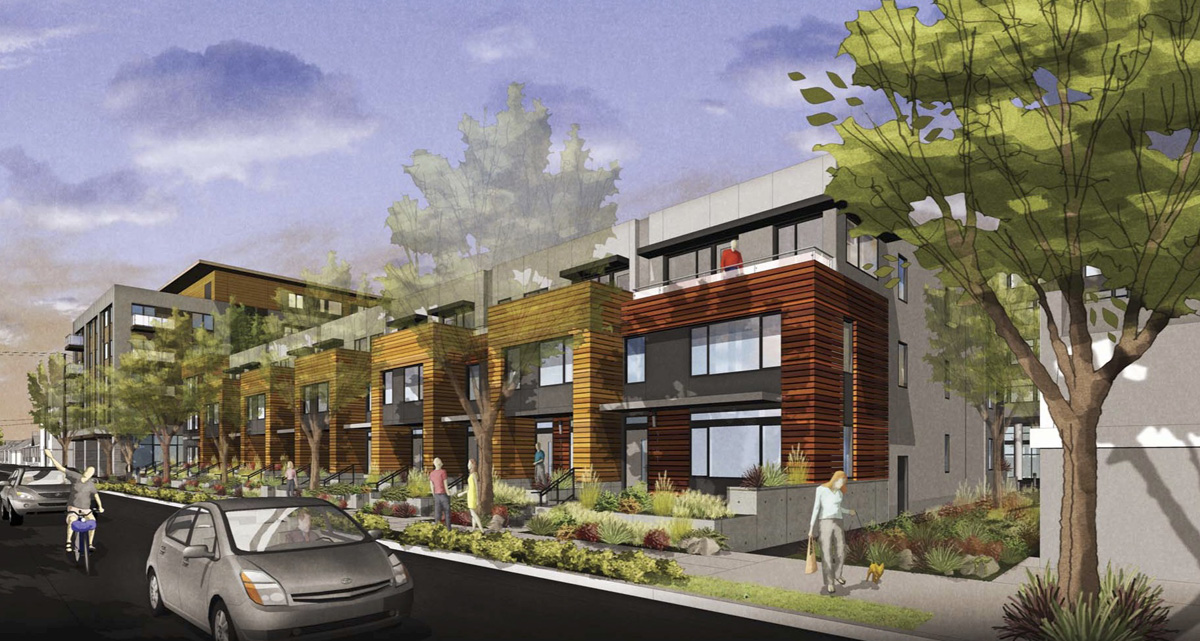 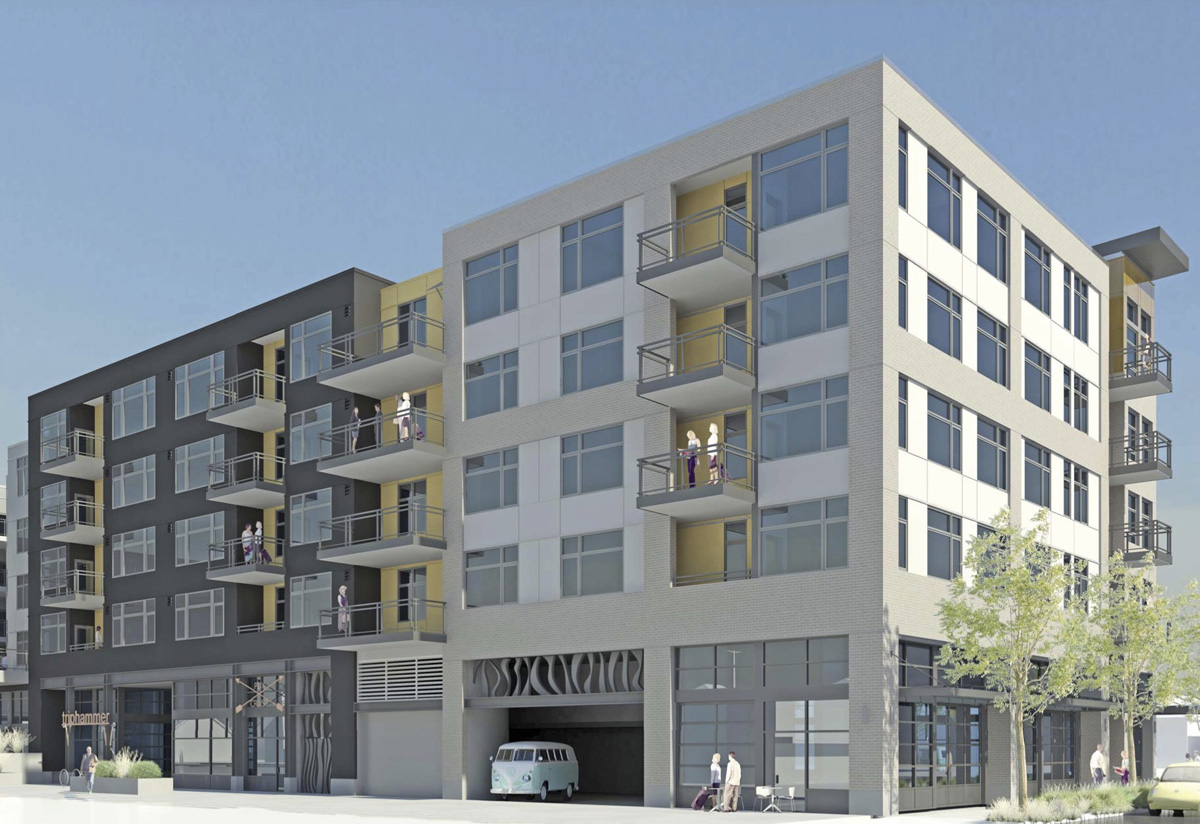 The Peloton was approved [PDF] in July 2014 through a Type II Design Review with a decision by the Bureau of Development Services. Three written comments were received, with two in broad support of the project and one in opposition. Both letters in support did however express a preference that the areas of hardiplank panels on the townhomes be replaced with a higher quality material. The Design Review staff shared this concern, and the applicant’s willing to make this change was noted in the conclusion to the decision:

The applicant has proposed the development of a large multi-building project in the Boise Neighborhood, near the northern end of the growing Williams/Vancouver couplet district between Cook and Skidmore Streets. Organized around an interior woonerf/courtyard space, the project orients the bulk of the building mass to the western side of the site across from a similarly-scaled project, currently under construction. Conditions of approval are necessary to ensure safe and convenient bike parking, as well as material quality and a clean appearance to the fiber cement material installation. With final revisions made per staff and neighborhood suggestions to improve the material quality of the project, specifically by replacing significant amounts of fiber cement siding with rigid metal panel, stucco and wood, the proposal is able to meet the applicable guidelines and should be approved.

The first construction permits for the Peloton were issued in December 2014, and work began on site shortly afterwards. The project is scheduled for completion in the second quarter of 2016.

UPDATE June 2015: A leasing website is now live at www.pelotonapartments.com 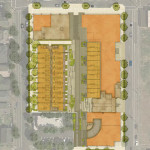