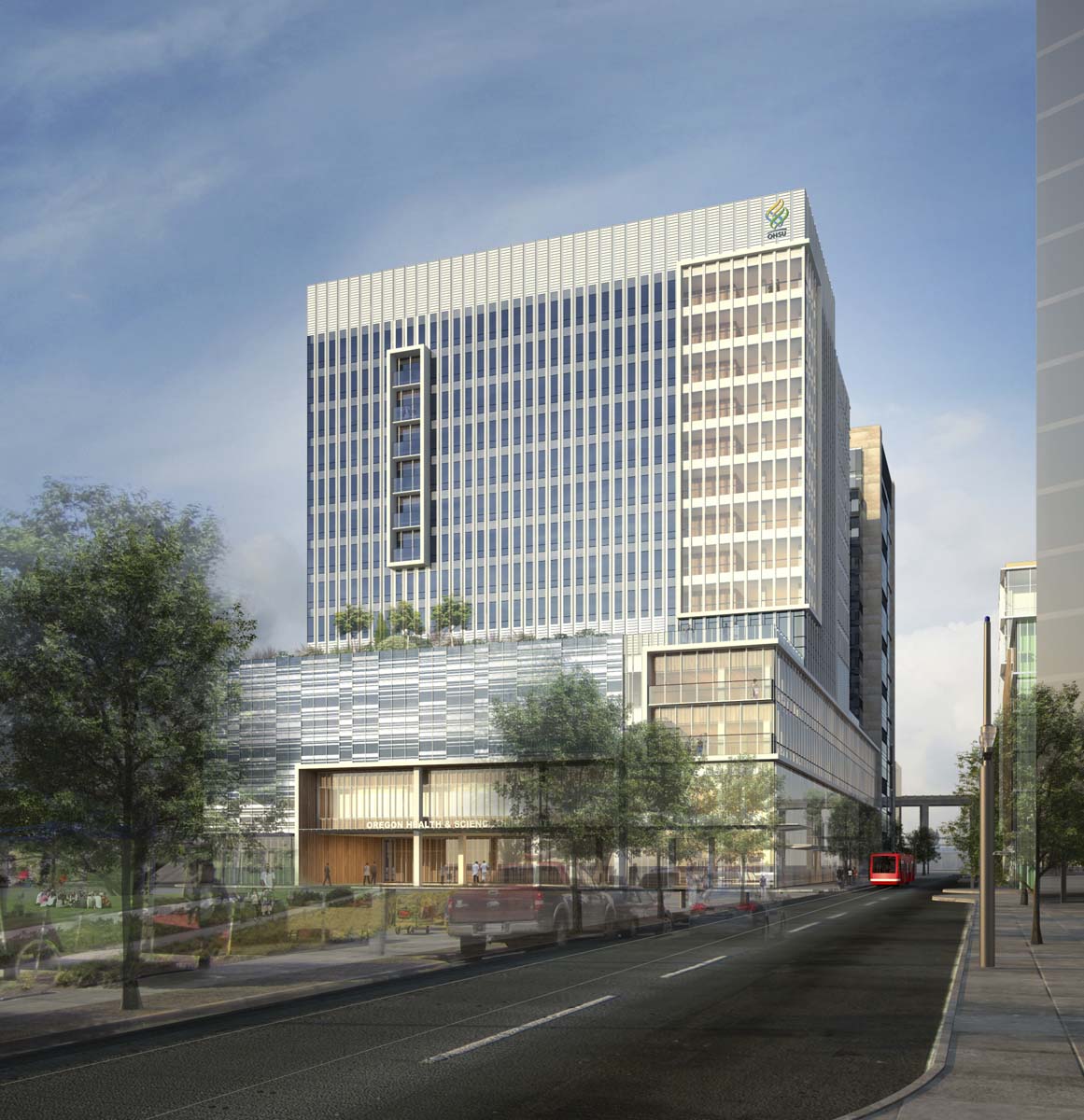 The delay in implementing the planned increases in Parks Systems Development Charges will save OHSU $1 million, according to a story in The Oregonian. OHSU is currently moving ahead with the Center for Health and Healing South and the Knight Cancer Research Building. The latter is scheduled to return before the Design Commission for a second Design Advice hearing on September 24th.

As reported by the KATU, the Facebook group ‘Stop Demolishing Portland‘ held a protest at the corner of N Williams and Fremont. Almost 20 people turned up to protest nearby developments, which include the Cook Street Apartments, One North and Carbon12.

BikePortland reported on Sideyard, a proposed building on Block 76W of the Burnside Bridgehead that may include a bike through window. The 20,000 sq ft building by Skylab and Key Development is proposed for the sliver of land across the street from Yard (formerly Block 67).

An article in the Portland Mercury looked at the state laws that restrict ways to fund affordable housing.

Lastly, KOIN featured Next Portland in a story about developments in Portland.