The Lloyd Cinemas redevelopment has gone before the Design Commission for a third Design Advice Request hearing. The project by Holst Architecture and 2.ink Studio massing has evolved since it was presented to the Commission in October, and is now imagined as a series of volumes that “weave together to form a village character”. The project continues to include a diagonal multimodal path through the site, connecting the Sullivan’s Gulch neighborhood to the Lloyd Center / NE 11th Ave MAX stop. At the ground level the project will have active uses, including restaurants, retail, maker space, micro restaurant and residential amenity spaces. Residential units will be located in the five floors above the ground. Though the current drawings do not list the number of units planned, the previous iteration proposed 680 residential units and 650 parking spaces in the first phase. 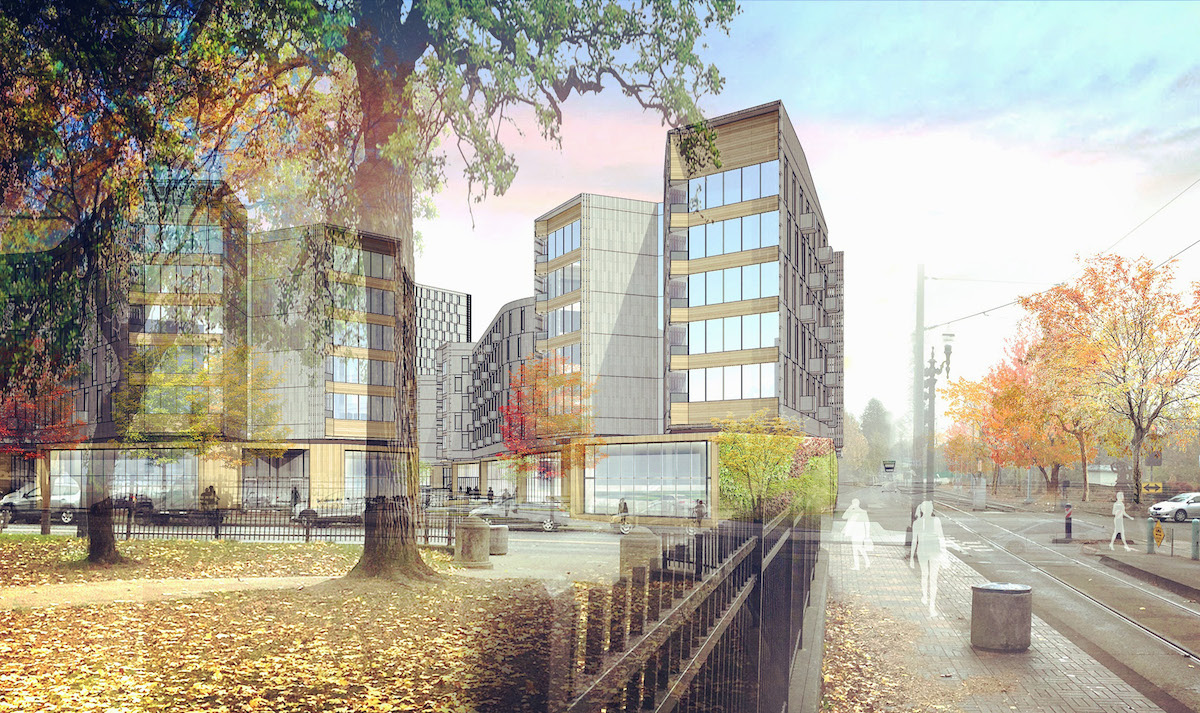 The first phase of project at 1510 NE Multnomah St will be located on the parking lot of the Regal Cinemas Lloyd Center 10 & IMAX. A future second phase could be constructed on the site currently occupied by the cinema itself.  News broke in May 2015 that the owners of the Lloyd Center had agreed to sell the property to a consortium of developers, who include California based Bob Bisno and Dan Palmer. 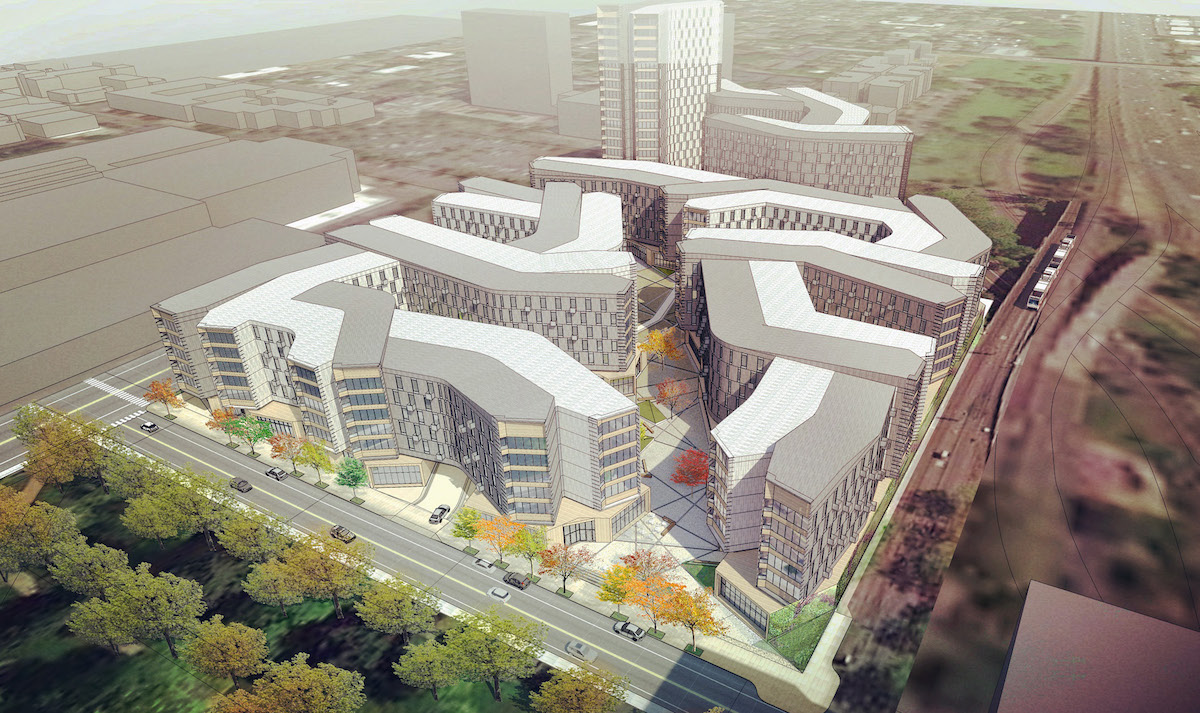 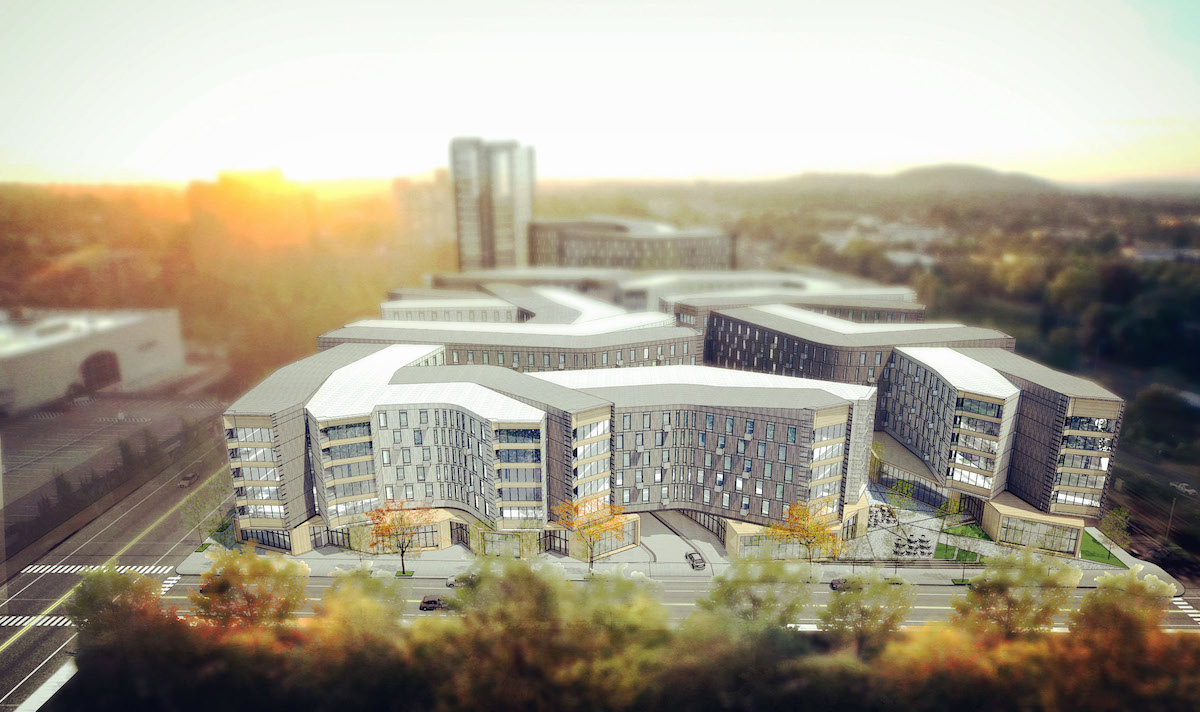 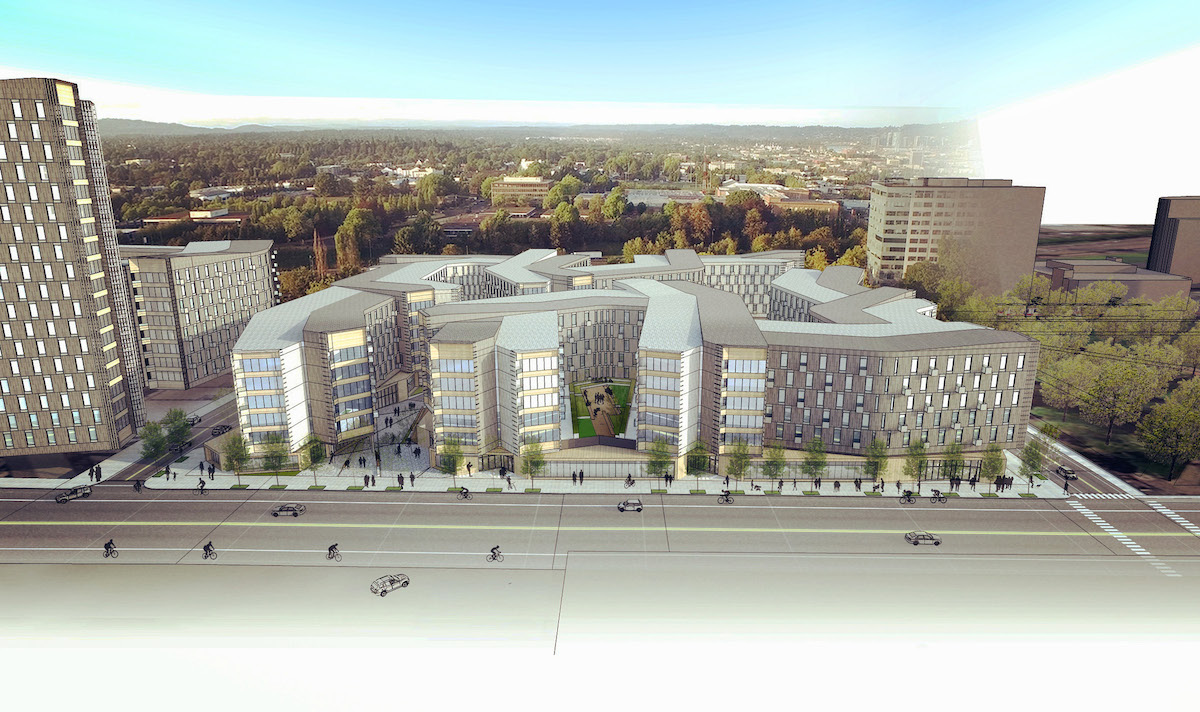 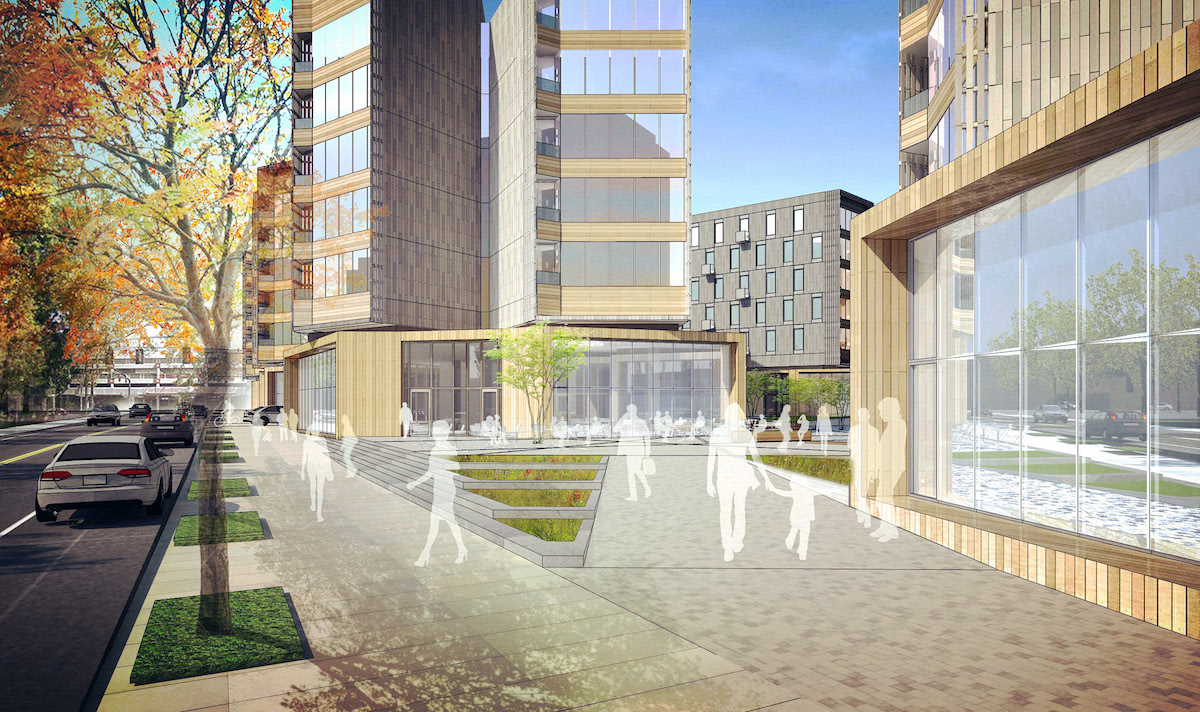 The ground level pedestrian space is intended to have four distinct zones, where different types of activity will take places. At the southwest corner overlooking Holladay park a large public sitting terrace is planned. At the center of the development would be a large plaza, activated by micro restaurants, with fixed and flexible seating encouraging people to gather. A “maker hub” would be located at the intersection of the pedestrian diagonal and the private drive. At the northeast corner a plaza would front onto NE Multnomah Street, adjacent to the primary retail storefronts. 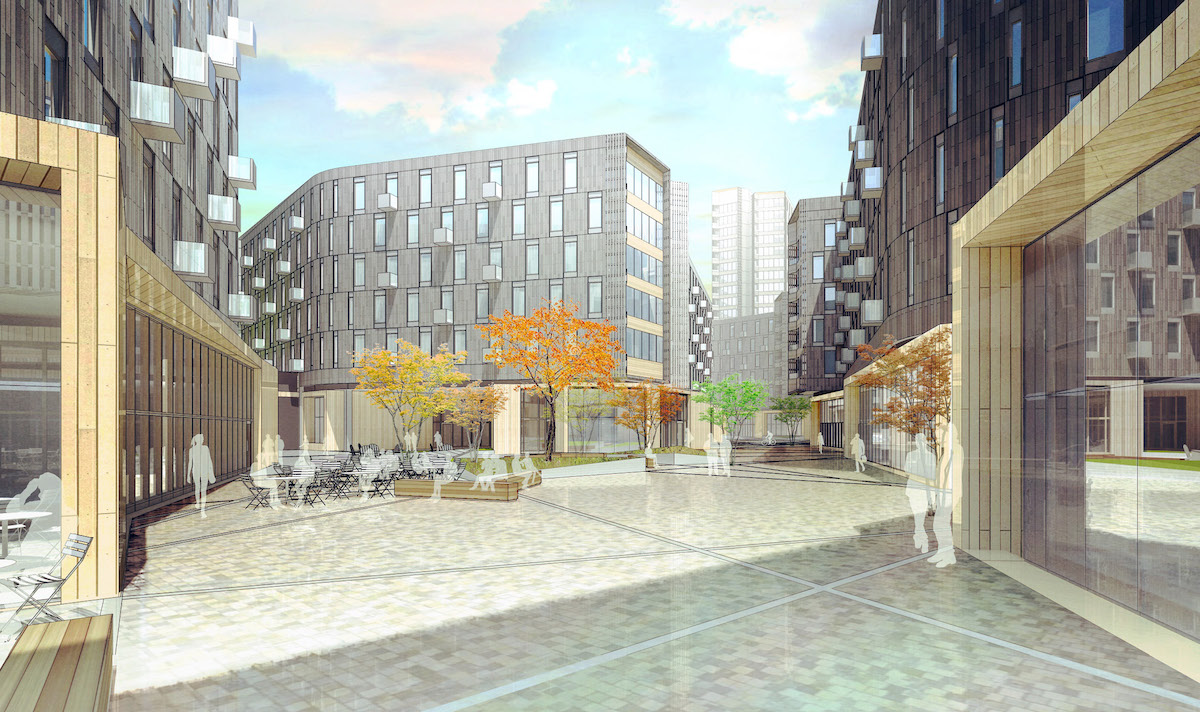 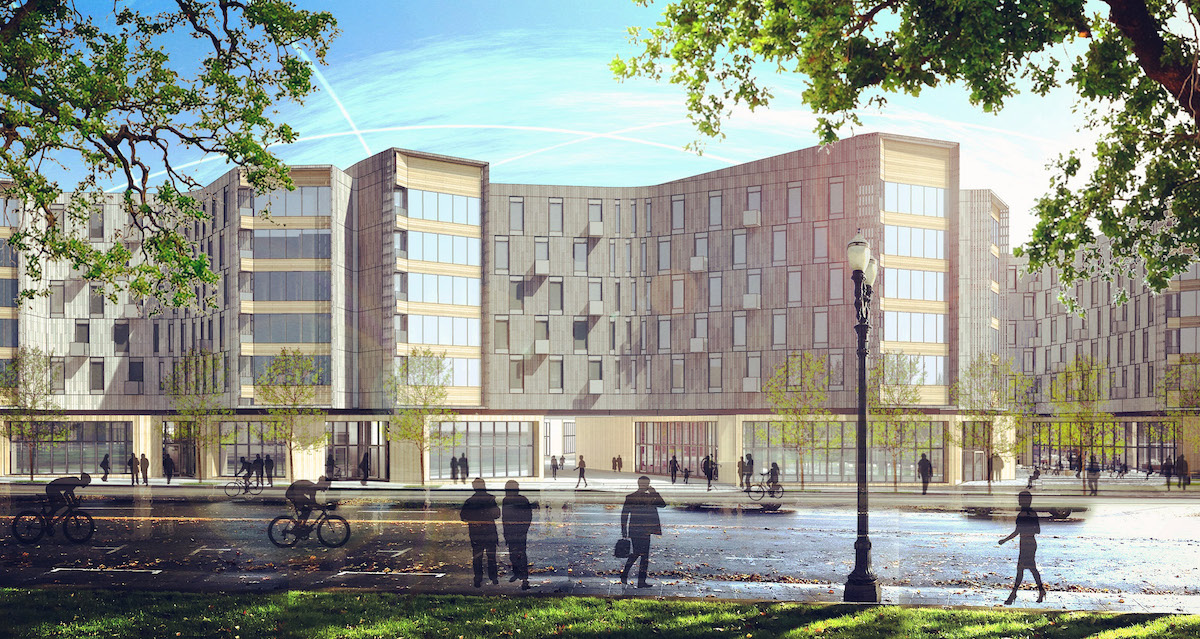 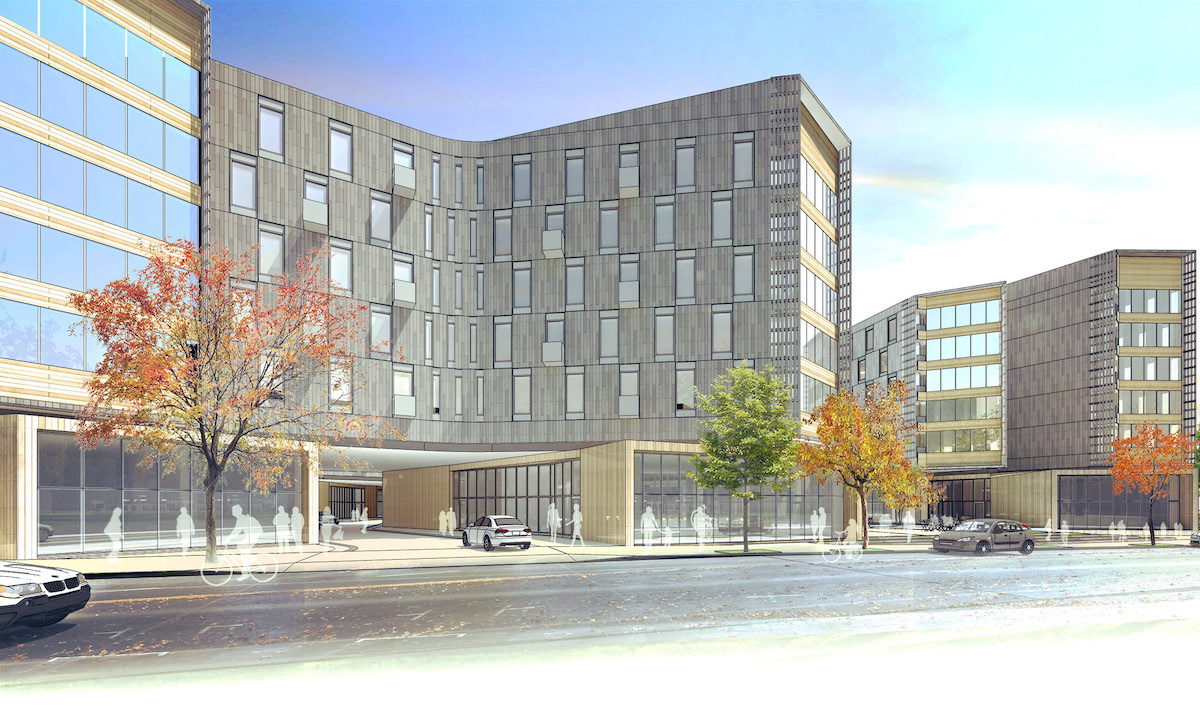 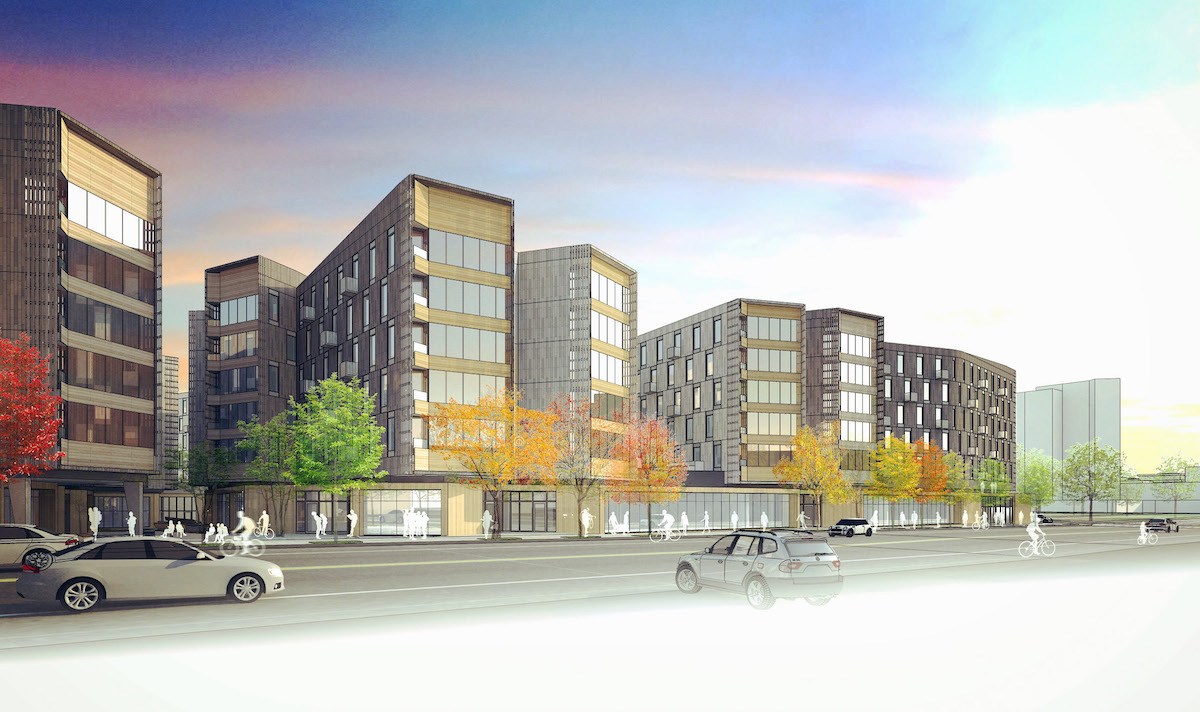 The primary material proposed for the project is an Oko skin GRFC panel with exposed fasteners. Secondary materials have not yet been identified. 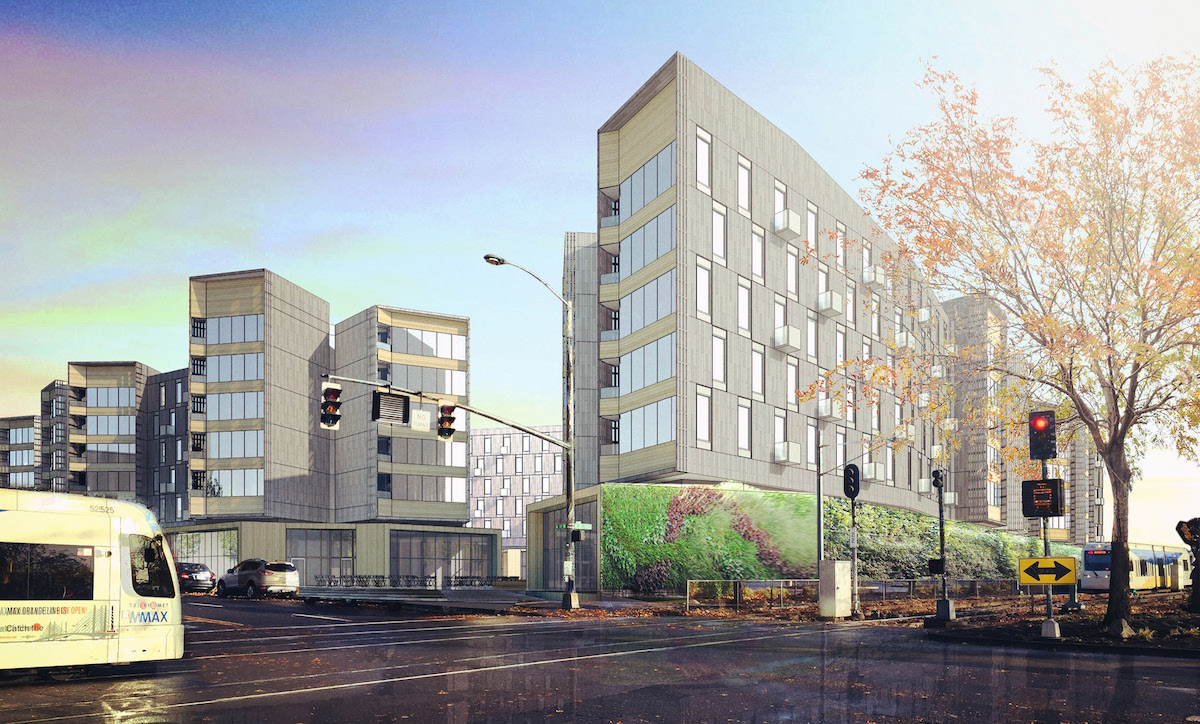 A memo [PDF] to the Design Commission, published before the December 17th hearing, outlined potential areas of discussion. These included: the massing of the project, which was a uniform 6 story height across the site; the quality of public and private outdoor spaces; the facade design and materials; and the frontage along NE 13th Ave, where the project faces the park. As at the previous hearings, the project had the support of Commissioner Livingston, who praised the team for maintaining the diagonal circulation path, and noted that she felt it was stronger in the current scheme than in the previous iterations. There was less support from the other three Commissioners present. In a conversation about whether greater building height would help the project, Commissioner Wark stated that were a number of issues that when considered together meant the scheme wasn’t working for him:

I think I’ve been pretty clear. There’s one too many things in here: the east/west road; the diagonal; the number of units; and the five-over-one. I’ve been very clear about my feelings about how that’s holding it back. It hasn’t changed. It’s basically the same diagram. It’s a little different, but it’s the same components. To me, unless one of those three or four things changes, then it’s the same parti.

The project will be required to go through a Type III Design Review in order to gain approval. The project team has the option of returning for a fourth Design Advice Request, though no date was set for one. 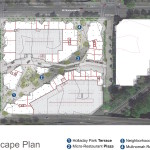 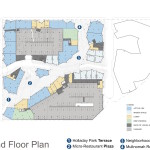 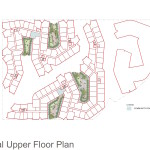