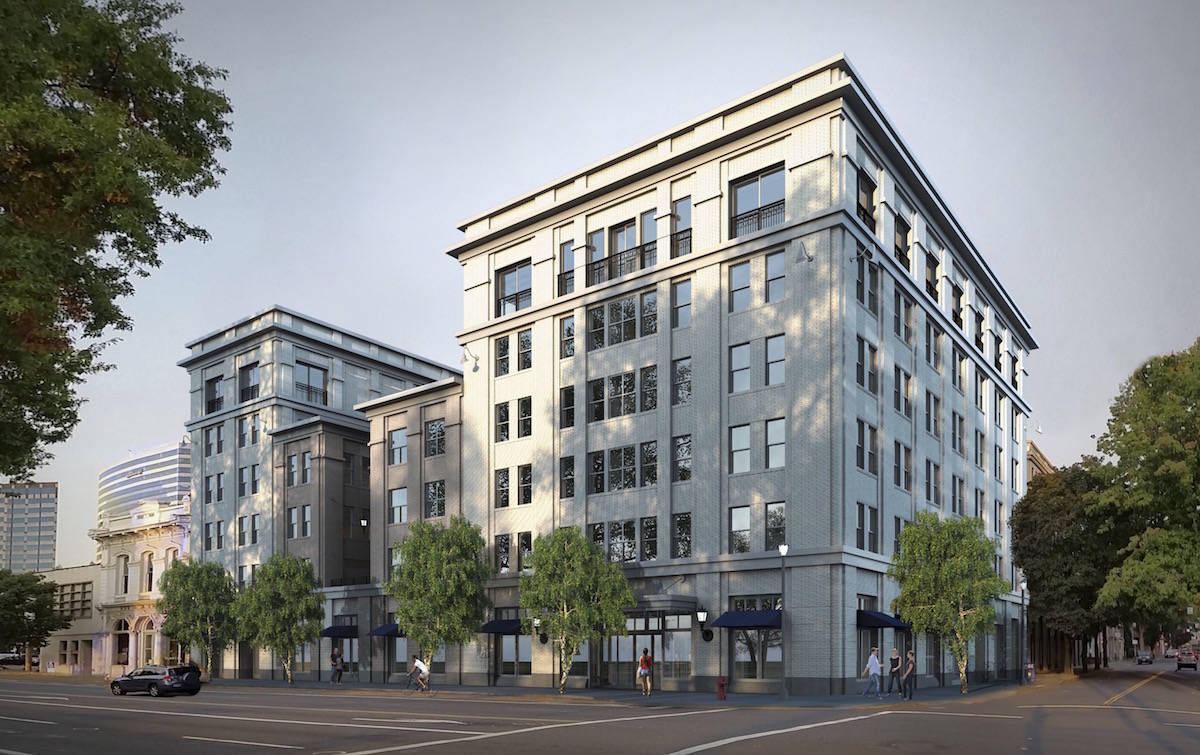 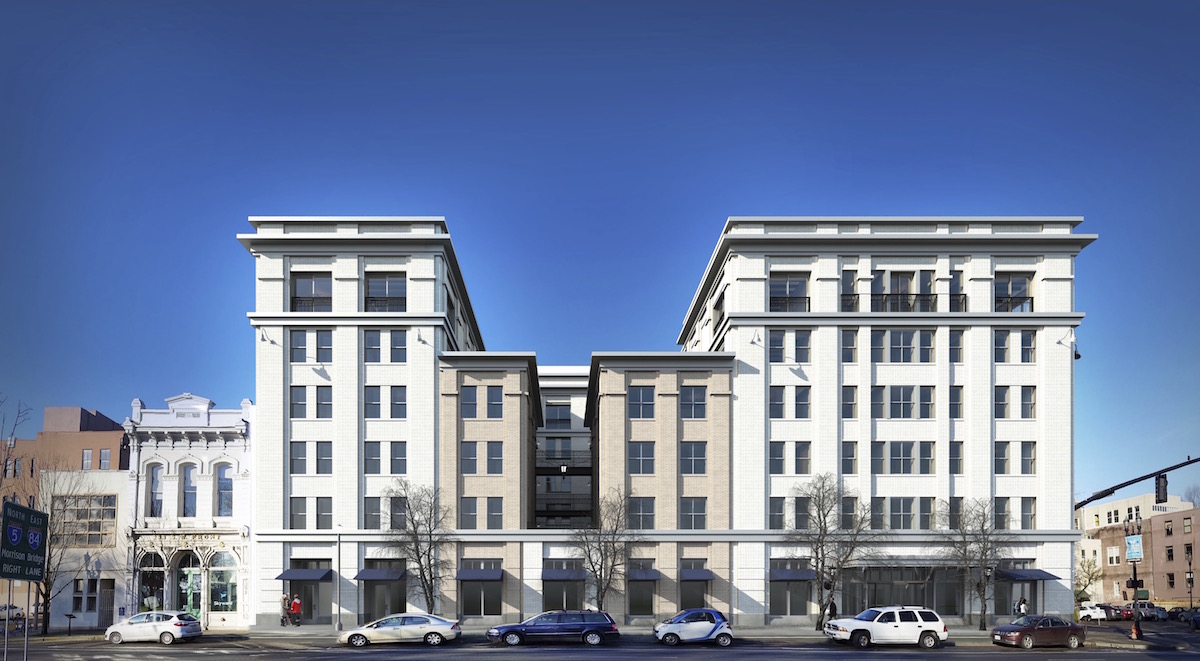 The proposed building is arranged in a donut shaped plan, with rooms wrapping around a second floor exterior terrace. The massing on Naito is broken down into smaller volumes in response to the narrow plat pattern typical in the Skidmore/Old Town historic district. 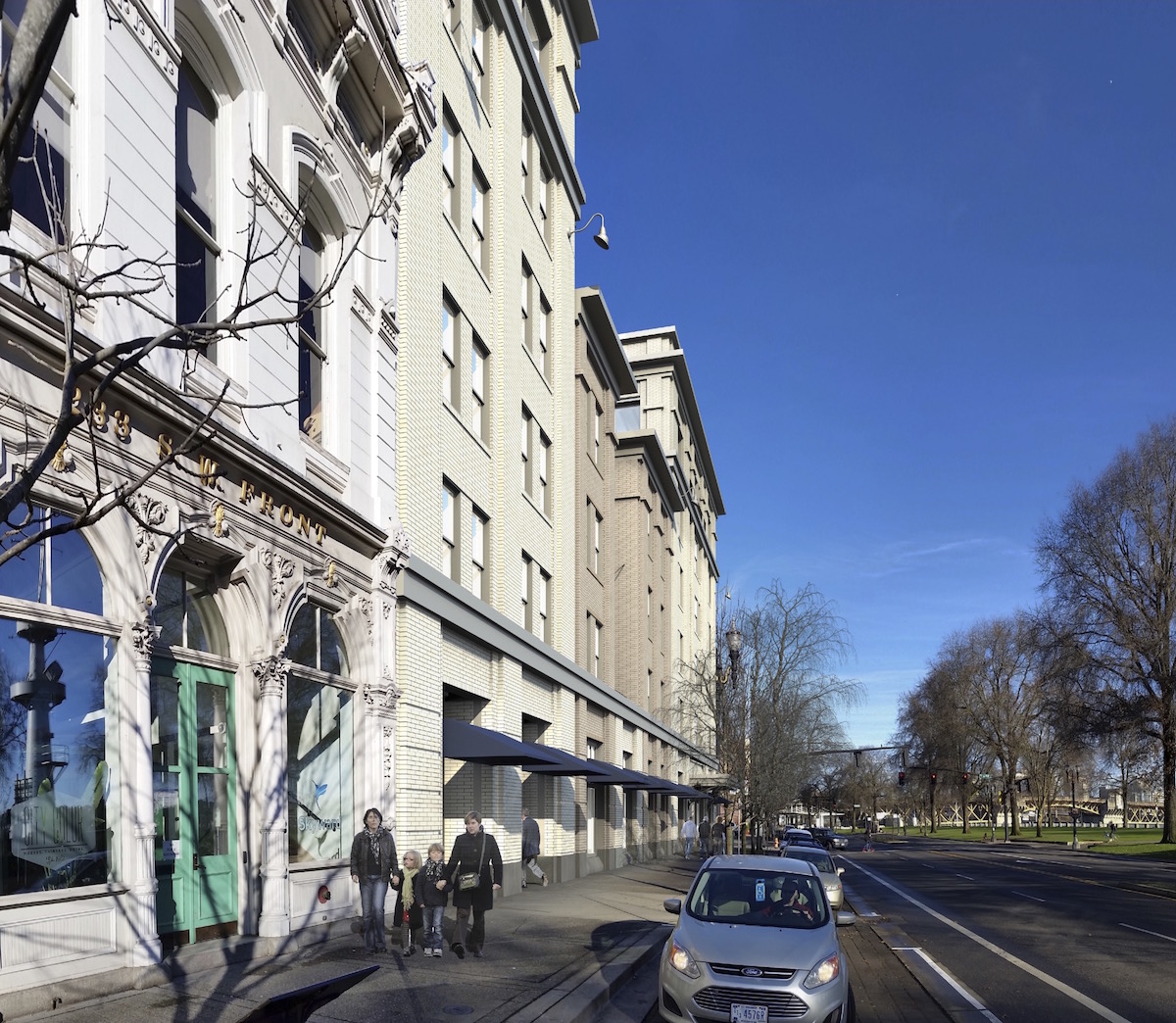 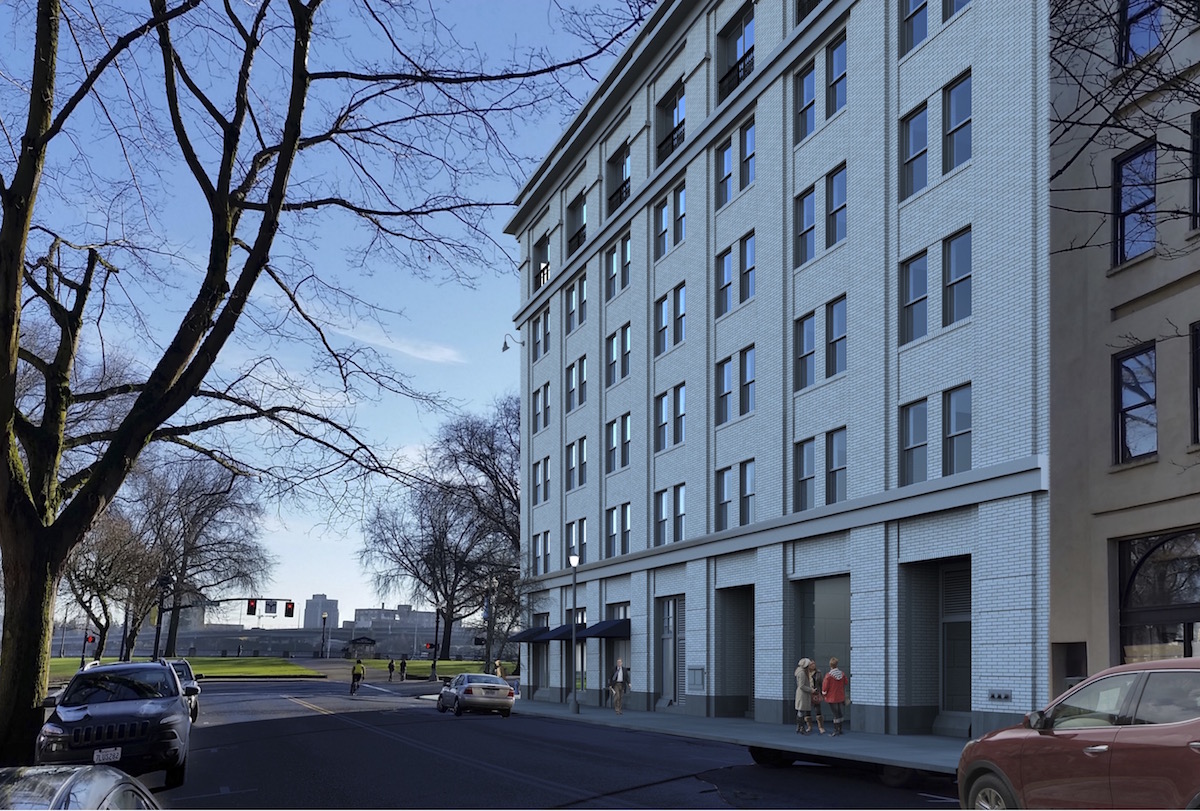 Exterior materials proposed for the project include white and tan colored brick, stucco, precast concrete, steel and iron railings, metal banding and cornices, a glass & steel canopy, and fabric awnings. Aluminum storefront is proposed at the ground level, with vinyl windows at the upper floors. 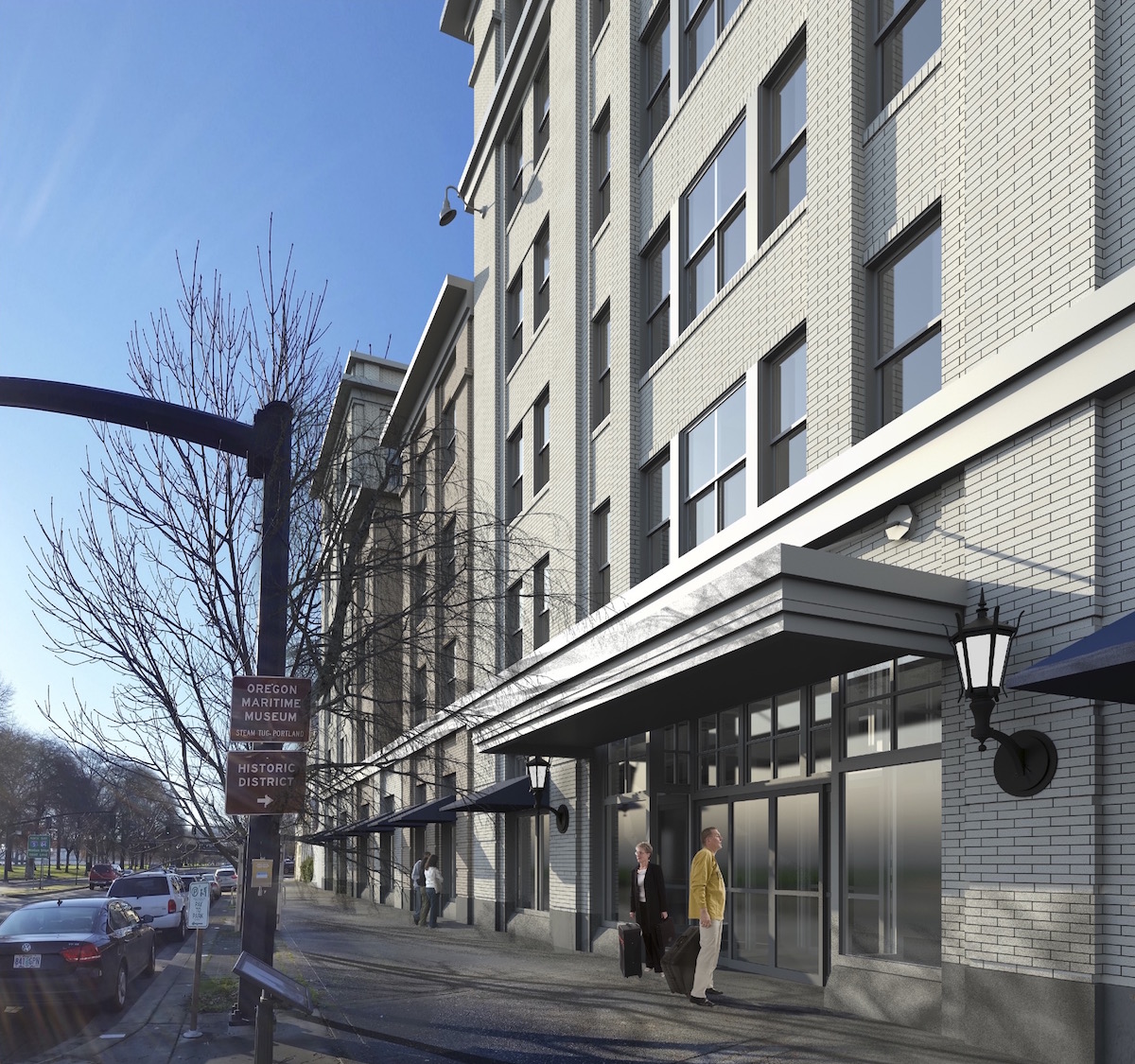 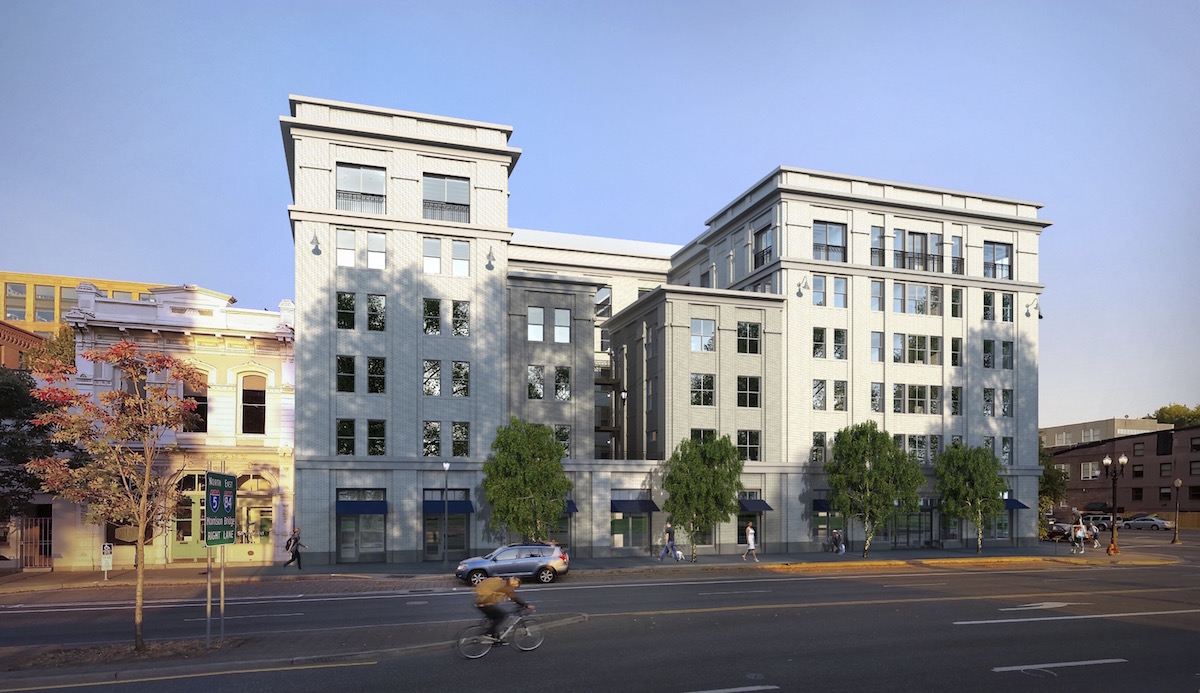 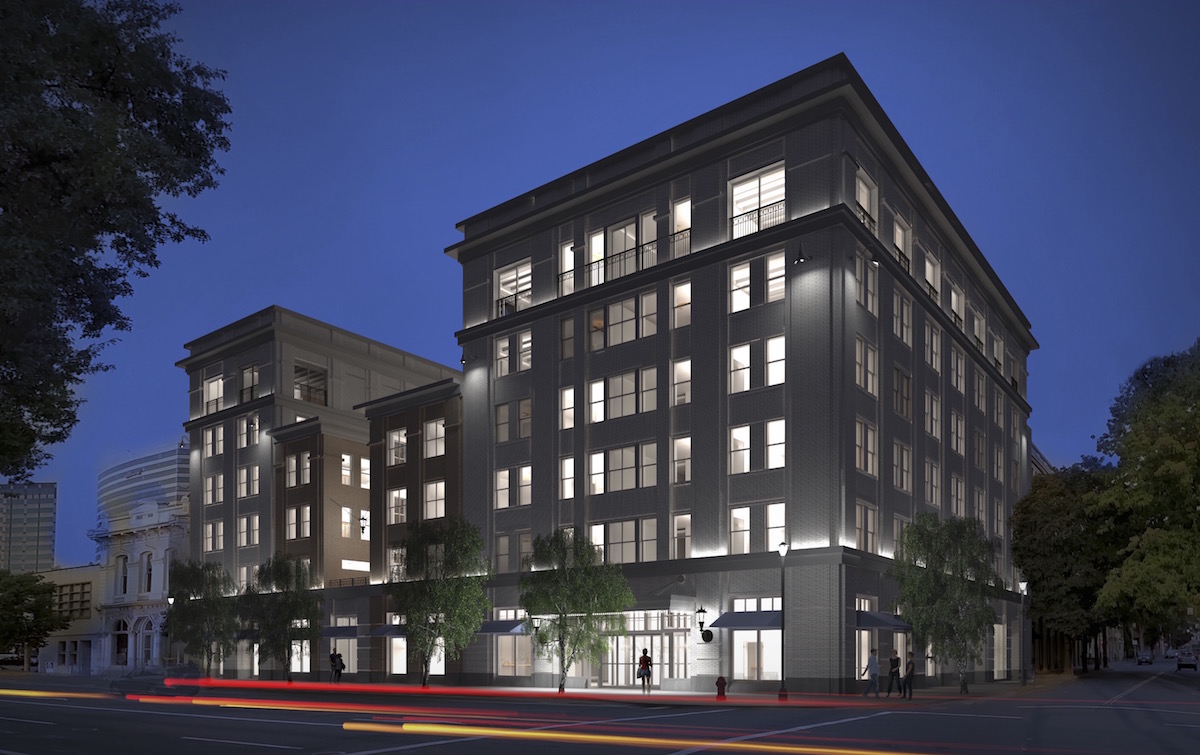 A Staff Report and Recommendation to the Historic Landmarks Commission [PDF] did not yet recommend approval for the project. At the time of publication of the Staff Report no written comments had been received. At the hearing testimony in favor of the project was given by John Russell, owner of the adjacent Hallock & McMillen and Fechheimer Buildings. Testimony against the project was given by William Hawkins, architect and author of the Grand Era of Cast Iron Architecture in Portland, who was concerned that the project isn’t incorporating any of the items in the cast iron collection started by Eric Ladd and currently owned by the PDC. Testimony against was also received from the owners of the adjacent 208 SW 1st Avenue building, who were worried that the project will block light to their windows and therefore render the historic building unleasable.

At the February 22nd hearing the Historic Landmarks Commission had a number of issues with the building, including the height adjacent to the two story Hallock & McMillen and Fechheimer Buildings, the asymmetry of the building, the use of vinyl windows and aluminum storefronts, and the sense that the building reads as a streetcar commercial era building in a district known for its 19th century architecture. The applicants were encouraged to give the building more of an “Italianate flavor” and to study whether it would be possible to incorporate cast iron artifacts into the building, especially at the ground level. Suggestions were made to study combining the 5′ light well with the exterior courtyard in order to get more light to the adjacent 208 SW 1st Avenue building, which is a contributing structure in the Historic District. Commissioner Roman noted that if this was done the courtyard would have a historic brick facade for one of its walls, rather than being entirely enclosed by modern stucco.

The project is expected to return before the Commission on April 11th. 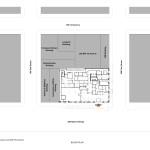 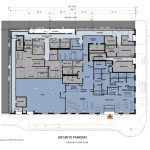 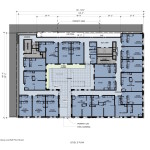 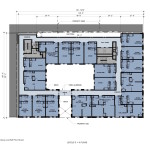 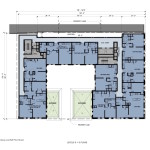 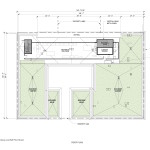 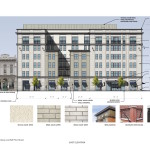 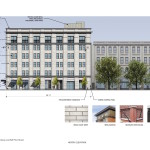 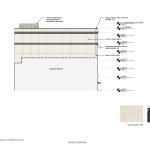 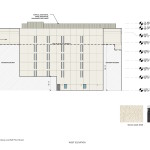 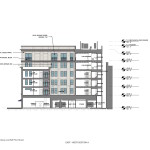 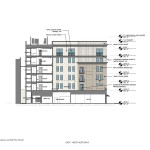 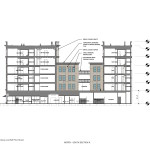 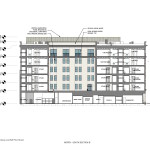 5 thoughts on “WorldMark on Naito goes before Landmarks Commission (images)”