ZGF Architects and Kaiser Permanente have gone in front of the Design Commission to receive Design Advice on a proposed parking garage and plaza on Block 80 and 81 in the Lloyd District. The project would create 484-stall parking structure, as well as “a pedestrian plaza, covered public seating, space for a lunchtime food cart pod, a new rain garden adjacent to the streetcar station, and a public bicycle parking facility proposed as part of the Lloyd District Bicycle Parking Program” 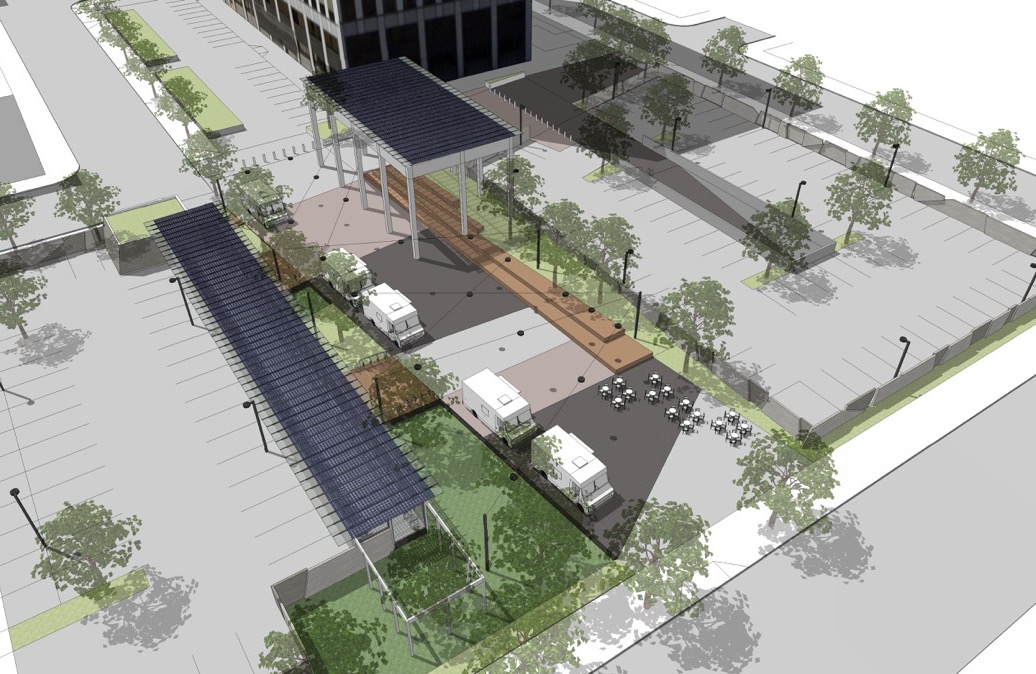 The proposed garage would serve the existing Kaiser Permanente tower at 500 NE Multnomah St, to the west of the recently completed Hassalo on Eighth development. An existing garage is located on site, however structural issues have prevented Kaiser from using the upper deck of the garage for a number of years. The tower is also served by two surface parking lots, directly to the north across NE Multnomah Street. Due to zoning code rules that limit the amount of surface parking allowed in the Lloyd District, Kaiser would be required to cease using one of the blocks north of Multnomah for parking upon redevelopment of Block 80. That block would be freed up for redevelopment, though Kaiser has no immediate plans to develop the site. 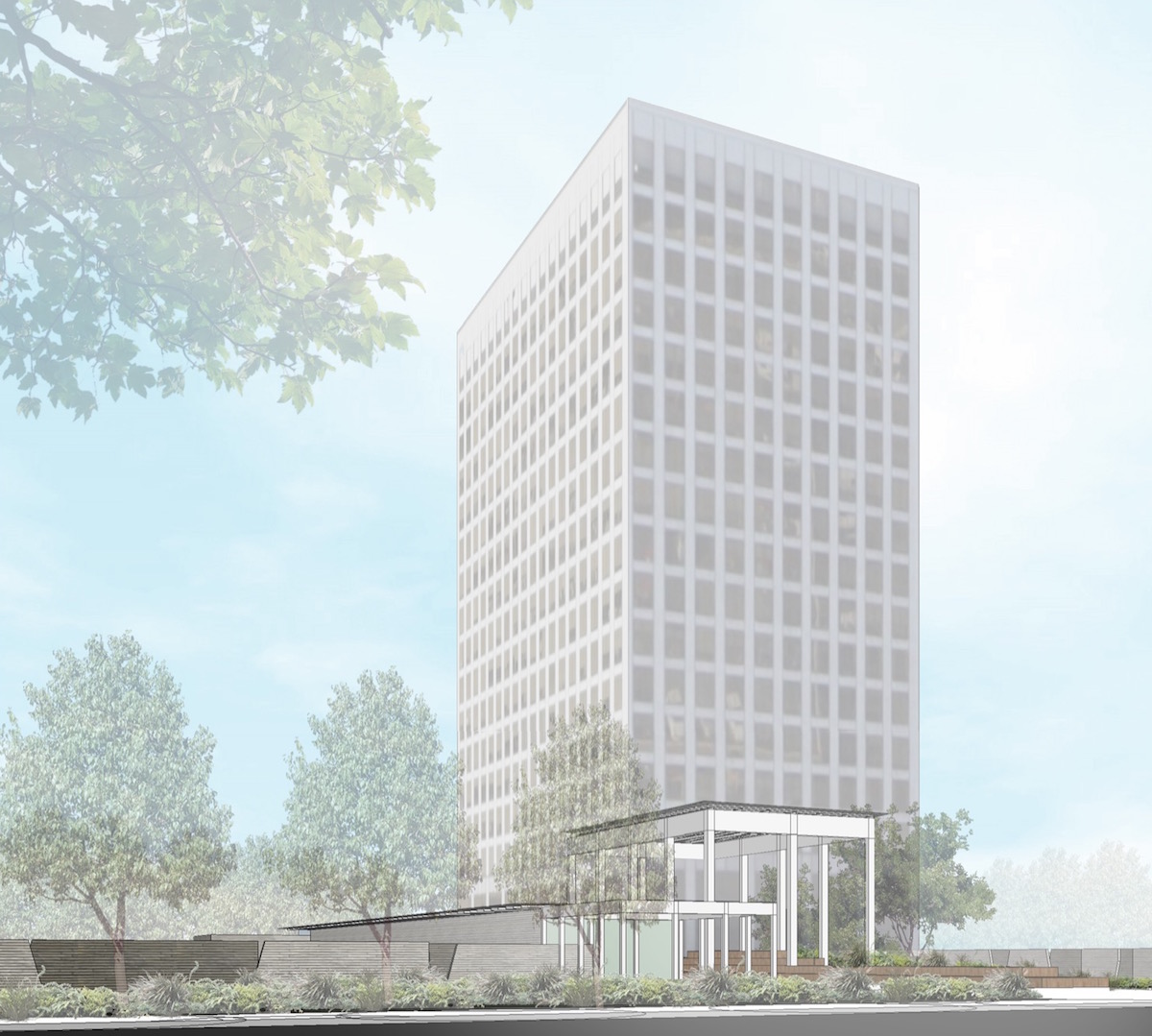 The new garage would involve one level of below grade parking, and one level of at-grade parking. The new plaza would be created on top of the parking below, in alignment with the Hassalo Plaza across NE 7th Ave. A bike parking structure, potentially with photovoltaic panels on its roof, would be created in alignment with NE Hassalo St. In order to screen the parking, a brick wall would be created around the perimeter of the new surface parking. Stormwater plantings would be added along NE 7th Ave, between the screen wall and the existing sidewalk. 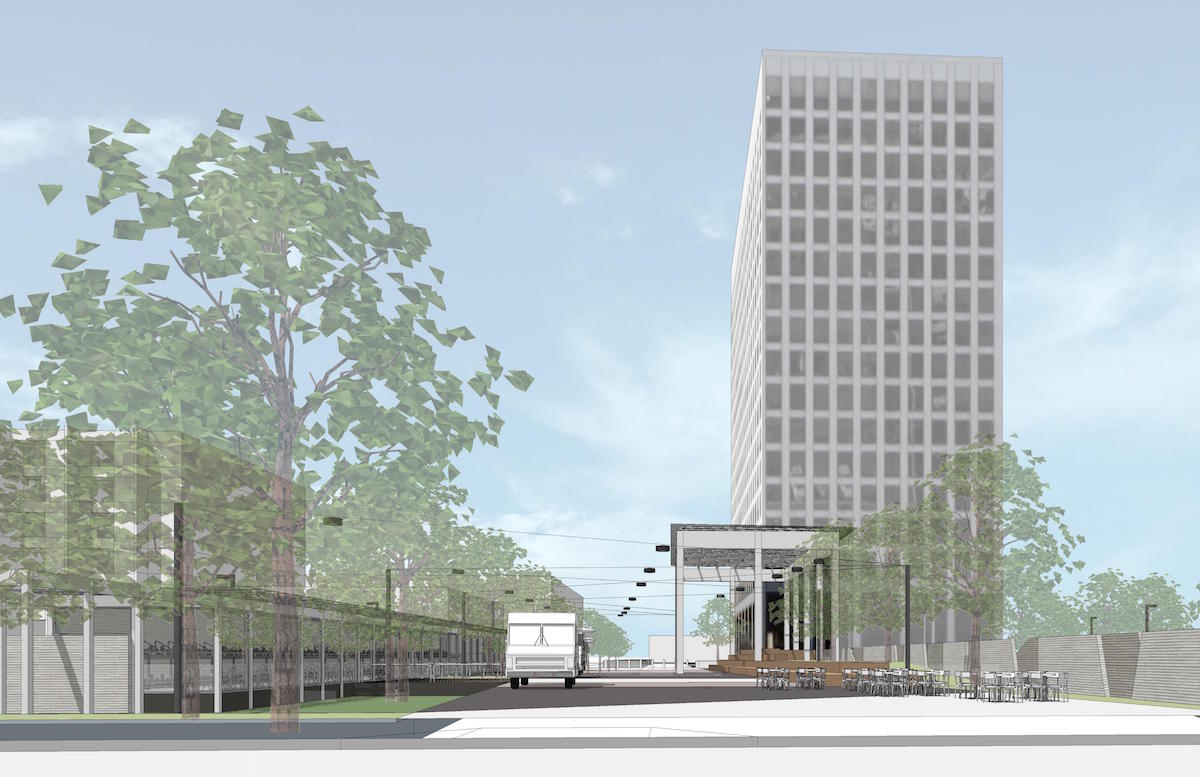 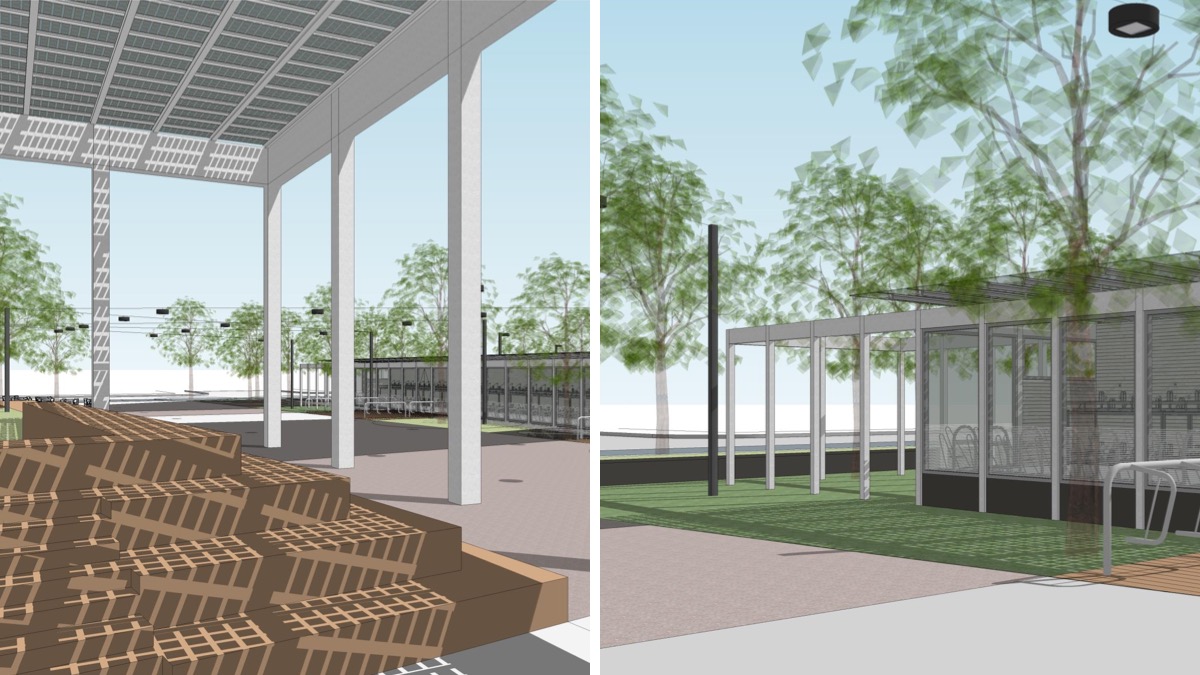 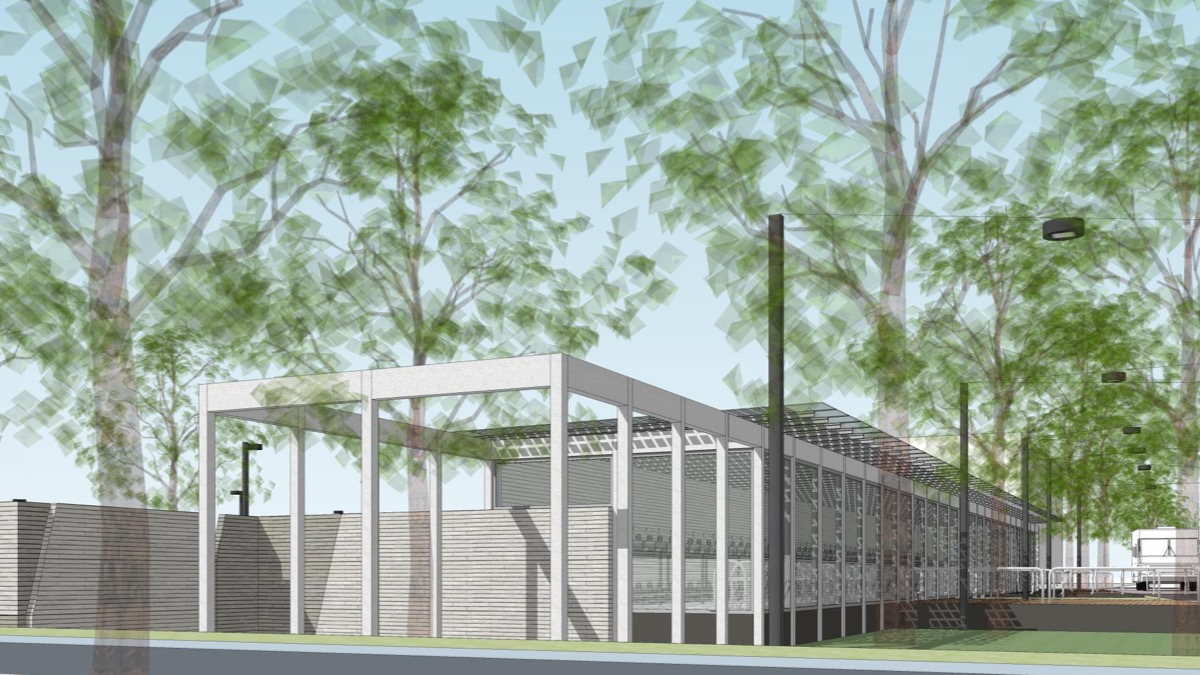 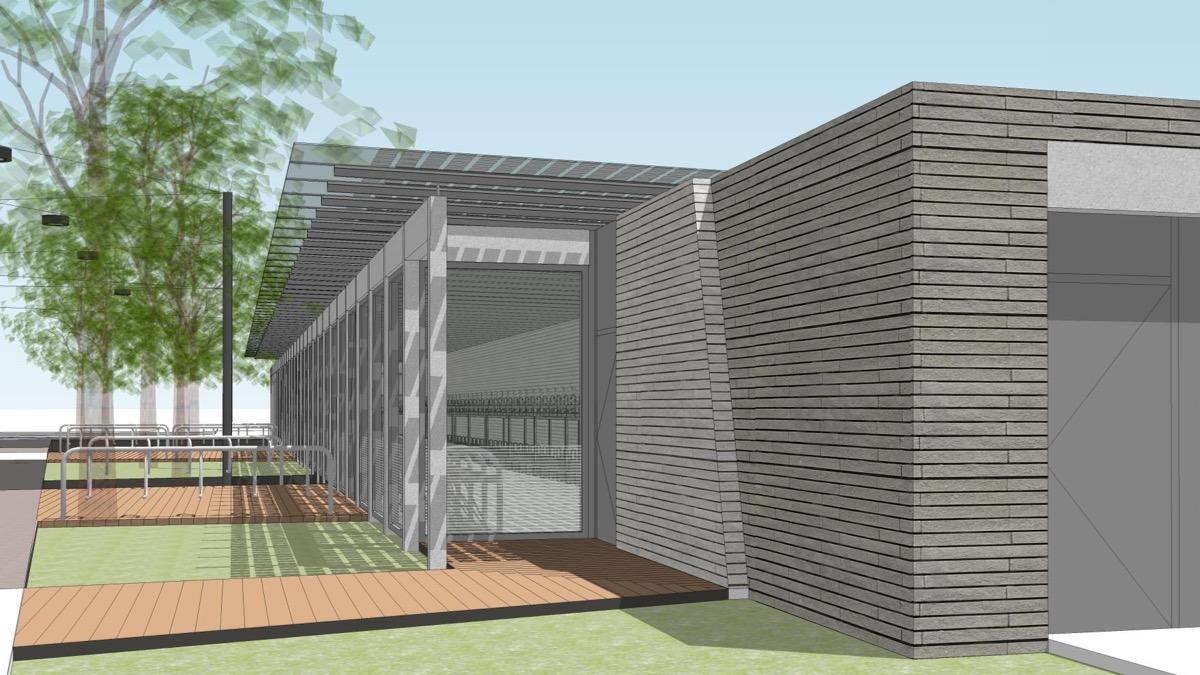 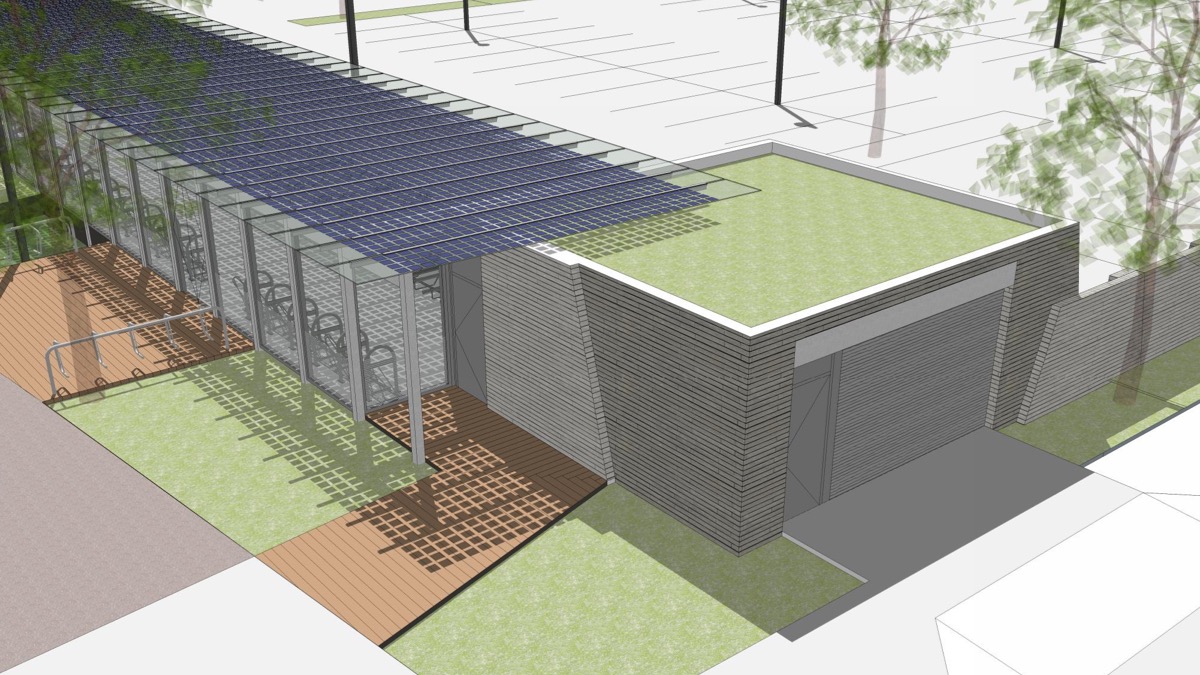 A memo [PDF] to the Design Commission, published before the June 2nd hearing, outlined potential areas for discussion. These included: the appropriateness of two additional full block surface–level parking lots in Central City; future development potential and opportunities created by the development on Block 80; the NE Hassalo Plaza design and through connection;  the design of the bike parking structure; and the design of the surface parking lot screening walls. Most of the discussion centered around whether the development meets the intent of the Central City Fundamental Guidelines and the Special Design Guidelines for the Lloyd District of the Central City Plan. During the hearing Commission Chair Wark asked whether the new garage meets the intents of the Guidelines created fro the district:

I want to be really supportive of a major company and presence in our community, but I don’t want our community to have to sacrifice for that in some way. Where is the balance?…

We already have a set of Guidelines, that tell us what it should be. I don’t need to say what it should be. I already know what it’s supposed to be, relative to what [Bureau of Development Service Staff] Tim presented, and what’s been in the code books for quite some time. Because the codes are written in a way to reverse the development that started occurring post-war in this area, which was to destroy the grid; be autocentric; and have buildings that are detached from the streetscape. What got sacrificed is the human element in all of that. Right? And so all of these codes now are written to incrementally reverse that. That’s why you have to get rid of a parking lot… because you’re triggering whatever requirement that is. There’s the template. And so, is this following that template or not? Is this following the direction of trying to correct all those past mistakes?

During the hearing the applicants made it clear they see their options as to redevelop the site as proposed, or repair the existing structure at considerable expense. The Design Commission largely expressed the opinion that repair of the existing structure would be preferable, assuming Kaiser is not able to redevelop the site in a more substantial way that would include burying the parking. Should Kaiser choose to move forward with the new garage and plaza the project will be required to go through a Type III Design Review, with public hearings before the Design Commission. If they choose to do repairs to the existing structure, the project would be exempt from Design Review and can move straight into the building permit phase. 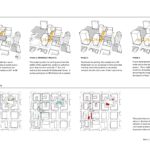 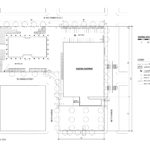 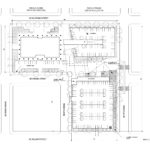 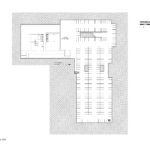 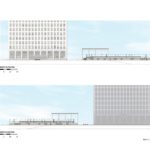 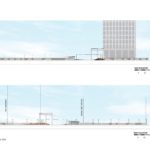 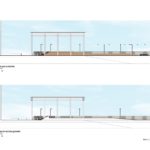 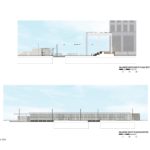