The Design Commission has approved a 20 story hotel at SW 3rd and Salmon by Ankrom Moisan Architects. The 246′-7″ tall building is being developed by Third & Taylor Development LLC, a partnership between Onder Development and Arthur Mutal. The proposed hotel will have 245 guest rooms, with a rooftop bar and a swimming pool proposed at the 20th floor. The hotel lobby, restaurant and a bar/market are planned for the ground floor, with conference facilities planned for the second floor. One basement level would be used for housekeeping and other back of house functions. No new vehicular parking is proposed. 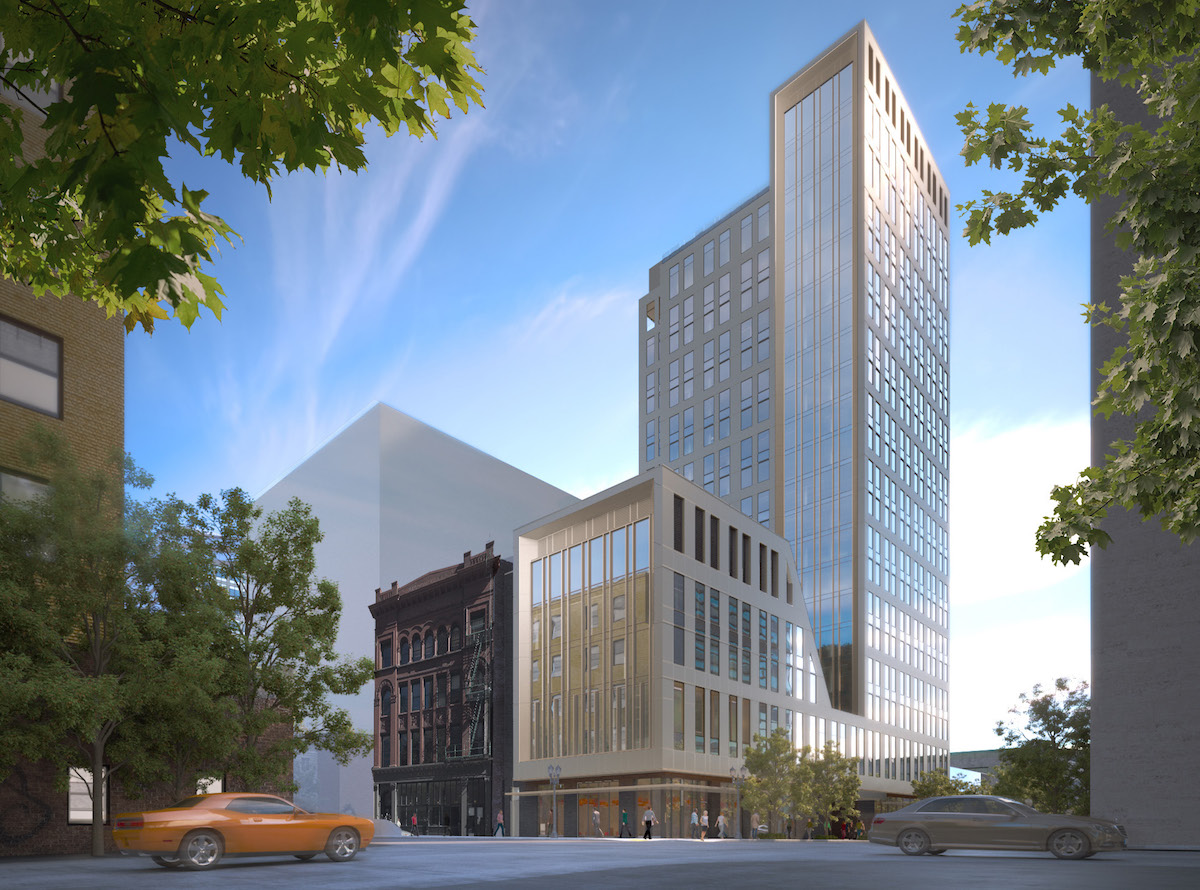 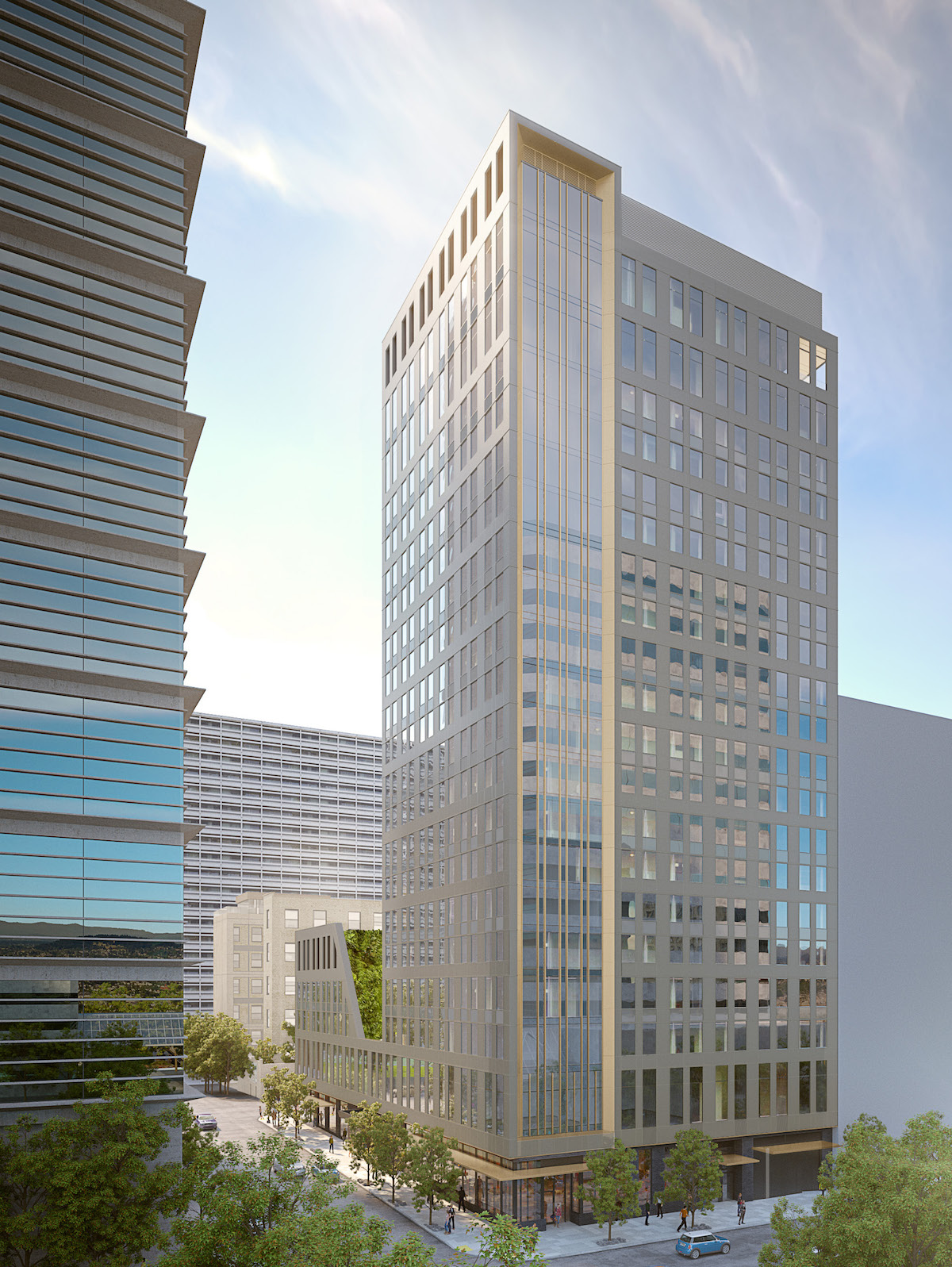 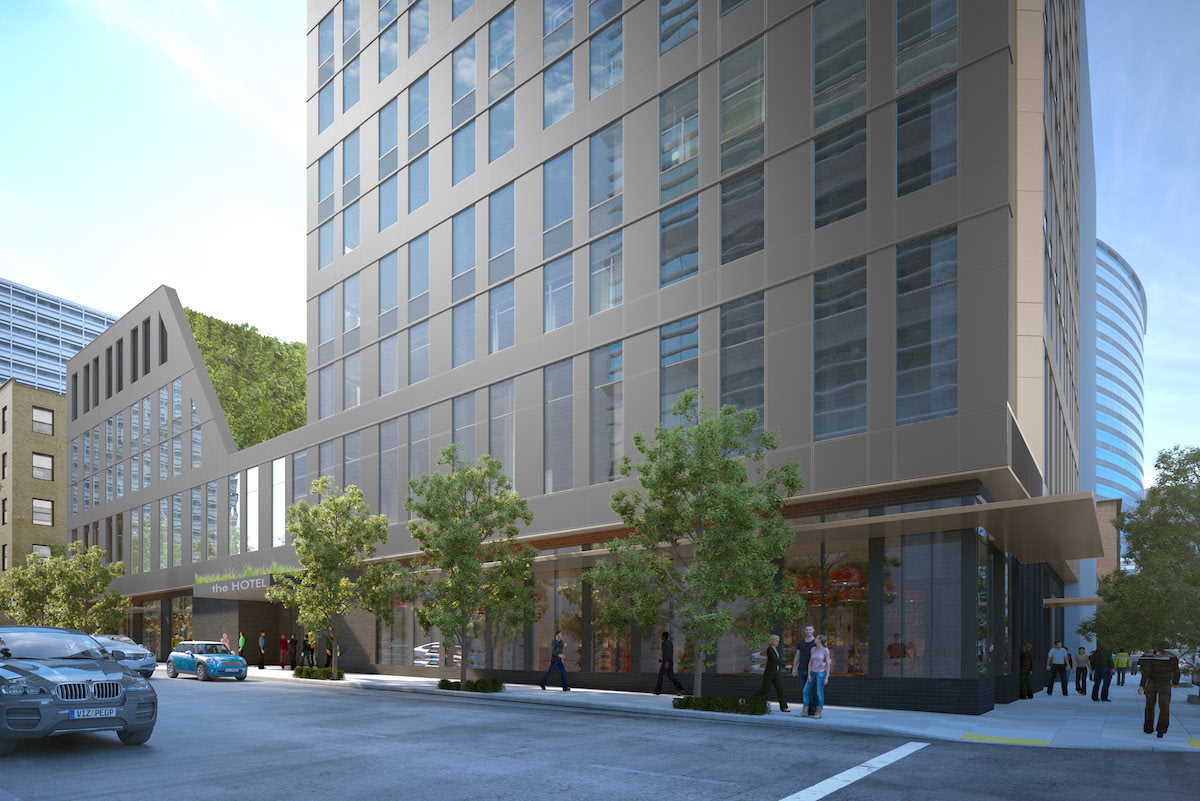 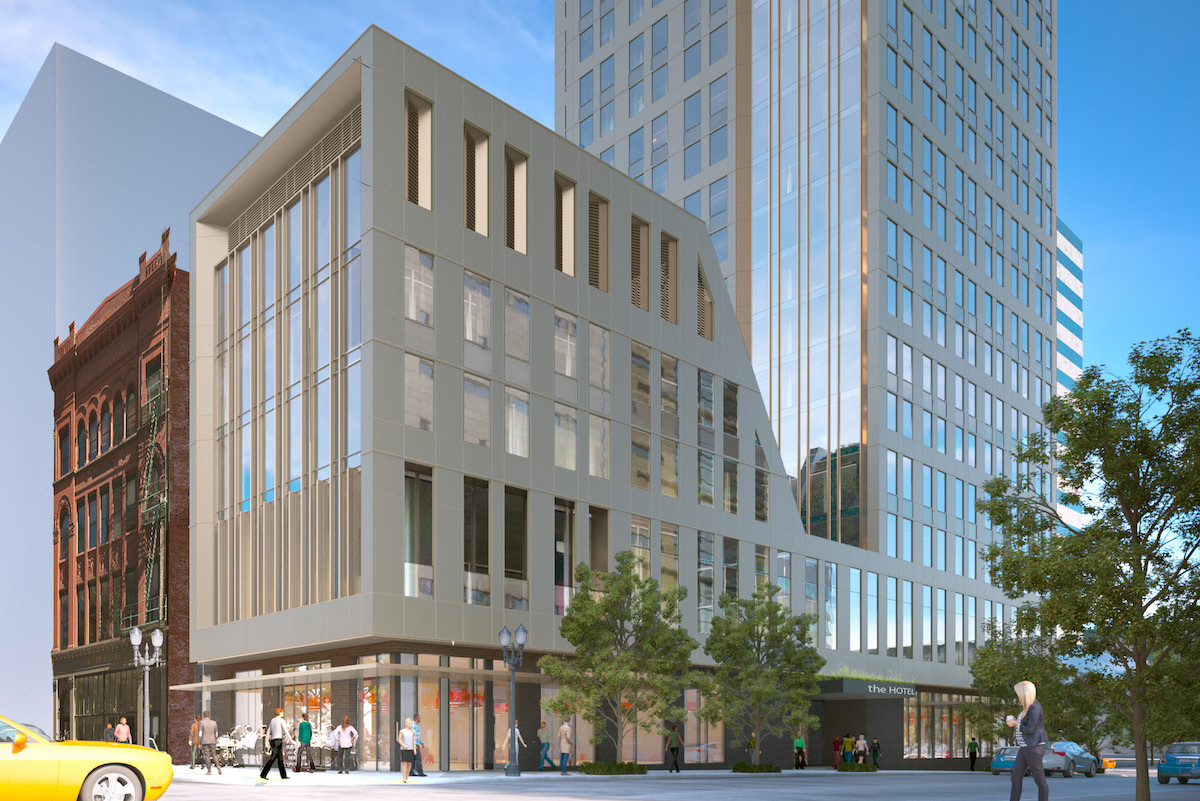 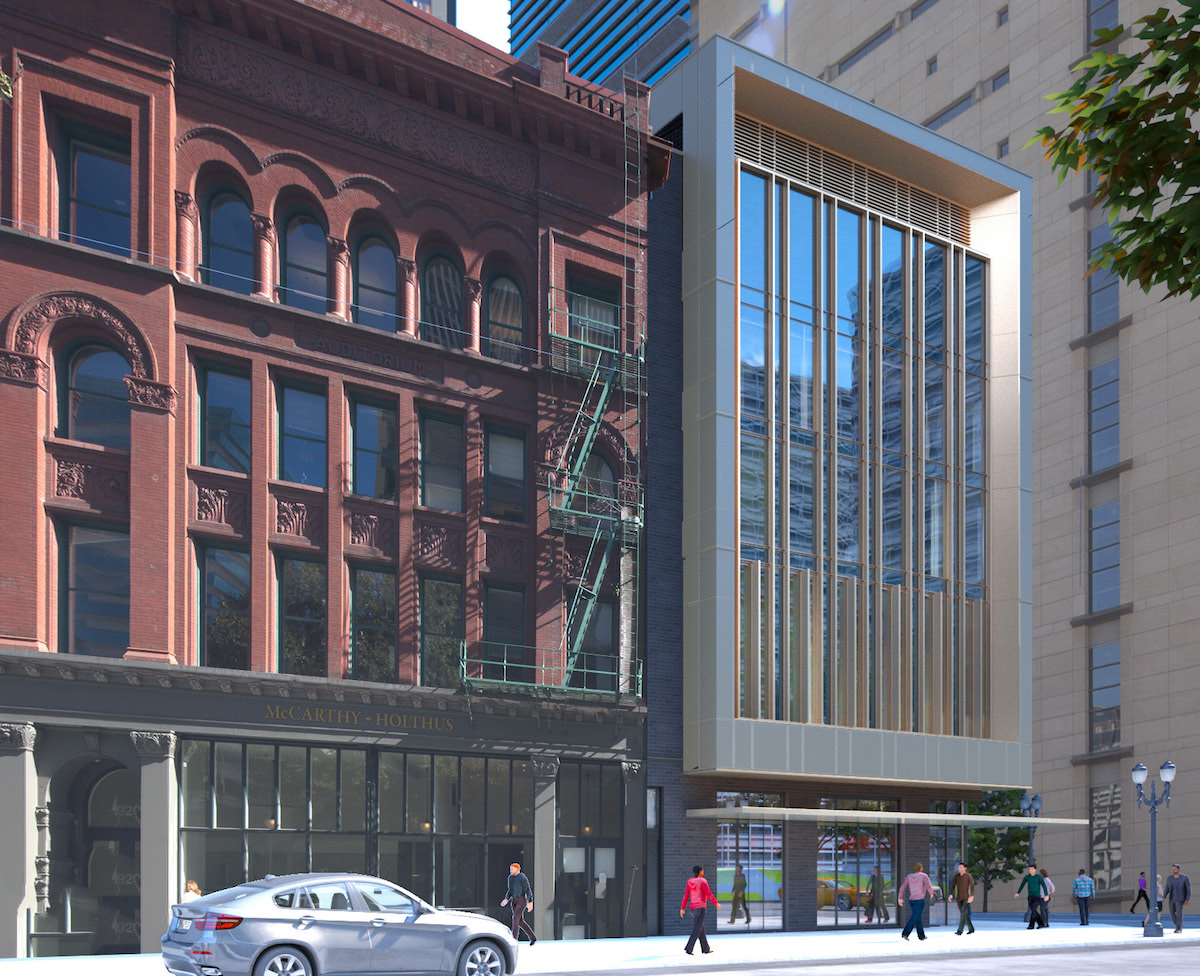 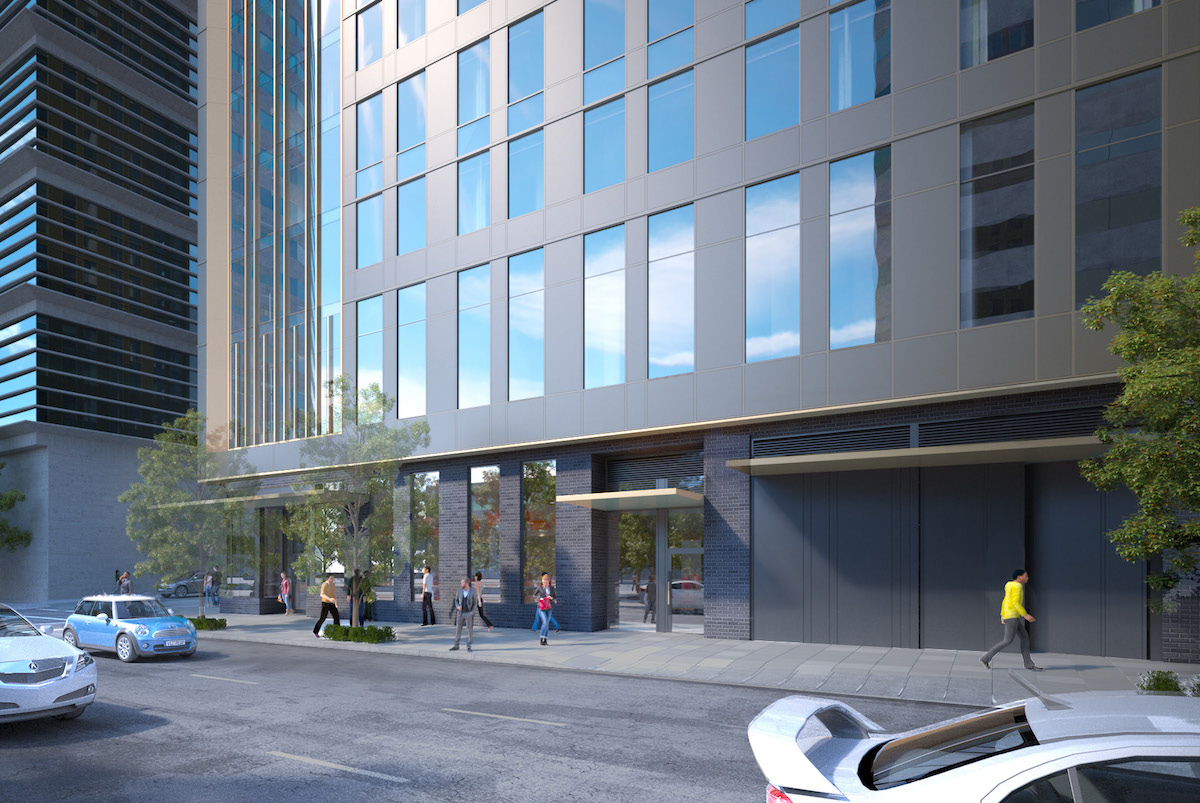 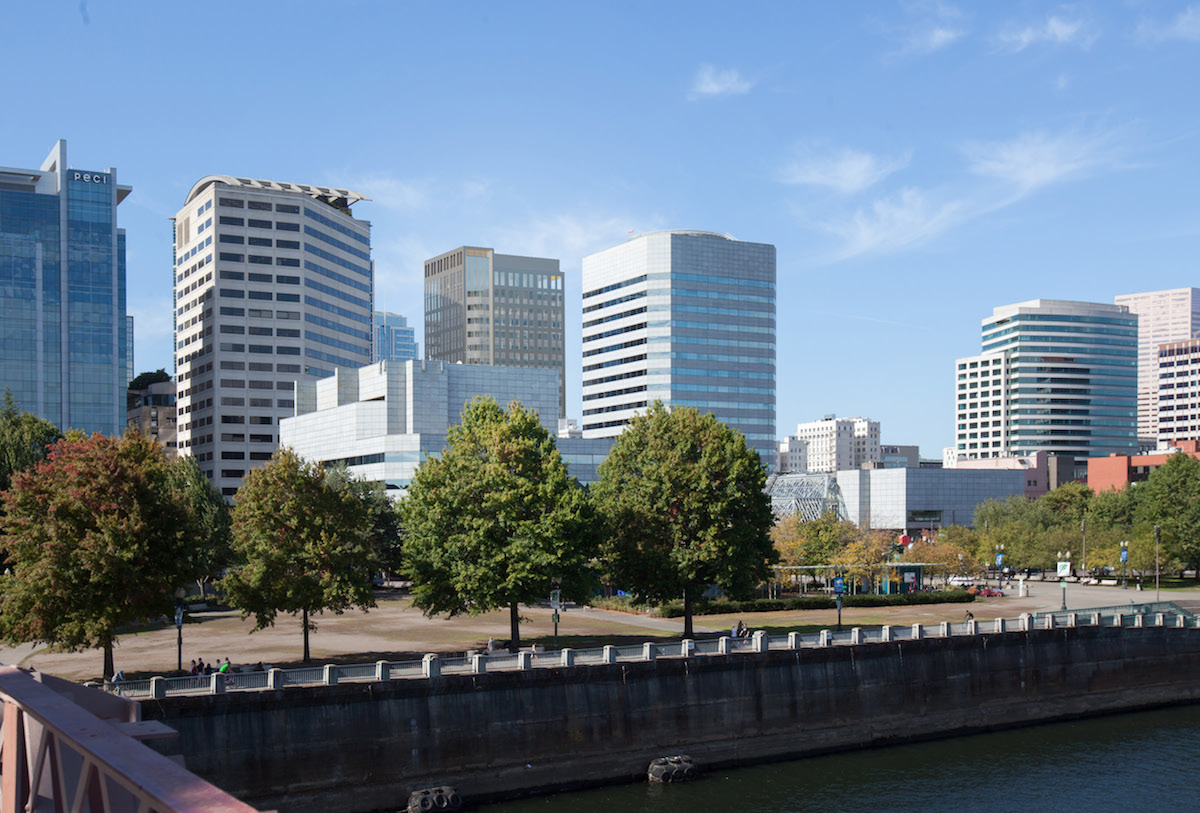 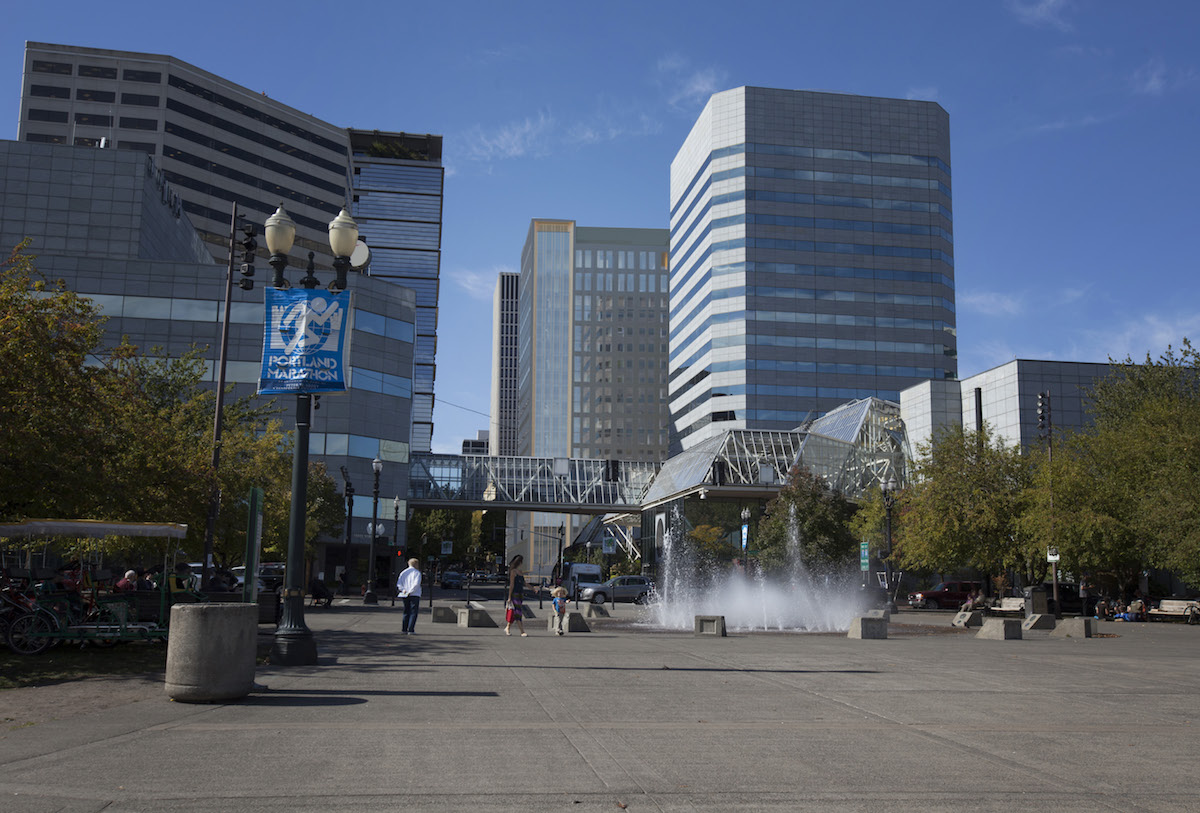 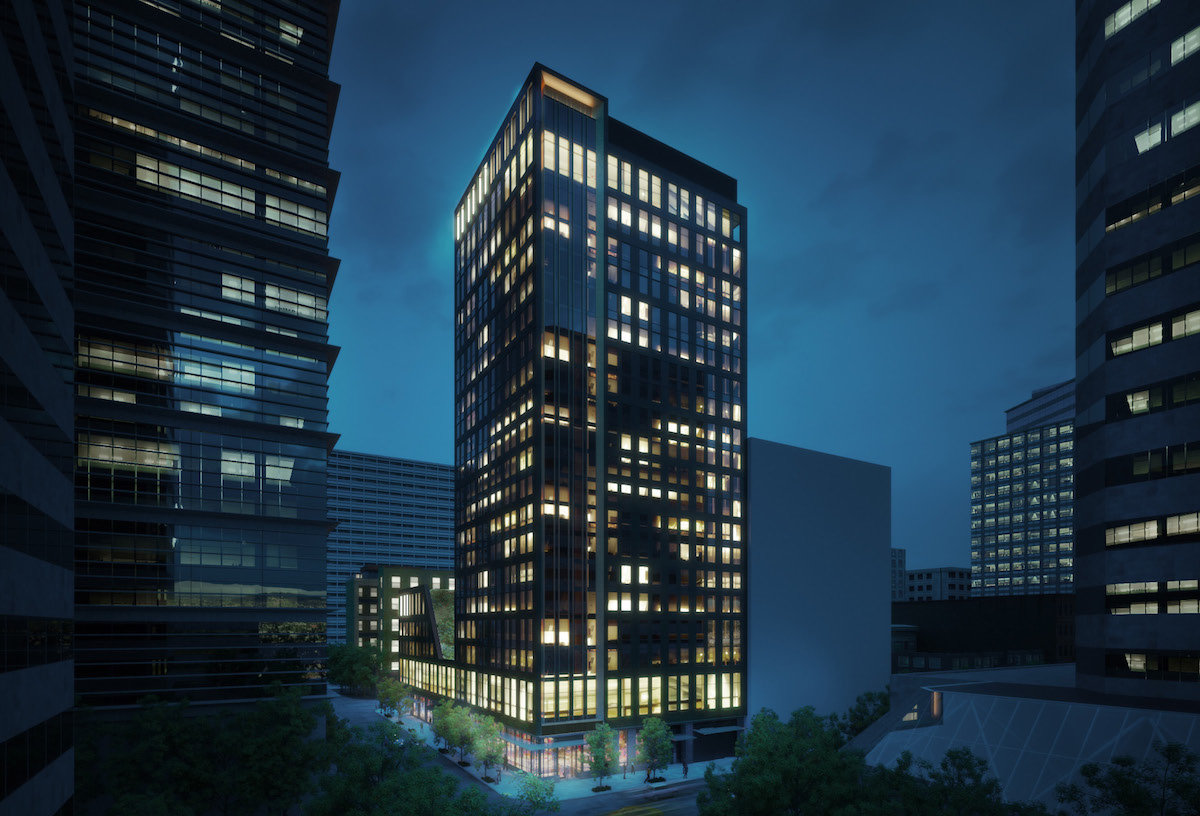 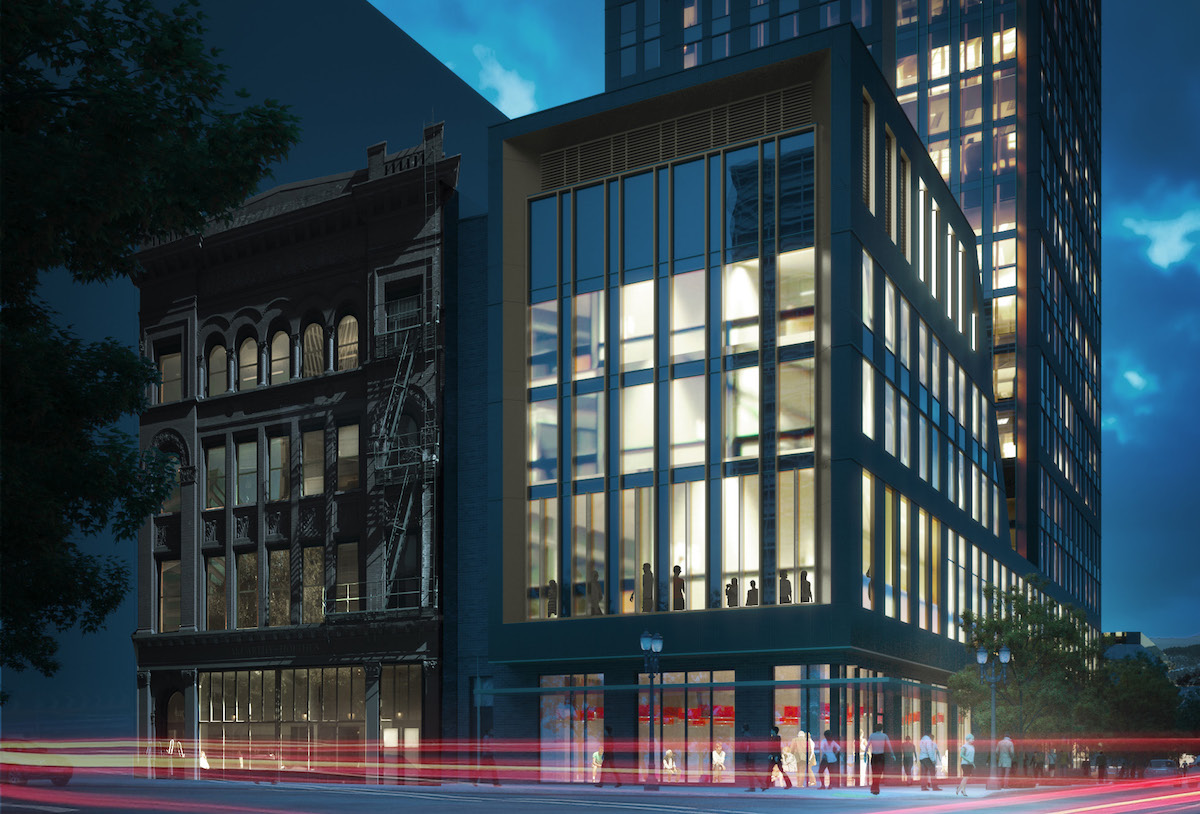 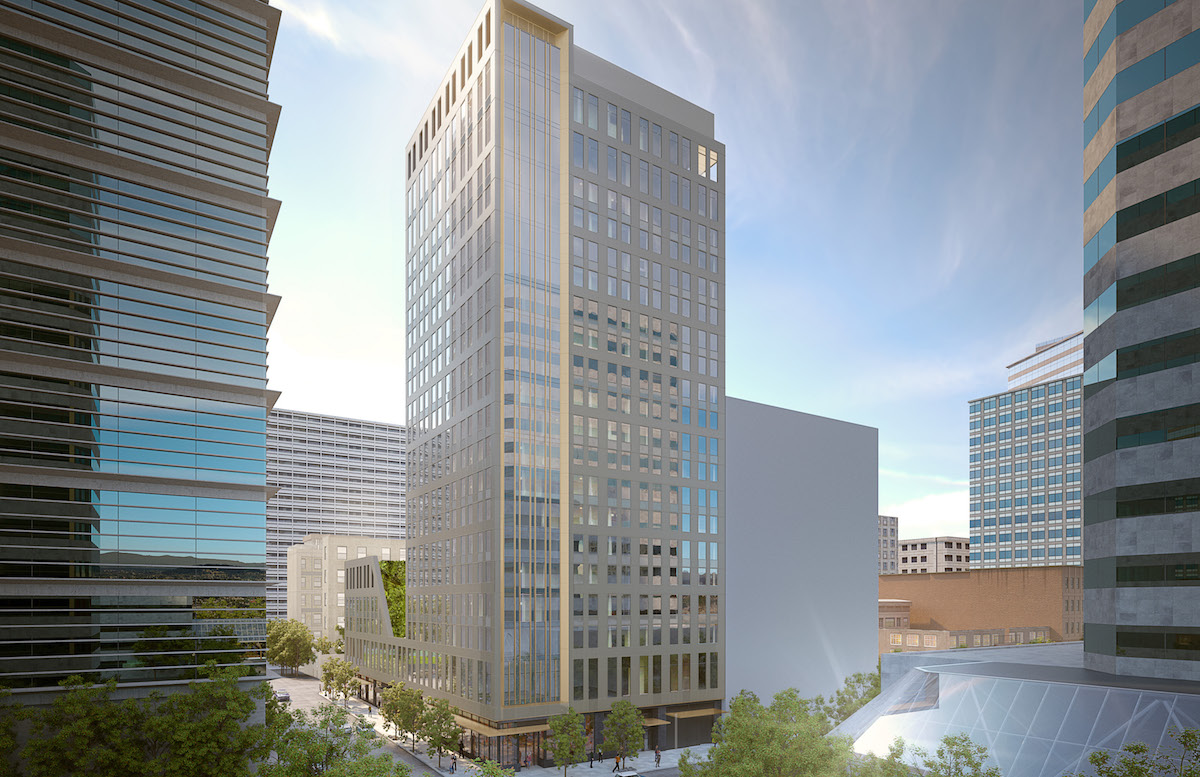 The design team has resolved the majority of the previously stated concerns. The proposed building has resolved staff’s major ground level concerns by adjusting the northeast corner program and eliminating the request to reduce ground floor windows on the east façade. The building façade articulation has been simplified into two major expressions – the framed glazed curtain wall and the textured window wall. The design of the western volume is now more coherent and the reduction in mechanical louvers on the west façade will not detract from the Auditorium Building will ensure that the new building will not significantly detract from the Auditorium Building. The revised colors of the proposed building are now more compatible with the adjacent Auditorium Building and the proposed shade of gray, which is significantly lighter in tone that that proposed in the second version, is not so dark that it will overwhelm the skyline.

Building permits will need to be obtained before work can begin on the hotel. 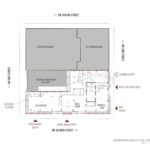 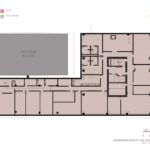 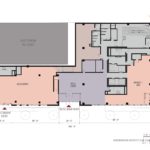 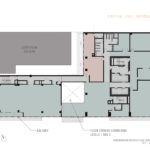 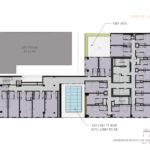 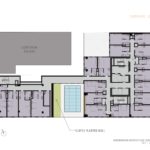 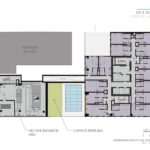 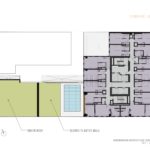 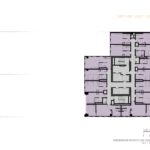 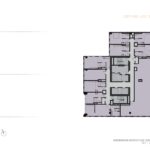 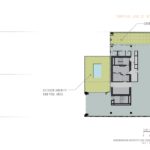 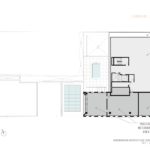 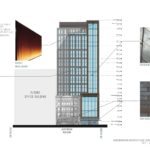 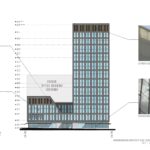 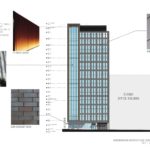 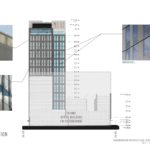 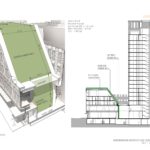