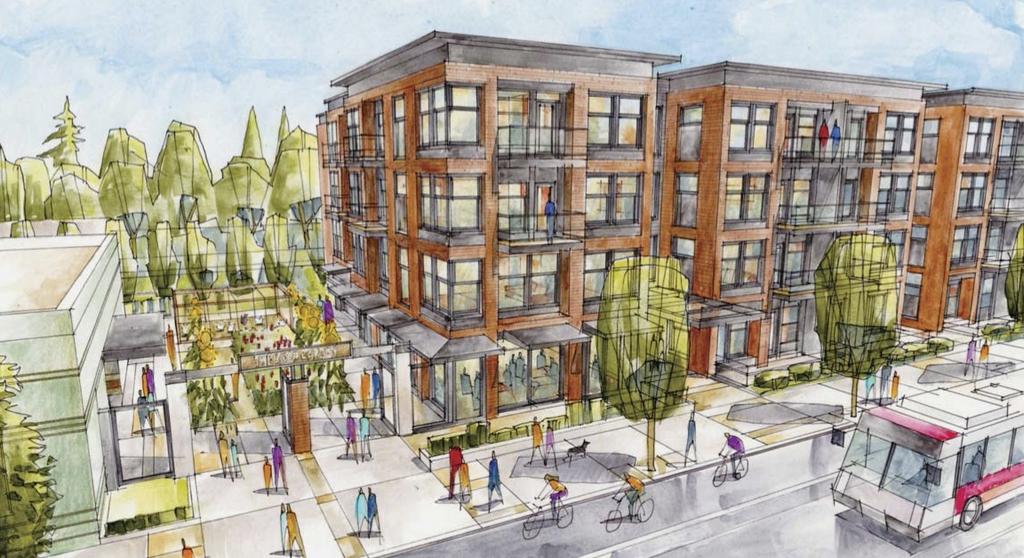 N Williams Center will offer 61 units of affordable housing, with priority given to “longtime residents and those who have been displaced in the neighborhood”

The DJC reported* on how development fees are stacking in Portland, potentially affecting the viability of projects currently in development.

After two Design Advice Request hearings earlier in the year, Ankrom Moisan Architects’ 1430 NW Glisan has now been submitted for Design Review. The Business Tribune took a look at how the building has evolved.

The Portland Business Journal covered the 64 apartments about to go up on the site of the former Macadam’s Bar & Grill at 5833 SW Macadam.

With a Pre-Application Conference scheduled for development on the Prometheus Property in South Waterfront—which could include 4 buildings, of 200 to 300 apartments units in each—BikePortland wrote that the “dominoes keep falling for a continuous river path in South Waterfront“.

The Portland Business Journal wrote that the affordable housing development N. Williams Center will include 61 units, with a mix that includes “one-, two- and three-bedroom units, as well as a children’s area, gathering spaces, community gardens and a chicken coop.”

The Oregonian reported on the shortlist for the new director of the Portland Development Commission.

With development exploding in and around the Con-way Masterplan area, the Portland Business Journal took a look at completed and planned buildings at the far end of the Northwest District, including the LL Hawkins, Q21, Leland James Building and Blocks 294E and 295E.

The Oregonian wrote about how a conflict-of-interest probe marks the “latest chapter in Yard building saga”.