A proposed co-housing development in Northwest Portland has gone before the Historic Landmarks Commission to receive Design Advice. The project design is by Works Progress Architecture (until recently known as Works Partnership), and would include 21 dwelling units at the upper levels, with common amenity spaces for the building’s residents at the ground floor.

The project site is immediately to the east of an existing mixed use building at 404 NW 23rd Ave, that houses Kitchen Kaboodle. The site is currently used as surface parking serving the building. Although the new building would not be required to provide parking under today’s zoning code, the redevelopment is required to continue to provide the parking for the building to the east, imposed as a condition of a zone change in the 1980s. The project is located in the Alphabet Historic District, and is therefore subject to review by the Historic Landmarks Commission.

As described by Bureau of Development Services Staff in a memo to the Landmarks Commission the four story building is a “very contemporary interpretation of historic multidwelling development in the Alphabet Historic District. The rounded bays combine the traditional bay window typology found on some multi dwelling buildings within the district and the rounded bays and turrets found on some, large single dwelling buildings in the district.” The primary material proposed for the building would be cedar shingles, with storefront glazing at the ground floor.

At the October 24th advisory hearing the Landmarks Commission was generally supportive of the building, including in its massing and contemporary interpretation of historic precedents. Discussion items included whether the offset windows should align vertically, in order to calm the facade and provide more of a reference to traditional fenestration patterns. A further area of discussion concerned the ground floor of the building, which was described as reading as though it had a retail program despite the lack of non-residential uses.

In order to gain approval the project will be required to go through a Type III Historic Resource Review with public hearings before the Landmarks Commission. 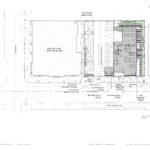 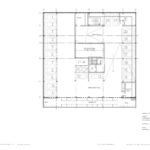 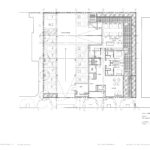 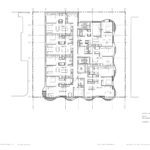 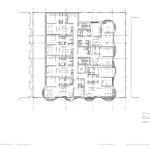 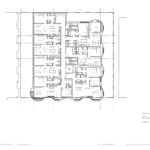 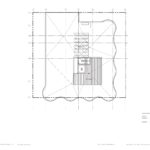 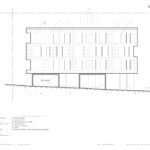 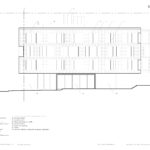 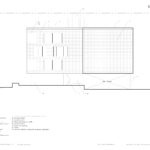 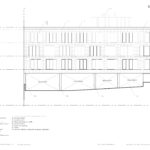