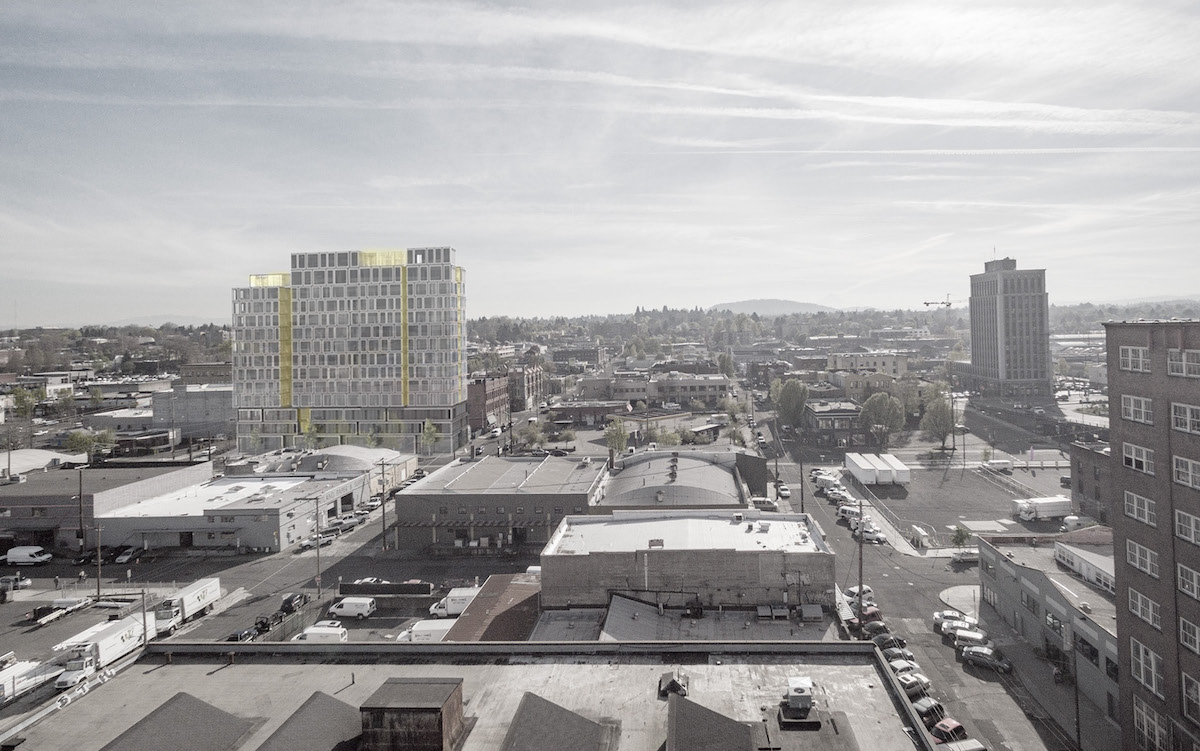 The site for the proposed building is the western half of the block bound by SE Stark St, Grand Ave, Washington St and Martin Luther King Jr Ave. The eastern half of the block is located in the East Portland Grand Avenue Historic District. The 1897 Chamberlain Hotel building, located at the northeast corner of the block, is a contributing structure in the historic district. The building formerly housed Shleifer Furniture, which announced it was closing in 2015. The 1892 New Logus Block building is located at the southeast corner of the block, and is not part of the development. It is both a contributing resource in the district and individually listed on the National Register of Historic Places.

The building will include two retail spaces at the ground level. Hotel rooms are proposed at levels 2, 3 and 12, with hotel amenities at level 13. Residential units will be located at levels 4 to 11. Two levels of below grade parking are planned. Long term parking for 139 bikes will be provided. 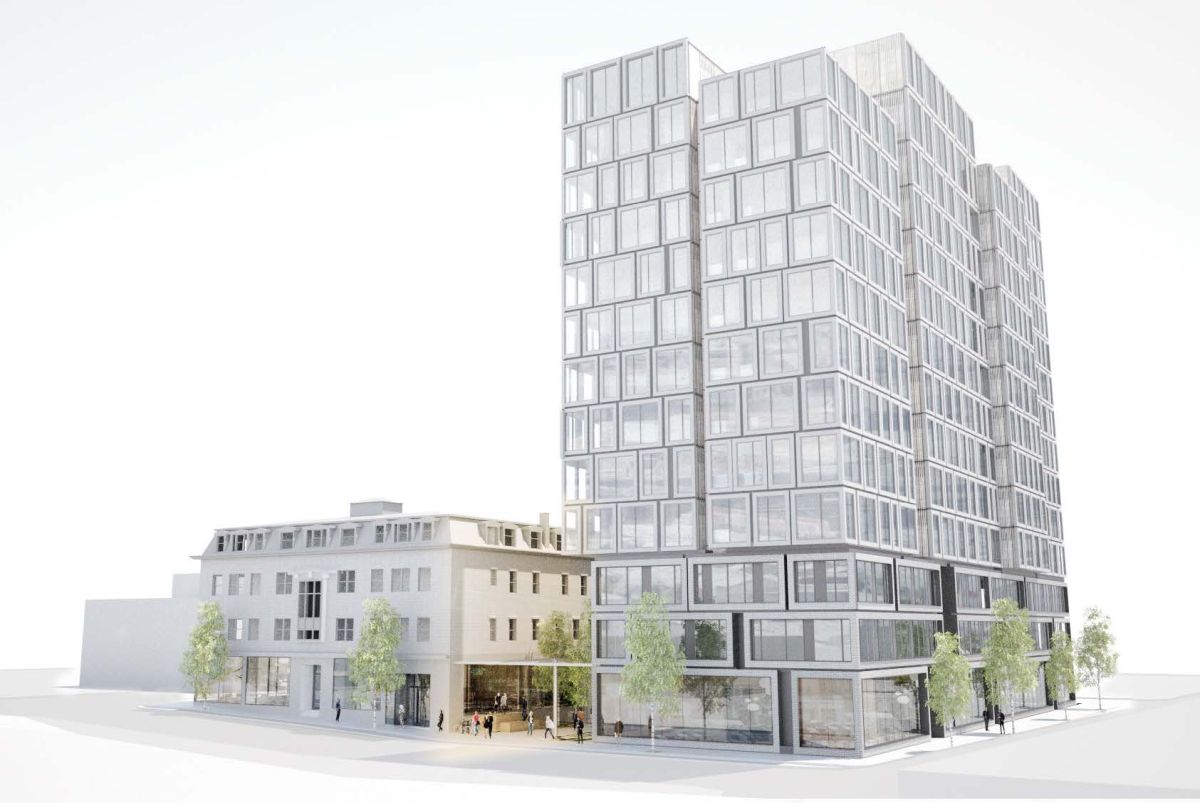 The approximately 70′ wide tower is pulled away from the historic buildings, which allows it to be glazed on all sides. In between the tower and the Hotel Chamberlain building a new roofed courtyard is proposed. 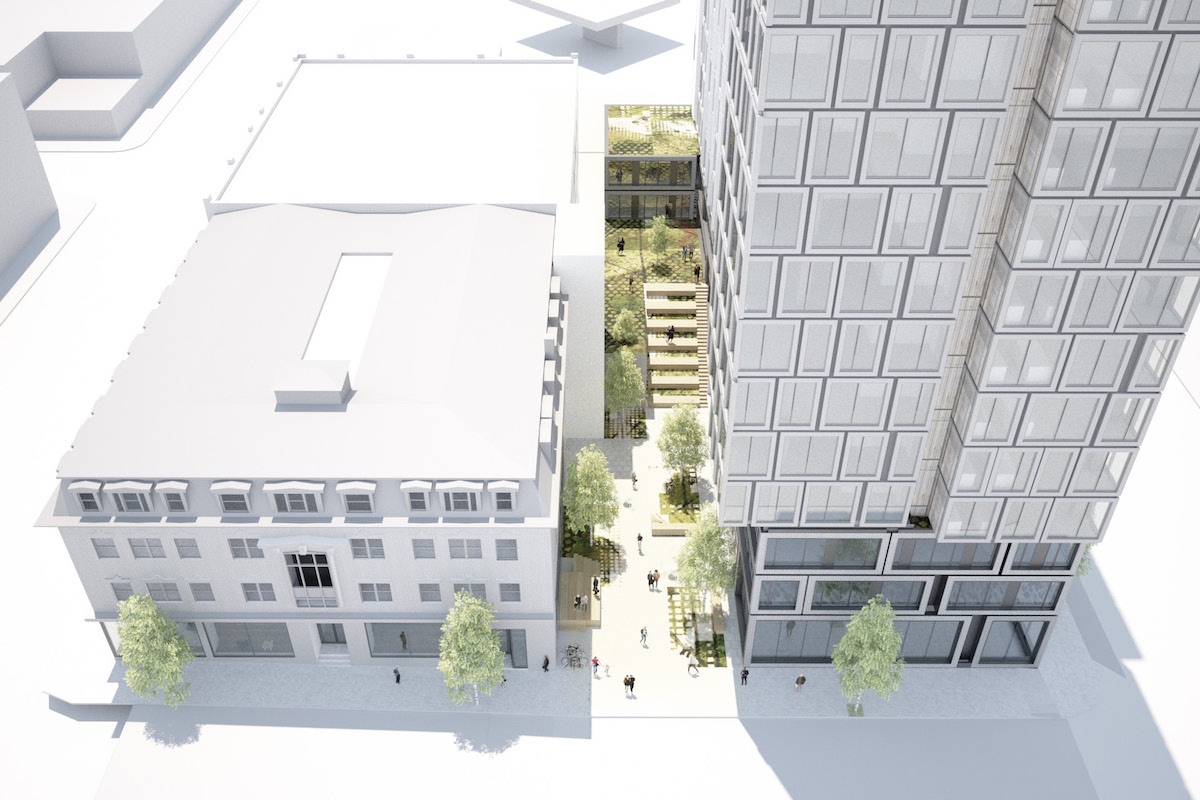 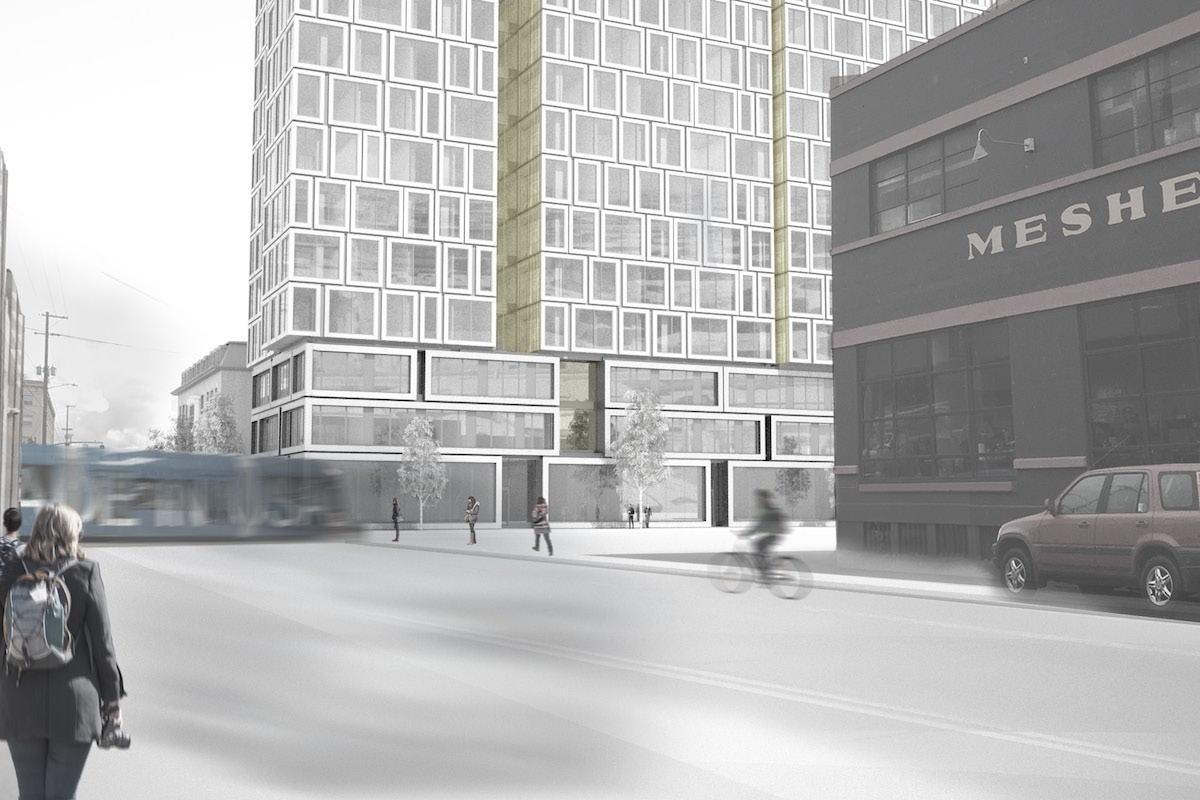 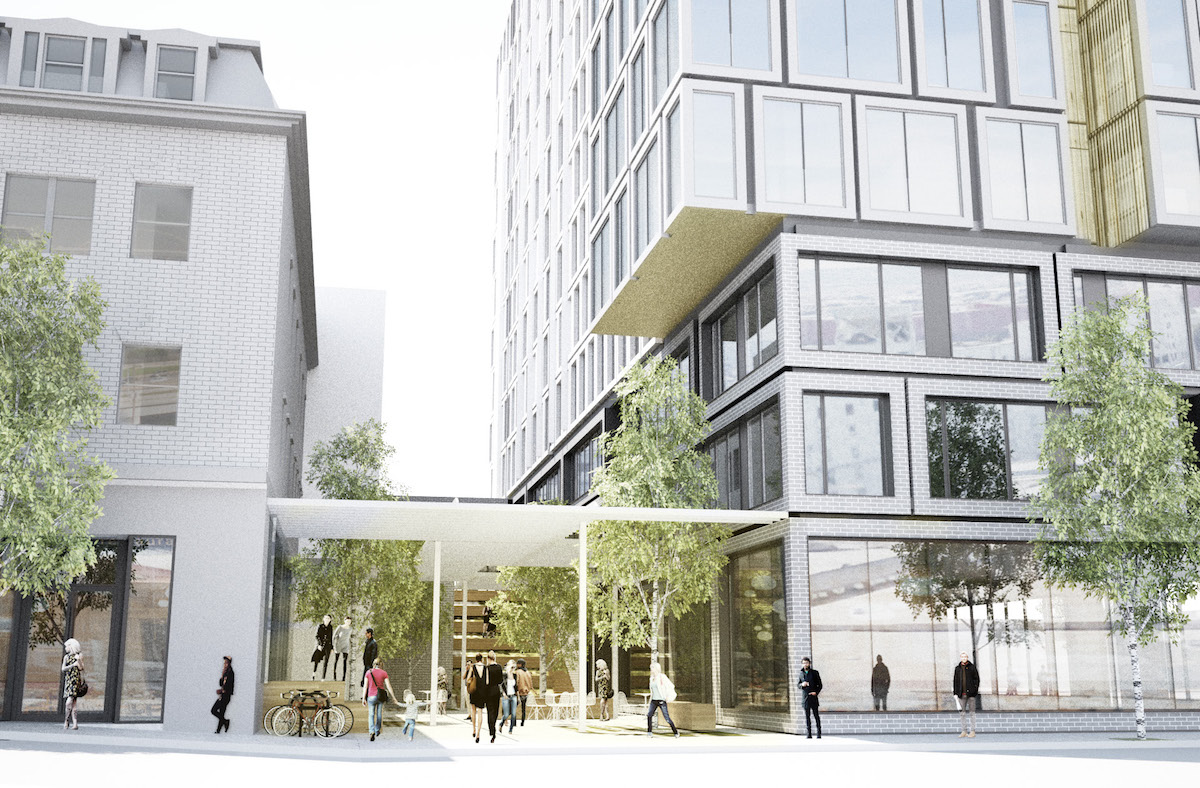 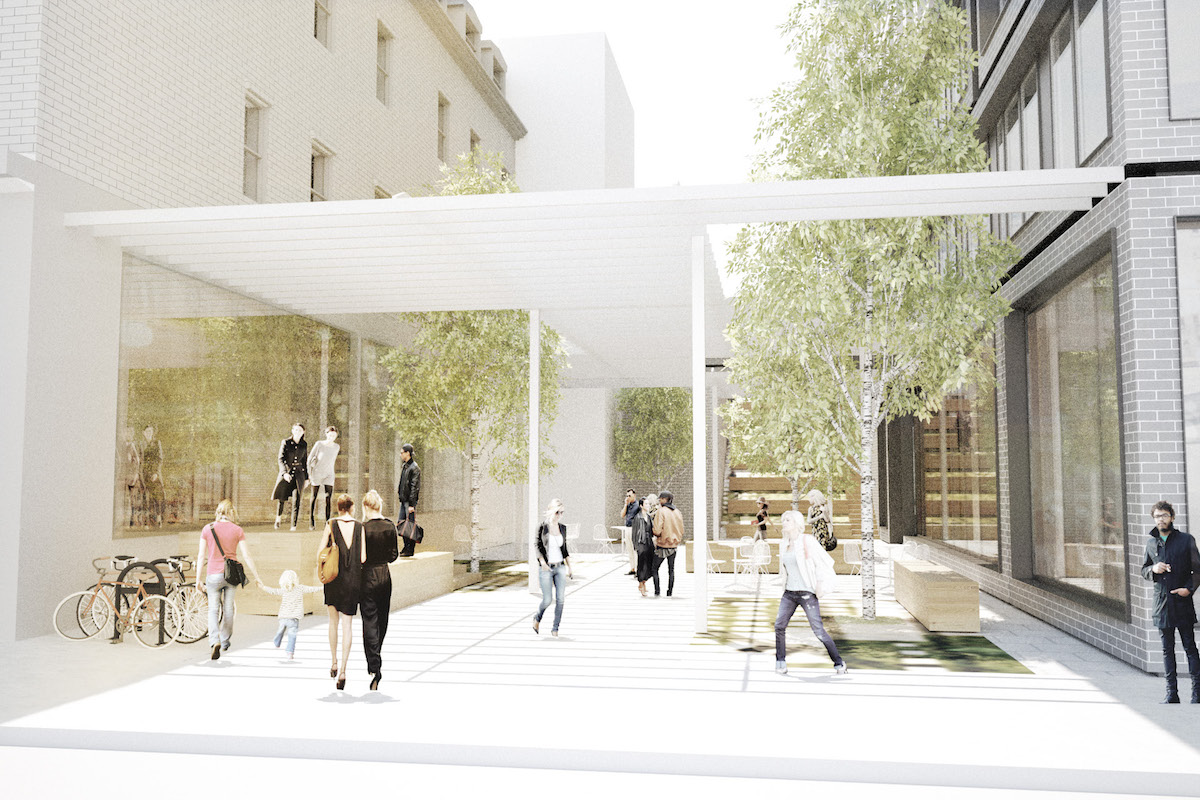 A memo to the Design Commission, published before the December 22nd advisory hearing, outlined potential areas discussion. These included: the Massing, Scale and Design Character, including the relationship between the new tower and the adjacent buildings; the ground floor program; materials, which were not yet indicated; and integration of mechanical systems into the design. The project generally received a warm reaction from the Commission. During the hearing Commissioner Livingston offered her thoughts on the issues raised by Staff:

I think it’s great that you’ve pulled away from the historic structures…. The height is okay with me. I have no issues with the height of the building or the massing generally; I think it’s all the right move. Ground floor: the courtyard on Stark is very nice. It’s well located, it has great access to sun, and I think it does a really nice job of weaving together, as you were talking, the old and the new structures. That has the potential to be a really active, phenomenal, urban space. I do think you need to be careful on Washington: you’ve got to meet the ground floor window standards, and have an active street front there as well. Acknowledging that you haven’t addressed weather protection at all, these [historic] buildings right now have a really strong thing going on, and my guess is that it’s going to change as you move through the renovation. Whatever happens, that might be the thing that is treated… there should be something very compatible happening between the new building and the old building. Even though you’ve got a strong acknowledgment of that third story, that’s pretty thin. It’s a pretty thin tie to the historic structure, and it’s not just a matter of having shared program: it would be nice to have a little more carry over somehow. And maybe that weather protection, and I’m not using the word “canopy” intentionally, is a way to make that happen.

In order to gain approval the new tower will be required to go through a Type III Design Review, with public hearings before the Design Commission. A separate Type II Historic Resource Review will be submitted for any exterior modifications to the Hotel Chamberlain building. 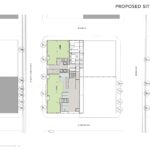 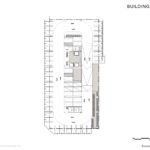 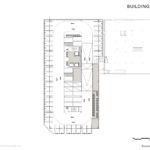 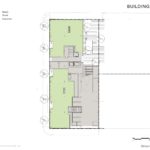 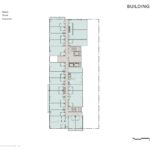 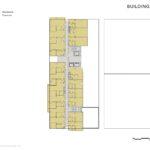 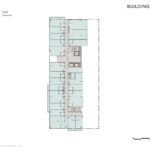 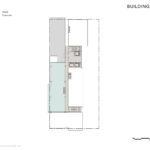 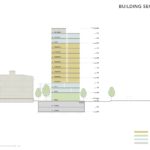 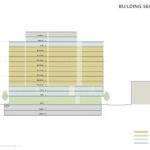 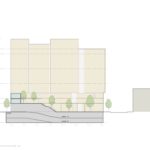