The City Council will this week vote on whether to approve a re-zoning for the MAC Block 7 apartments. (EDIT: the council heard evidence, and decided to continue discussion on January 8th. No vote was taken.) The project is a multi-story building with up to 280 apartments and 420 parking spaces.  The change from High Density Multi-Dwelling (RHd) to the Central Commercial (CXd) is required to allow 225 parking spaces to be used as commercial parking for the Multnomah Athletic Club. Commercial parking is not allowed in a residential zone. The project will also include 16 studio apartments for the short term use of MAC members and guests. These are classed as a Retail Sales and Service Use, and are also prohibited in a residential zone. The apartments and associated resident parking would be allowed in either zone. The developer is Mill Creek Residential Trust and the architects are Ankrom Moisan. 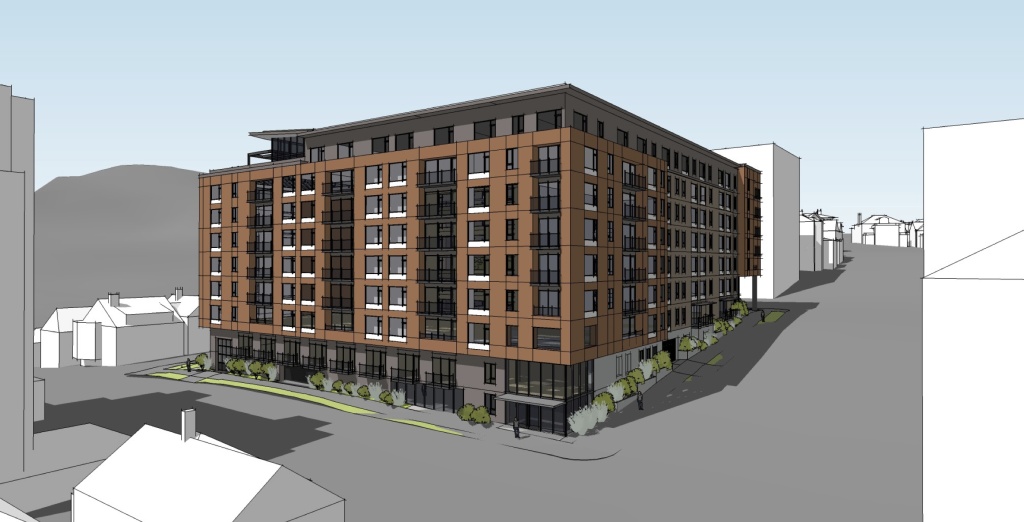 Perspective presented during Design Advice in 2013

In a city where projects are often criticized for not having enough parking, opposition to this project has centered on there being too much parking. Other concerns raised by Goose Hollows neighbors include the loss of open space and the risks of landslides during construction. 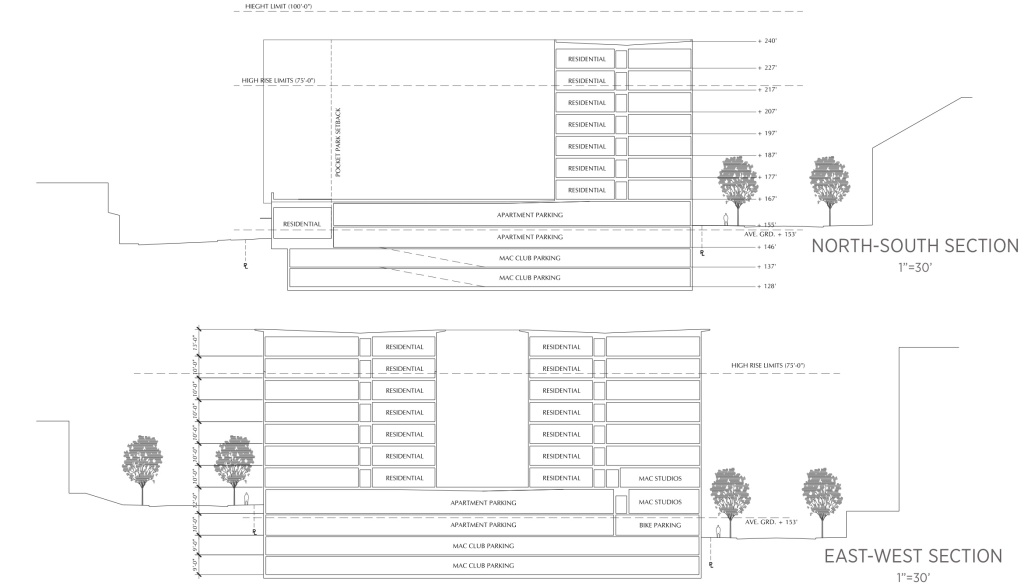 The project will have 4 levels of parking, partially below grade, and 7 levels of apartments

The currently vacant site is bounded by SW 20th, 19th Avenues and SW Main and Madison Streets. The site was originally developed with houses, which were torn down by the MAC to build a surface parking lot. The site has been landscaped since the 1980s, when the club’s present parking garage was built.

The council will hear evidence at 2pm on December 4th. If approved, the project will be required to go through a Central City Parking Review and a Type III Design Review.