Three Design Advice Request hearings have now been held for Oregon Square, the massive mixed use development proposed for the Lloyd District by American Assets Trust, GBD Architects and Place Studio. The overall concept for the development has remained consistent since the initial Design Advice Request hearing held in January. The second and third sessions focused on the design of the individual buildings, and on refining the landscape concept. 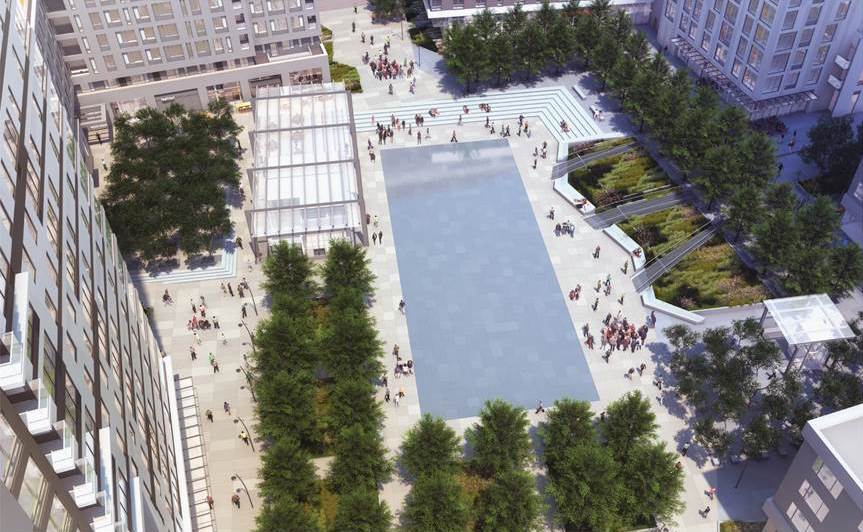 The central plaza at Oregon Square is being designed to accommodate a range of uses, including active and passive recreation, cultural events, dog walking, outdoor markets and children’s play. At its center is a reflecting pool, which can be turned off during large events. Surroudning this are a stormwater garden, a tree allee, an enclosed glass canopy, a stormwater garden and a Natural Organic Recycle Machine (NORM) blackwater recycling system. 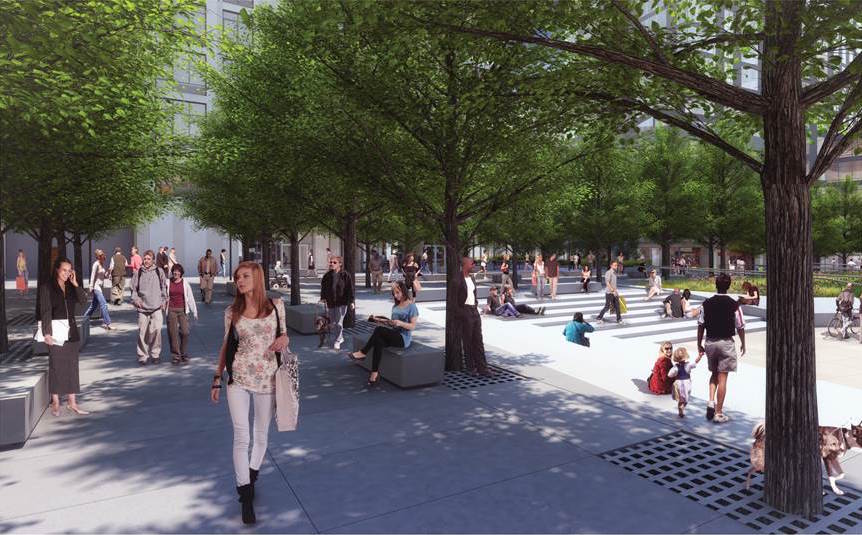 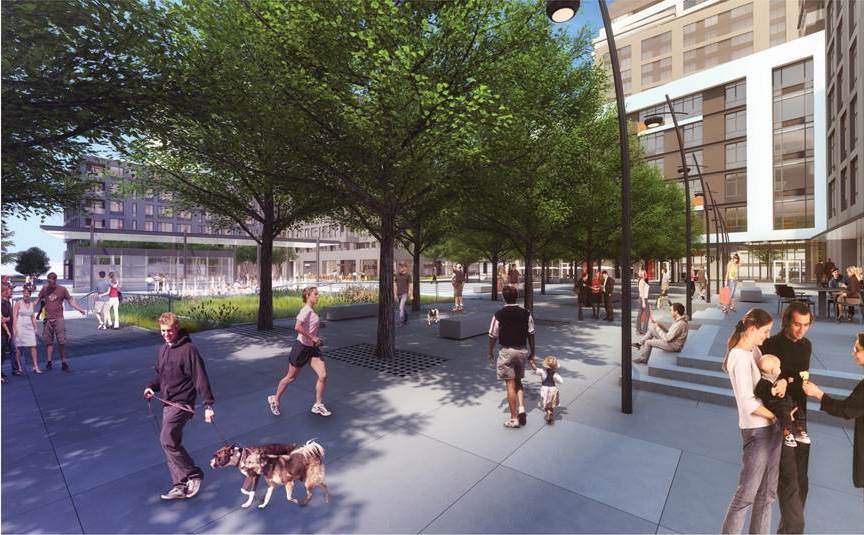 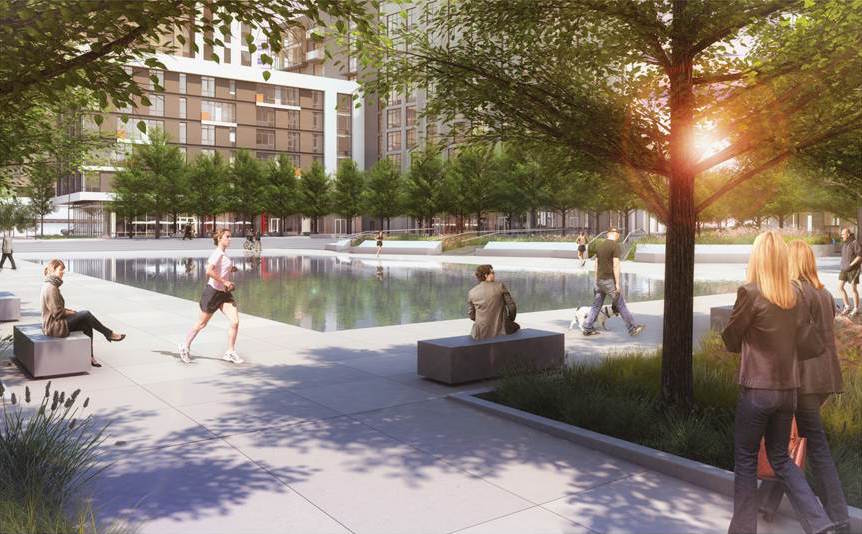 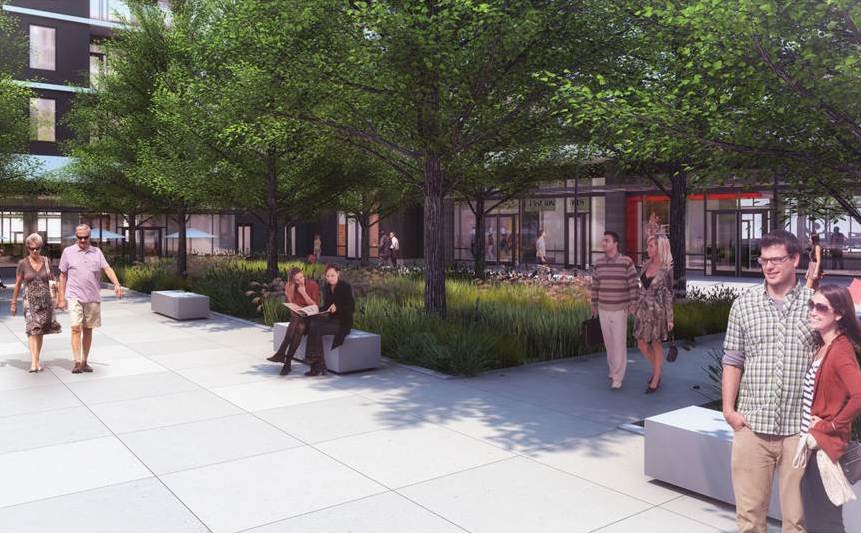 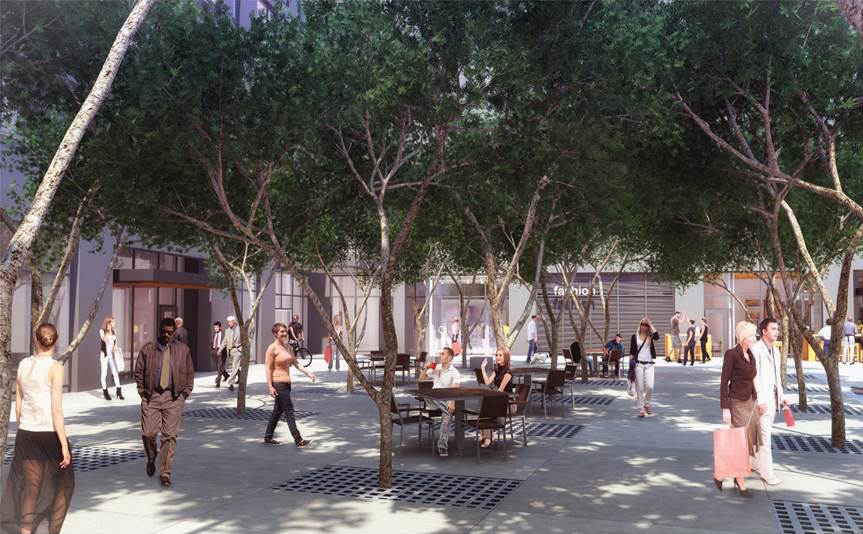 The proposed square will be surrounded by four L-shaped buildings. Together these will include 904 for rent housing units, 55,514 sq ft of retail space and 745 below grade parking stalls. The buildings vary in height from 11 floors to 29, with the tallest buildings placed on the south side of the square. The decision to locate the taller buildings there is partly due to the desire to avoid placing them too close to existing tall buildings, and partly to terminate the axis of the newly created pedestrian spine along NE 8th Ave. Though broadly supportive of the project, the Design Commission has expressed some concern about the amount shadow this arrangement could create on the new square.

Block 91 is located at the northwest corner of the site. The 11 story building would have 151 apartments and ground floor retail. 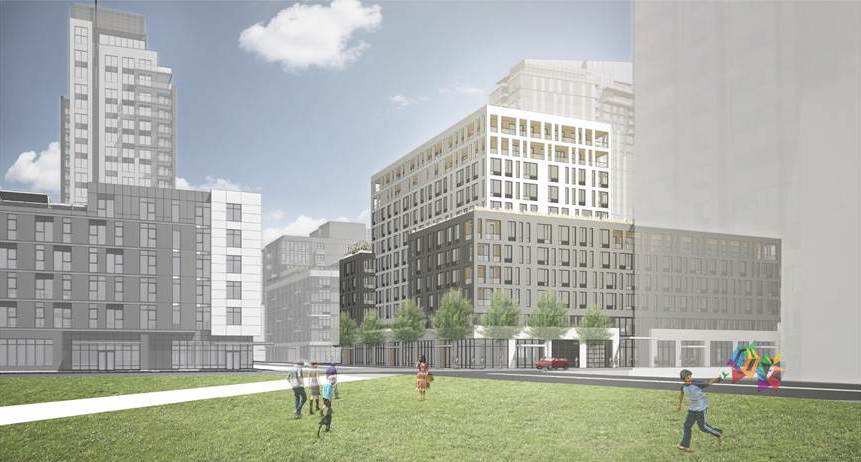 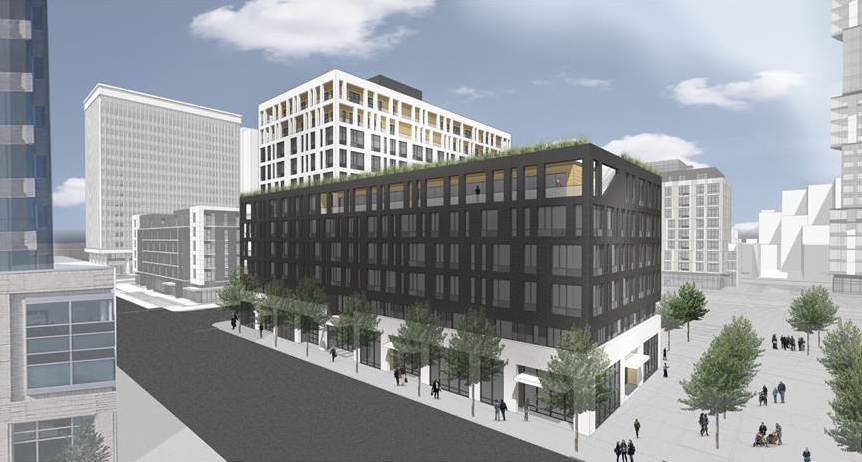 Block 102 is located at the northeast corner of the site. It would also rise to 11 floors, and would have 153 units above ground floor retail. 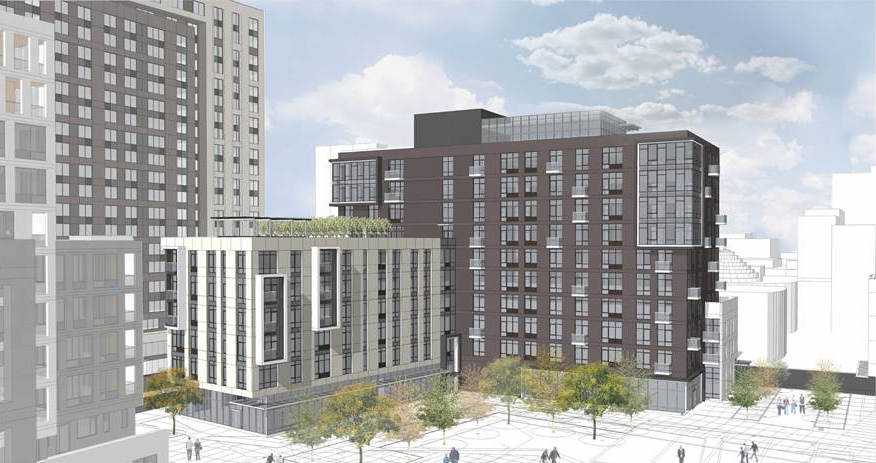 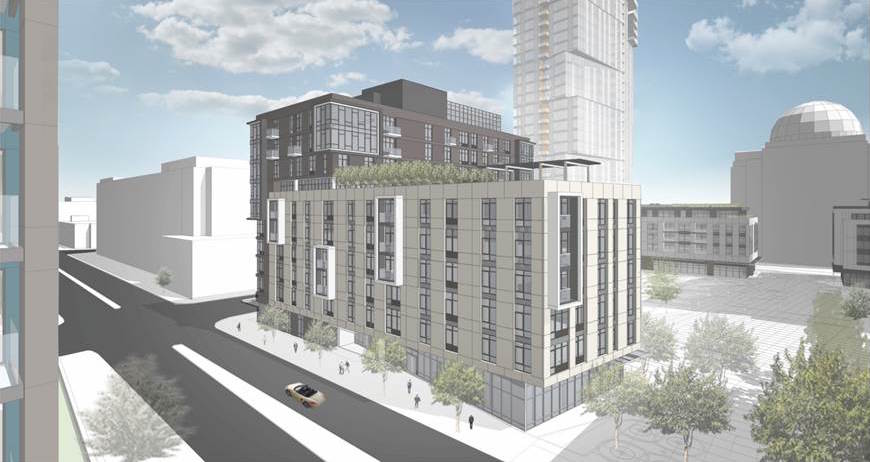 Block 103 would be the tallest building in the Oregon Square development, with 326 units above ground floor retail in a 29 story tower. It is located at the southeast corner of the site. 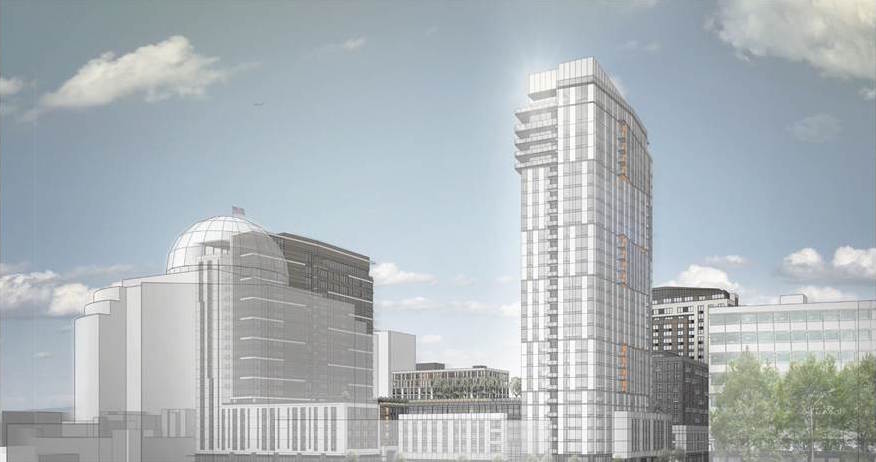 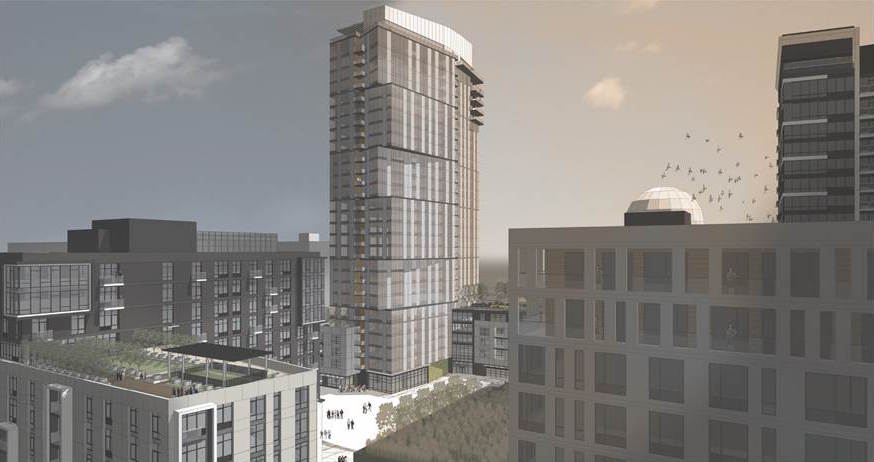 Block 90 would be the second tallest building in the project, with 274 units above ground floor retail in a 21 story building. 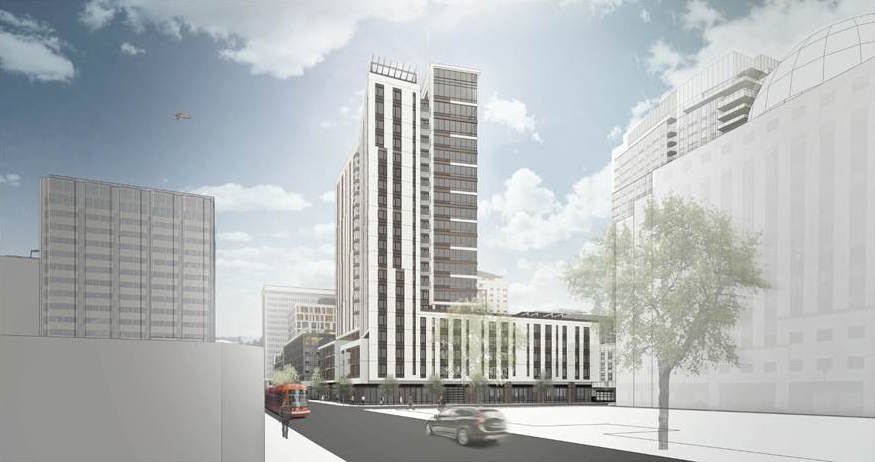 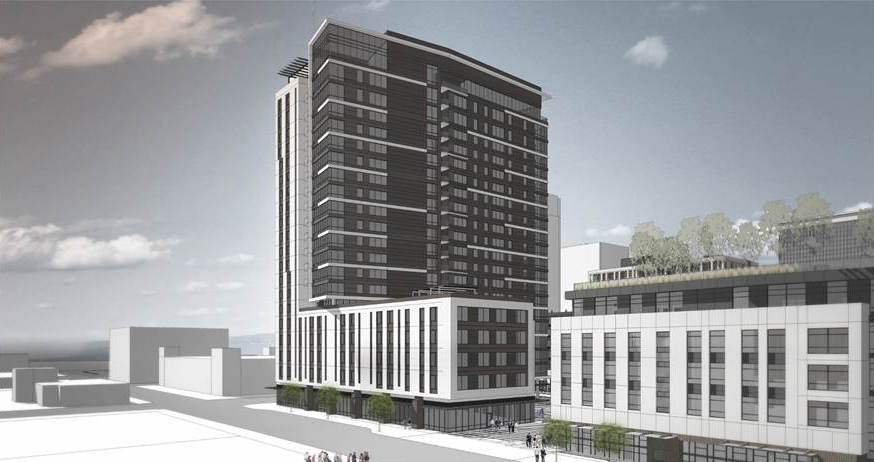 A full Design Review submission is expected later this year. Construction could begin in 2016. 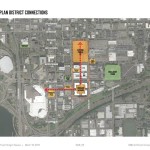 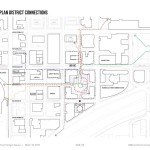 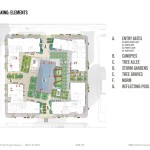 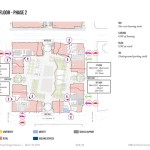 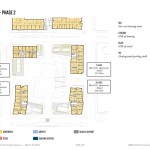 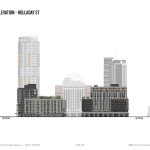 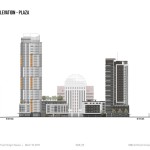 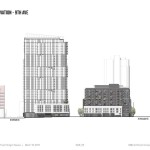 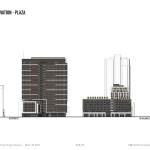 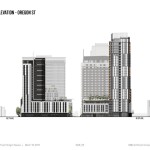 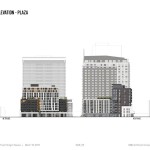 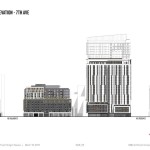 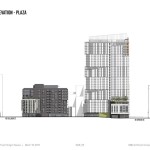