The Historic Landmarks Commission has offered Design Advice to for renovation and expansion of the Grove Hotel on W Burnside Street. Since the end of its use as a single room occupancy hotel in 2010 the Portland Development Commission has attempted to developer interested in renovating the building. In May of 2014 a team that includes Naito Development and Eagle Point Hotel Partners was chosen to develop the building as a boutique hotel. The architectural design is by Portland based Surround Architecture with New York based Studio Tack acting as design consultants. 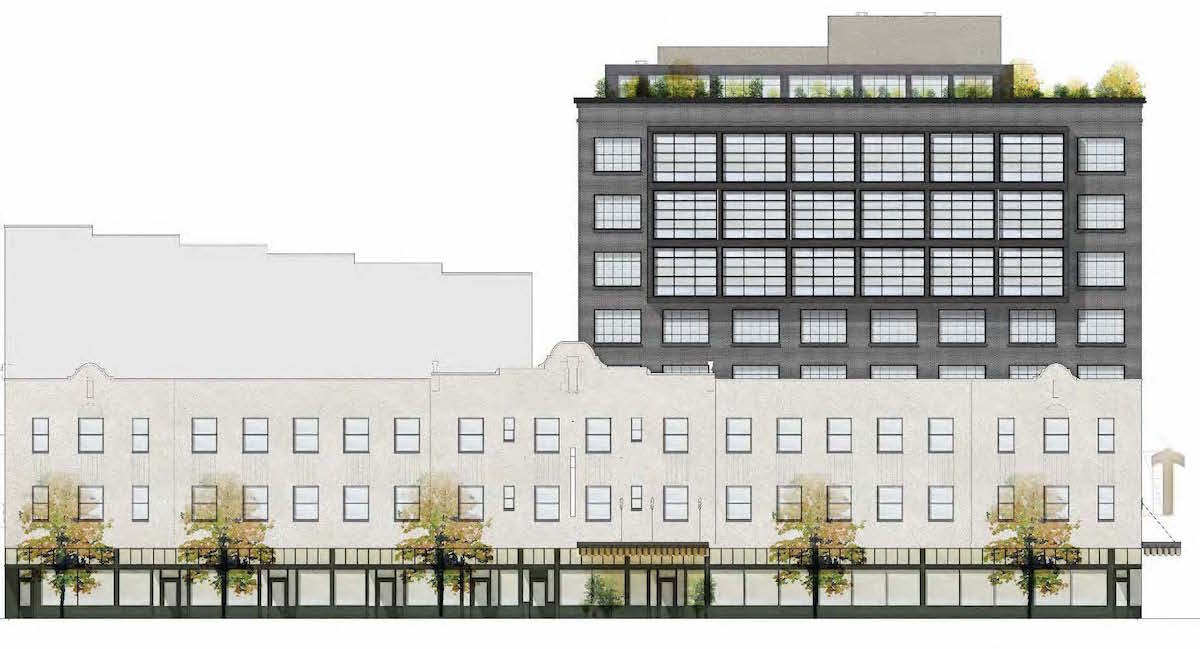 The hotel was originally built in 1906, as the Hotel Philip. A theater addition was built in 1920, facing NW 4th Ave. A fire in 1927 and the widening of W Burnside in the 1930 resulted in the removal 20′ from the front of the building, as well as the demolition of the 50′ tall fly tower on the theater. The current Mediterranean style facade seen today dates from then. 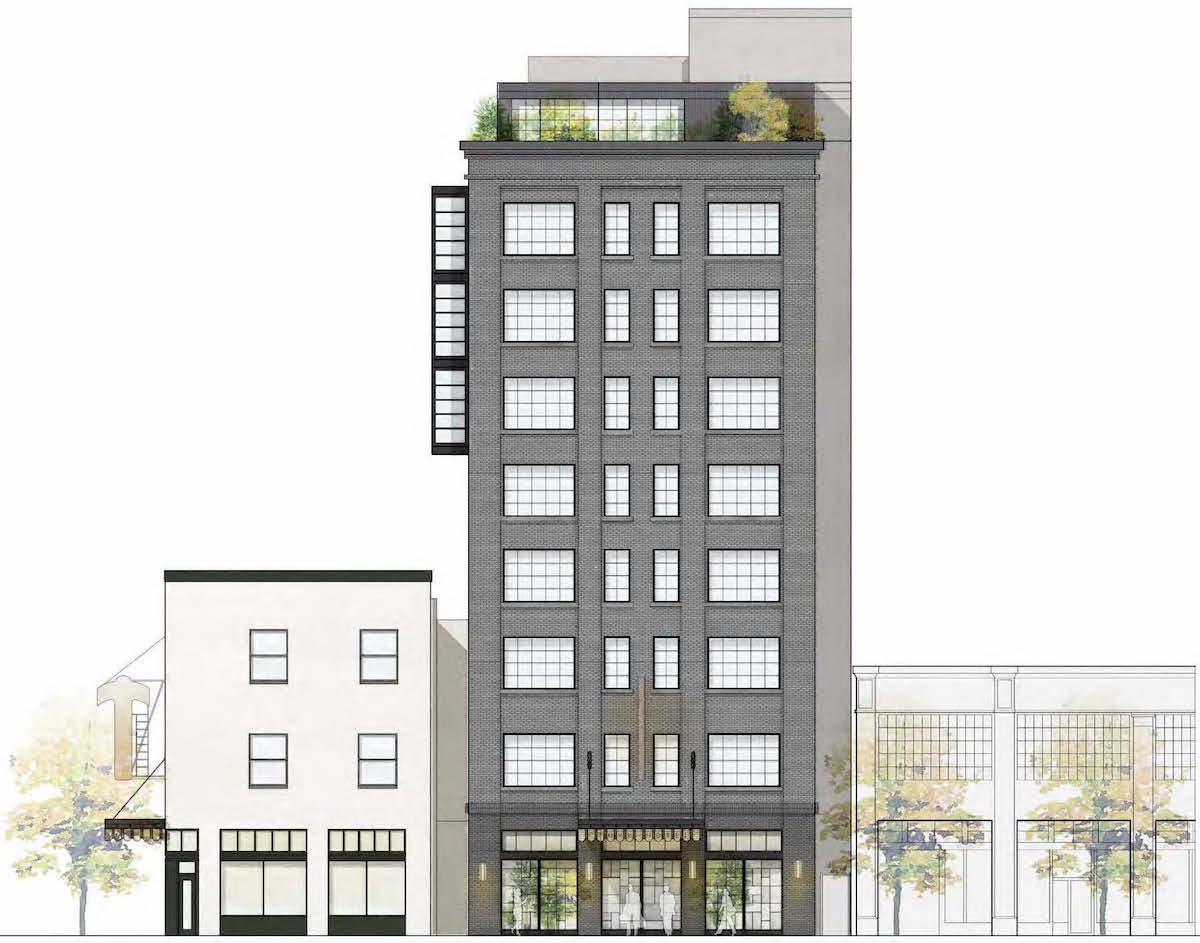 The project was extremely well received by the Historic Landmarks Commission, who welcomed a new building that could have a transformative effect on the New Chinatown/Japantown Historic District. In particular they welcomed the subtle Asian inspired decorative patterns at the ground level of the new building. Concerns were raised about the treatment of the north facing party wall, which will be very prominent in the district, as well as about the large oriel window facing south. 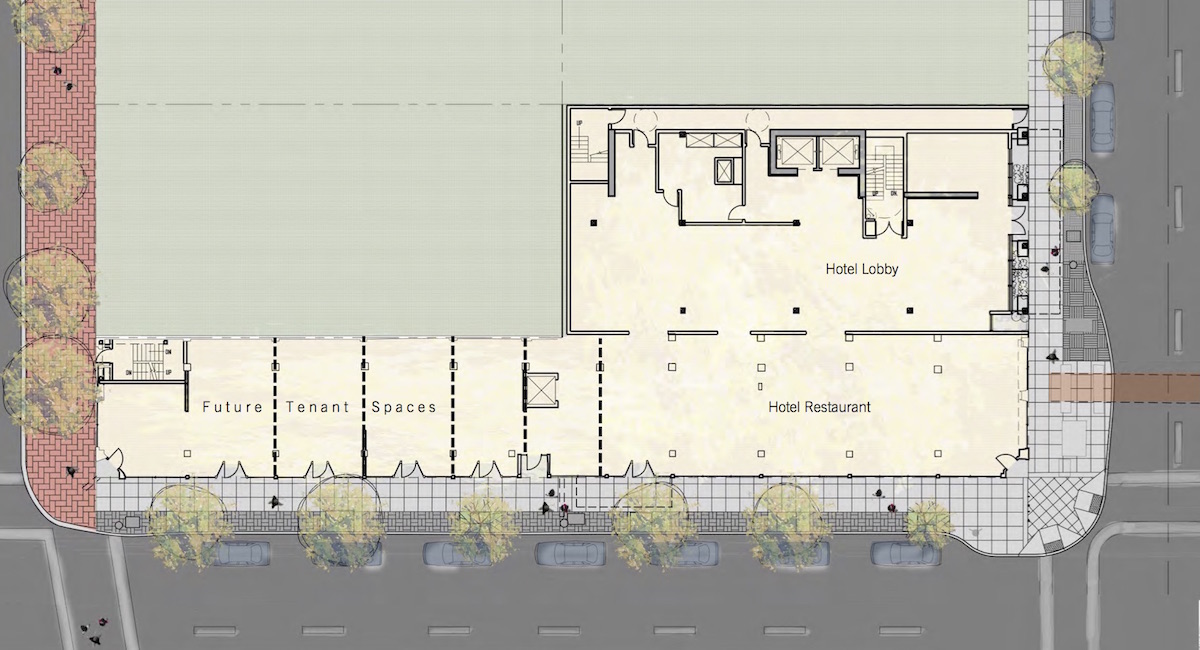 Prior to the issuance of building permits the project will be required to return for a Type III Historic Resource Review, with hearings before the Historic Landmarks Commission.