Design Advice has been offered to Hacker Architects (formerly known as THA Architecture) for the Field Office on NW Front Ave. The scheme for developer Project^ will include two office buildings, designed to sit in a restored landscape where the architects state that “people are connected to nature at all times”. Together the two buildings will offer 270,000 sq ft of office, ground floor retail and amenity space, as well as underground parking for 221 vehicles. 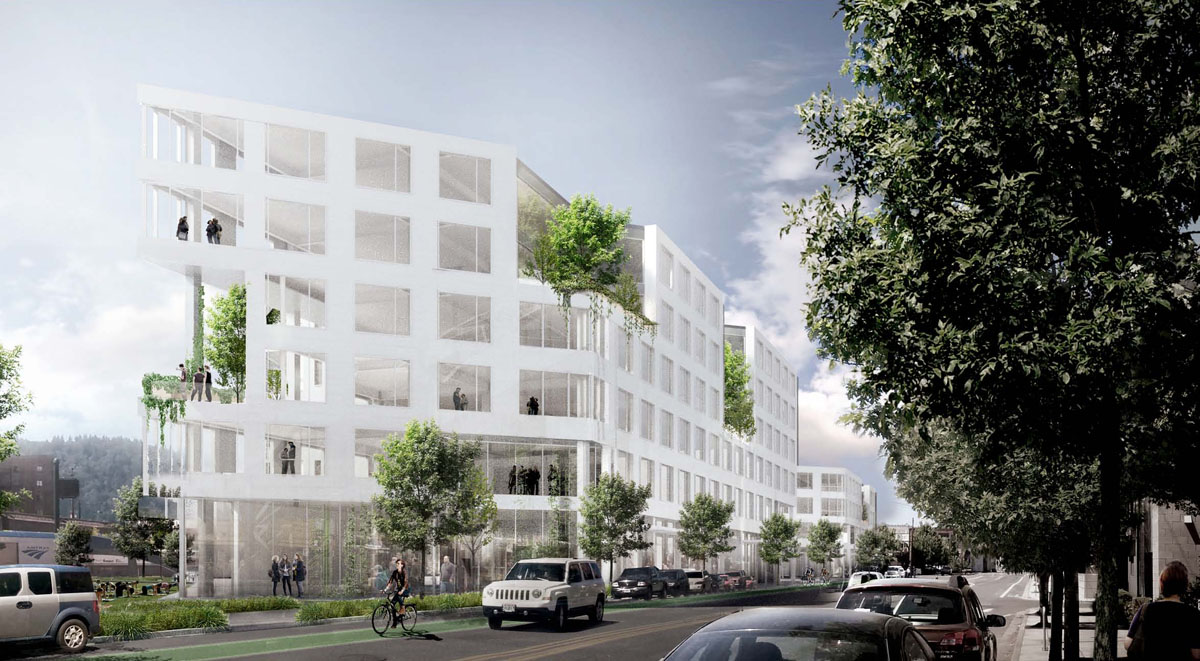 The project site is a 91,540 sq ft strip of land sandwiched between NW Front Ave and the BNSF railway tracks. The site is currently vacant, and has never been intensively developed. In 2013 the site was rezoned from Heavy Industrial (IH) to Central Employment with a Design overlay (EXd). A previous scheme for the site, Front 17, had two advisory Design Advice Request hearings, but was never submitted for Design Review.

The massing for the two buildings is based on the intersecting grids of Northwest Portland, and of the Riverscape development which runs perpendicular to the river. Where the extension of the two grids collide in between the two buildings a gathering area is proposed, oriented to the south for maximum solar access. 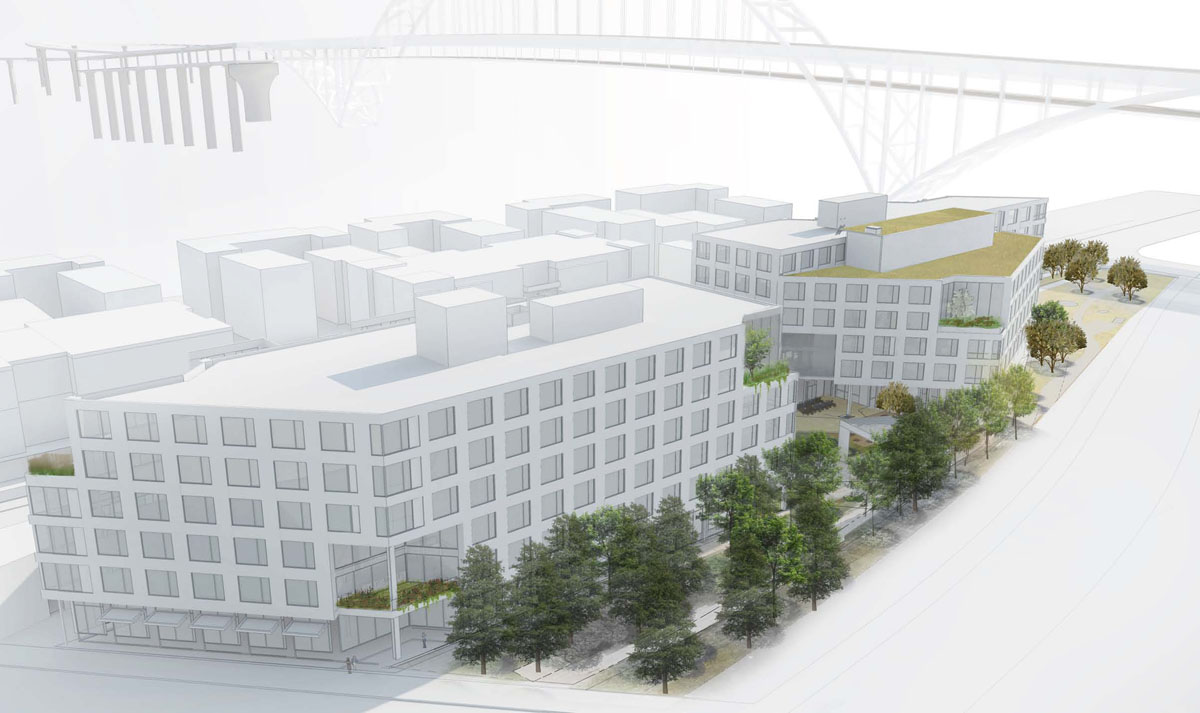 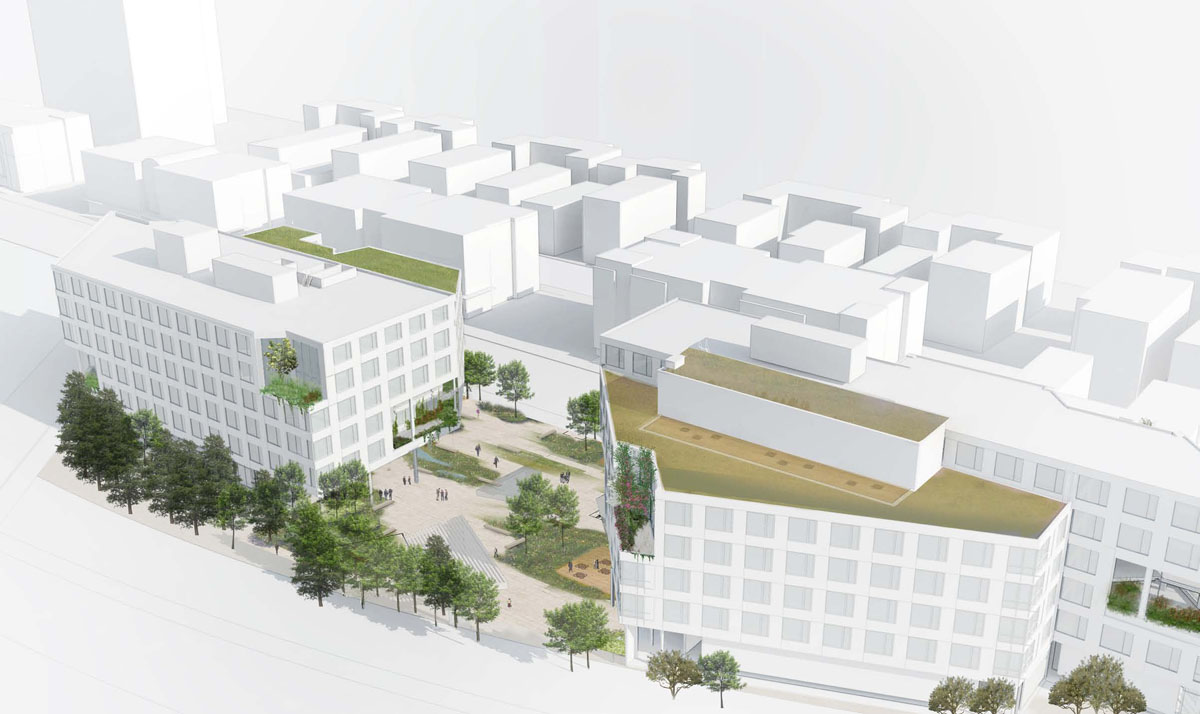 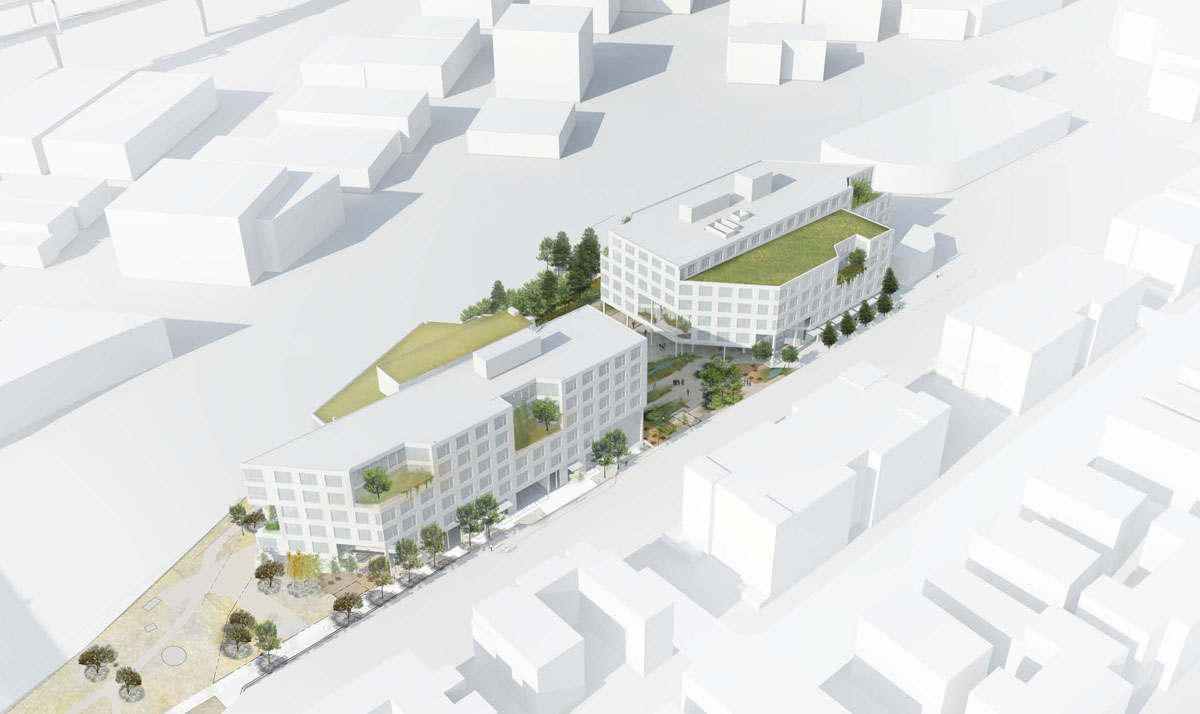 At the time of the Design Advice hearing the exterior materials had not yet been selected, and two primary ideas were shown: one with a brick skin, based on the historic buildings found in the Upshur Warehouse District; and one with metal chevron siding, designed to represent patterns found in the basalt bedrock that underlies the site. 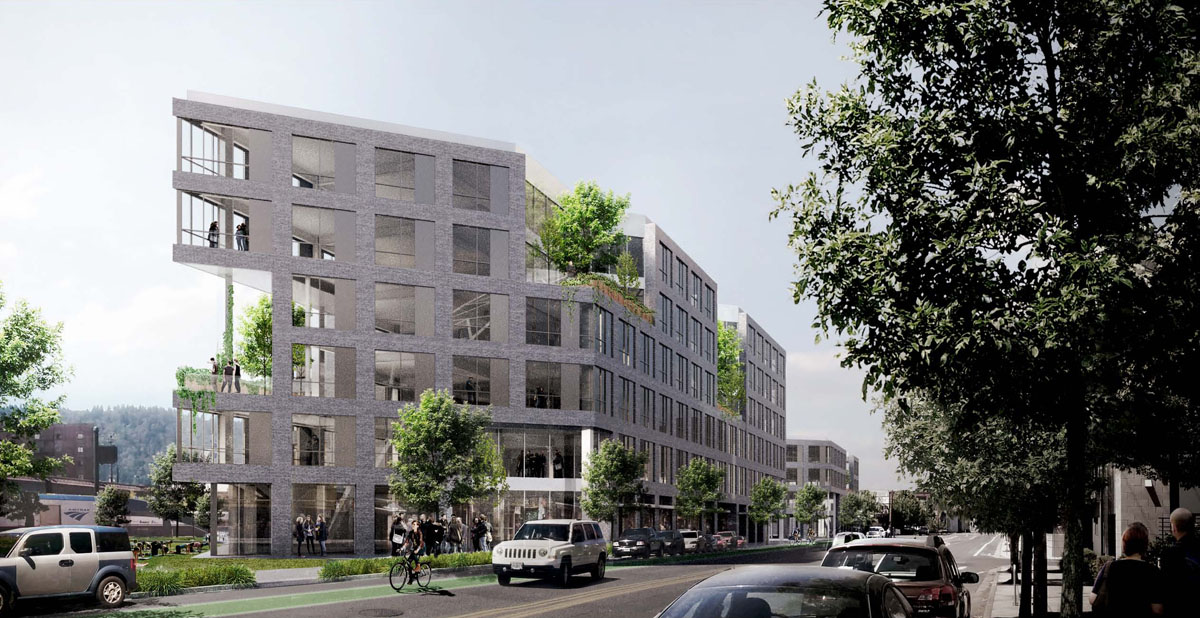 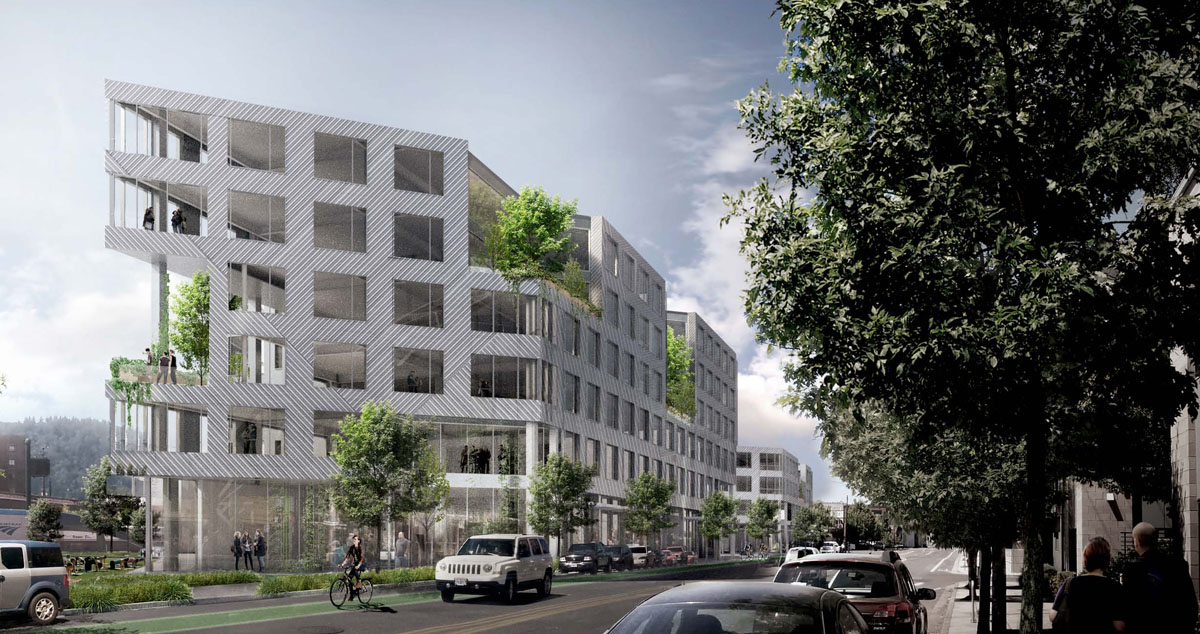 The landscaping by Lango Hansen is proposes to “blur the boundaries between inside and outside, nature and workplace”, with material used at the exterior extending into the buildings. Plantings are based on the transition of native plants along the river, with plantings changing across the site from forest to ecotone to prairie. The landscaping will continue up the buildings, with an eco-roof at the 6th floor, and planted terraces at various locations on the lower floors. 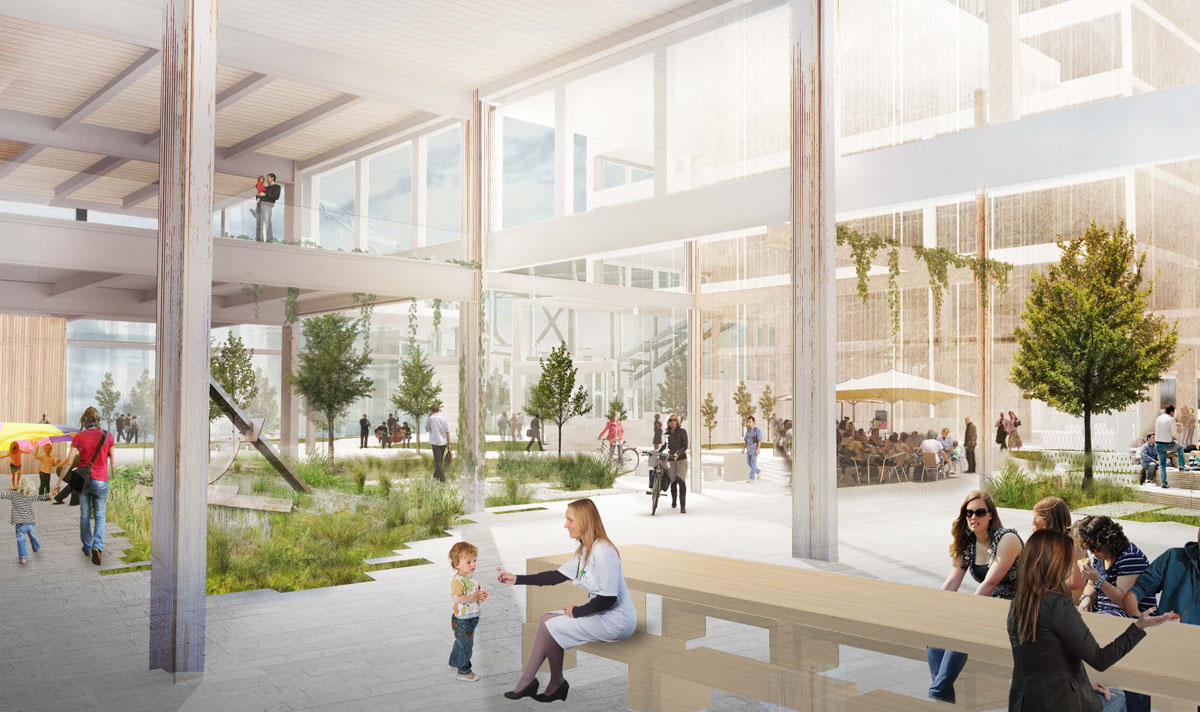 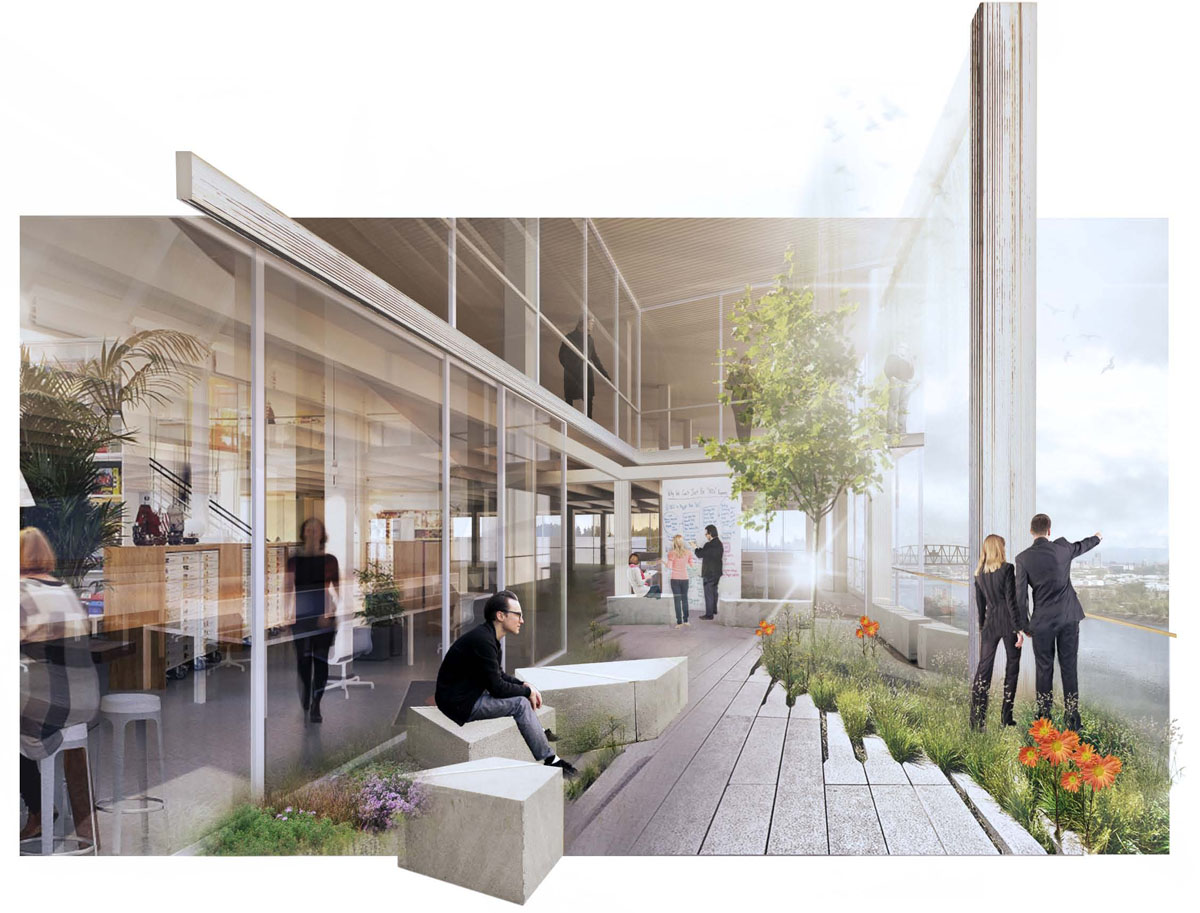 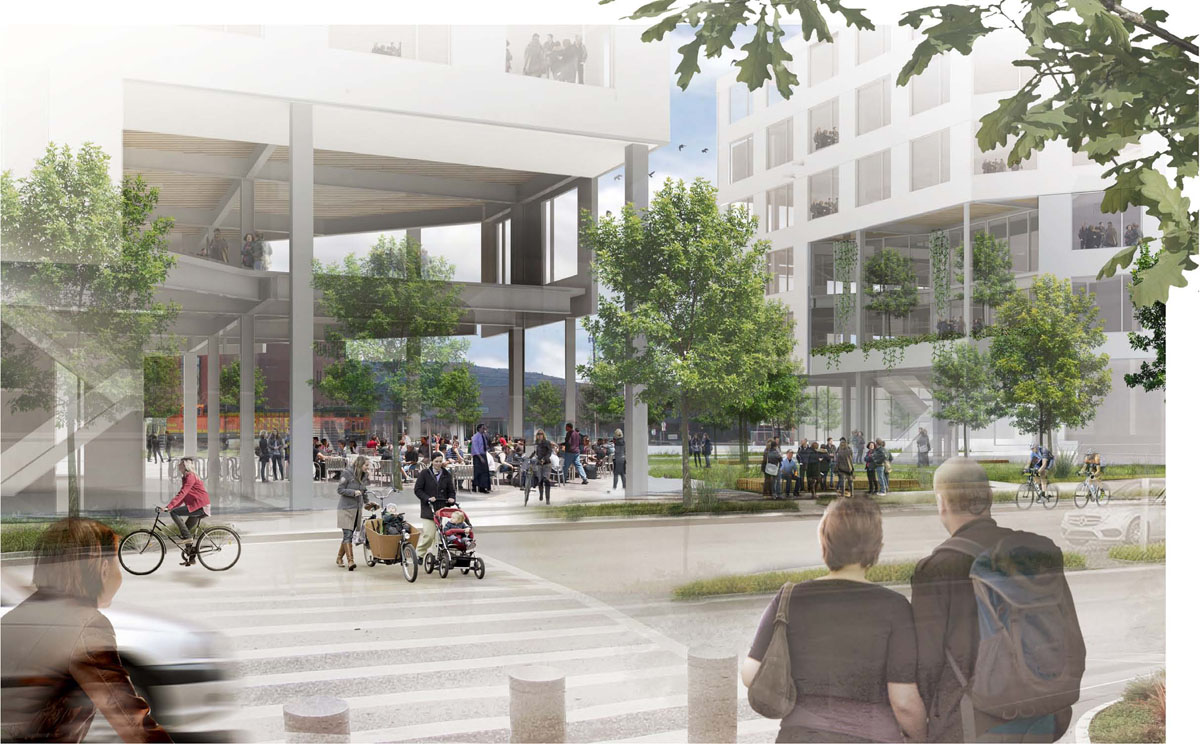 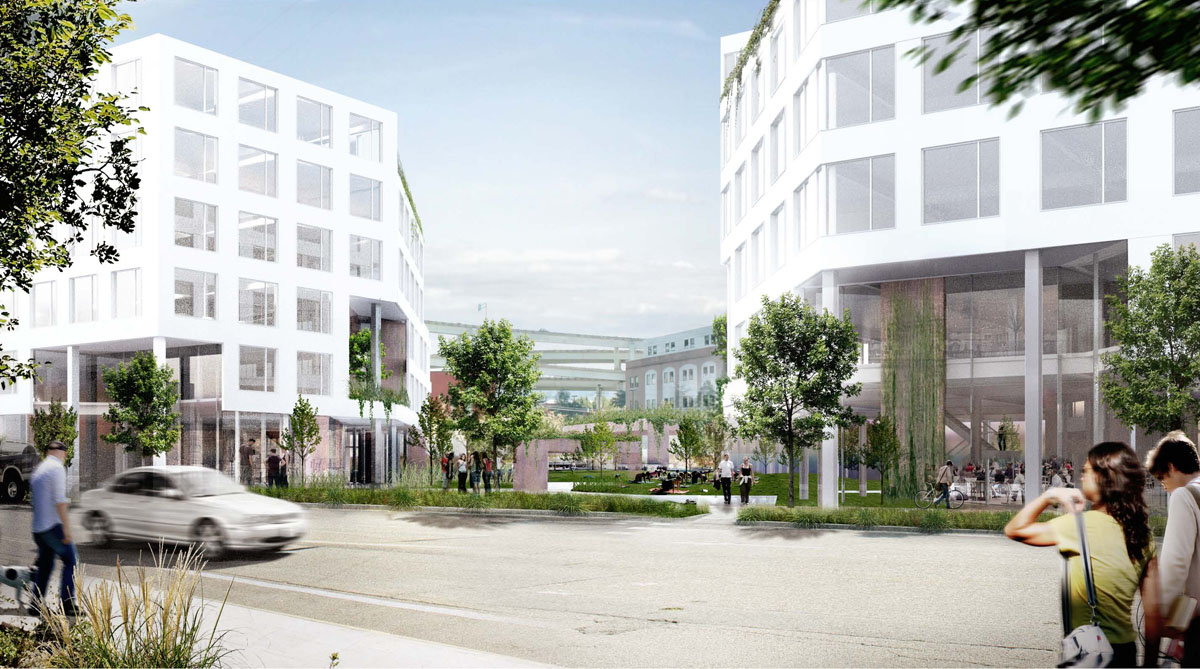 A memo [PDF] to the Design Commission, published before the advisory hearing, outlined potential areas for discussion. These included the massing of the project, including the orientation of the plaza; the relationship of the building to NW 17th Ave; the building design; and the material choice. At the September 10th hearing the Design Commission was overwhelmingly positive about the project, with Commissioner Simpson describing the parti as being “awesome”. Commission Chair Wark stated that he really appreciated the “thought and rigor and creativity” of the buildings, and that it represented “a new type of office environment that we haven’t seen in Portland”.

The project has now been submitted for Design Review, and the applicants will return in front of the Design Commission on an as yet unpublished date. 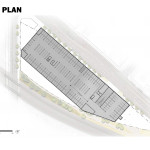 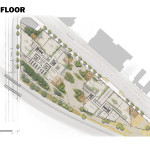 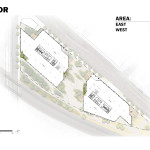 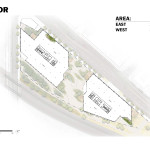 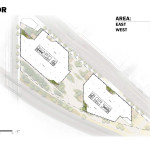 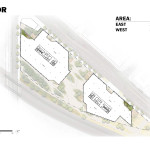 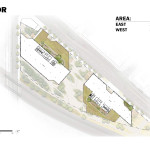 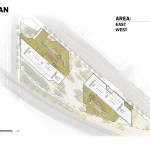 One thought on “Design Advice offered for the Field Office (images)”