A mixed income development on Riveplace Parcel 3 has gone before the Design Commission for its first Design Advice hearing. The project by Ankrom Moisan Architects will include two buildings: a 14 story west building with 209 units of affordable housing; and a 6 story east building with 162 units of market rate housing. The project is being jointly developed by San Francisco based affordable housing provider BRIDGE Housing and Portland based Williams & Dame. The landscape architects are Lango Hansen.

A memo [PDF] to the Design Commission, published before the February 18th hearing, outlined potential areas for discussion. These included: the site design, including the extension of SW River Dr; the building massing; ground floor active uses; elevations and composition; and materials. The Design Commission was generally enthusiastic about the project, noting that the massing of the two buildings seems correct. Commissioner Livingston noted in particular that she really likes the geometry of the tower building, including the fold in the floor plan. The largest area of concern was the shared driveway / courtyard between the two buildings, which they felt would be unlikely to succeed. Commissioner Savinar also expressed skepticism about the idea of a color gradient in the brick skin of the east building, noting that it would be tough to successfully implement. Commissioner Vallaster questioned whether the wing form at lower floors of the west building looked like a “stuck on piece”.

The project is currently scheduled to return for a follow up Design Advice hearing on March 17th. 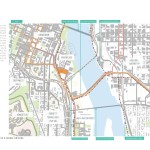 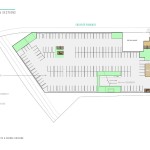 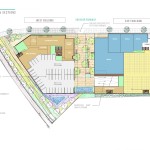 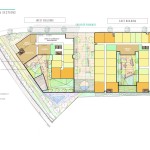 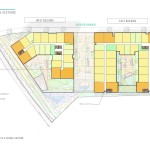 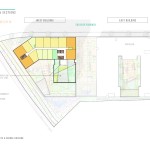 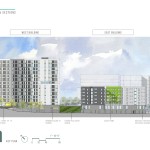 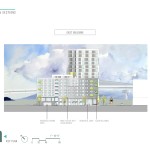 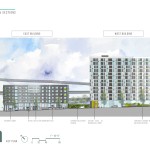 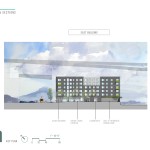 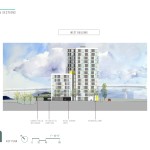 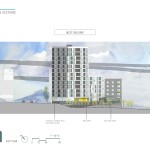 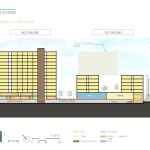 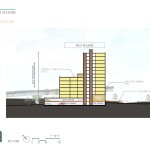 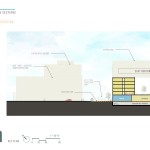