Grand Belmont, the project by Urban Assets Advisors whose height was of significant concern to the Historic Landmarks Commission last year, has returned in front of the Commission as a 23 story point tower. As now proposed the Vallaster Corl designed building would reach 240′ and include 214 residential units. A rooftop common room and exterior terrace are proposed for the top floor. Three ground floor retail spaces totalling 6,500 sq ft would open onto SE Grand Avenue. Parking for 102 vehicles would be provided in the podium portion of the tower. 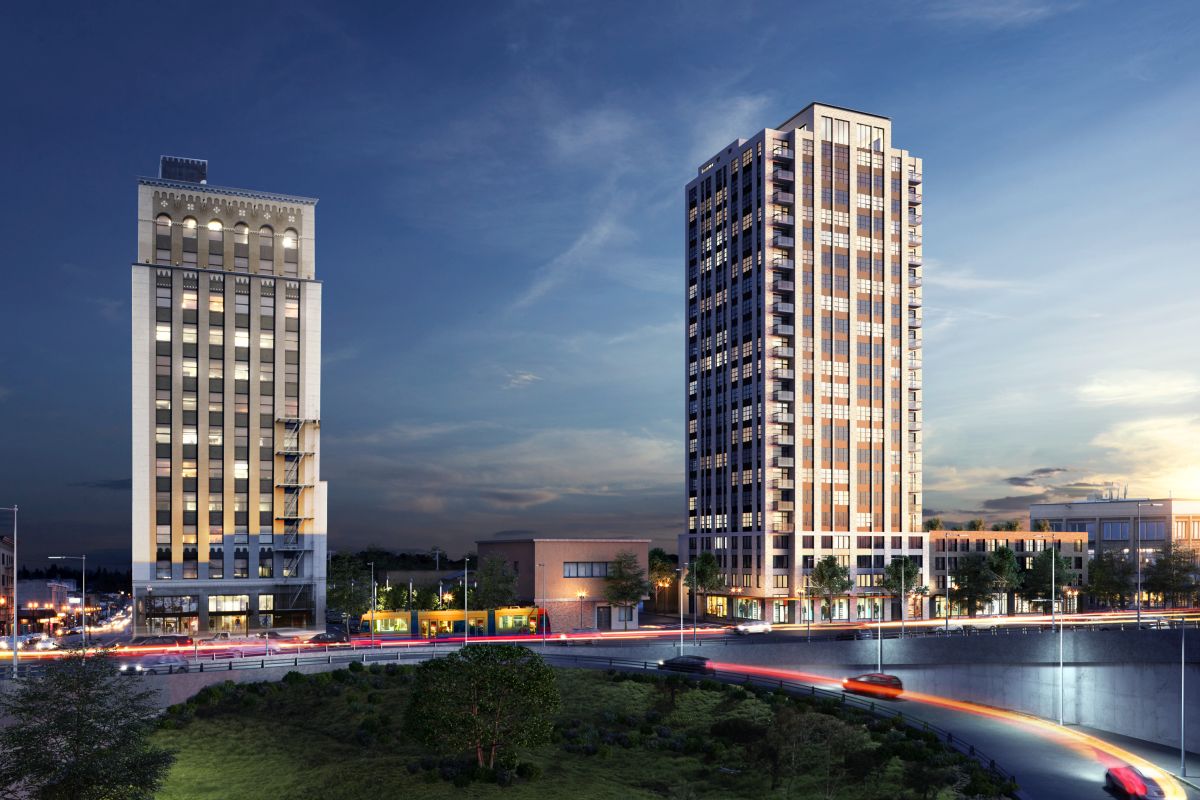 In the revised scheme the tower would occupy slightly less than one quarter of a block. The walls would be pulled far enough back from the property line to allow windows on all four sides of the building. The architect’s narrative states that the architectural language of the tower is “of it’s time, but establishes a dialog with the Weatherly Building, through the use of a strong vertical expression.” 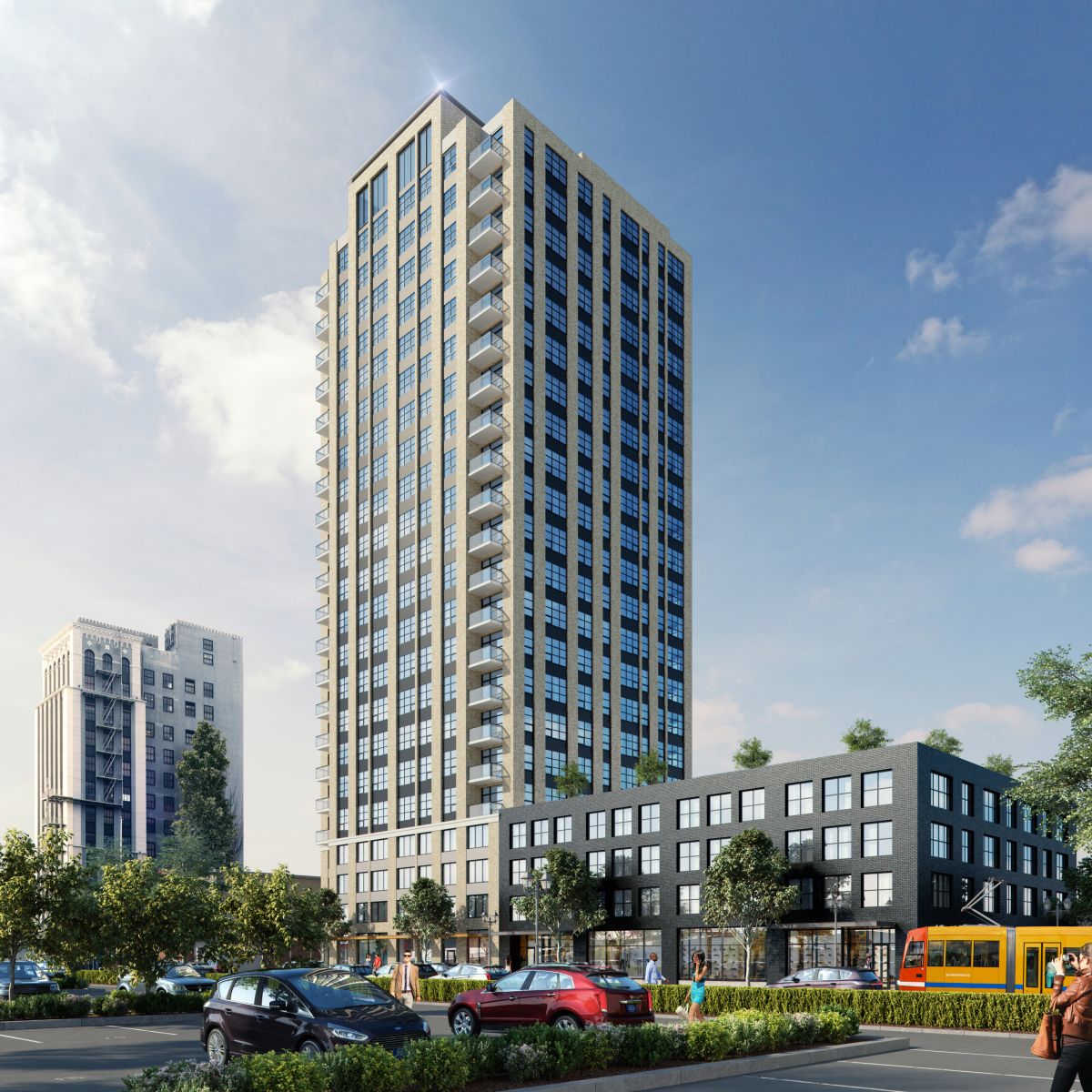 While the point tower was presented as the preferred option, Vallaster Corl also showed an option for a 14 floor bar scheme, which is a modified version of the scheme presented at the previous Design Advice Request. The bar scheme would achieve the same 12:1 Floor Area Ratio as the tower scheme, but would only rise to 150′. 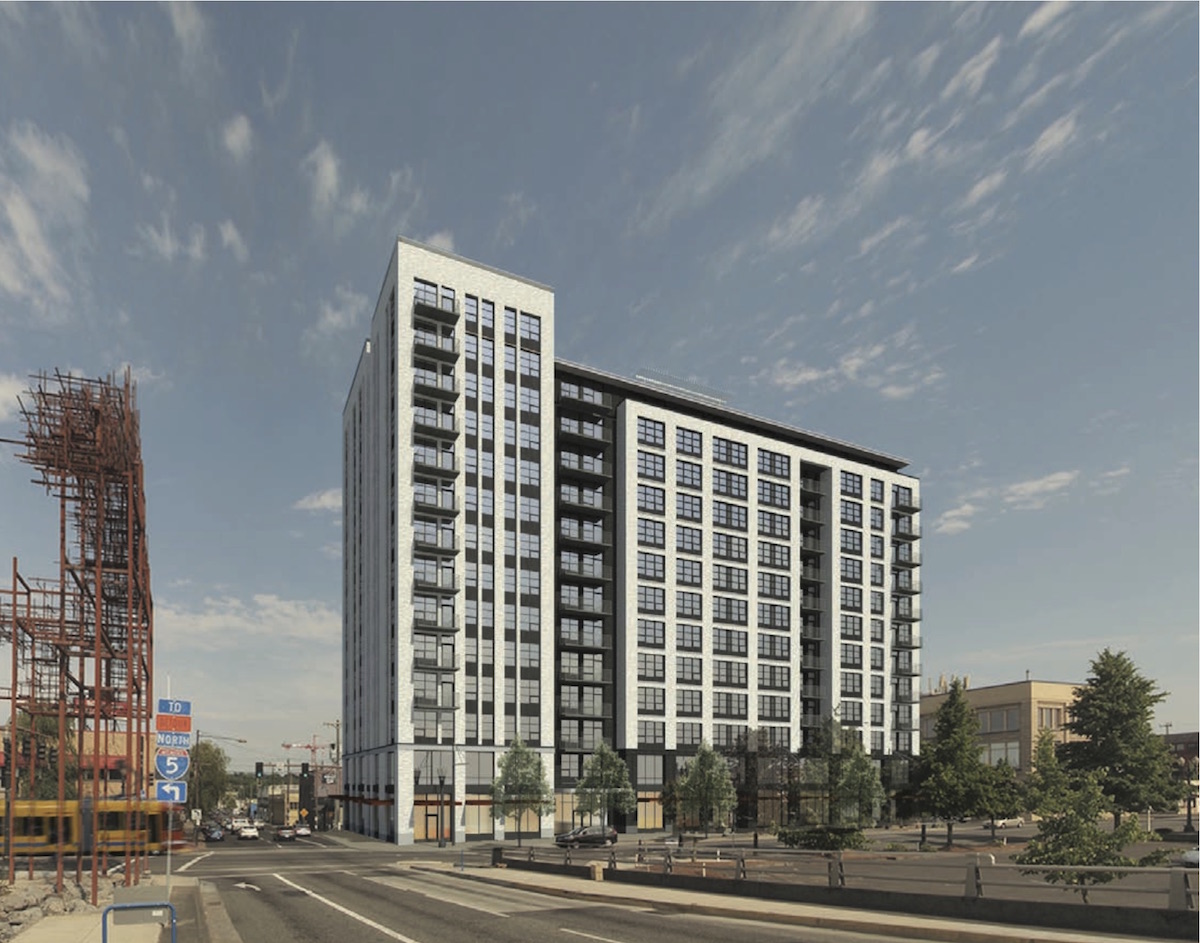 A memo [PDF] to the Historic Landmarks Commission was published before the March 7th Design Advice hearing, outlining potential areas for discussion. These included massing, the above grade parking and architectural detailing. The memo raised the point that should the project not be supported by the Landmarks Commission there is a high likelihood that their decision would be overturned by City Council, resulting in an approval:

The applicant has indicated that they do not intend to significantly reduce the floor area ratio from the proposed 12:1, which is the maximum that is noted as potentially attainable in the Central City Plan District through the use of bonuses and/or transfers. As such, staff notes that the applicant is likely to return to the Landmarks Commission for a Type III Historic Resource Review which, if not supported by the Commission, could be ultimately approved by City Council on appeal. As such, staff requests that the Commission offer comments as to how the proposed building could be refined to be more compatible other than the scale in the event that that the proposal is denied and approved on appeal.

Though not unanimous, a majority of the Commissioners expressed support for the taller but more slender scheme. Commissioner Minor suggested that the tower should perhaps reduce slightly in height, with tapers at the top, and grow by one story at the podium to match the height of the U.S. Laundry Building to the south. Much of the discussion however focused on the exterior skin of the building, and how it can be designed to complement the larger Historic District and the adjacent Weatherly Building. Commissioner Chair Ranzetta described the trade off that the Landmarks Commission may ultimately be willing to make:

I think that we’re willing to make several concessions in terms of the height of the tower and other components, but it really is going to be contingent on the level and quality of the materials you use in the building, and how they speak to the larger district: the fenestrations patterns, the type of windows, the proportions and how those work with some of the neighboring contributing resources.

The project will be required to return in front of the Historic Landmarks Commission for a Type III Historic Resource Review in order to gain approval. 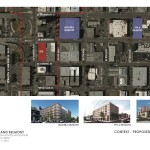 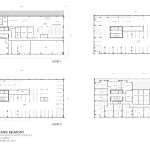 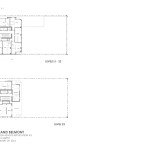 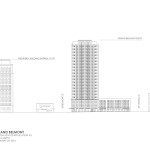 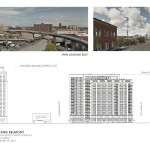