An expansion in scope to the currently under construction renovation of a former YMCA building has been presented to the Design Commission. A major renovation of the existing building at 2815 SW Barbur Blvd was approved in October 2015, in order to convert the building into office space.  The core and shell renovation is being designed by Bora Architects, who were the original designers of the 1977 building. The client for the project is Seattle based developer InterUrban Development, who now wish to add an additional floor to the building to meet the needs of the future tenant. The building will be the new Portland base for sportswear company Under Armour, who will complete separate tenant improvements to the interior of the building. 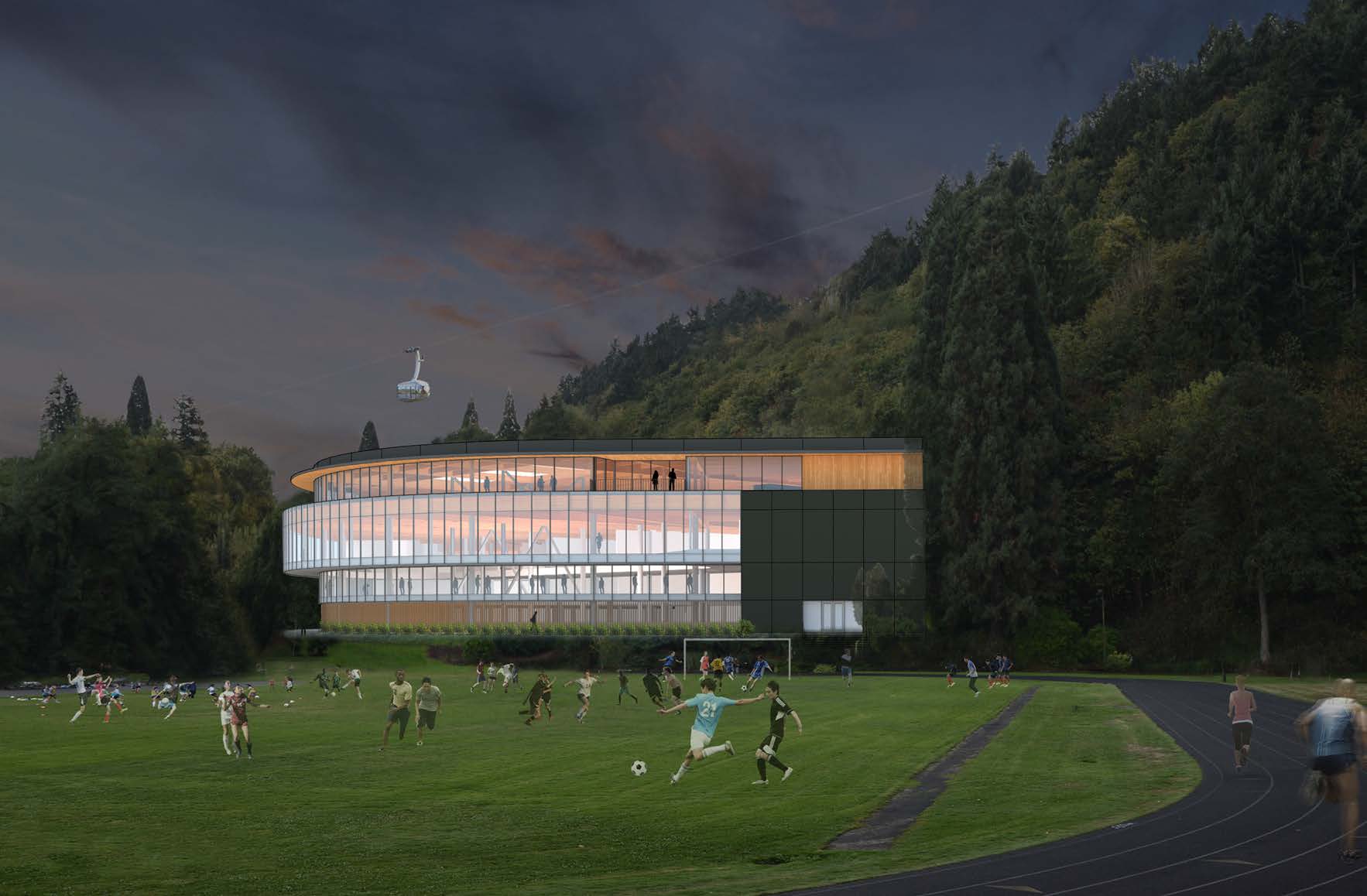 The existing building overlooking Duniway Park was designed by Stan Boles, working for the firm then known as Broome, Oringdulph, O’Toole & Rudolf & Associates.  The curved building was designed to blend into the hillside. Though most recently painted yellow and orange, the original paint scheme was a dark green color, intended to complement the evergreen foliage of Marquam Hill. The building remained in use as a YMCA until 2009, when it was repurposed into Allstar Fitness. The building was briefly rebranded as the Duniway Athletic Club, which then closed in 2013. Since the end of its life an athletic facility the building has remained unused, with the exception of the parking spaces, which are being used as paid parking.

The extra floor will add 41,420 sq ft of new floor area, recessed approximately 9’-8” from the existing building at the east and north facades. The addition will follow the building’s curve, which is its most prominent feature as seen from SW Barbur Blvd. Materials proposed follow the previously approved design, and include dark-colored cement plaster, vertical wood siding and curtain wall glazing. An ecoroof is proposed for portions of the new roof, with the rest being covered in a single ply membrane roof. 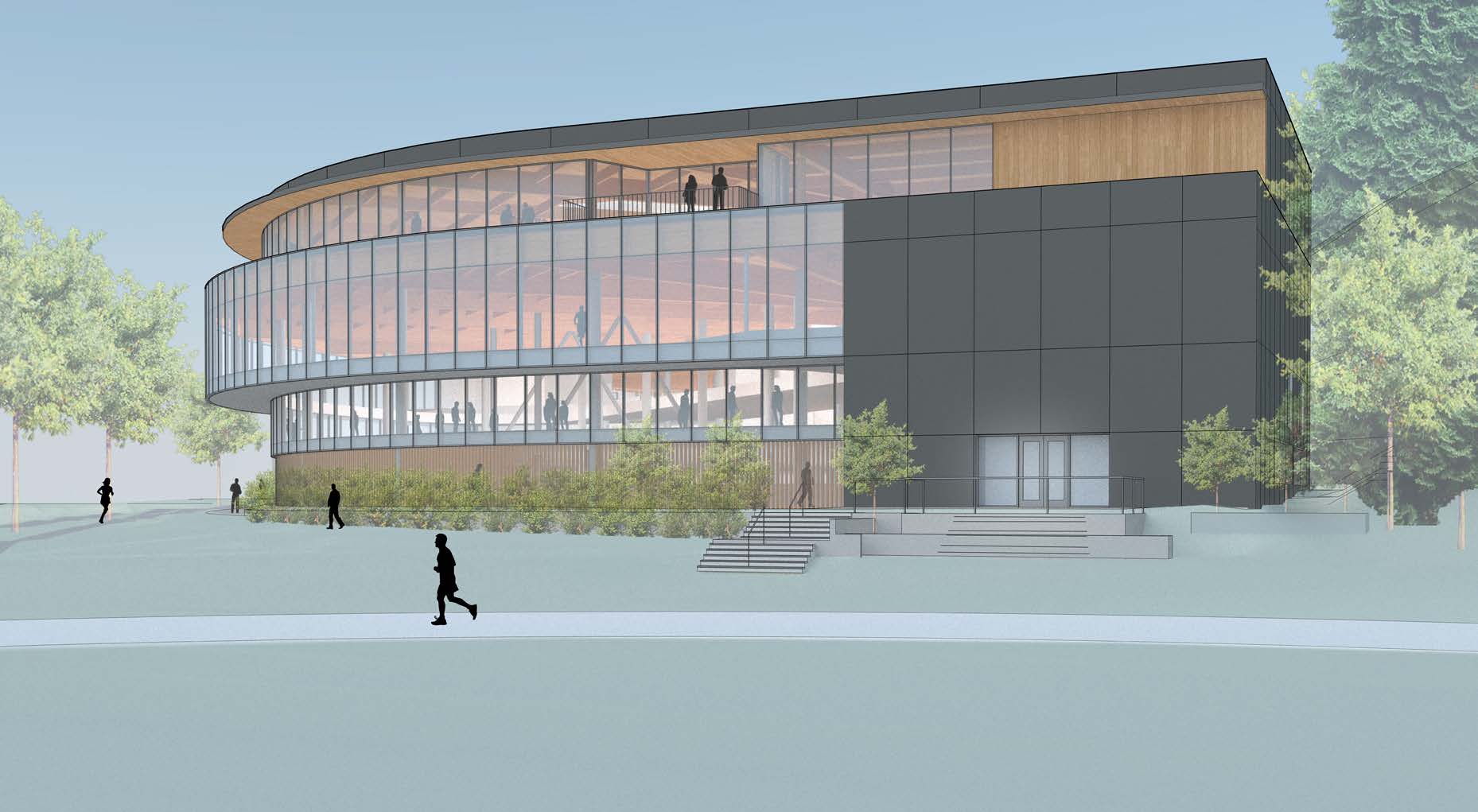 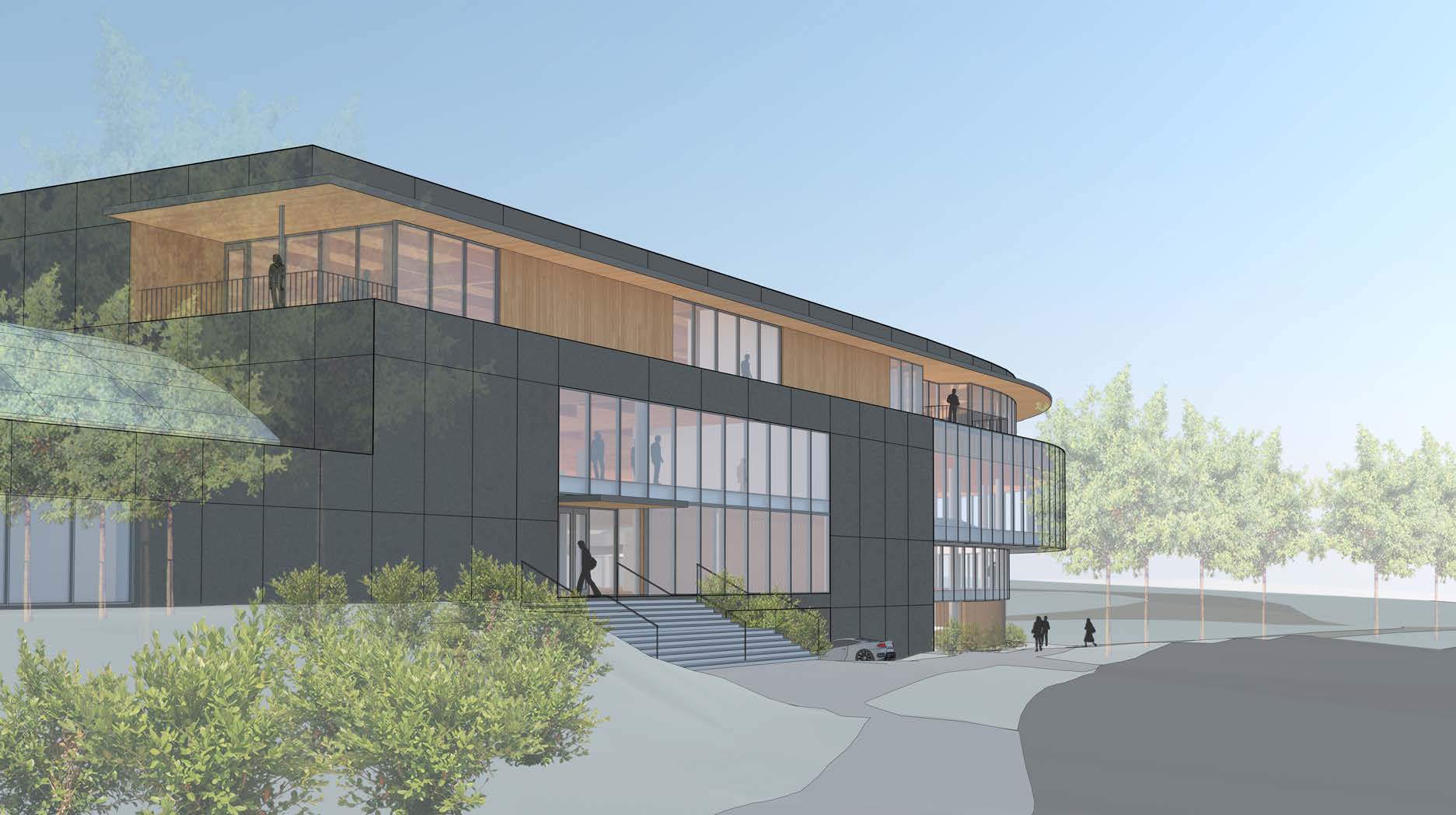 A memo [PDF] to the Design Commission, published before the May 12th advisory hearing, outlined potential areas for discussion. These included: the building height & massing, given that the additional height will make the building more visible from SW Terwilliger Blvd; and the materials for the proposed addition. The largest area of discussion centered around whether the ecoroof could cover a greater portion of the roof, or if the single ply membrane could be replaced with a more attractive ballasted roof. The Design Commission however generally praised the project. Commission Chair David Wark again mentioned his personal connection with the building:

When you came through the first time, I remember saying that the first time I visited Portland, this is the first building I visited. I didn’t even go see my friends, but I went to this building. It had just been printed after I finished college and I thought “I’ve got to go see this thing”. I think what you’re doing is just taking the essence of the building and actually improving upon it. I really, really admire the work you’re doing on this.

To gain approval for the additional story the applicants will have go through a Type III Design Review, with public hearings before the Design Commission. Additionally, the Neighborhood Commercial 2 (CN2) zone currently applied to the site does not allow for building heights greater than 30′. In order to increase the height limit on the site to allow the 41’-3” proposed the applicants are planning on applying for a Comprehensive Plan and Zoning change, most likely to Commercial Storefront (CS). The final decision on a Comprehensive Plan designation change is made by the City Council.

Since this story was published, the first paragraph has been reworded to clarify the relationships between the parties involved. 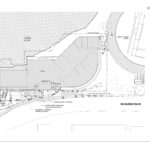 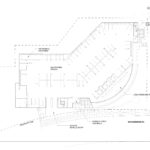 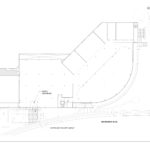 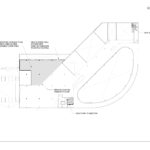 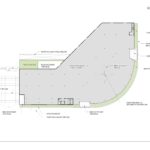 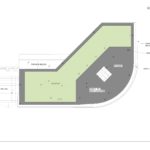 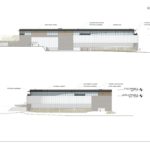 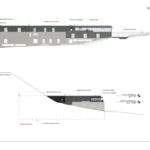 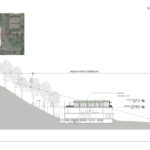 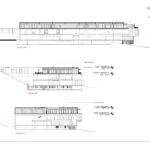