Design Advice has been offered to TVA Architects for a mixed use building at NW 13th Ave & Johnson St. The 6 story building for developer Paul Properties is proposed to include 59 apartments units over 3,492 sq ft of retail. Long term parking for 91 bicycles is proposed. No vehicular parking is proposed. 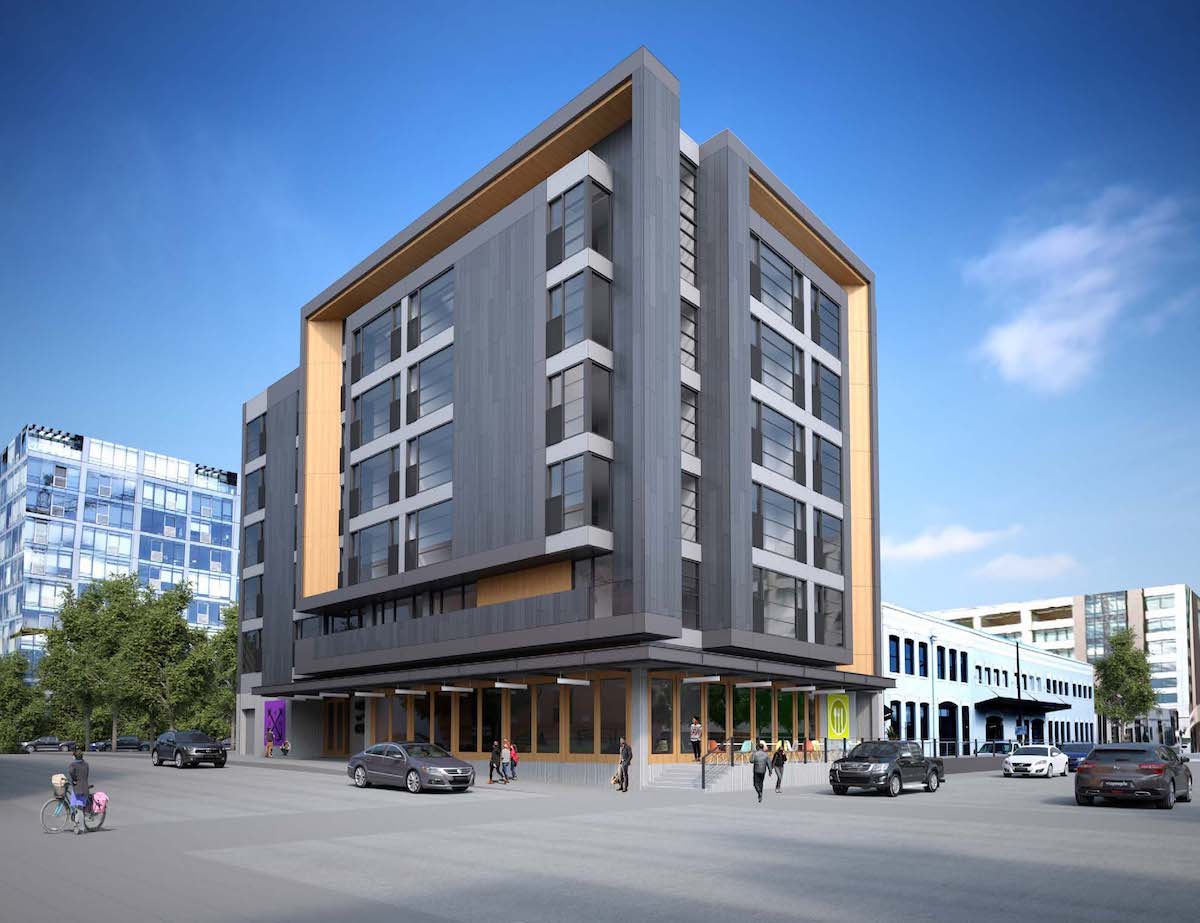 At the November 3rd Design Advice Request hearing, the applicants presented three options for the skin of the buildings. All three options have the same massing and program.

Option A uses zinc metal panel as the primary material for the building, with fiber cement panel and a stamped wood grain composite metal panel as accent materials. Board formed concrete and wood storefronts are proposed at the ground floor. 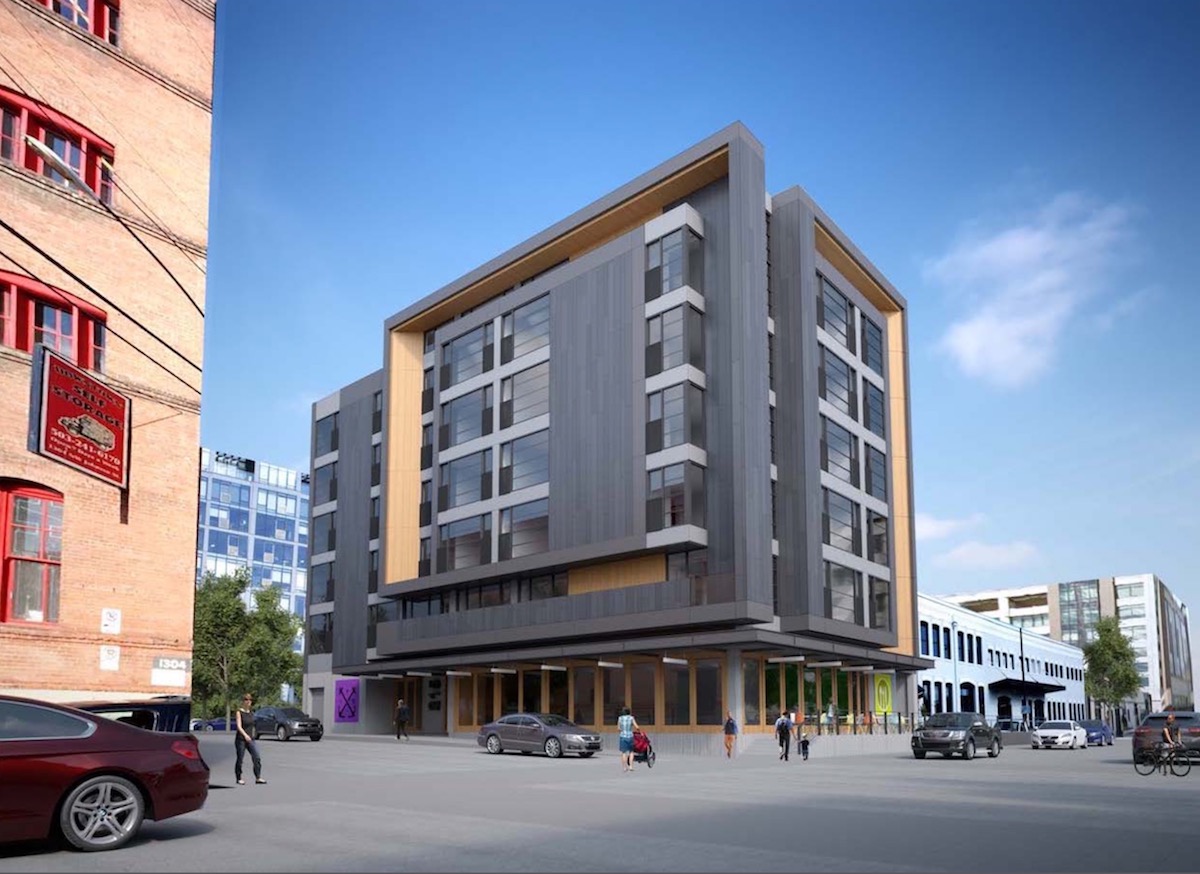 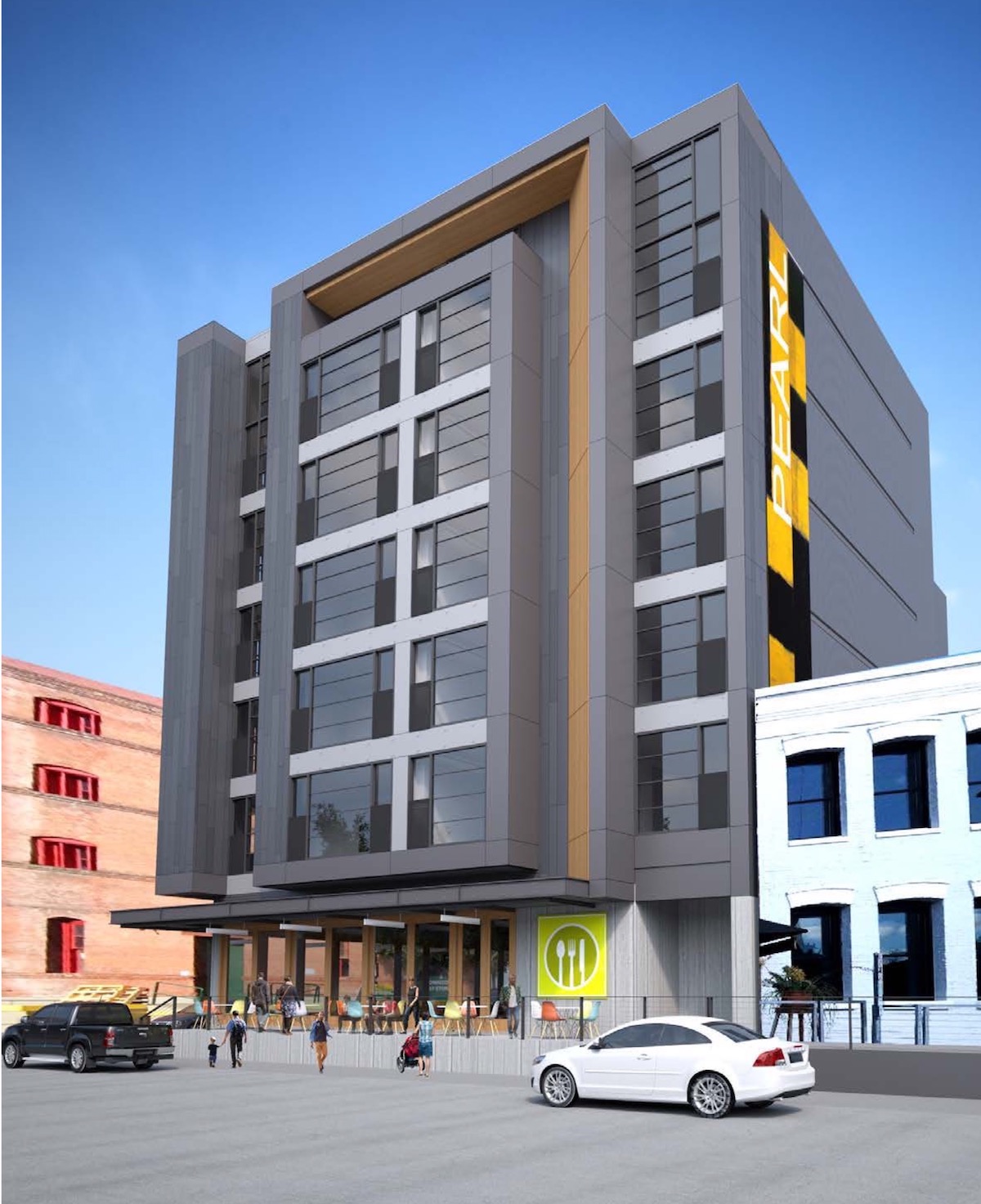 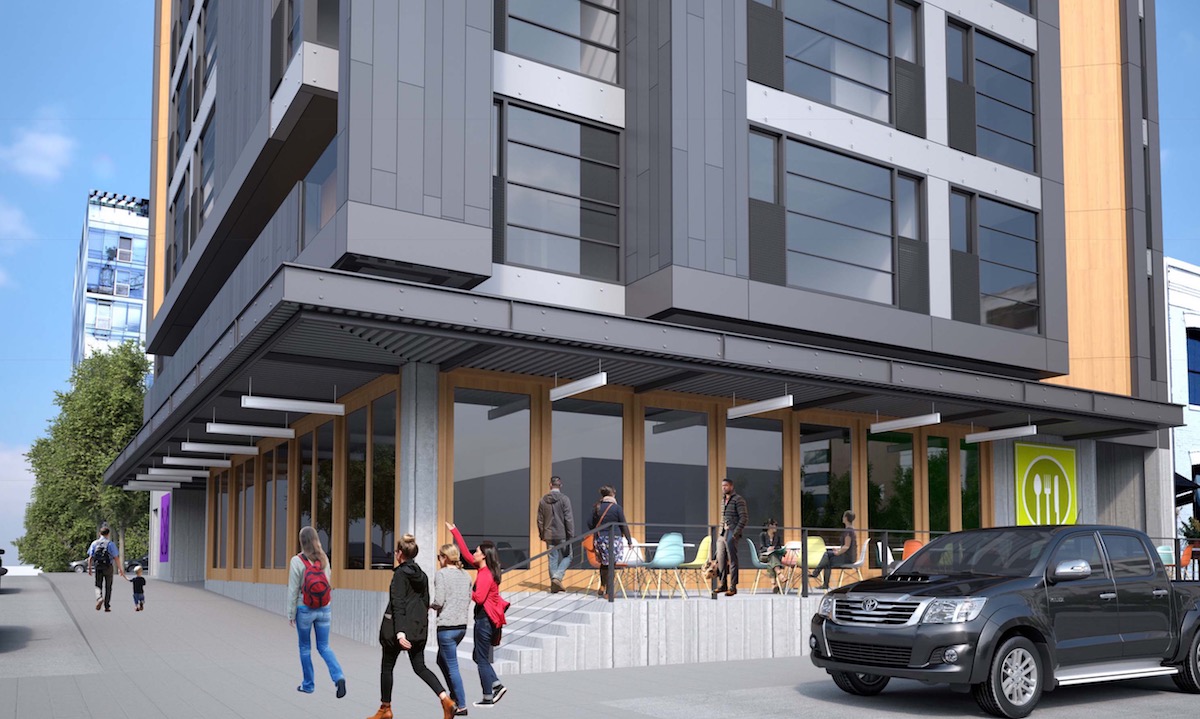 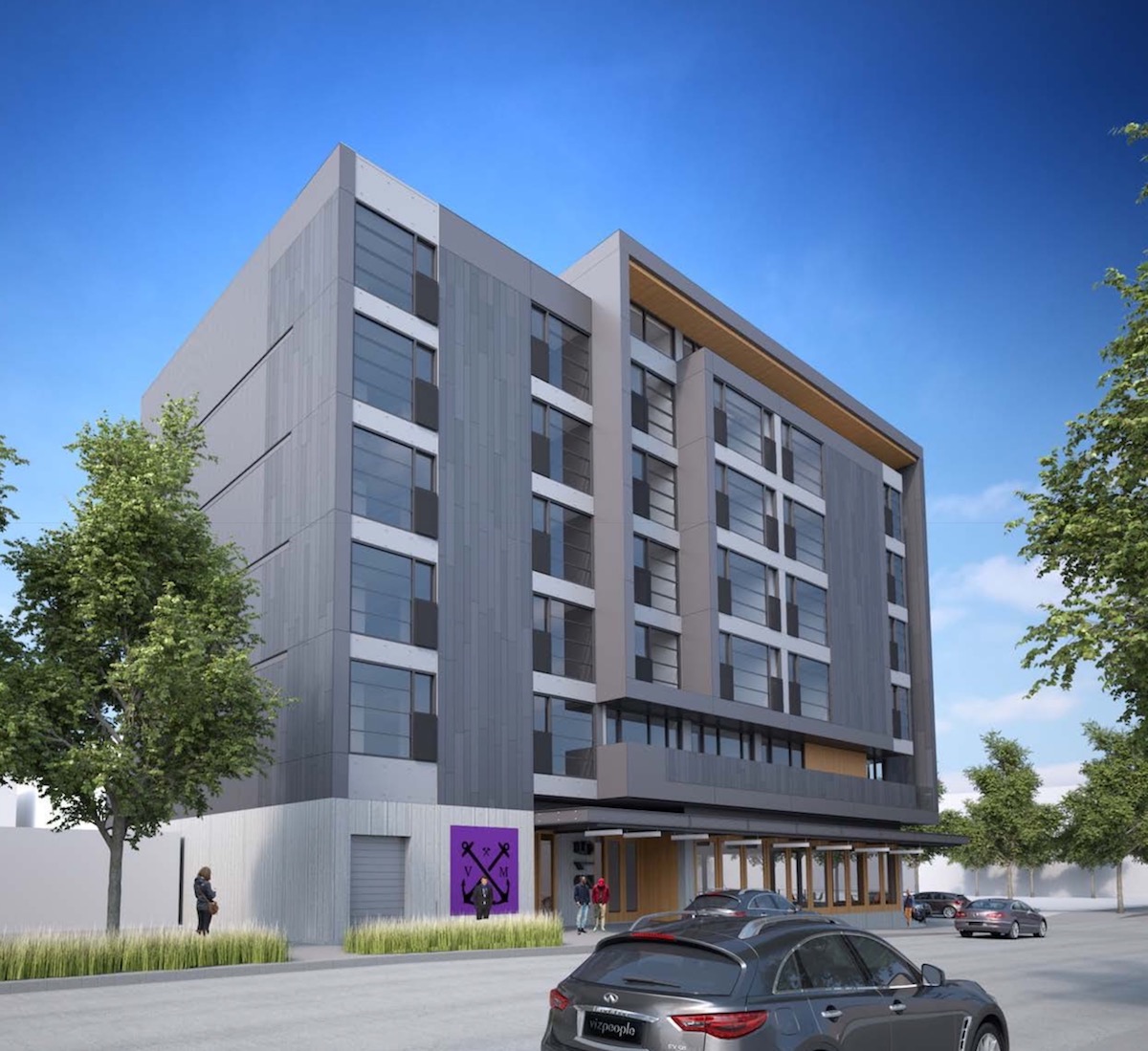 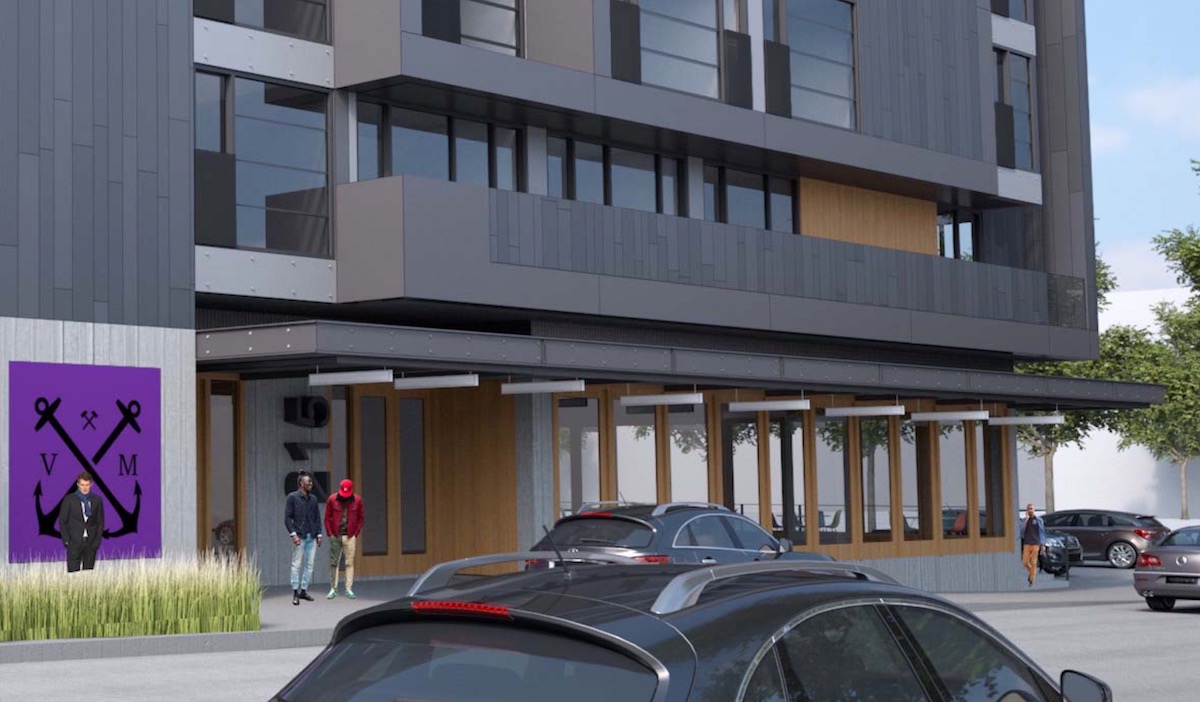 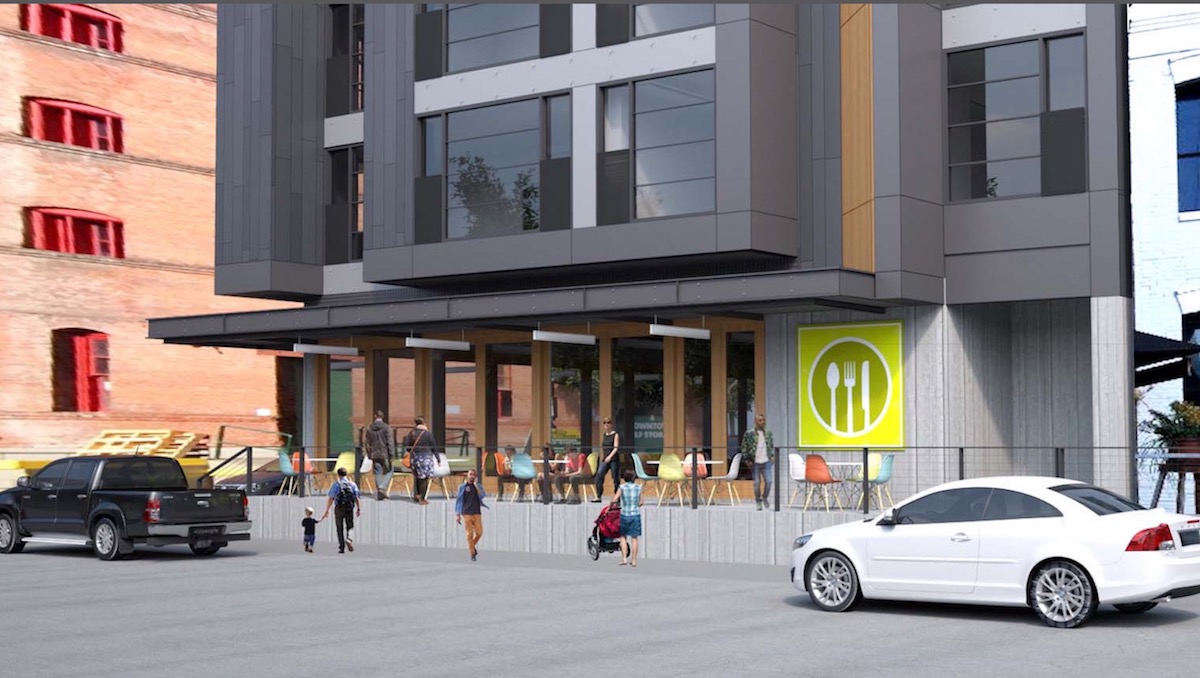 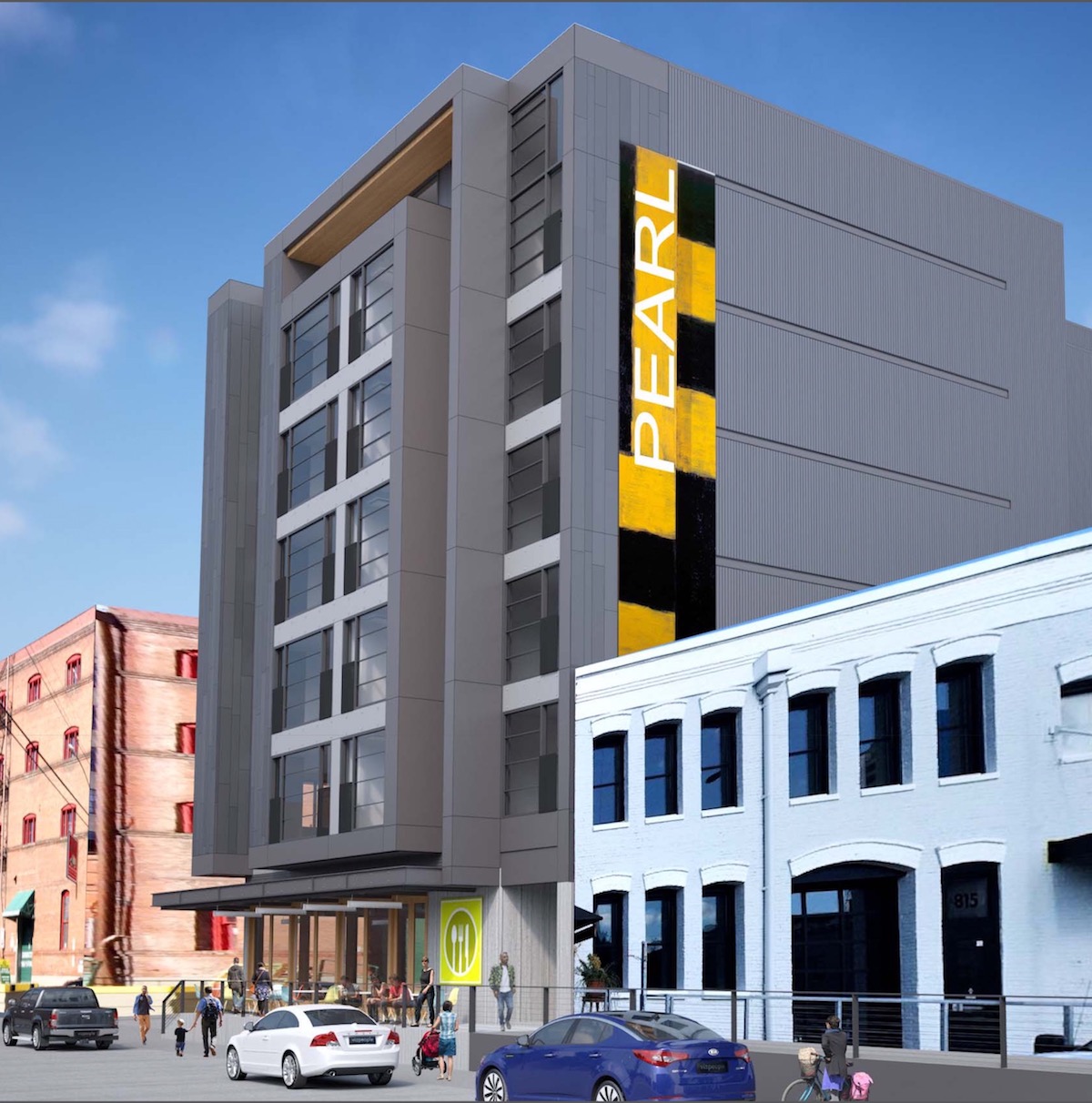 In Option B, the primary material for the building would be a red brick. 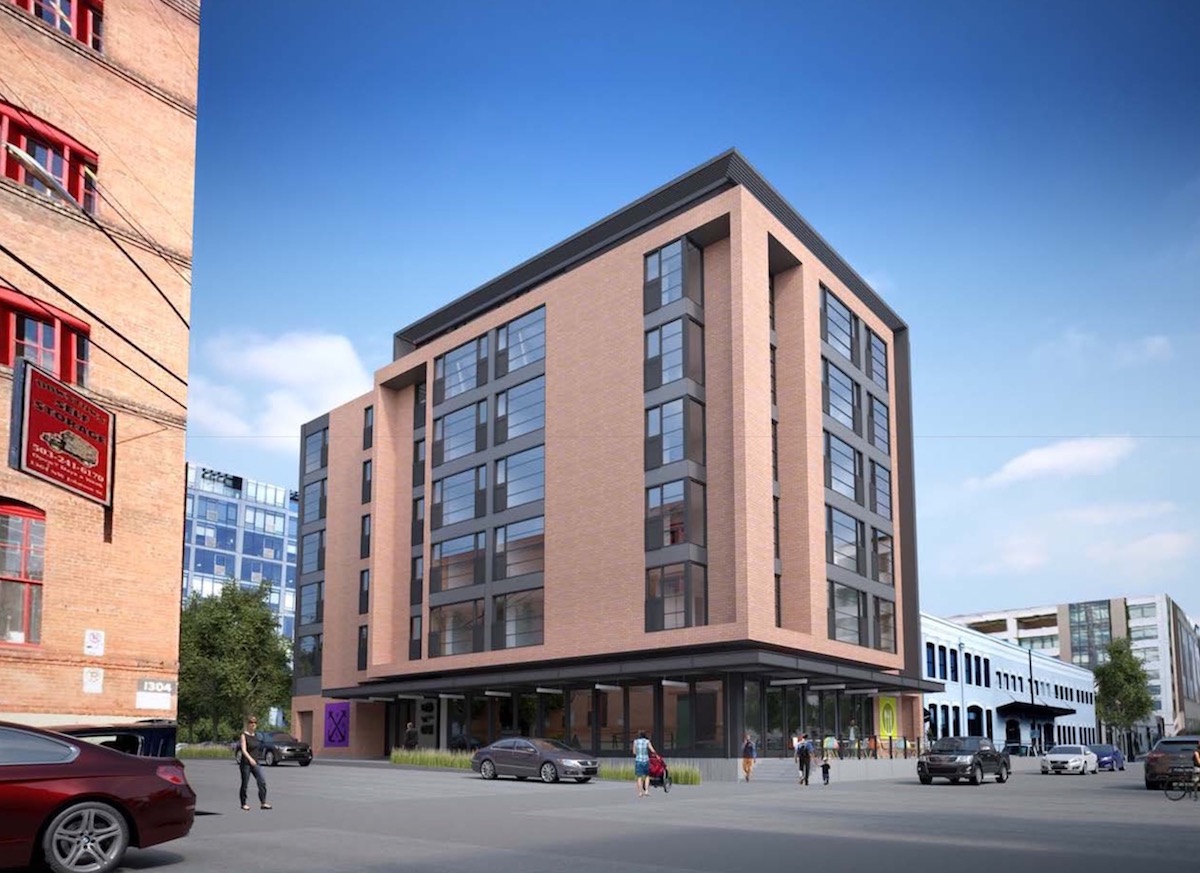 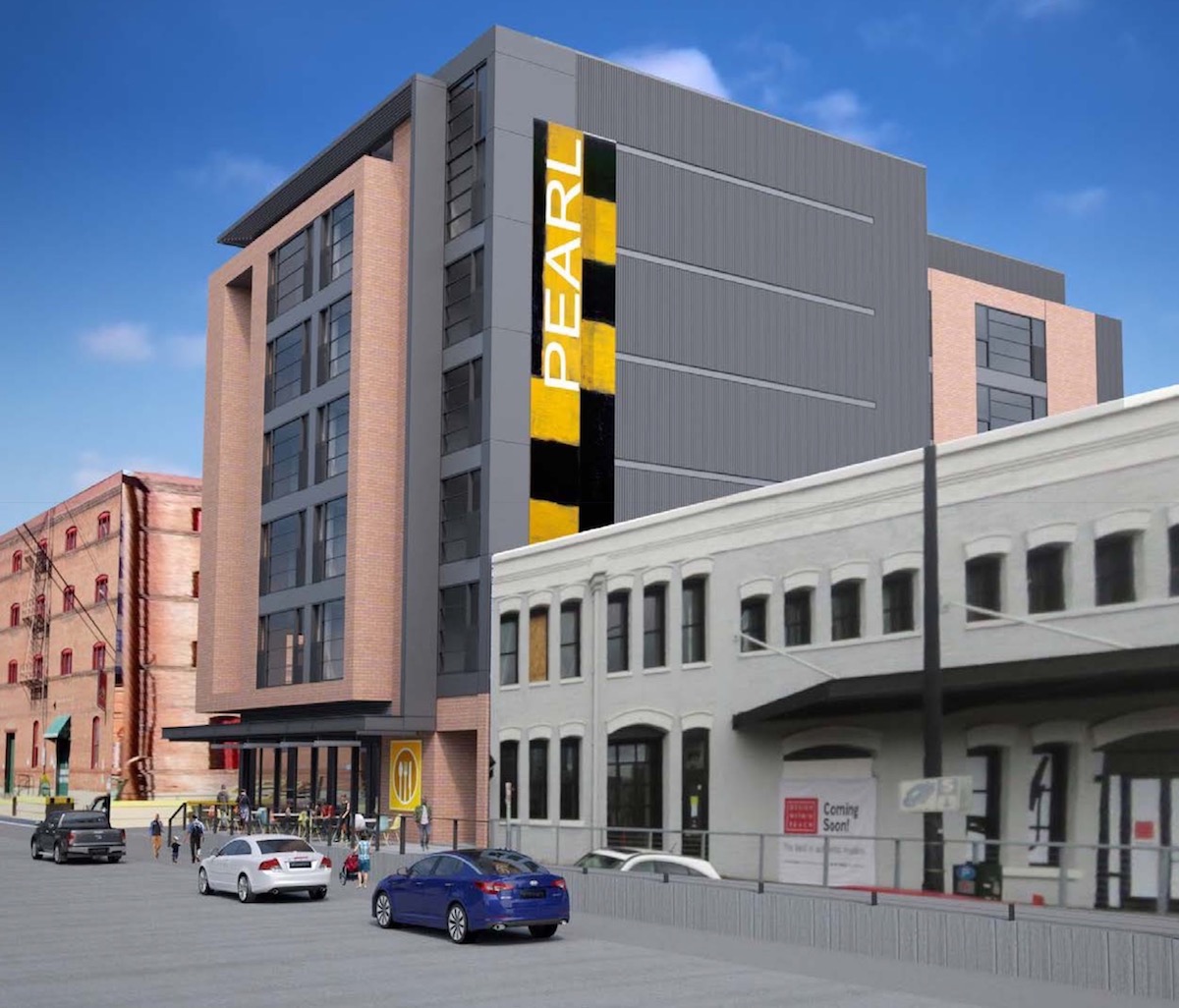 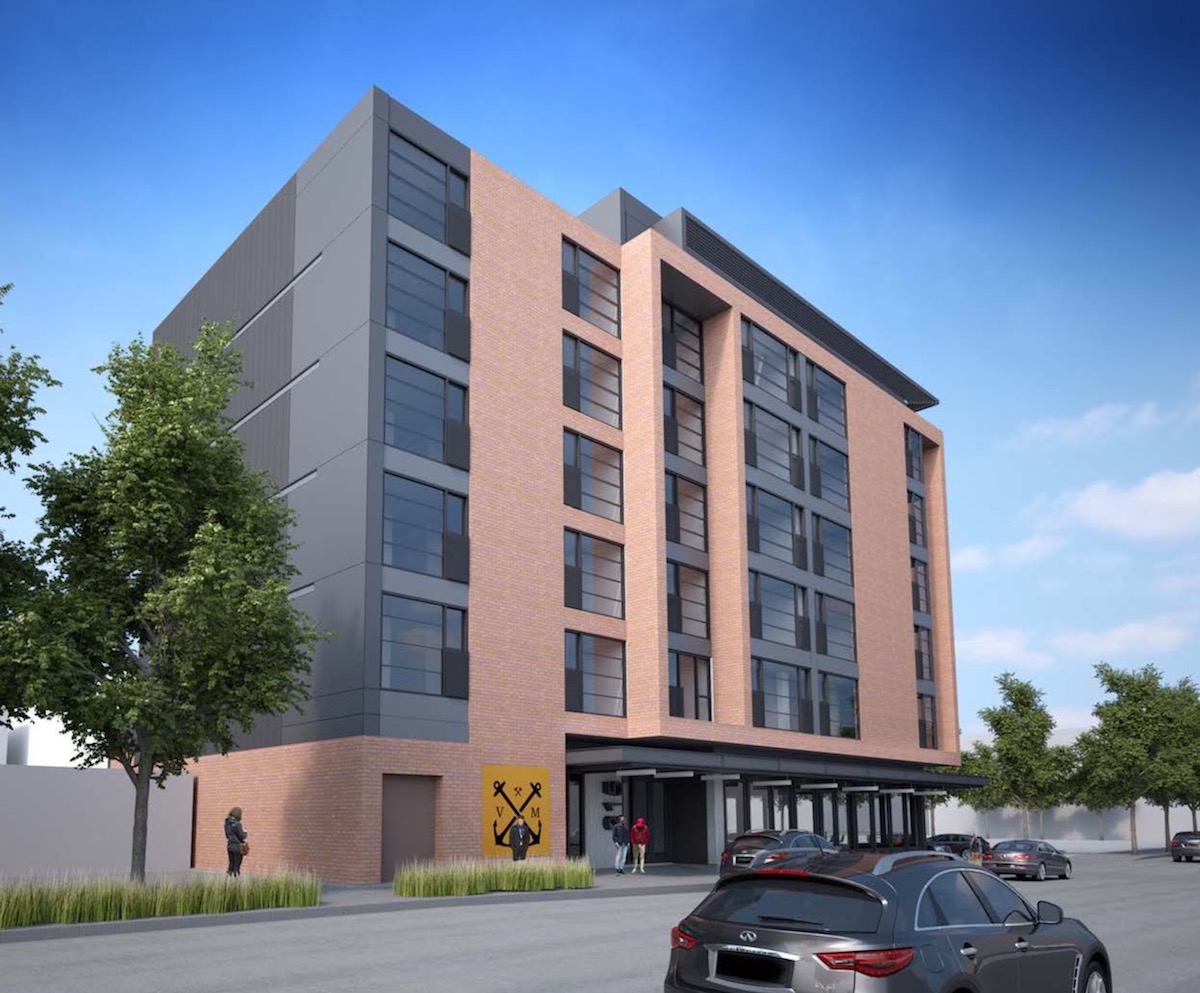 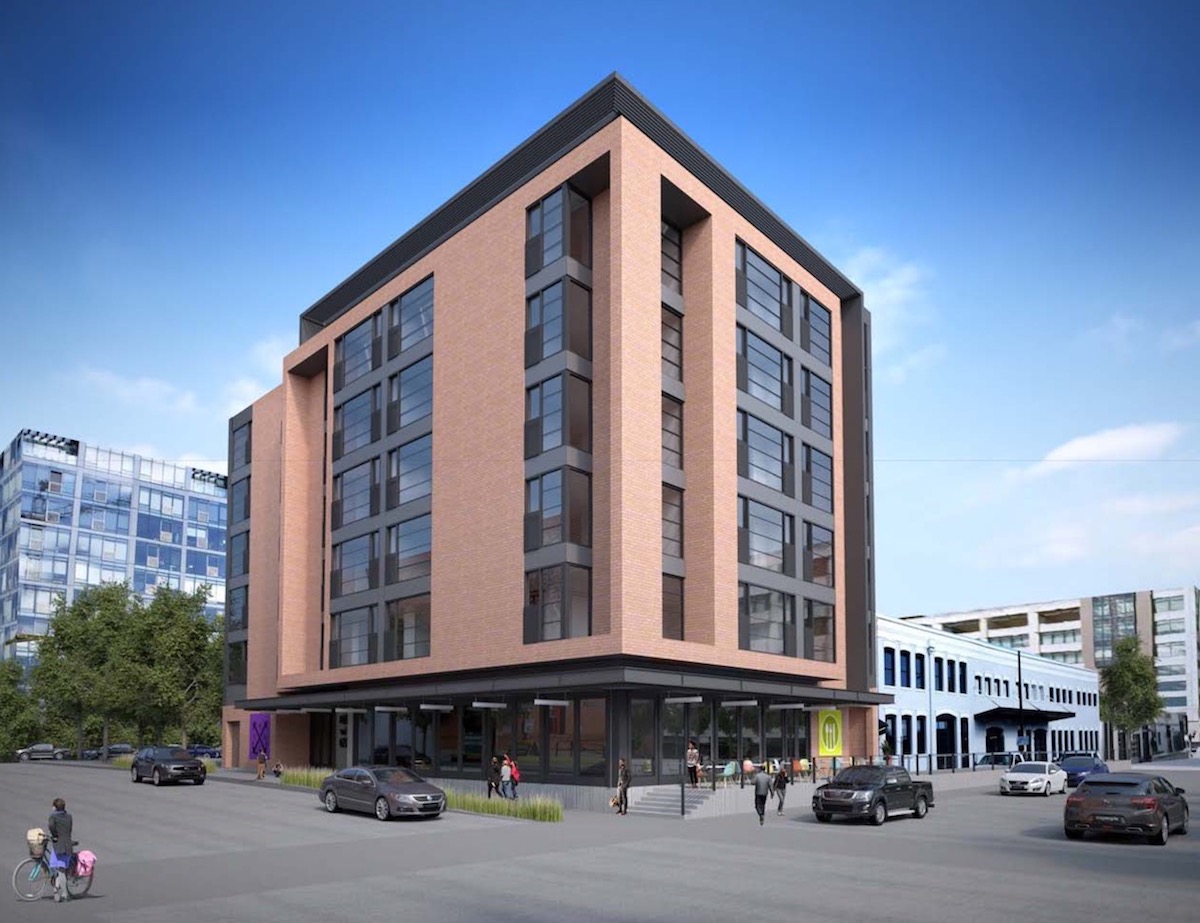 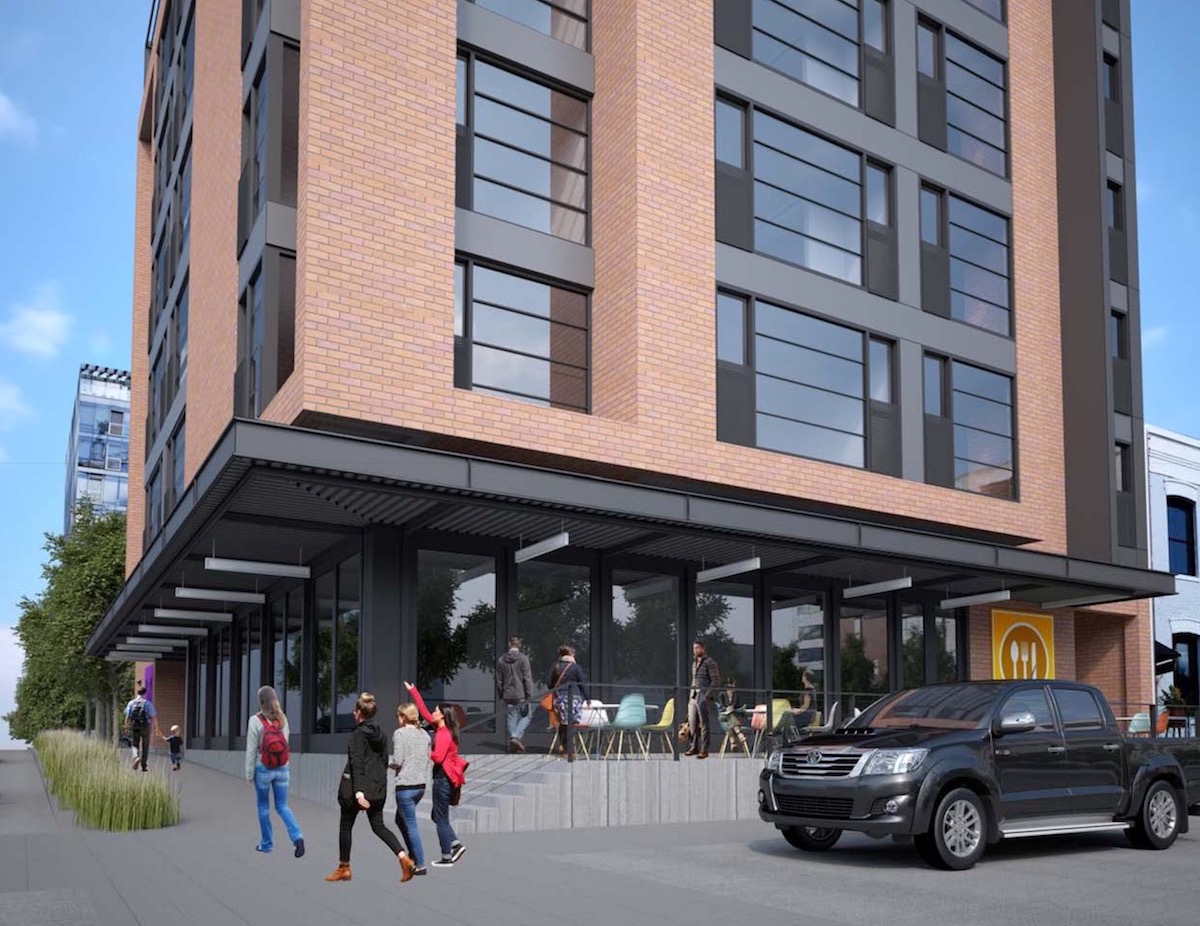 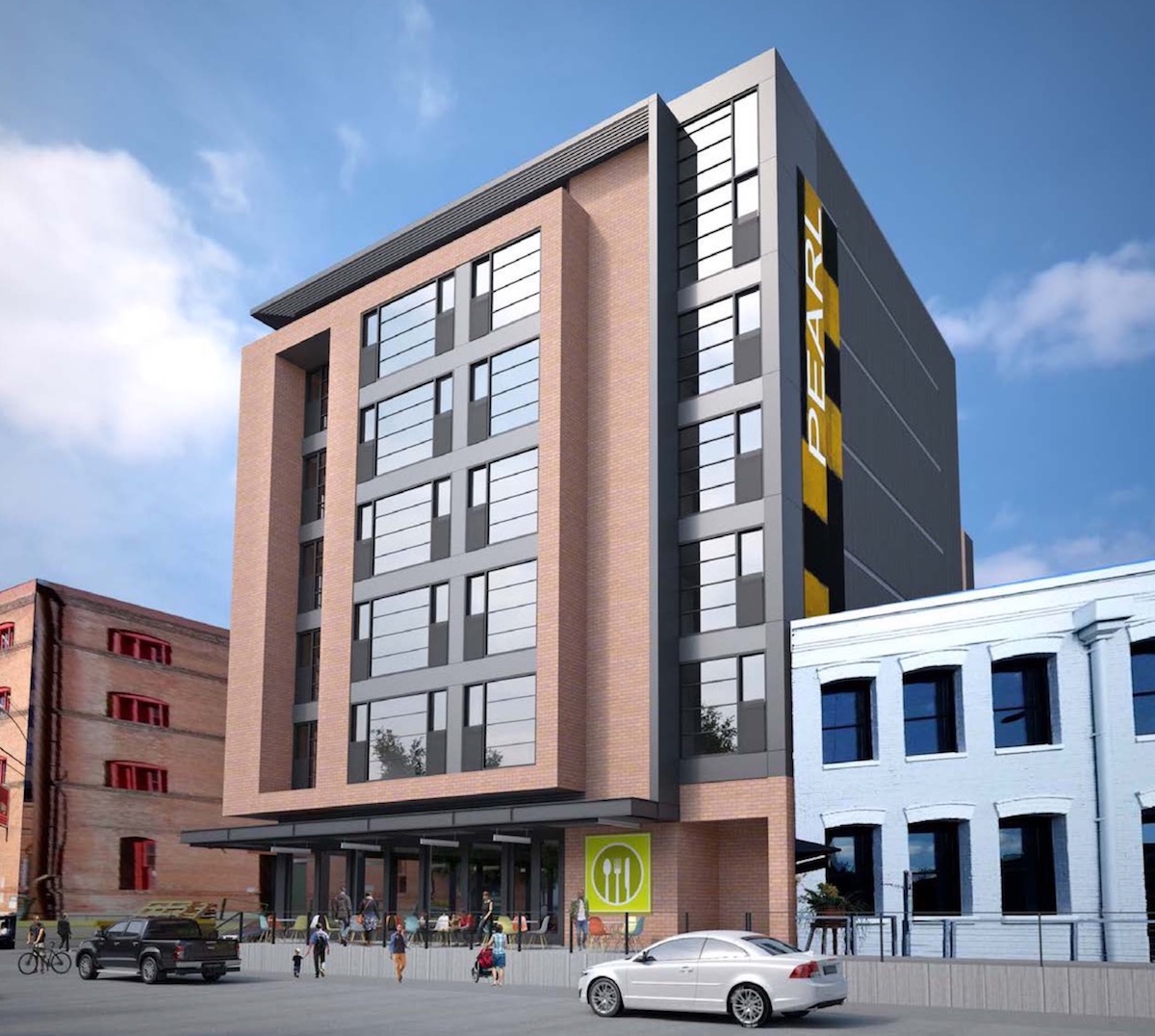 In Option C, the primary material for the building would be a white brick. 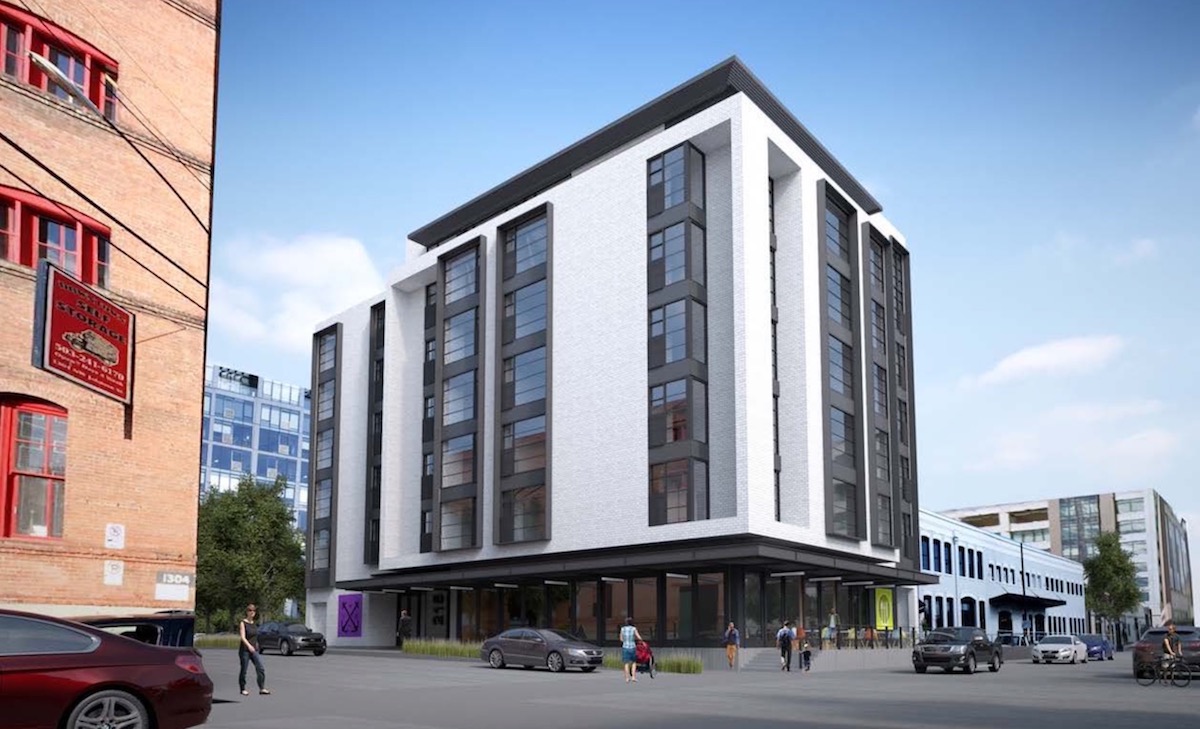 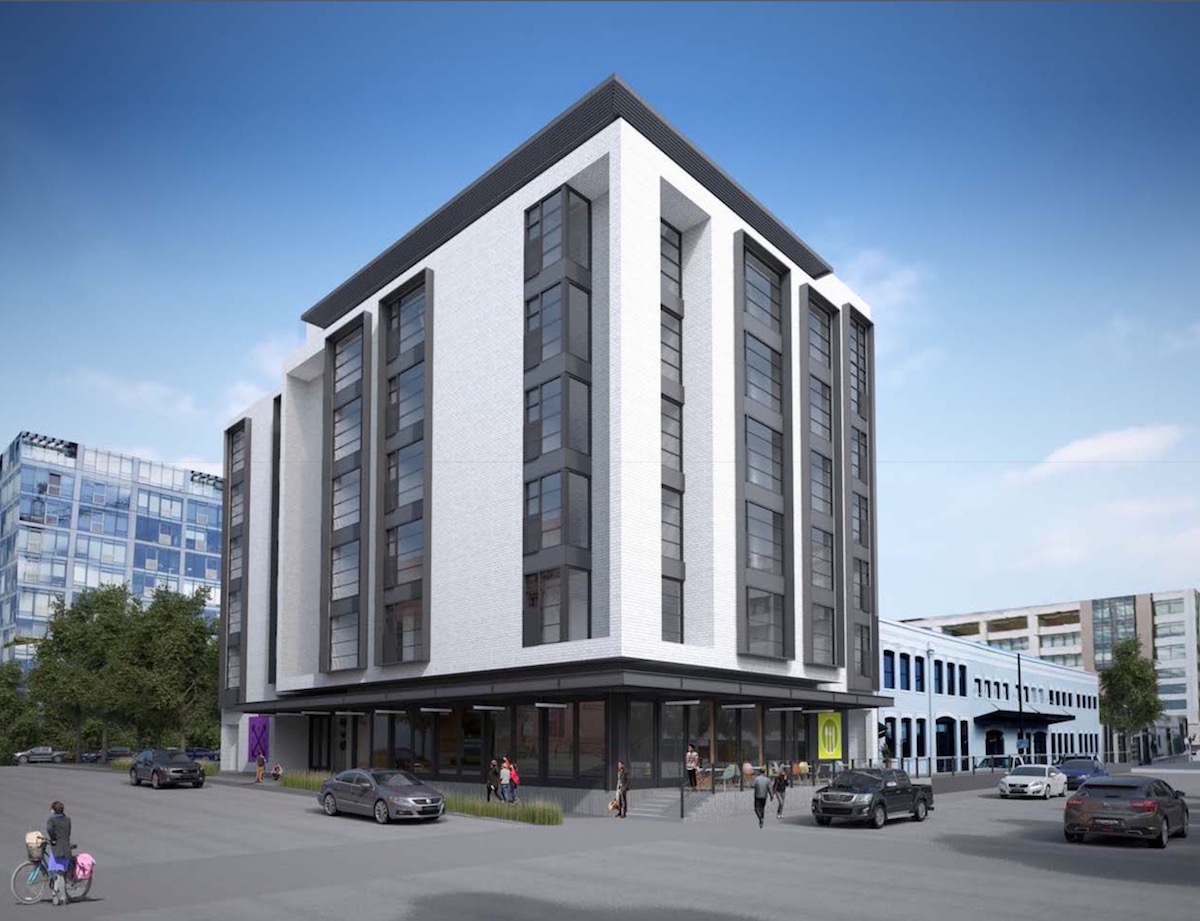 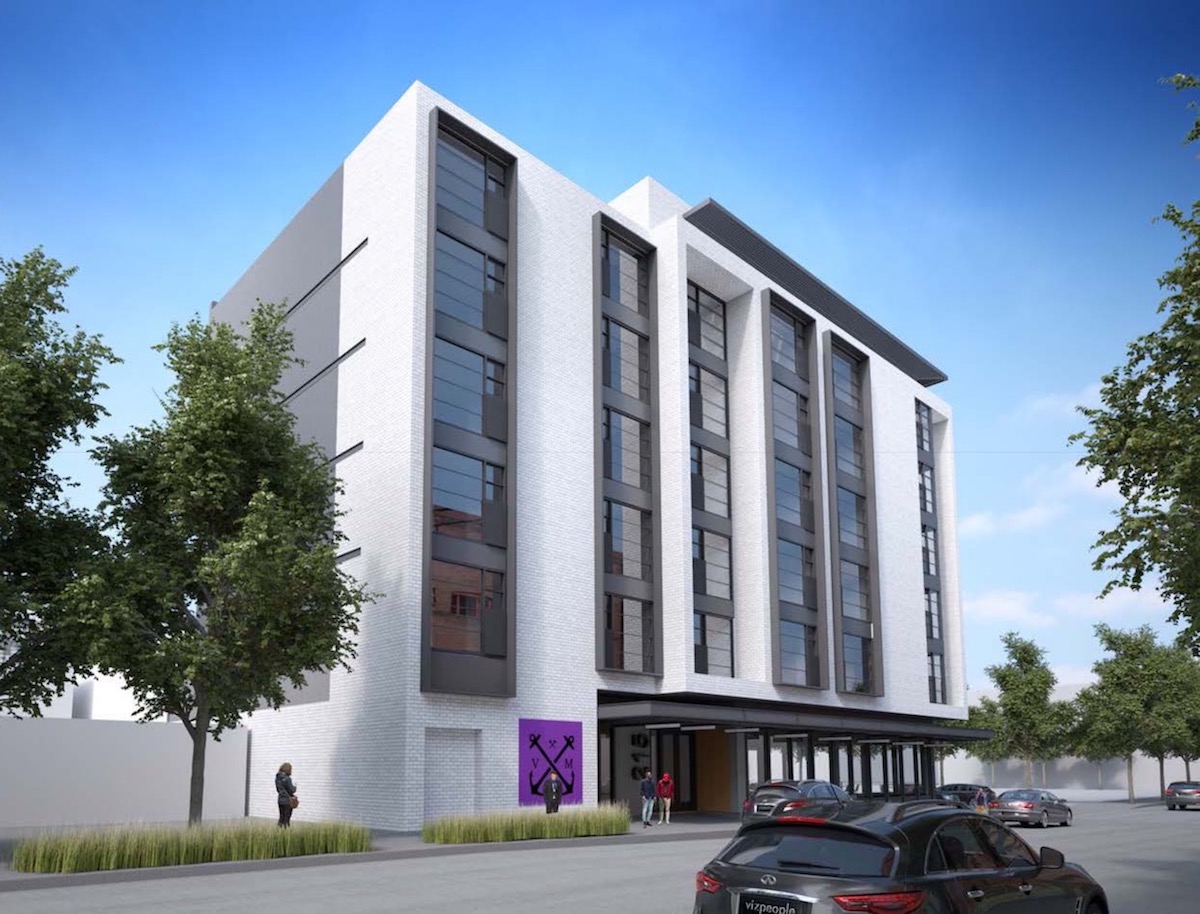 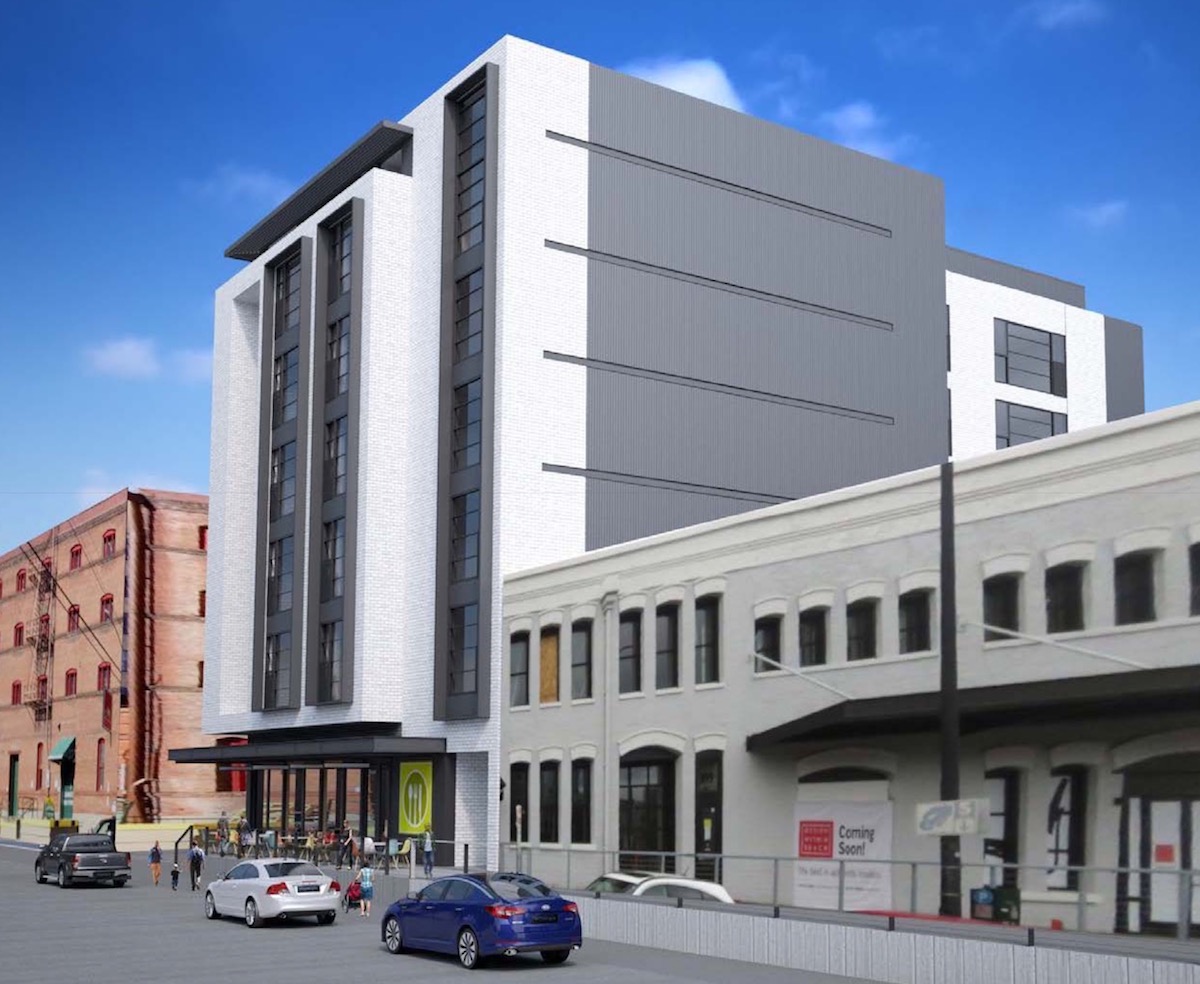 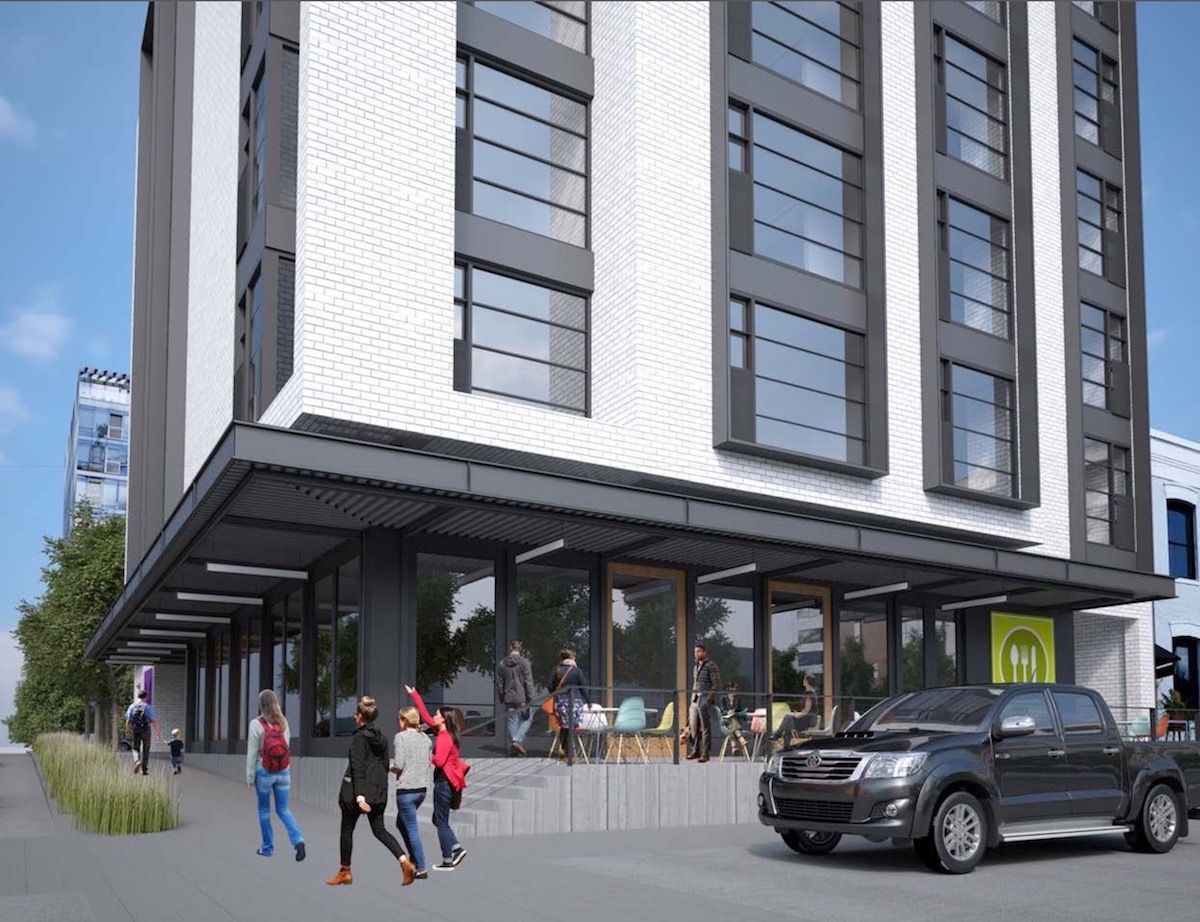 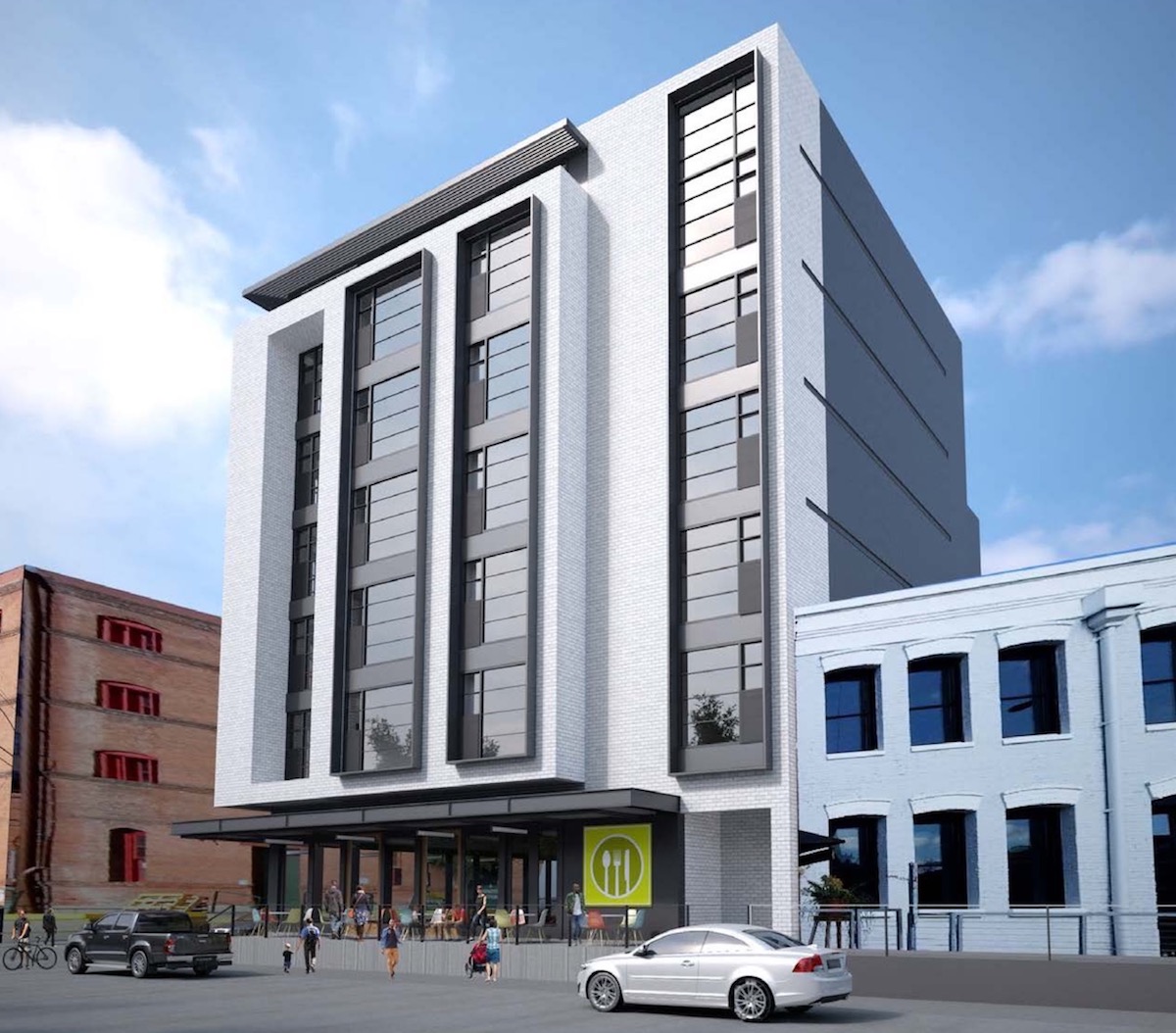 A staff memo to the Design Commission, published before the advisory hearing, outlined potential areas for discussion, including: the massing, scale and design character of the building; the ground floor program and entries; and the materials proposed. A major area of discussion was the massing of the building, and in particular the elements that project over the right-of-way. The Design Commission was in support of the projections over NW Johnson, but not over NW 13th Ave, which—as noted by a member of the Pearl District Neighborhood Association—is the only street in the city where it is typical for buildings to viewed by pedestrians from the center of the street. Newly appointed member of the Commission Sam Rodriguez suggested reducing the massing on NW 13th and increasing the height, by constructing the building with five levels of wood over two levels of concrete (which the Bureau of Development Services Life Safety division has recently started to allow). Commissioner Livingston suggested that if Option A was to move forward the number of materials should be reduced, while Commissioner Vallaster indicated his preference for Option B, though suggested simplification of the massing. 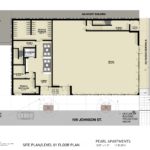 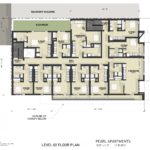 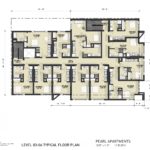 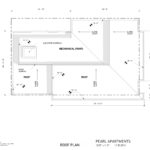 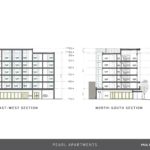