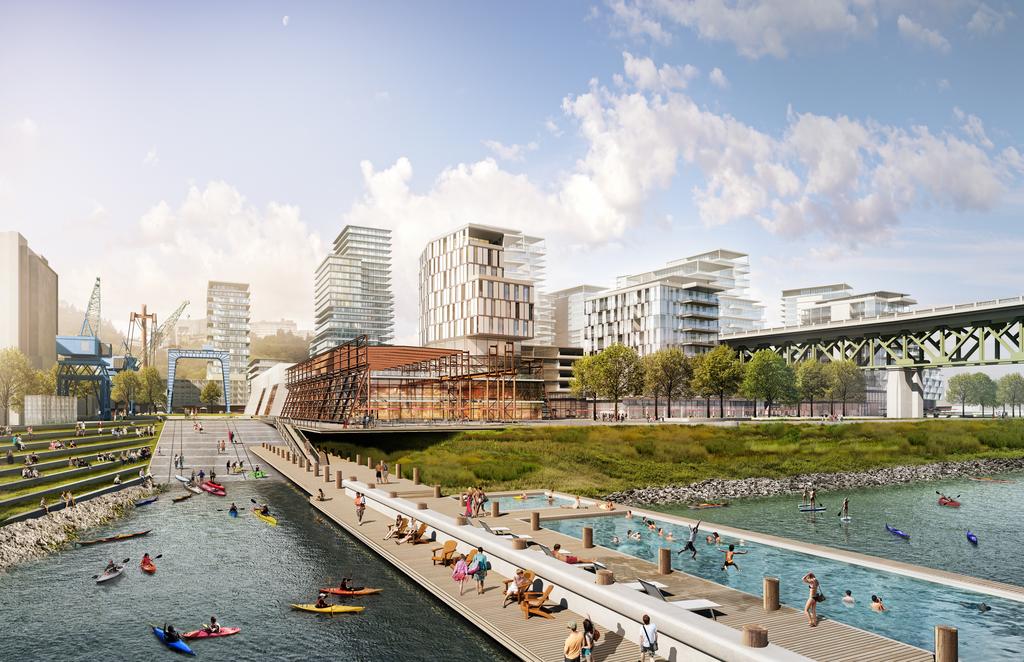 A new vision for the Zidell Yards site, which would include the retention of the gantry crane and the adaptive reuse of the existing barge building

The Portland Business Journal reported that ZRZ Realty has unveiled its latest vision for the Zidell Yards. At full build-out, the site could accommodate “15 to 20 new buildings and up to 5 million square feet of mixed-use space.”

The Portland Tribune reported that average rents have begun to fall as increased housing supply comes on to the market.

The Portland City Council held its first public hearing on the city’s proposed Inclusionary Housing ordinance. Many of those testifying were biking and walking advocates, wrote BikePortland.

The DJC wrote about Koz Development’s plans for two buildings in Northwest Portland*, at 1111 NW 16th Ave and 1015 NW 16th Ave, which when considered together will include 223 units and no parking spaces.

A new apartment building with no parking is proposed at 1621 NE 41st, according to the Hollywood Star News.

BikePortland reported that when the City reconsiders its Systems Development Charge methodology next year, it will change from considering vehicle trips generated by new development to “person trips”.