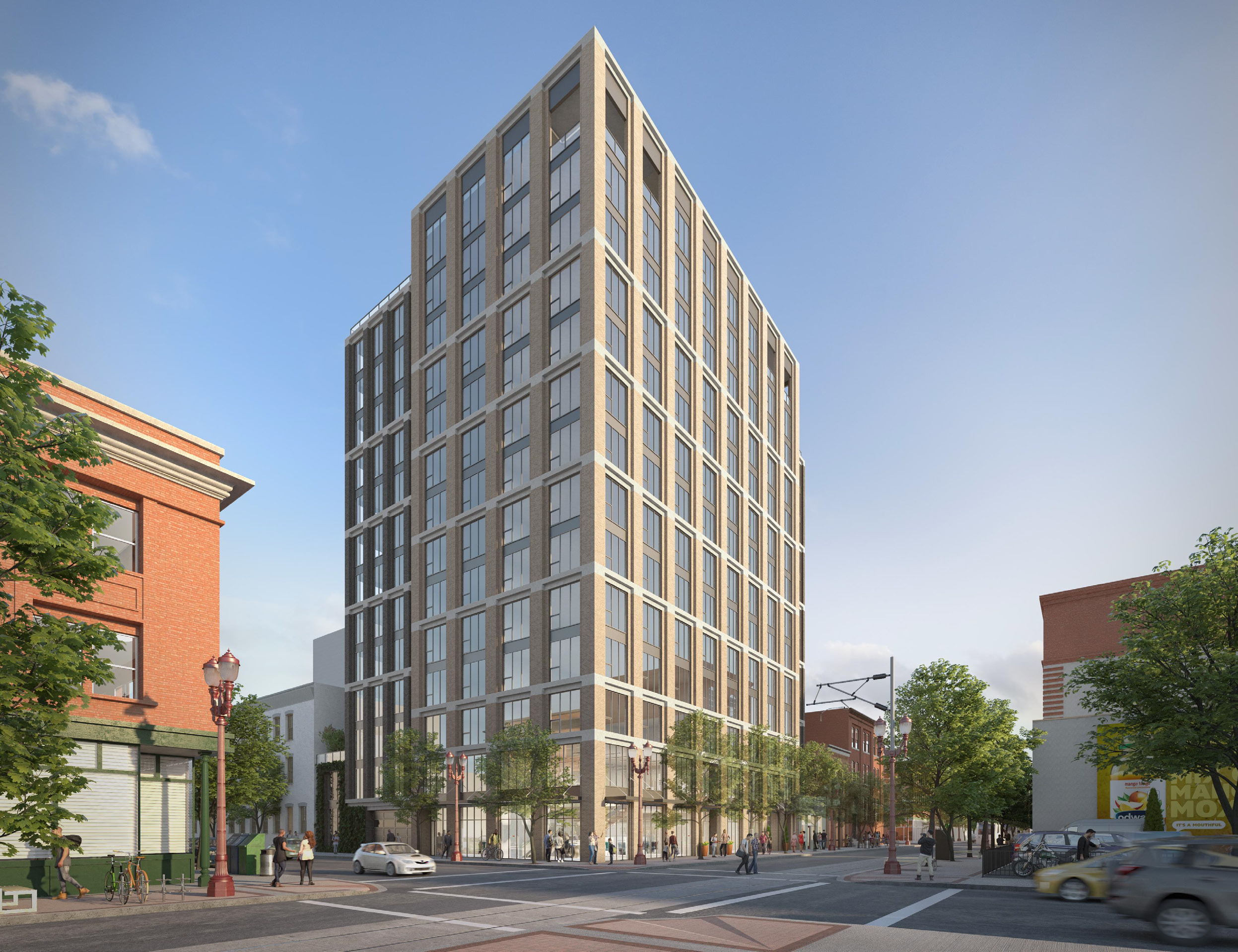 At the project’s first design advice request hearing demolition of the Harper Brass Works Co Building was proposed, which would have required city council approval. In the revised proposal enough of the existing structure, including the street facing facade, would remain for the project to be considered an addition to the historic building.

At 13 stories the New Omni would be significantly taller than any of the contributing structures in the historic district, though of a similar height to the Pacific Tower, which was built in 2000. Under the current zoning code the maximum height allowed on the site is 425′. Under the Central City 2035 zoning code revisions, scheduled to come into effect on May 24th, the maximum allowable height on the site would be reduced to 125′. An amendment to the plan, proposed by Mayor Wheeler, would slightly lessen the degree of downzoning proposed and allow buildings of up to 160′ on the four blocks bound by NW 5th, Glisan, 3rd and Everett. The council is scheduled to vote on the package of Central City 2035 amendments at a closed hearing on March 7th. 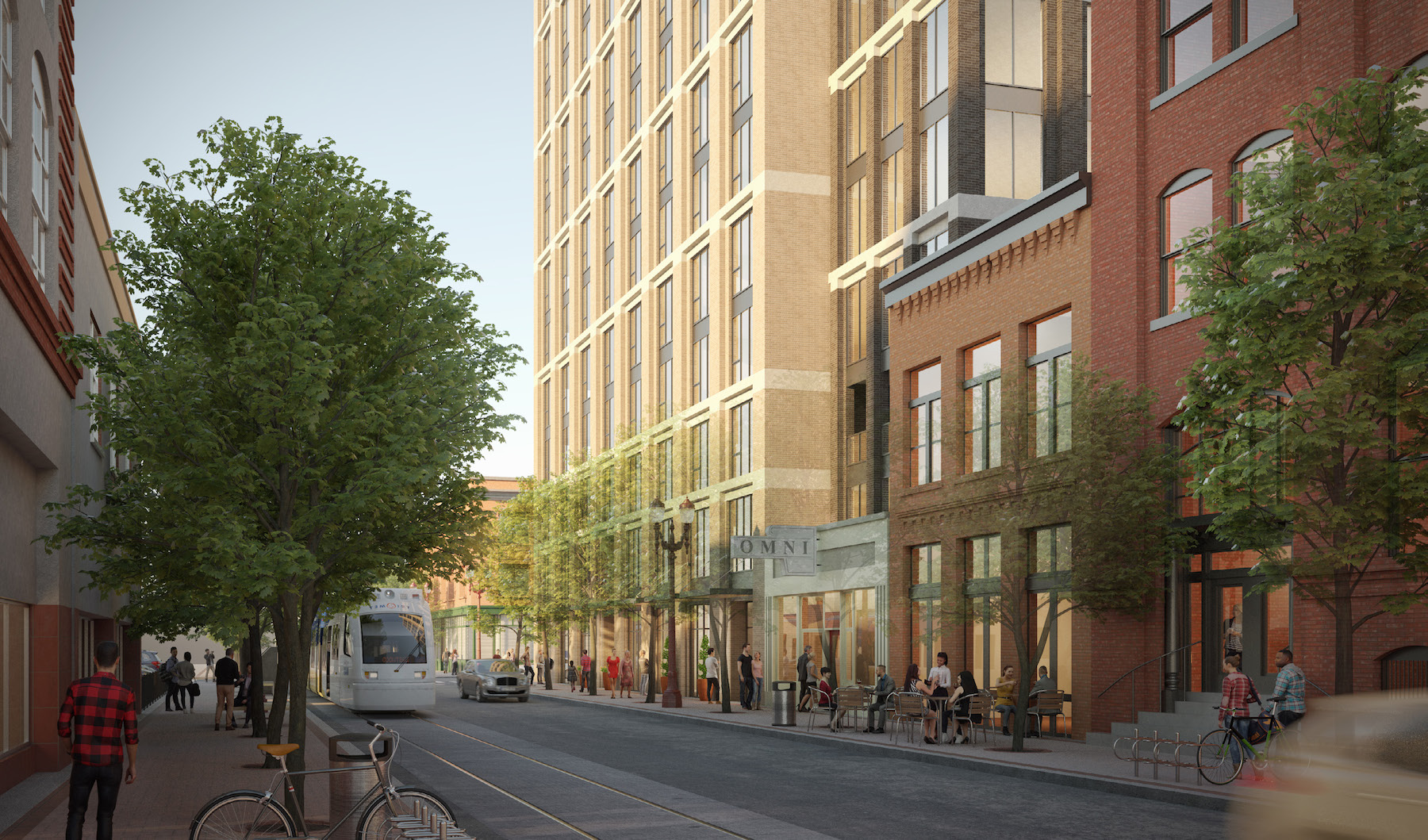 Proposed materials for the tower include brick in two colors, precast concrete, and dark fiberglass windows.

At the December 7th advisory hearing the project faced substantial opposition from the Landmarks Commission, as summarized in a staff memo. Concerns were largely centered around the scale of the building. Commissioners Roman, Minor, and Chung believed that the project is too large for the district, which is primarily composed of much shorter buildings. Commissioners Foty and Mahoney indicated they were comfortable with the height, while Commission Chair Ranzetta indicated that he could accept the height if the ground floor was very well articulated. Other concerns were raised about the facade articulation, with one commissioner stating that the detailing is “very harsh and reminiscent of fascist architecture”.

As reported by the Willamette Week in January it is now unclear whether the project will proceed. In order to gain approval the project would need to go through a Type III Historic Resource Review, with public hearings in front of the Landmarks Commission. Should the city council choose to reduce the allowable height on the site to below what would be needed for a 13 story building then the project would have to be submitted for review before May, or return as a smaller building. 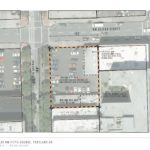 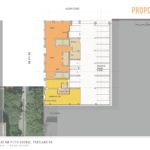 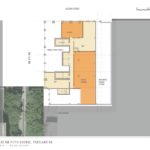 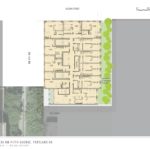 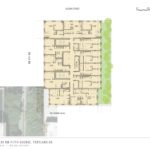 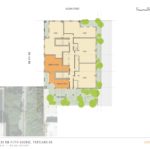 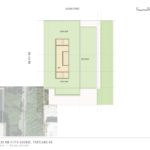