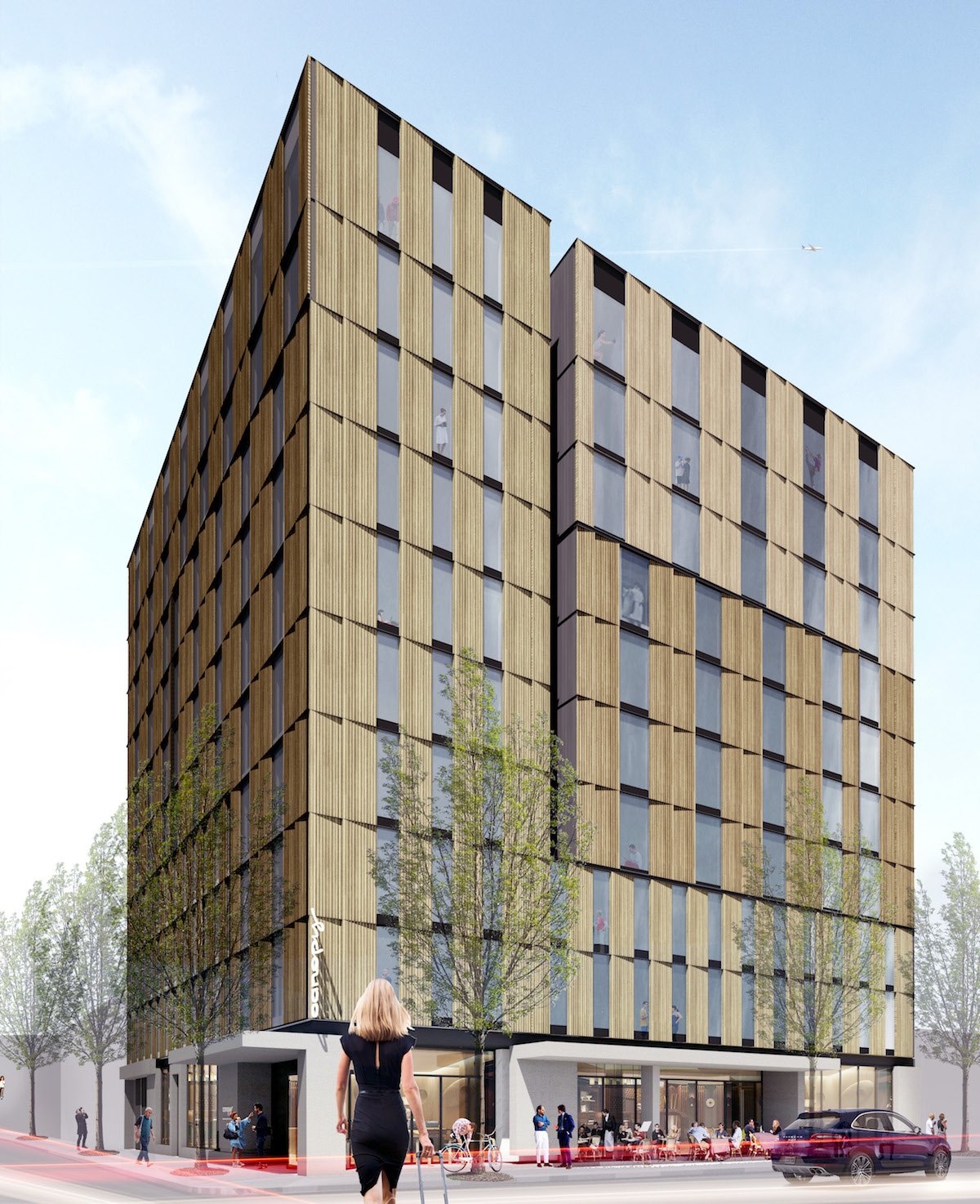 A new restaurant named Canopy will open this May in the ZGF Architects designed Canopy Hotel.

Pearl District residents turned out at city council in an attempt to block the Fremont Place Apartments, writes the Oregonian. The Willamette Week reported that a former president of the Pearl District Neighborhood Association warned that if efforts to block housing are successful the neighborhood “could become an urban gated community for the landed class.”

The Portland Mercury reported that the Canopy Restaurant will open this May in the Pearl District Canopy Hotel.

The Daily Journal of Commerce reported on the demolition of the old OHSU School of Dentistry, which is being torn down with “Jurassic flair“*. The building will be replaced by the new OHSU Elk’s Children Eye Clinic.

The Portland Mercury reported that the decades old Chinese Village restaurant has closed its kitchen. A 20,480 square feet grocery store proposed for the site at 520 SE 82nd Ave was recently submitted for building permit review.

The Daily Journal of Commerce published photos of the demolition of the old Fishels Furniture building. It is being torn down to make way for the 5 MLK development.

Architect and City Council Candidate Stuart Emmons is “angling for the anti-development vote in Portland”, according to the Willamette Week.