Construction has been underway since August on a new apartment building at SE 27th & Ankeny. The 5 story building will include 50 residential units, with 11 car parking spaces at the ground floor. Each apartment will have a dedicated bicycle space, and 18 common use bicycle spaces will be provided in a secure room at the ground floor. As with the 19th & Morrison and 39th & Tillamook projects, the building design is by Myhre Group Architects for developer UDG. 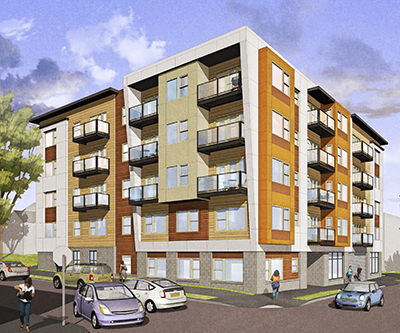 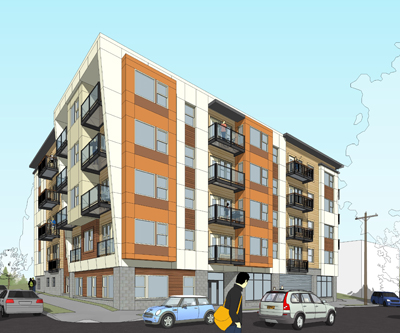 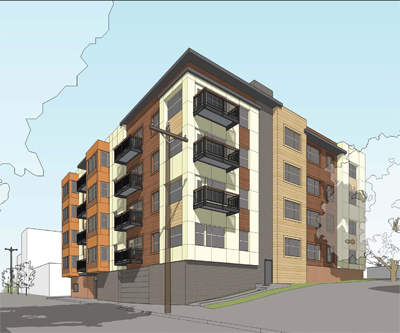 The site, seen here in 2011, previously had two metal structures on it. The buildings, listed in Multnomah County records as having a “Generic Shop / Garage Use”, were built in 1941. An existing 1924 house on the same lot will remain.