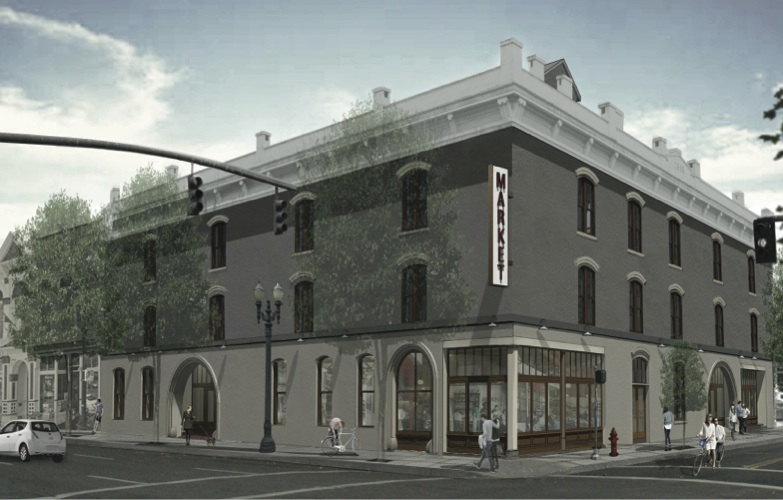 The three-story warehouse building was built in 1886 as a carriage storage house. It has seen a number of uses over the years, including being the home of the original Old Spaghetti Factory, which opened in 1969.  Most recently the building operated as an underage nightclub. 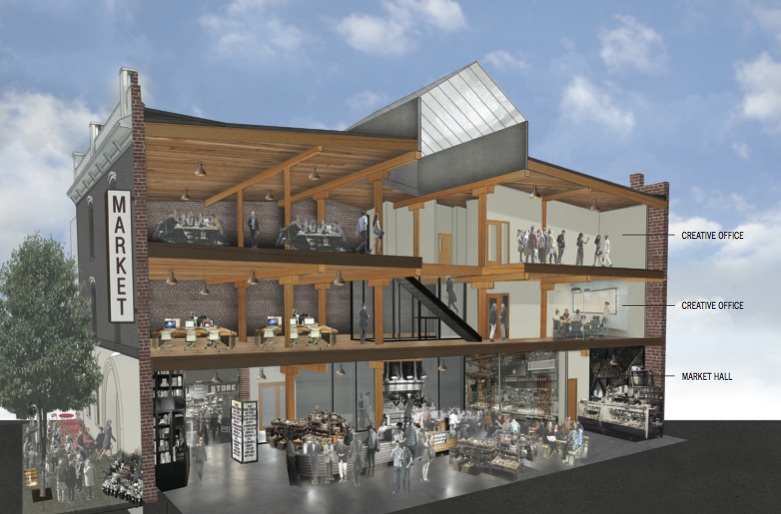 The building is a contributing resource in the Skidmore/Old Town Historic District, which was designated in the National Register of Historic Places in 1975. The building was also designated as a Portland Historic Landmark,  in 1981. A Historic Resource Review [PDF] for the Pine Street Market project was approved this earlier this year. It was found that “the proposed improvements preserve the materials and integrity of the historic landmark, enhance the pedestrian experience and complement the materials and design of the existing building.” 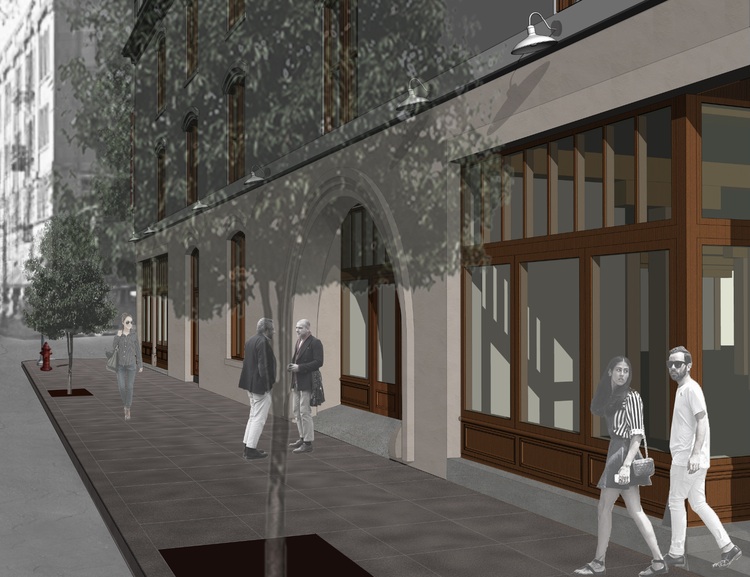 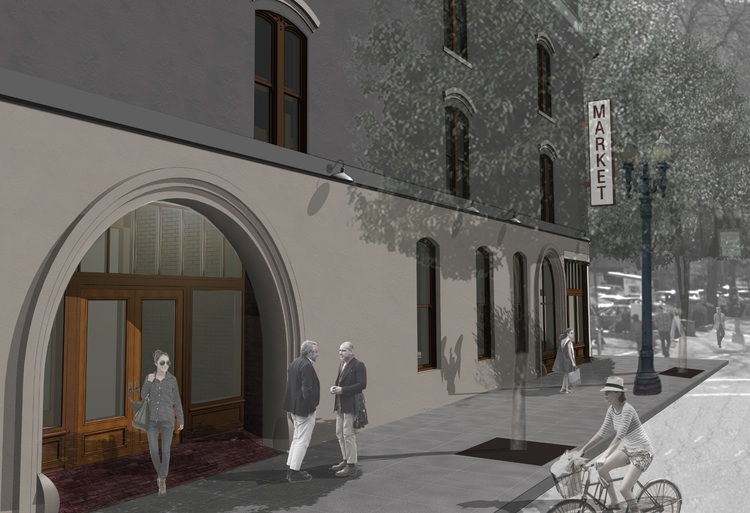 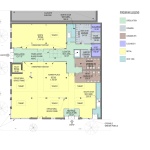 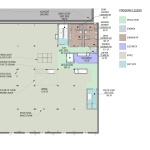 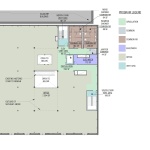