The Design Commission has approved the Modera Davis, a 12 story mixed used building by SERA Architects for Mill Creek Residential Trust. The building will include 204 apartments and 7,600 sq ft of ground floor retail. A below grade parking garage will provide 145 vehicular parking spaces and 308 long term bicycle parking spaces. At the 12th floor the building will include four residential units, each of which would have private terraces at the corners. The 12th floor will also be home to the building’s amenity features, including a fitness room, club room, dog lounge, dining room and three large exterior terraces. 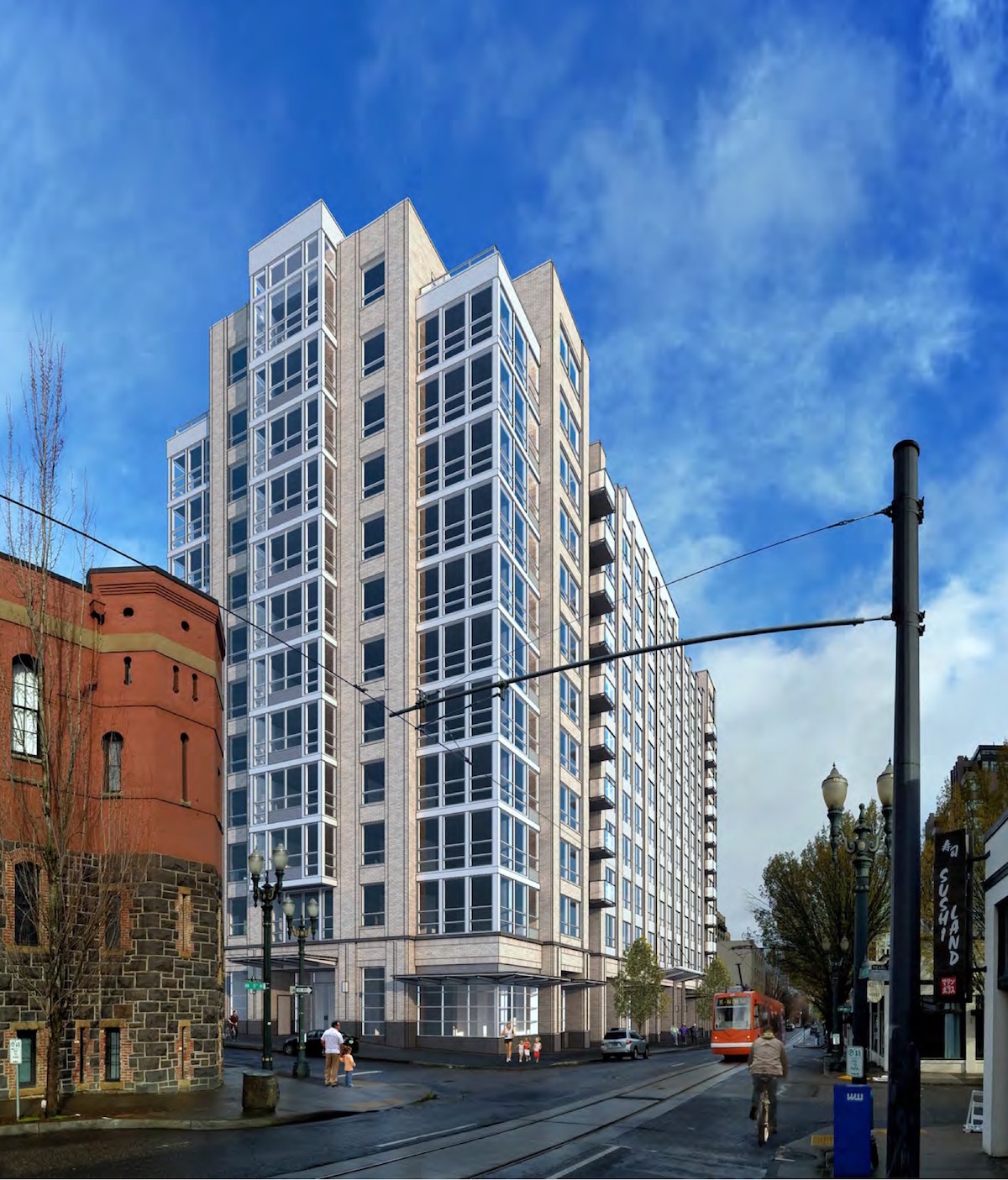 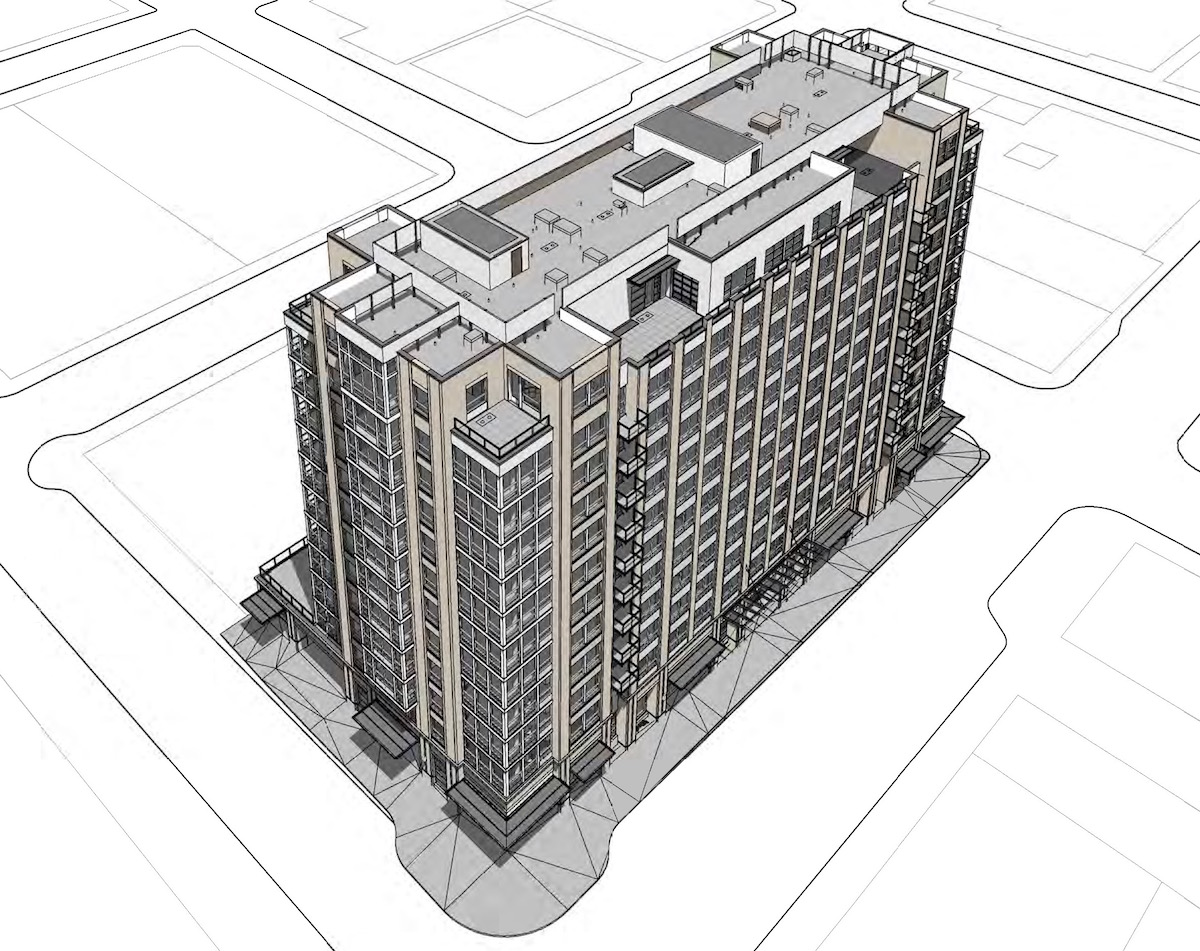 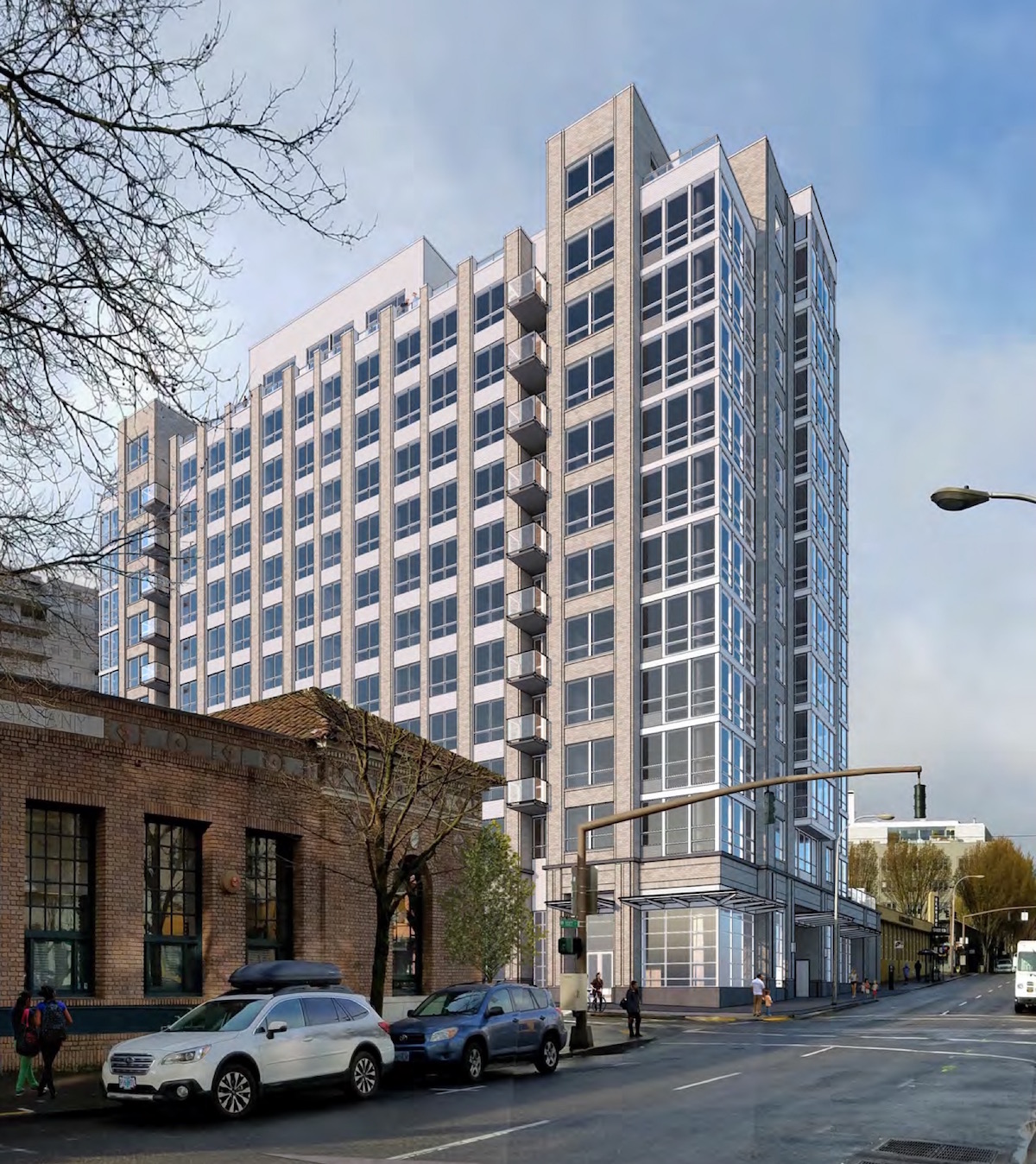 The building is arranged as a bar, oriented to NW 10th Ave. At the west property line the building will set back 20′ from the abutting Deschutes Brewery building and the Bearing Company building on NW 11th Ave. Primary materials for the building include brick masonry, box rib metal panels, steel balconies, vinyl windows and aluminum storefronts. 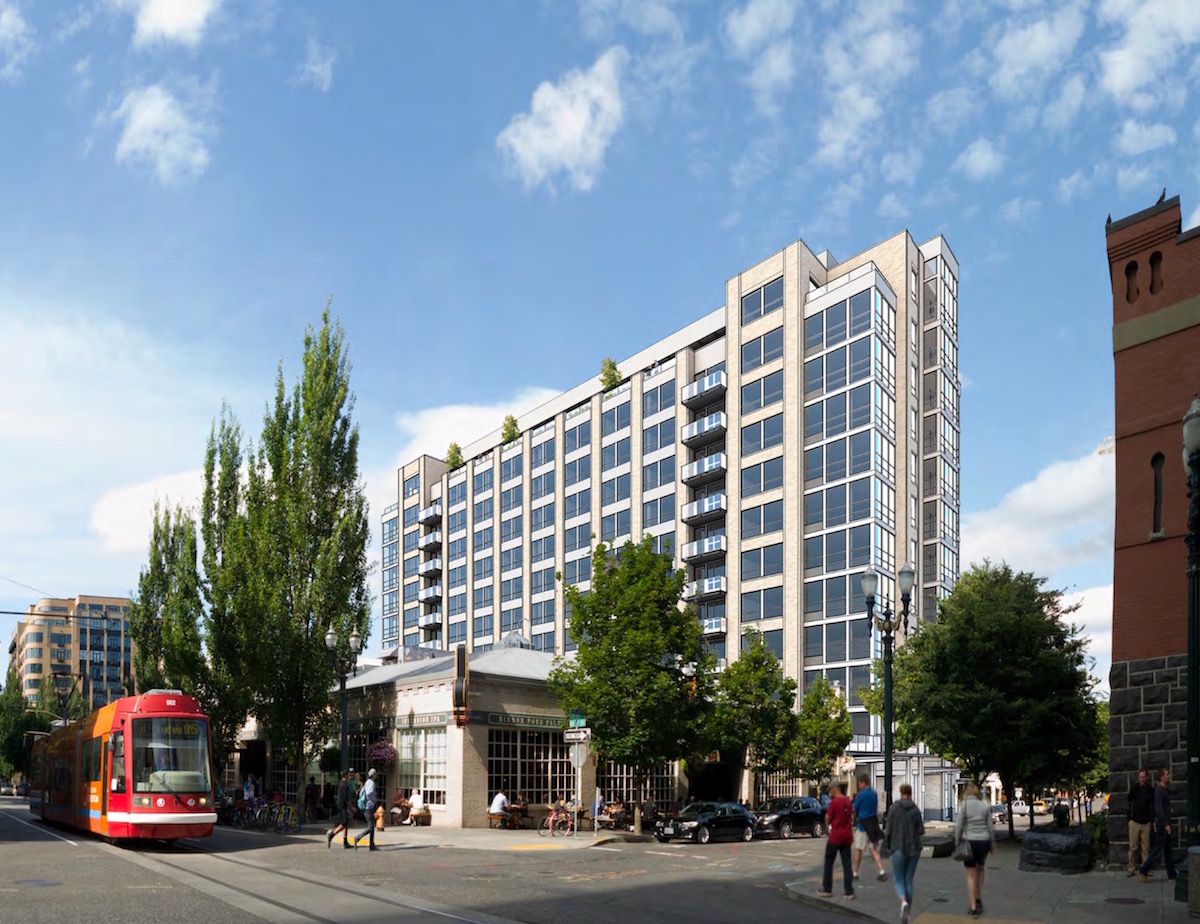 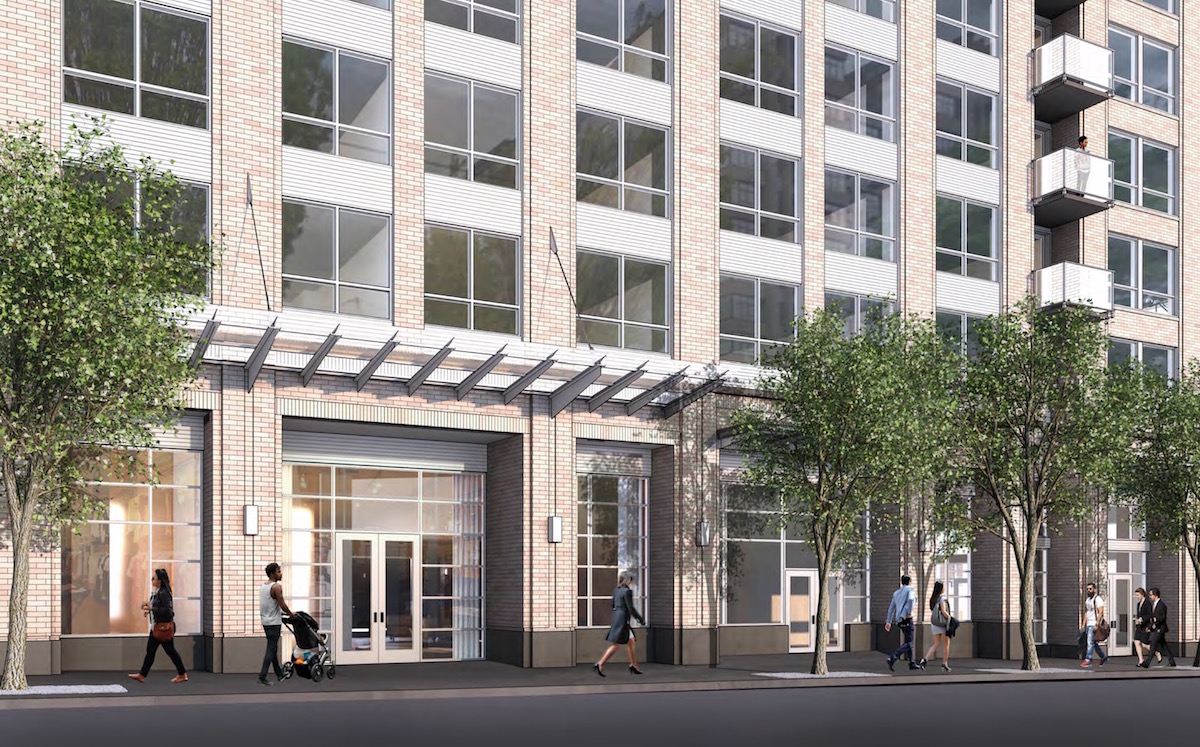 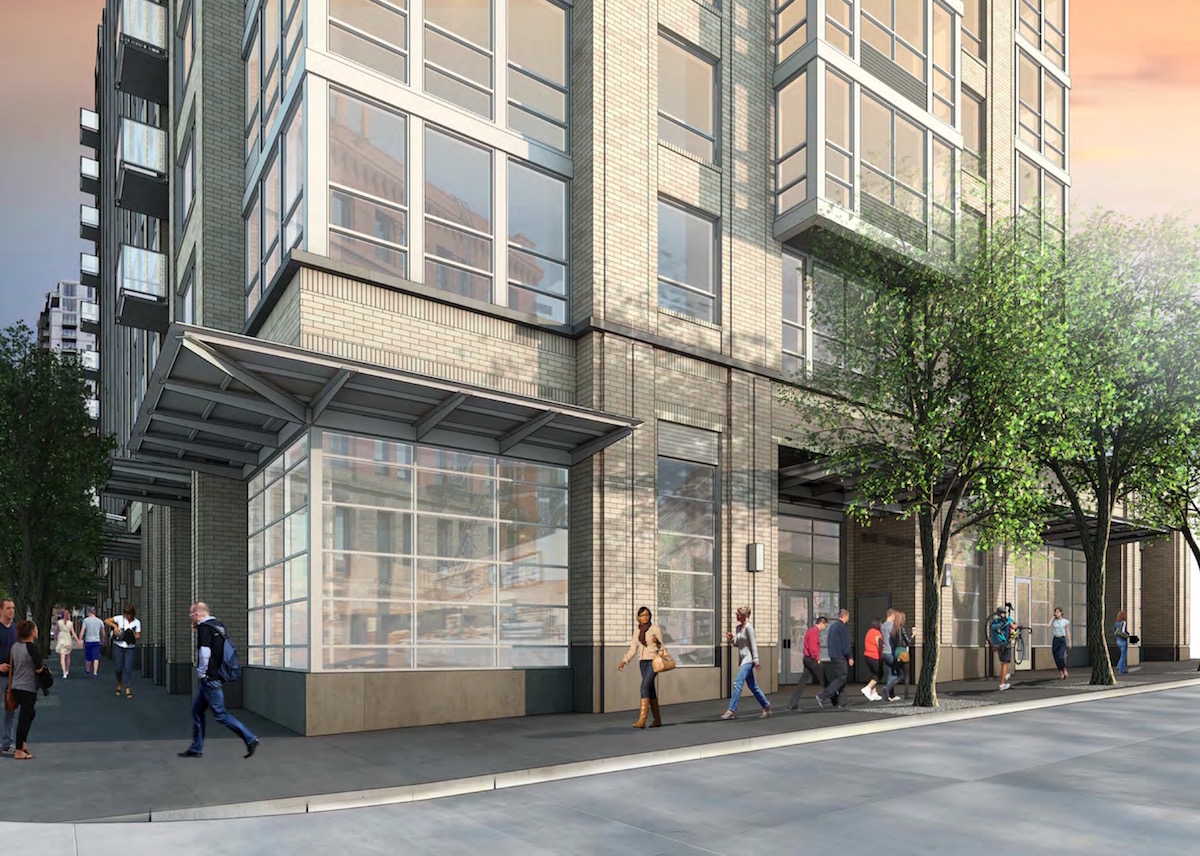 The Modera Davis went before the Design Commission twice before: once for for Design Advice in April 2016; and for a Design Review hearings in August. Changes made since the first hearing in August included: a change in the color of the brick, along with an increase in the amount of brick or glass and a decrease in the amount of metal panel; a change in the elevations to achieve a more uniform treatment of the columnar blocks; and changes to the micro retail space on NW Davis to better respond to the adjacent Deschutes brewery. Before casting his vote to approve the project, Commissioner Vallaster offered his thoughts on the changes:

I think the changes are very positive. Going to the light brick was a very positive move, from the dark brick. Simplifying it and getting rid of the slot in the middle made for a simpler mass, closer to the original, which I think was stronger than what was shown to us last time. The increase in glass is a real positive move; tenants are certainly going to appreciate that over keeping it more cloistered as you had it before. I think the canopies have improved down at the pedestrian zone. All told, I think there’s been some signficant progress here.

The project was approved by a 4-1 at the Design Commission’s September 8th hearing, with Commissioners Clarke, Vallaster, Molinar and Livingston voted to approve the project. The lone vote against the project was by Commissioner Savinar, who was concerned that the building was too much development for the site. 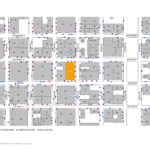 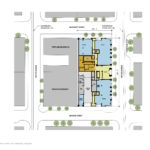 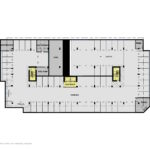 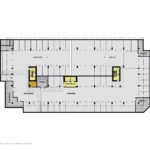 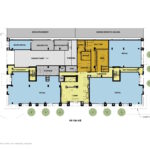 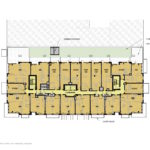 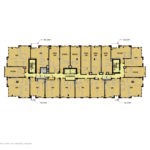 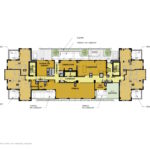 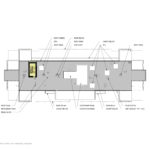 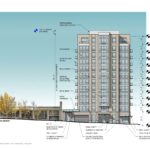 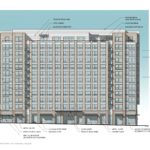 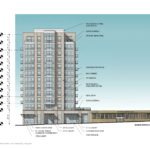 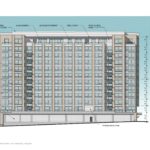 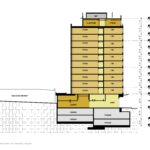 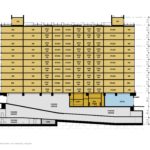