The Allied Works designed expansion of Providence Park has been approved by both the Design Commission and City Council. The $50 million privately funded project will add 4,000 seats to the east side of the stadium, bringing its capacity to just over 25,000. The roof of the new structure will reach a height of 93′-2 1/2″ above the concourse and 124′-11 1/2″ above the field. 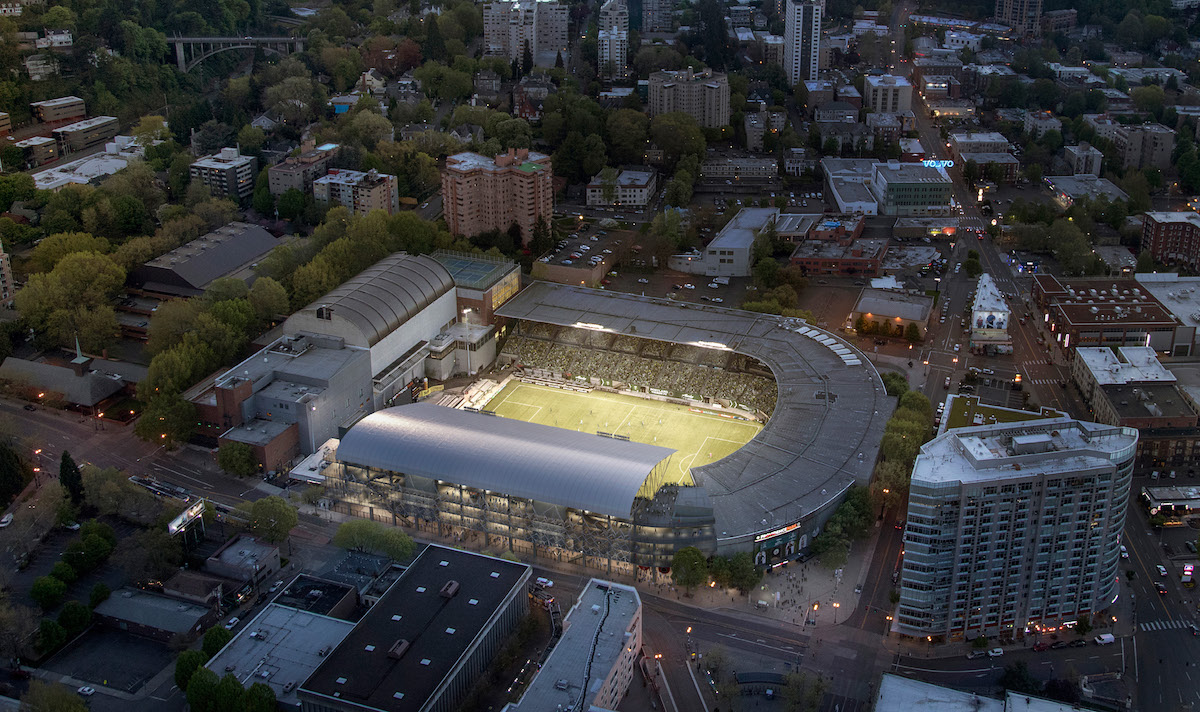 The history of Providence Providence dates back to 1893, when the site was known as Multnomah Field. The stadium seen today was designed by AE Doyle, and opened in 1926. In 2011 the stadium for renovated and expanded for use by the Timbers, to designs by Ellerbe Becket, with new seating added at the east side of the pitch. The roof that was added as part of the 2011 expansion will be removed to make way for the additional seating proposed as part of the latest remodel.

The new structure will extend over the sidewalk on SW 18th Ave, creating a covered arcade of at least 11′ wide. In order to get sufficient width for the arcade the sidewalk will be widened, with existing on-street parking removed. The street facing facade will have a “lacework” pattern, constructed with tensile tube steel. Other materials will include exposed concrete, glazing, and steel guardrails. A translucent fabric material will be used for the roof, allowing natural light to reach into the stands below. 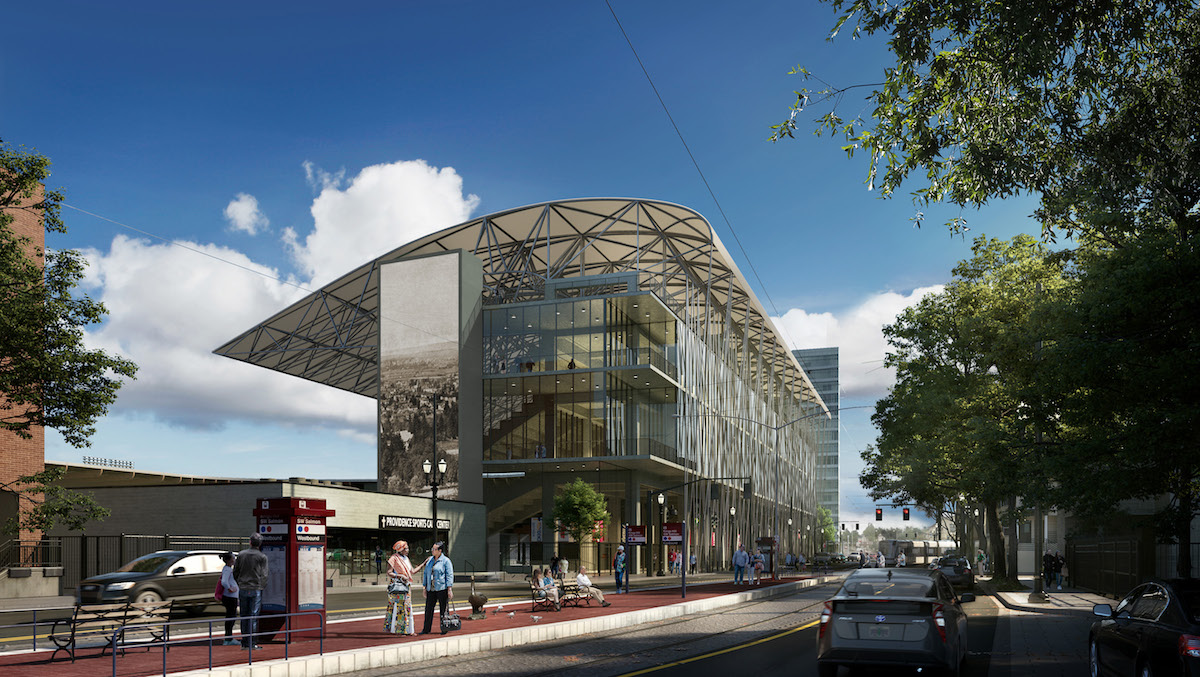 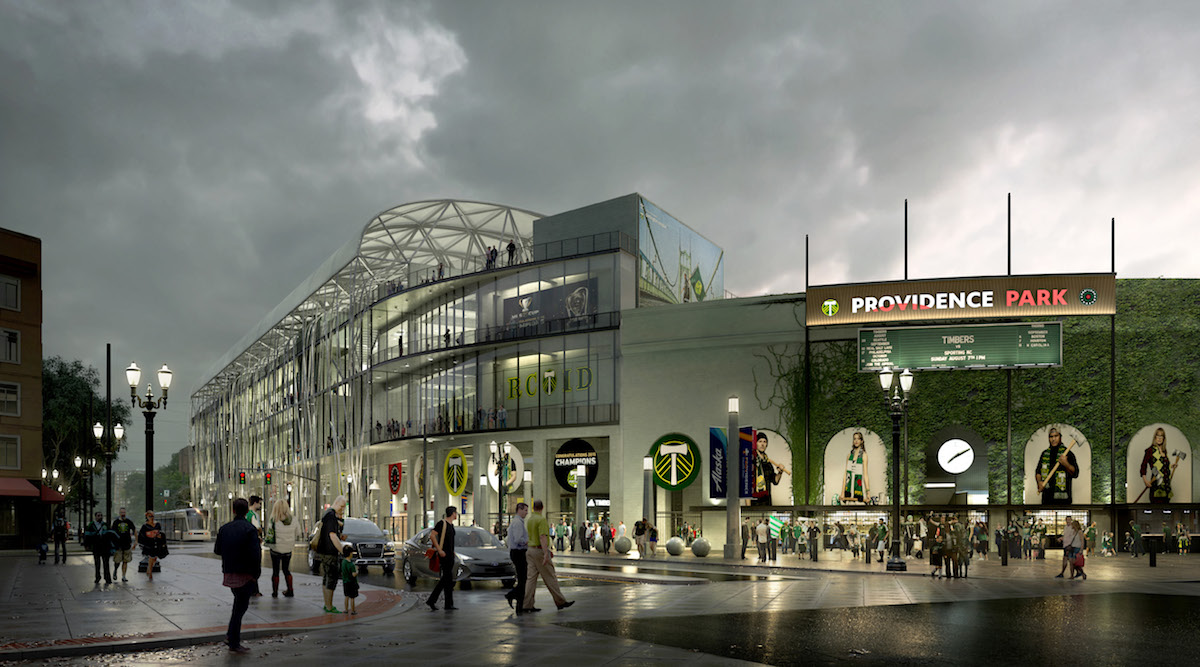 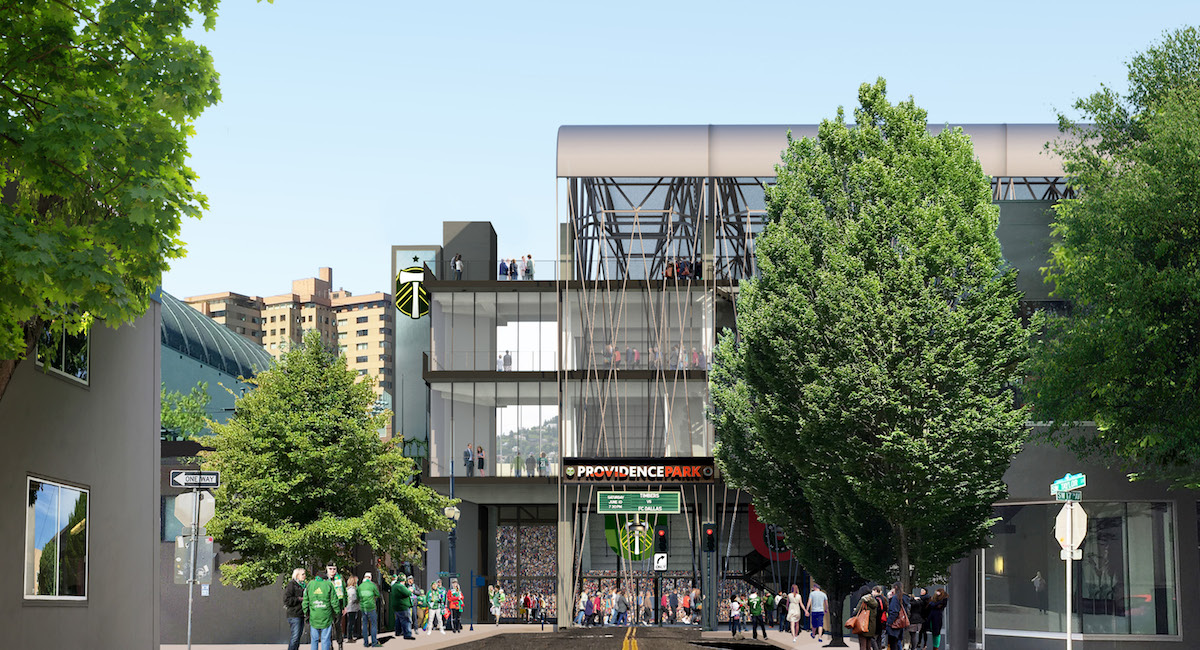 The seating will be arranged in a stacked vertical configuration, inspired by venues such as Buenos Aires’ La Bombonera and London’s Shakespeare’s Globe. At the Design Advice hearing in May of 2017 four tiers of new seating were proposed. As approved, the stadium will have three new tiers, although the total increase in seated capacity will remain the same. 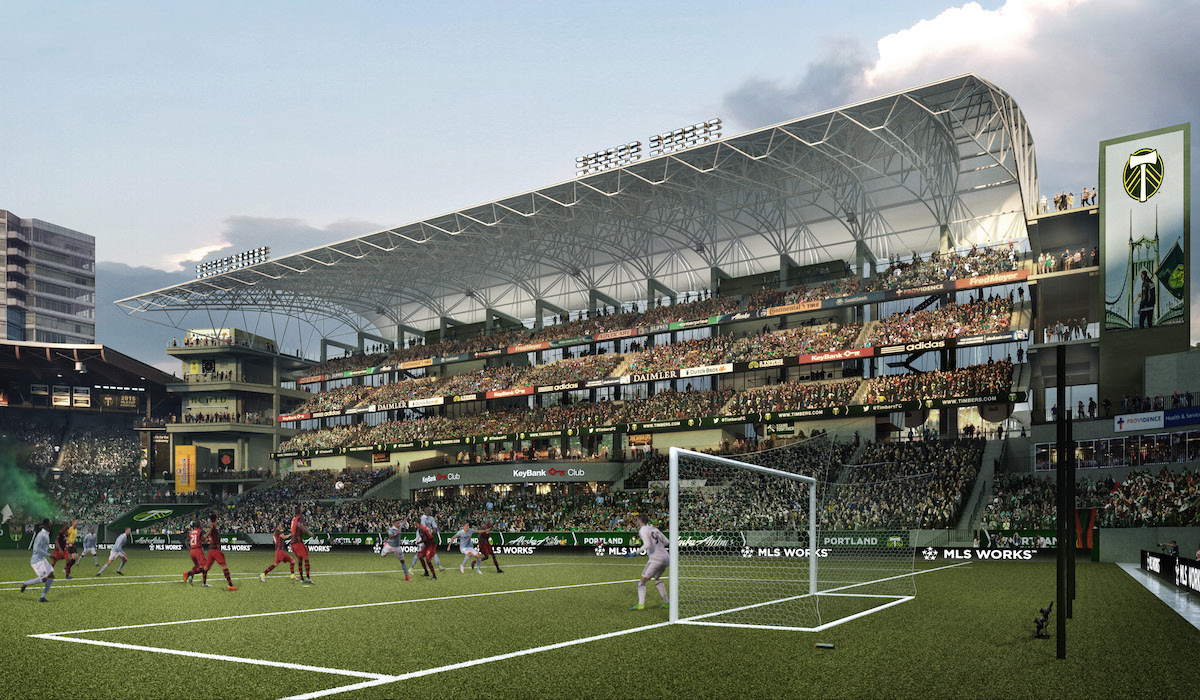 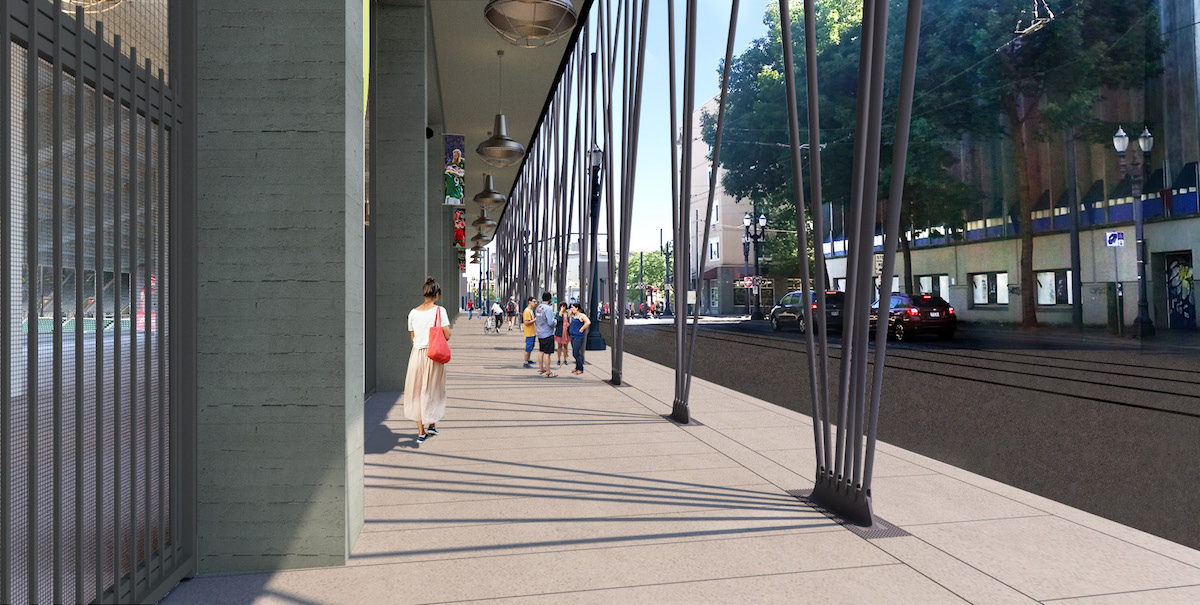 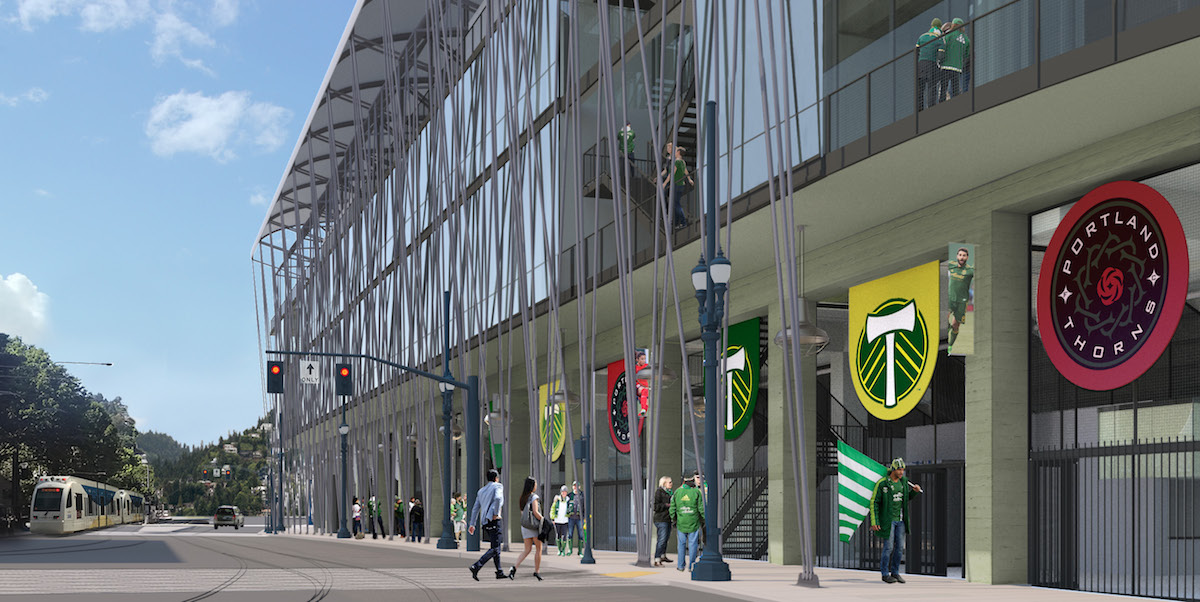 The underside of the new raked seating will be exposed concrete, in keeping with the existing condition at the historic portions of the stadium. The design review package shows various options for graphic treatments that could be applied to expand the perception of concourse openness. 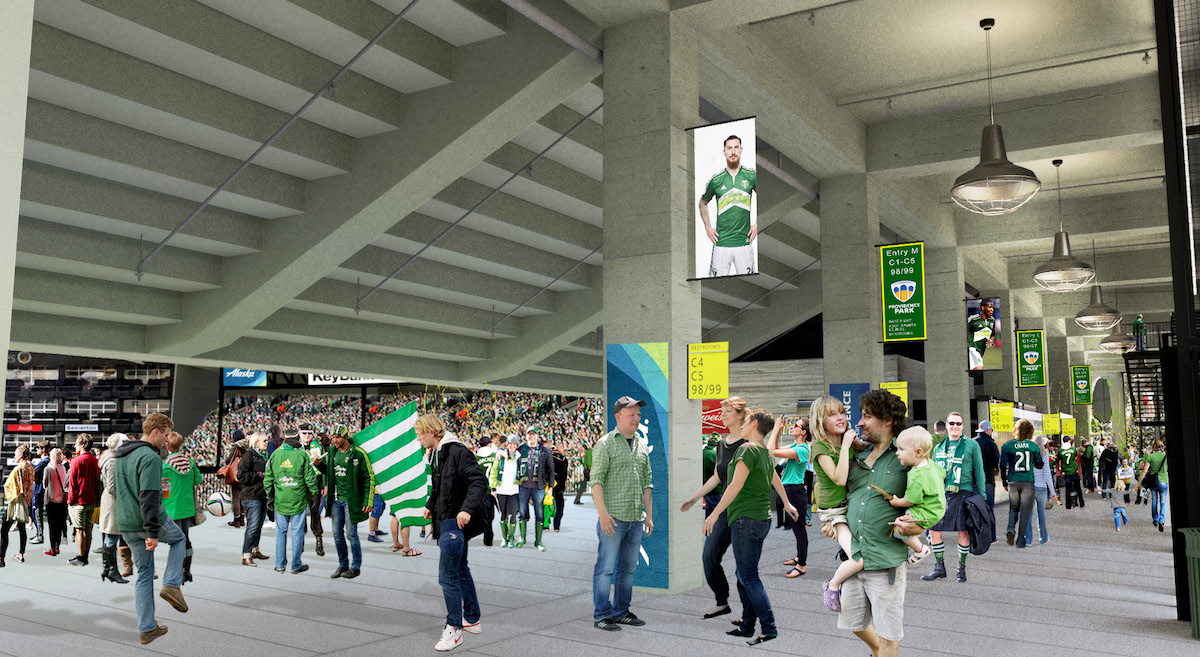 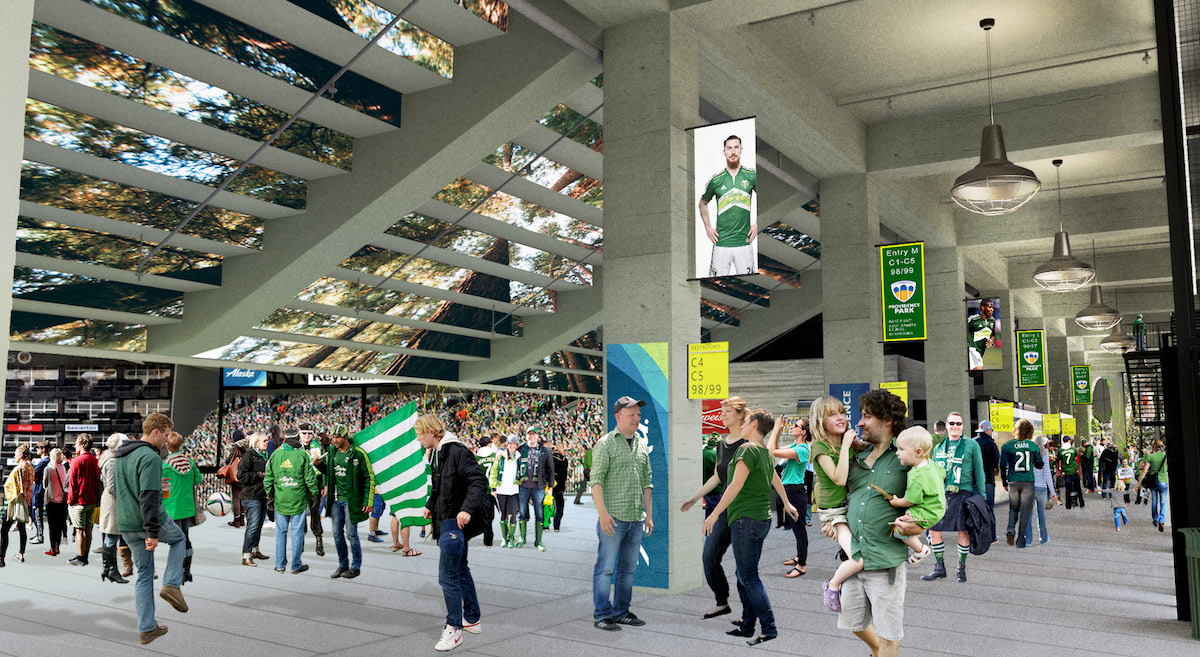 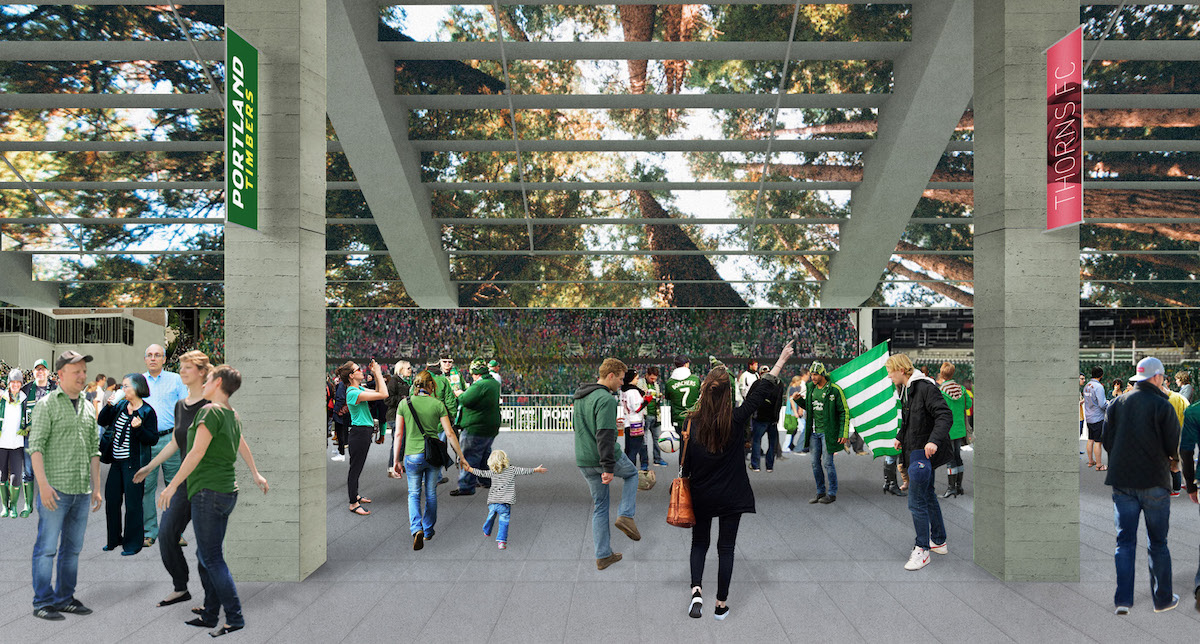 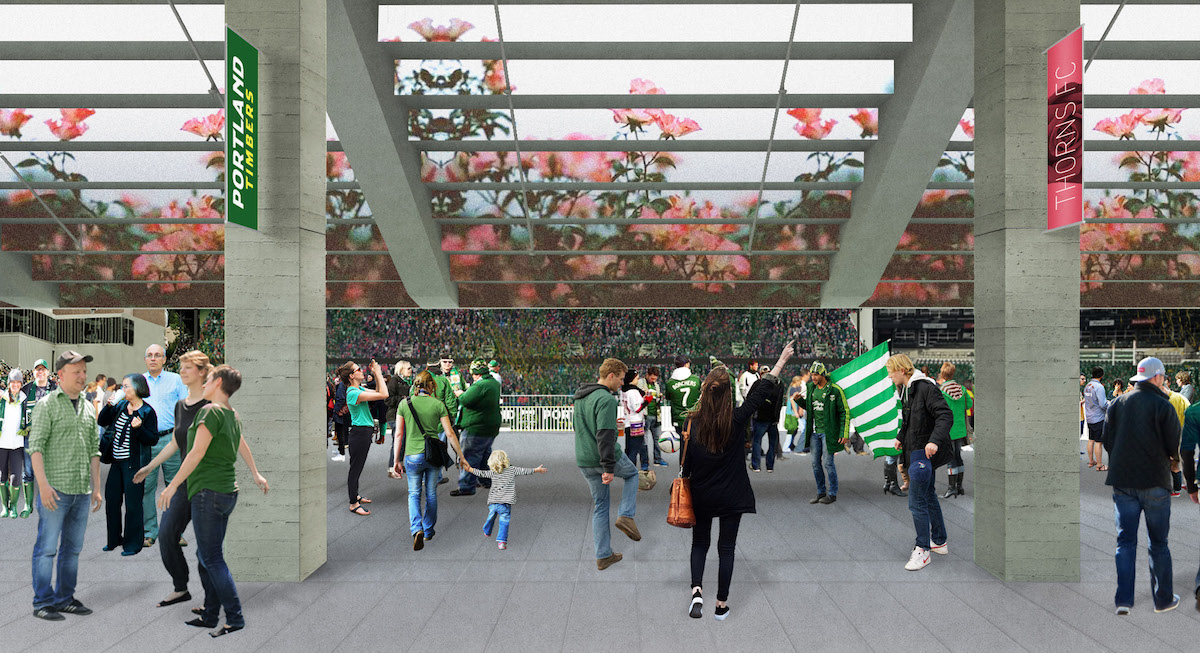 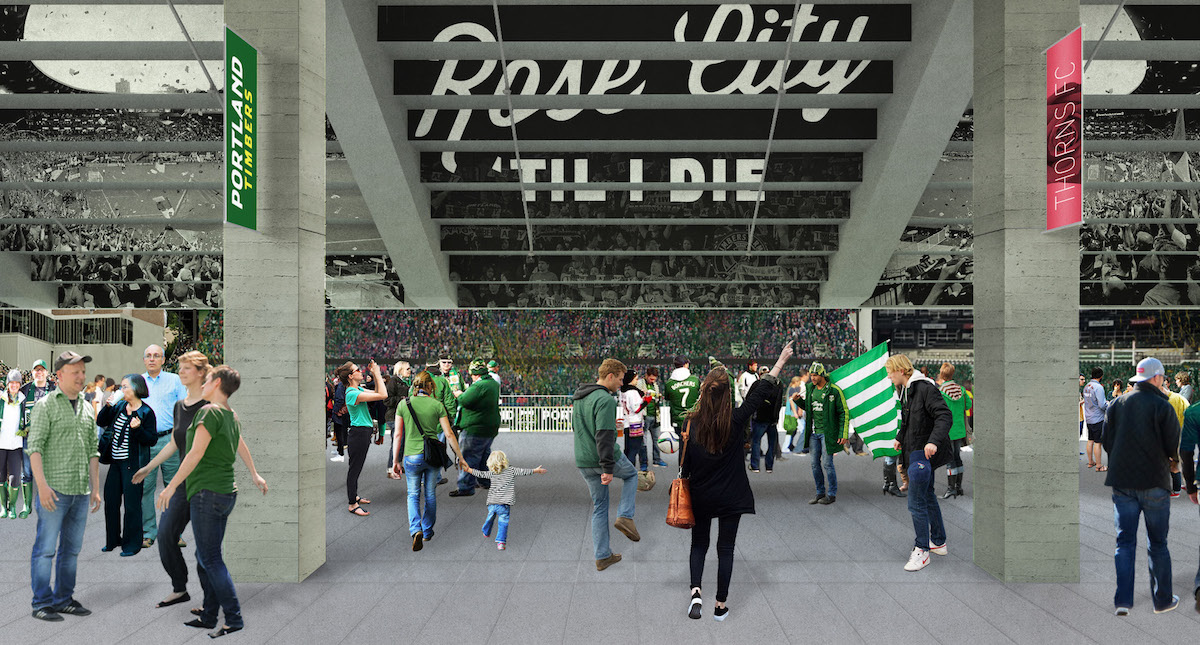 The expansion plan completes an earlier vision for the stadium discovered in a 1926 sketch by A.E. Doyle and Morris H. Whitehouse. The 1926 plan continuous façade plan called for wrapping around Morrison along SW 18th in a two-story arcade. Today, the proposed plan to complete the SW 18th frontage reflects a sidewalk arcade not unlike those found on lower east Burnside, which will continue to permit and expand the existing unfettered public access to the sidewalk as a thoroughfare, while continuing to maintain views and transparency into the stadium from SW 18th Avenue. The proposal consists of a double-height arcade with an at grade vertical clearance over the open sidewalk of 22 feet 7 inches with a clear sidewalk corridor of 11 to 13+ feet. Above the first floor, the arcade consists of pedestrian circulation corridors within the public stadium under a cantilevered roof canopy projecting 120 feet towards the playing pitch. This configuration allows the stadium to accommodate new seating, amenities and support spaces at the upper levels fully glazed to the east facing the City, while preserving and enhancing the at-grade pedestrian views, light, travel and safety along the SW 18th Street frontage.

Subsequent to the Design Commission’s approval of the design, the City Council unanimously voted on September 13th to approve a major encroachment review. The city council approval was the final step in allowing the building to extend into the the right-of-way.

Building permits are currently under review for the expansion. According to the Oregonian construction is expected to take place over two years, with below-grade work beginning after the conclusion of the 2017 season. 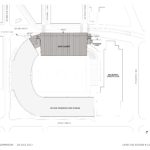 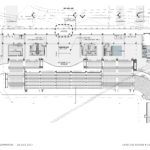 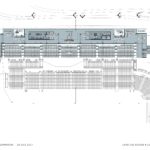 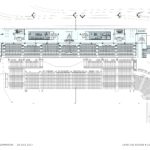 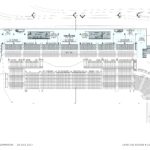 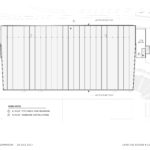 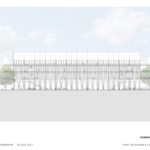 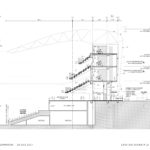 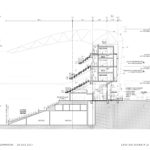 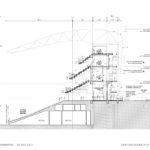 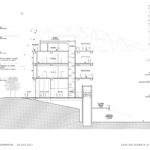 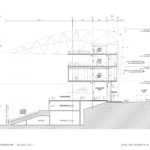