This post is the third in a series on the high-rises currently under construction in the North Pearl. See also Part I about the Cosmopolitan on the Park and Part II about The Overton.

At 178′ tall, Block 17 would dominate almost any other neighborhood in Portland, and yet it is the shortest of the three high rises currently under construction in the North Pearl. The building at NW 12th & Overton is composed of two distinct forms, divided by a semi-public courtyard: a five story low rise building on the eastern half of the block; and a 16 story tower on the western half. Between them, they will create 281 rental apartment units. 210 vehicular parking spaces will be located in a below grade garage. 422 bicycle parking spaces will be provided, with one space in each unit, and the rest in a secure storage room. The building’s design is by Boora Architects for Hoyt Street Properties in partnership with Atlanta-based Wood Partners. 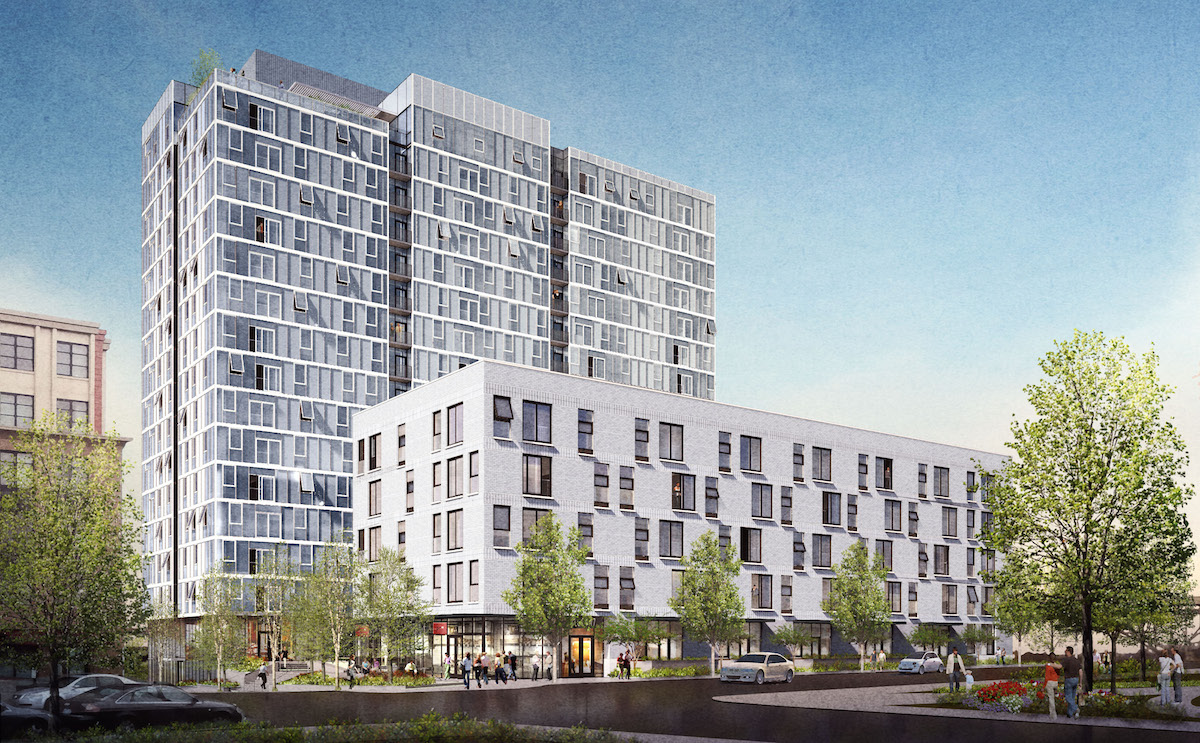 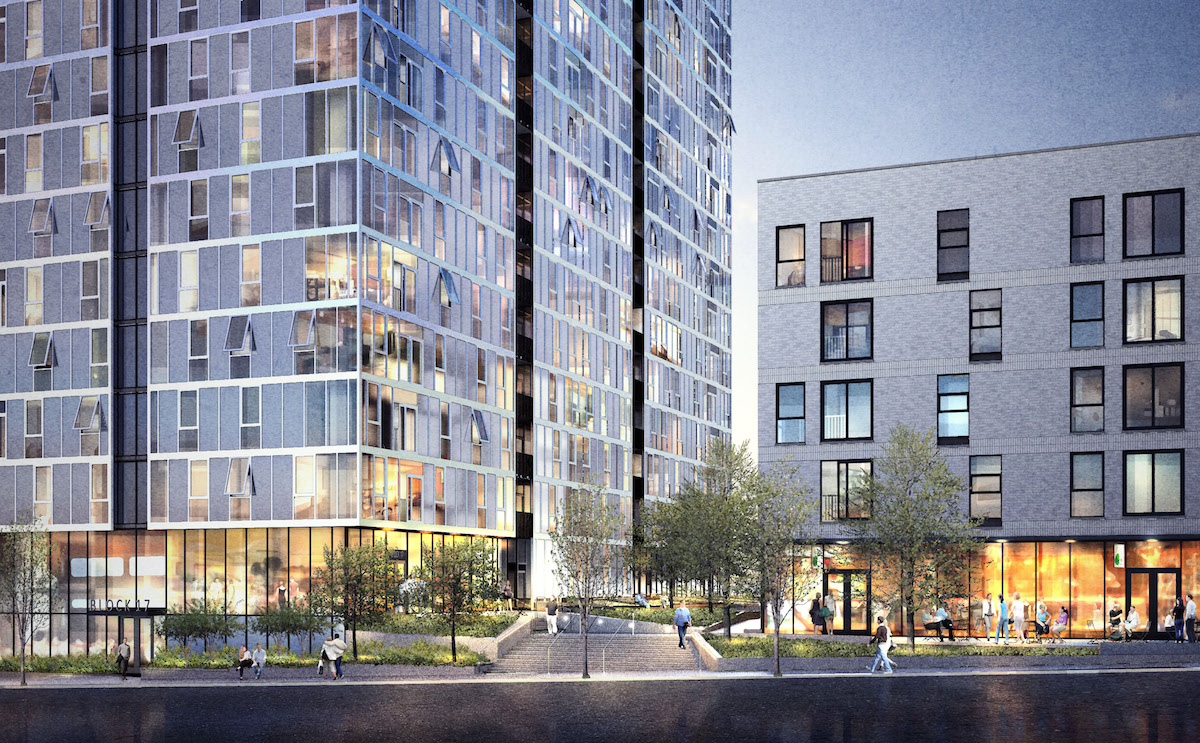 The tower building will have 215 apartments and 3 flex units. The 16th floor will have an indoor common room and outdoor terrace, accessible to all the residents of the building. The cladding system is a glass and white metal curtain wall system with sections of darker glazing. 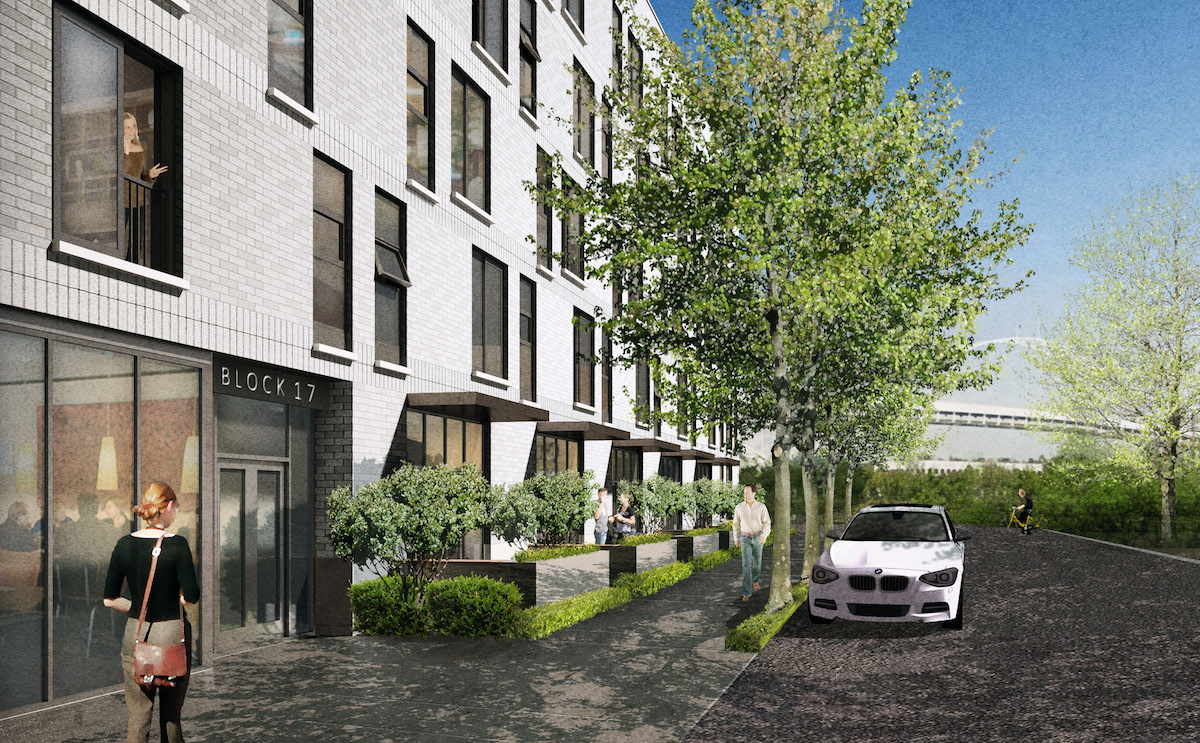 The lower rise building will contain 58 apartments, 5 flex units, and small retail space at the ground level. The building will be clad in a pale brick, a material also used on the northwest of the tower building. Aluminum windows are arranged in a staggered alignment.  The main entrance to the low rise building will be on NW 12th Ave, directly opposite the Fields Park. 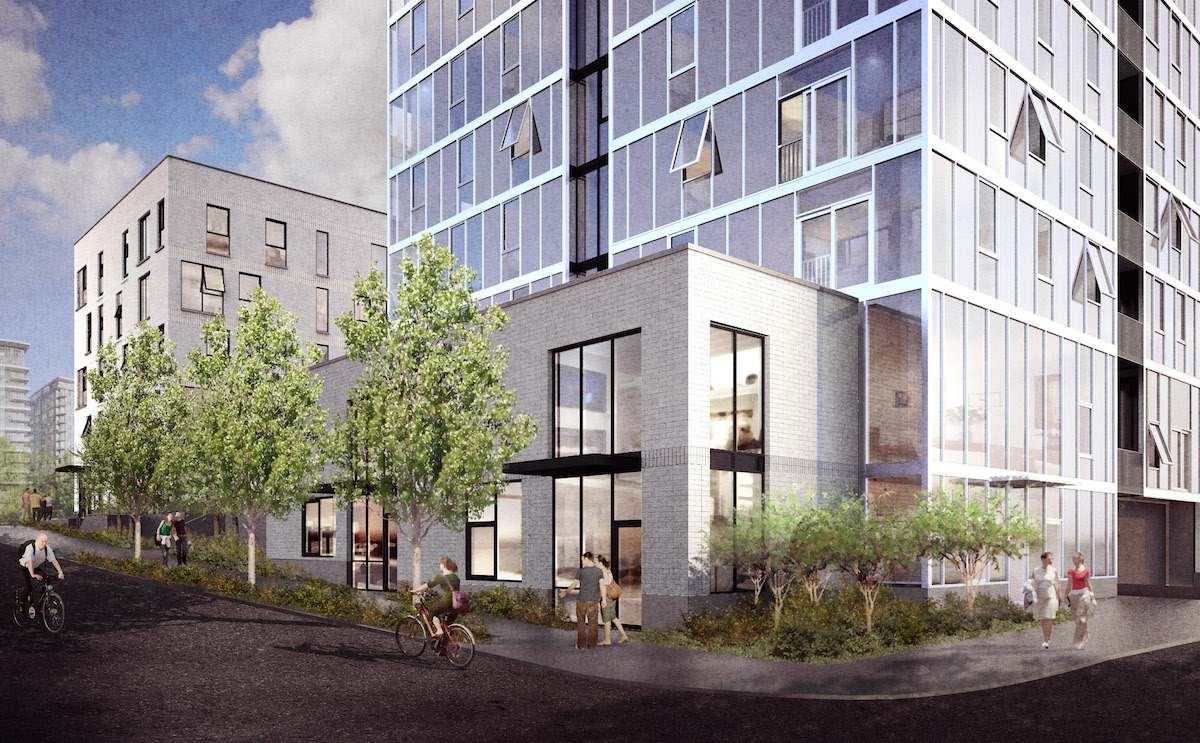 NW Pettygrove will be improved to the Pettygrove Green Street [PDF] standards, part of a City strategy to create a green link between the Fields, the future Conway Park and Wallace Park. The north-south courtyard runs between NW Overton and Pettygrove, in alignment with the courtyards at the Sitka and the Bridgeport condominiums. Although raised above the level of the street, it will have wide stairs at each end to encourage the public to walk through it. Accessible ramps are provided at the south entry. 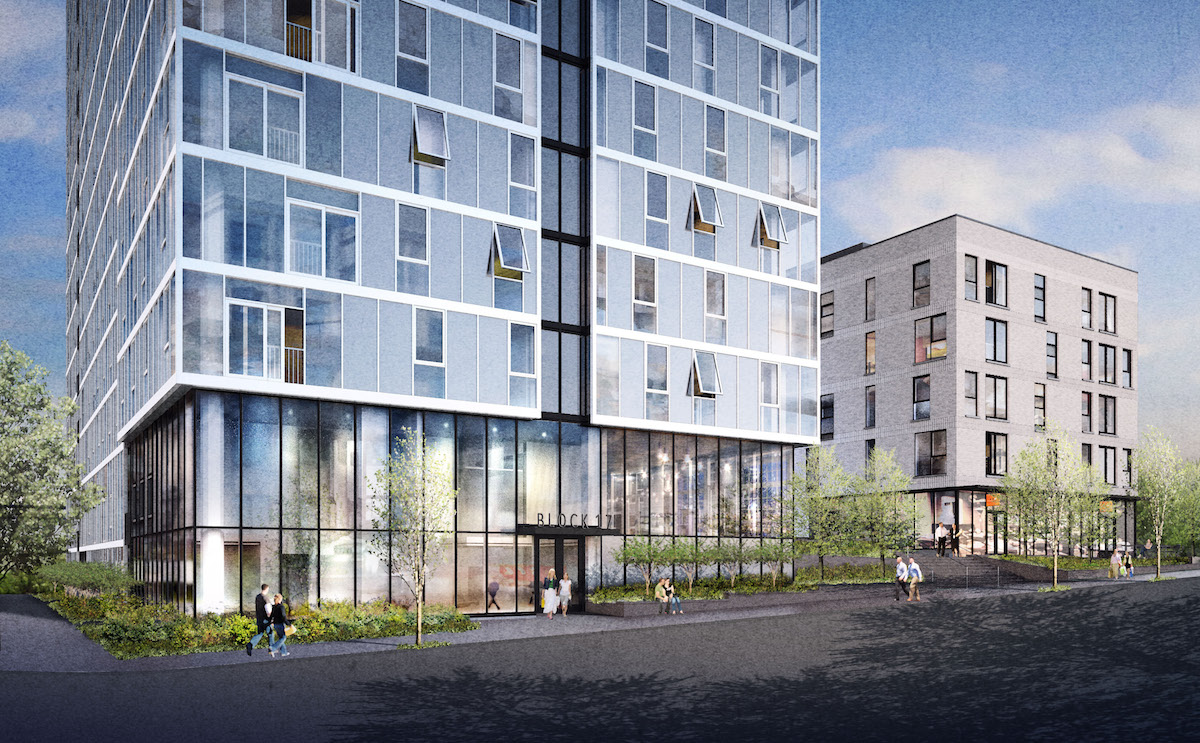 The building was approved by the Design Commission in September 2013, and construction began in June 2014. During the Design Review process, three written responses were received. Two were in objection to a modification that was ultimately granted for a reduction in the size of the bicycle parking spaces. The third was from the Pearl District Neighborhood Association, in broad support of the building, but with concerns about the choice to use brick at the northwest corner of the tower building. In the Final Findings And Decision By The Design Commission [PDF] the building received strong praise:

The project is authentic and honest in its design. The material palette is simple and of a high quality. The buildings are straightforward, but incorporate subtle details and shifts for an interesting ensemble. The landscape is an integral part of the project, not just in the promenade, but around the perimeter and establishes a strong connection to the Pettygrove Greenstreet and Fields Park.

The project has greatly improved since the Design Advice Request with regard to ground level engagement and activity, as evidenced in C.20-C.23.

The intent for a high quality project is evident in the drawings and samples provided by the applicant. 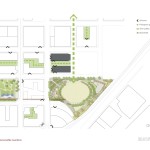 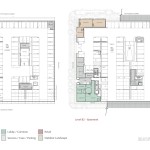 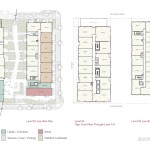 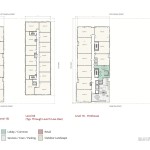 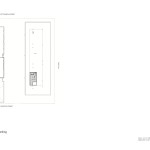 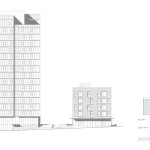 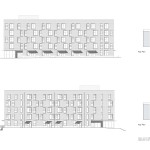 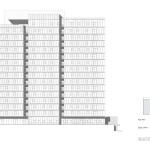 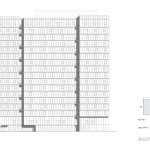 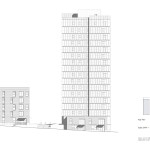 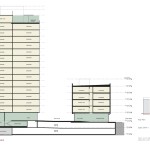