The Mason Street Apartments are currently under construction at the corner of NE Mason St and NE Martin Luther King Jr Blvd. The 5 story building will include 36 apartments, with tuck under parking for 7 cars. The project design is by TVA Architects for VWR Development, the same team behind the recently approved Jefferson 14 Apartments. Exterior materials will include board-formed concrete, ribbed & smooth metal panels, and fiber cement panels. Wood storefront windows will be used at the ground floor retail units, with vinyl windows at the upper floors. 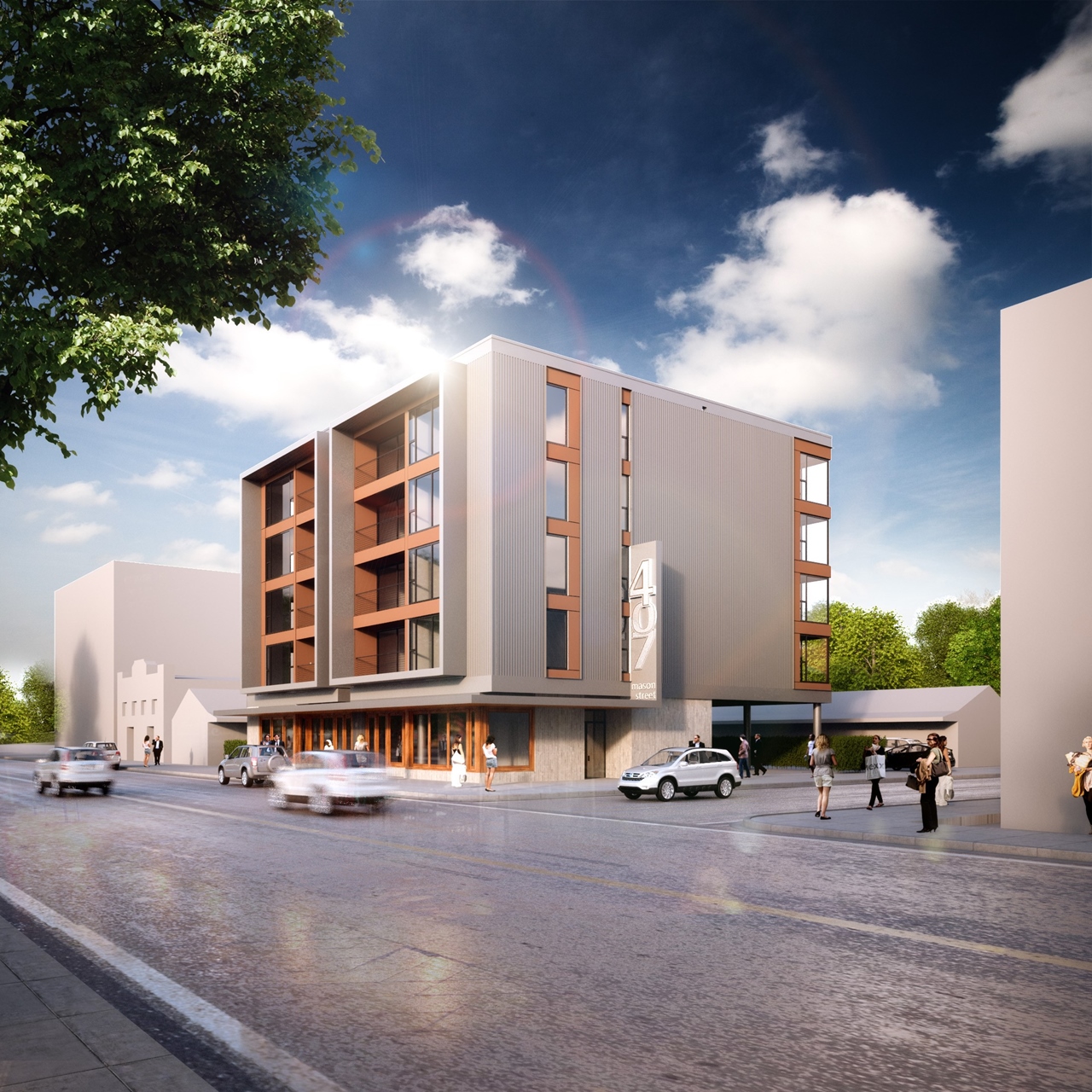 The ground floor of the building includes 2,025 sq ft of retail space, which can be let to a single tenant or divided into two smaller units. 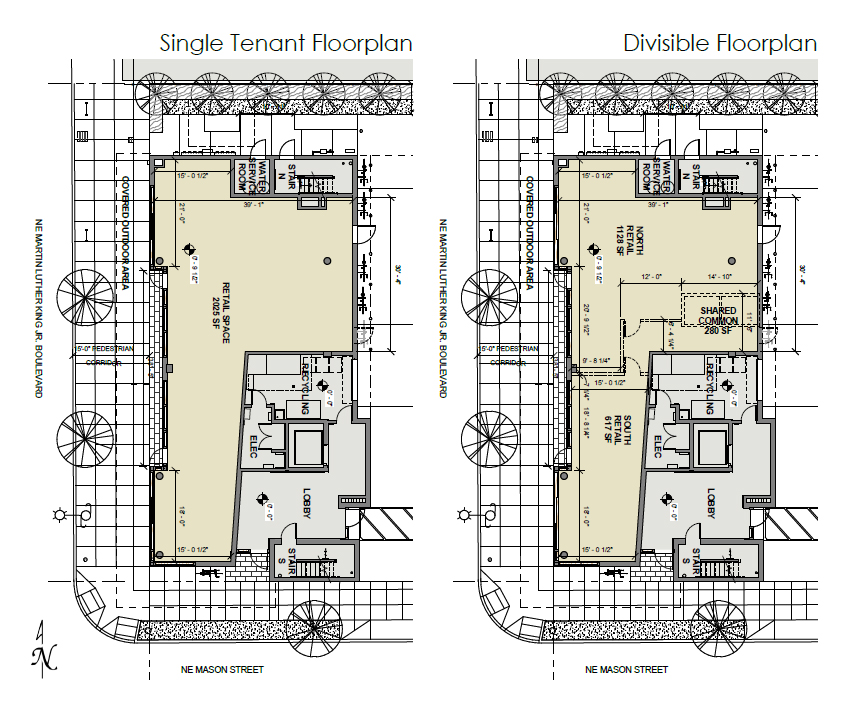 The design of the building was approved by the Bureau of Development Services in December 2013. Three written comments were received from the public, two of which were general in nature and offered suggestions for the retail use. The third objected to low number of vehicular parking spaces. In the Notice Of A Type II Decision On A Proposal [PDF] the quality of the proposed materials and overall composition was praised:

The design review process exists to promote the conservation, enhancement, and continued vitality of areas of the City with special scenic, architectural, or cultural value. The proposed mixed-use development will enliven a currently underdeveloped area through cohesive site and building design, thereby improving the quality of the adjacent neighborhood. The building employs high-quality materials and multiple forms that break down its overall mass while maintaining a clear street edge. The building will also be respectful of the original patterns and types of development in the Albina area along NE MLK while meeting the density goals and regulations of the zoning code. The proposal meets the applicable design guidelines and therefore warrants approval.

A building permit for the Mason Street Apartments was issued in May 2014. The project is scheduled for completion in 2015. 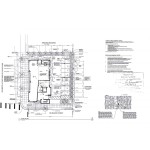 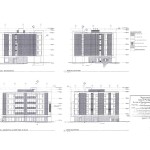